Finally, the last of my Mospeada ride armor reviews. I know CM's made a few more ride armors, but I am only focusing on the core team as seen in Genesis Climber Mospeada (otherwise known as Robotech the Next Generation).

If you want to get all the Ride Armors, the only option is CM's. Not even the vintage Gakken toys did a Rand version. Despite all the flaws and complaints, if you want the whole team, you need the CM's versions.

I've gone over the other releases in detail, so i'm not going to go into extreme detail about what works and what doesn't here. Instead I will focus on what makes the Yellow release different.

As a child, the character of Lance aka Yellow, confused the hell out of me. Was he a man or a woman? What was this sexual ambiguity in my childhood TV shows? My underdeveloped brain couldn't handle it. I just accepted that it was what it was.

So the box is the same as the other boxes, but with different pictures this time. 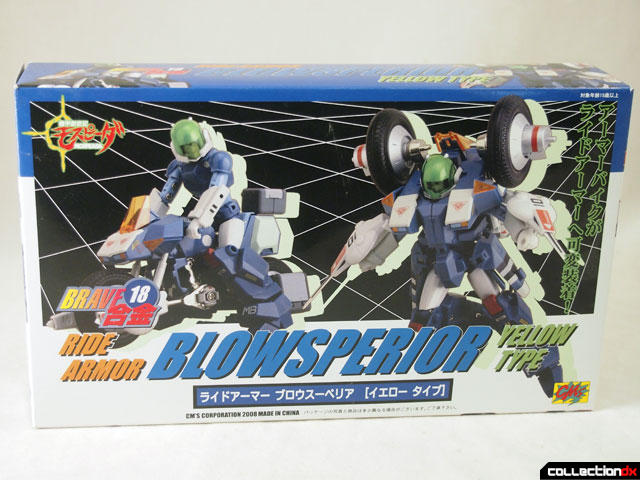 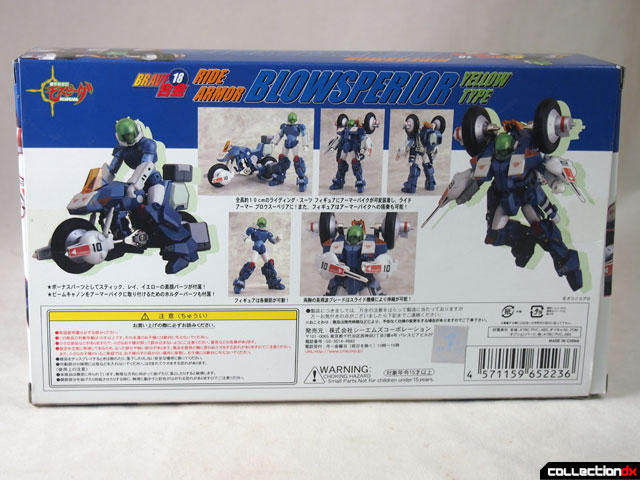 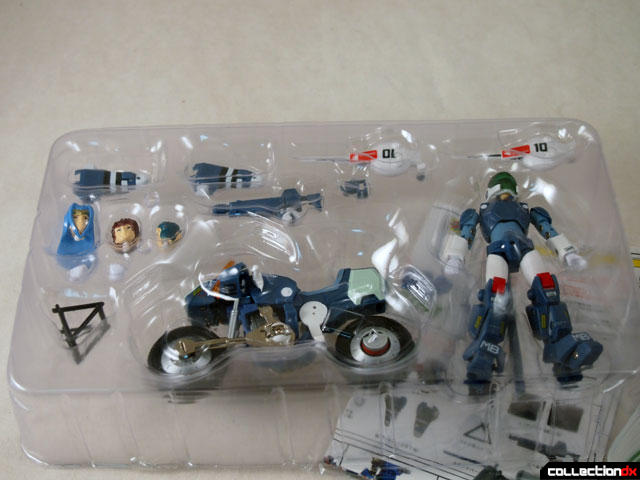 Yellow is not yellow, by the way. It's one of those ironic naming things I think. He looks good with his ride. 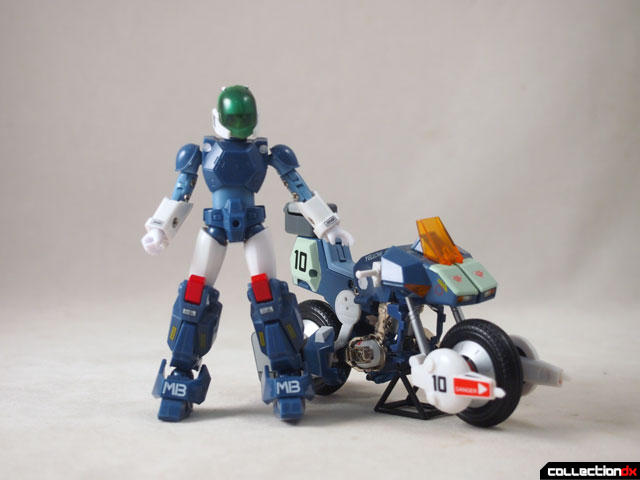 The microman-inspired figure is pretty neat, despite some odd cut joints for the knees, hips and ankles. 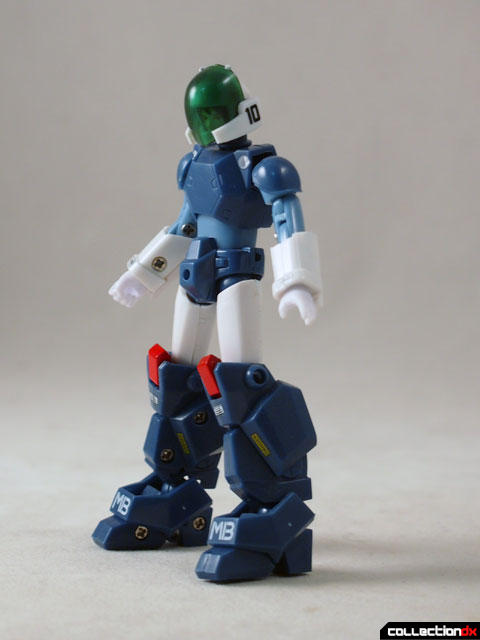 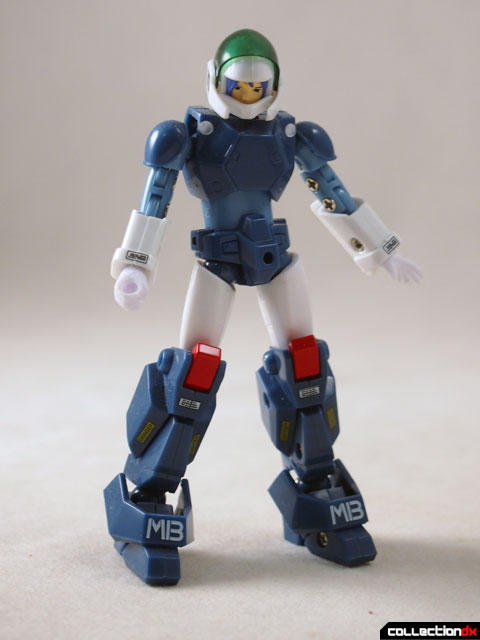 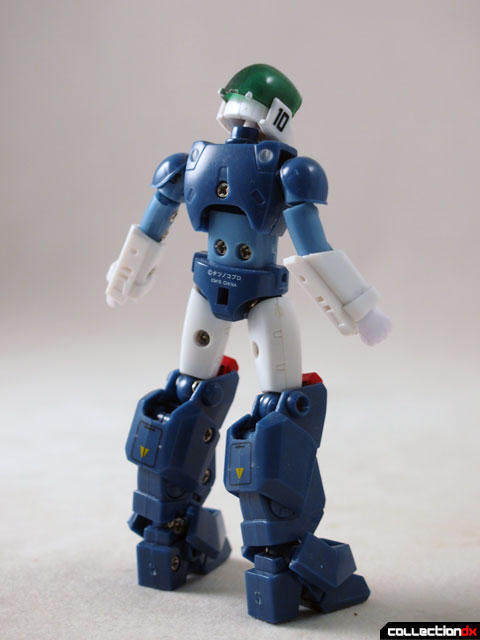 He moves in places! Nothing clicks! 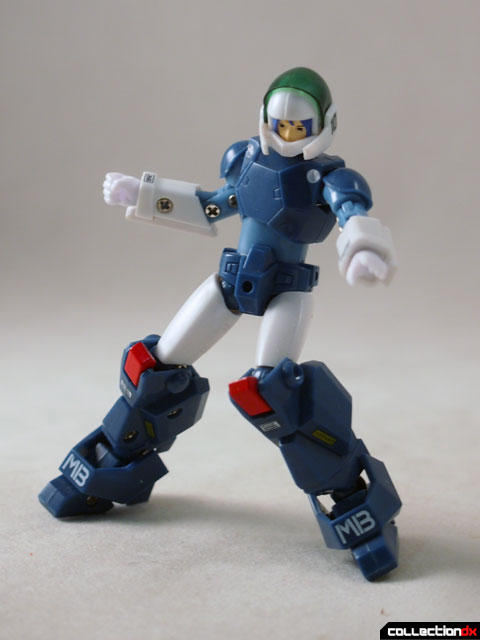 Yellow comes with an alternate un-helmeted head, and as a bonus comes with heads for Stick and Ley. While Yellow's looks ok, the other two look terrible on the rider bodies. 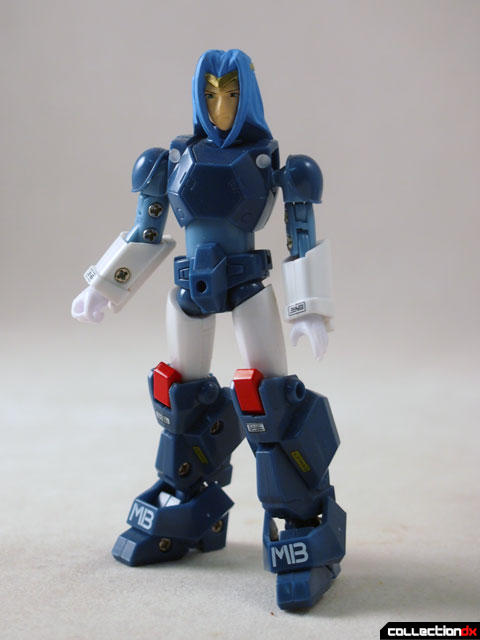 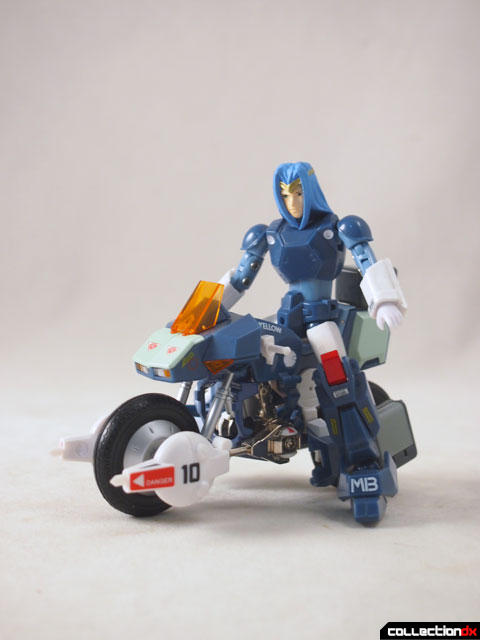 Getting Yellow to stay on the bike is a bit of a hassle, but it's aided by a peg that attaches to the rear of the armor of the figure. I can never figure out quite what to do with the feet, although they are supposed to rest on pegs which I neglected to pull out for these photos. 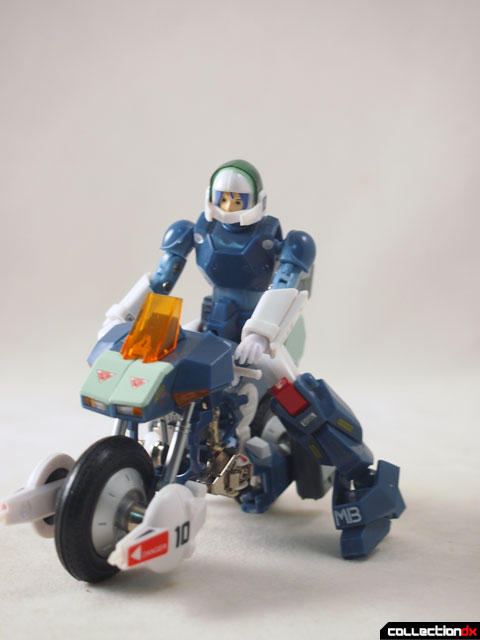 The bike looks great with the addition of the extra containers on the back. A triangular stand helps hold the bike upright. 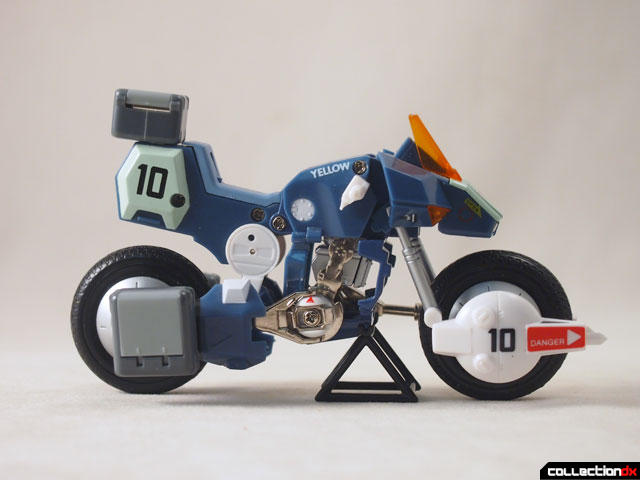 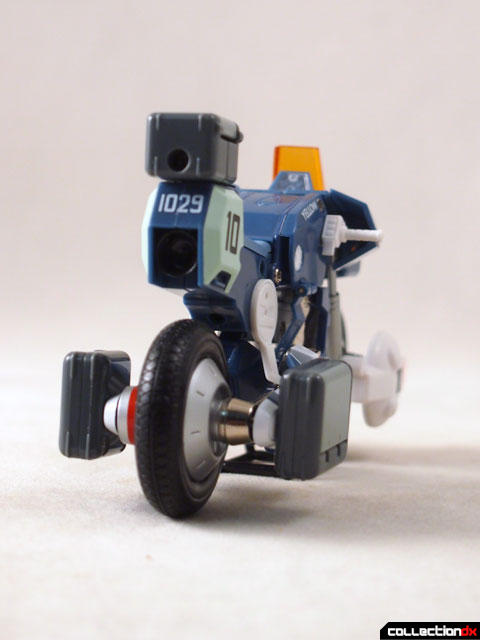 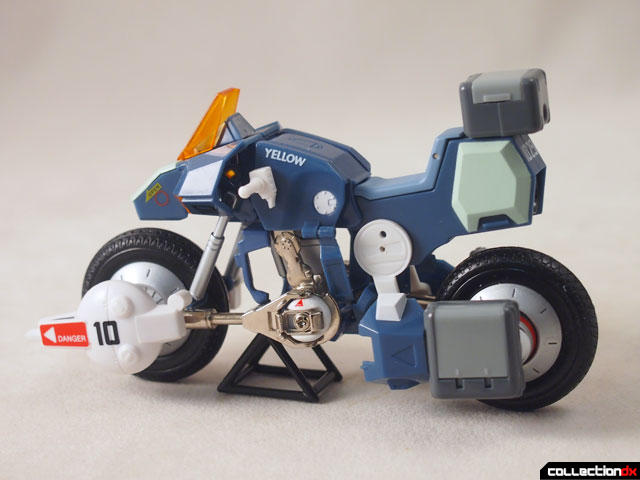 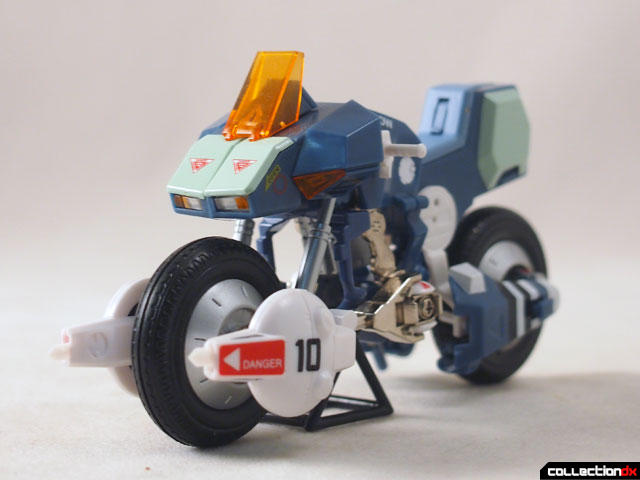 Yellow's gun can mount on the side thanks to an additional clip that attaches to the front of the bike. 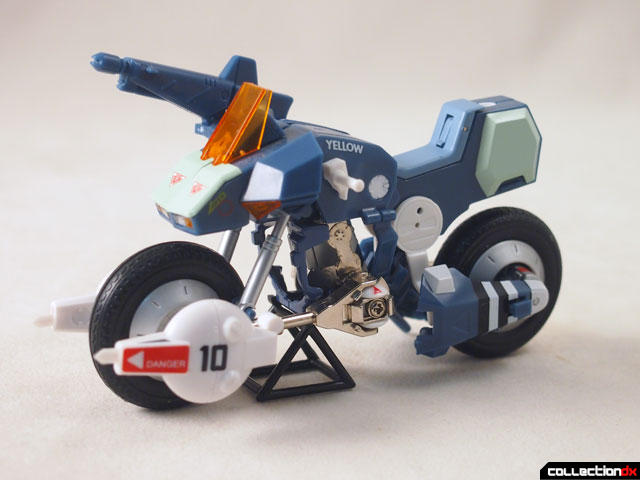 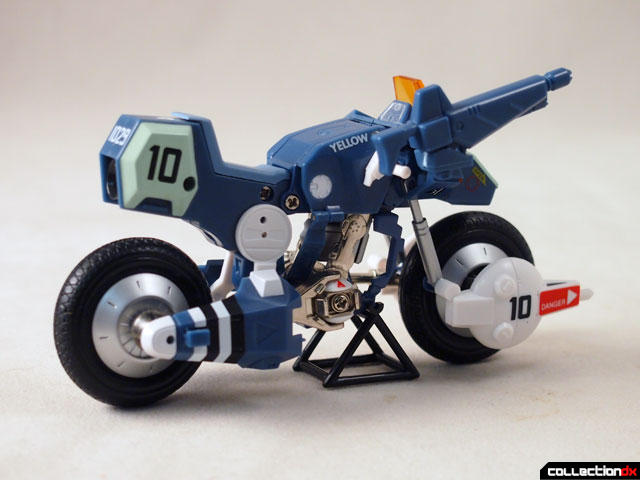 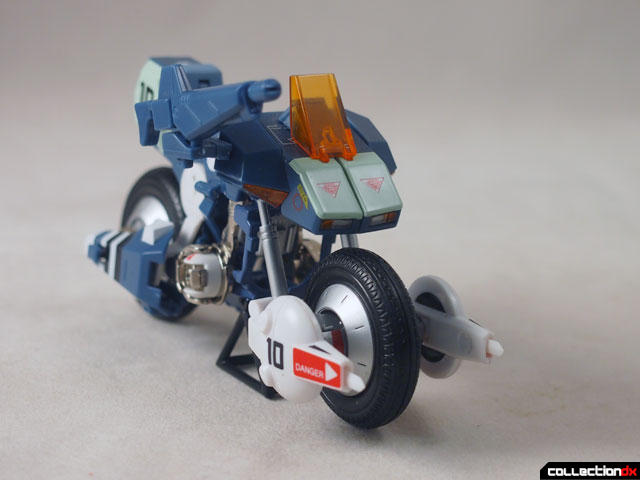 I could go on and on about the issues about transforming this from bike to armor mode. I could complain about the dodgy connection points, the thin connecting bars, or the too-tight sliders for the wheel bars. I feel though that you've heard it all before in the other reviews. Make no mistake, this isn't a good toy, no matter how it looks in photos. 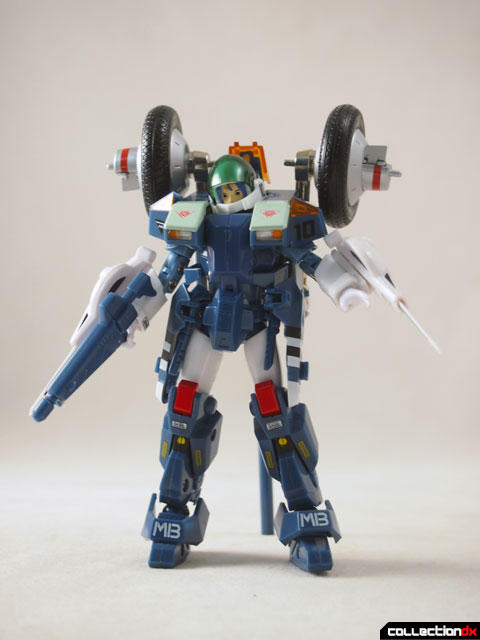 The awkward stand is still required to be able to stand the figure upright. Why couldn't this be molded in clear to be less obvious? 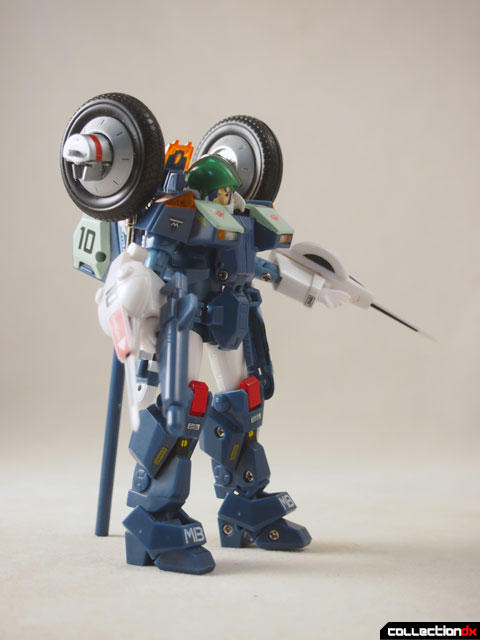 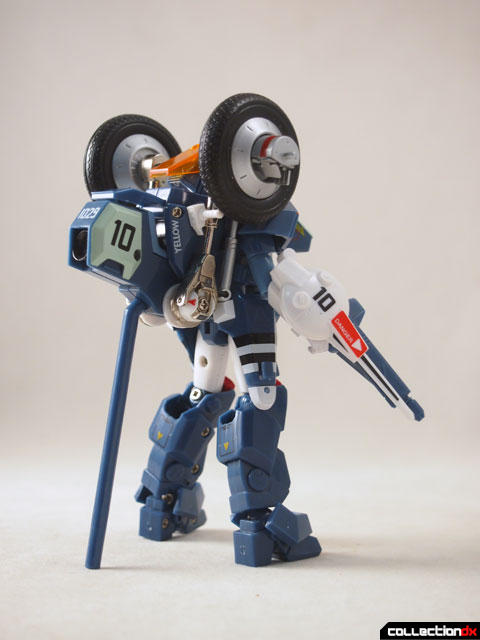 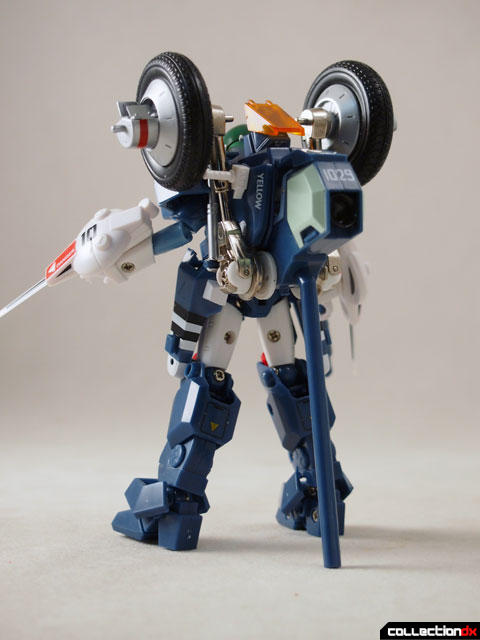 There are several new parts including the shoulder armor and bladed arm weapons. The blades extend from each of the units. 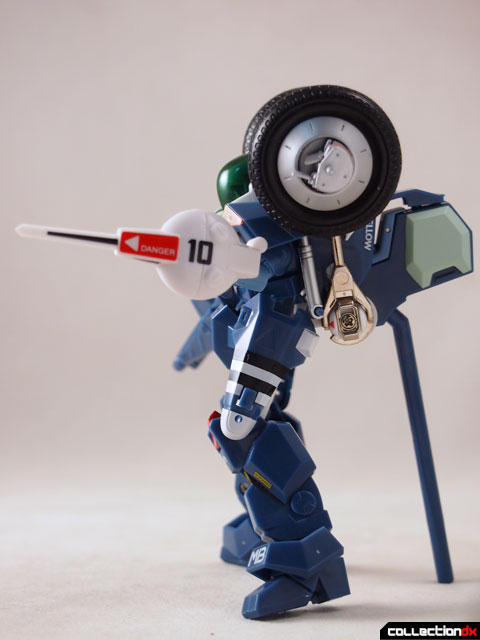 The gun can also be held in the special gun holding hand. 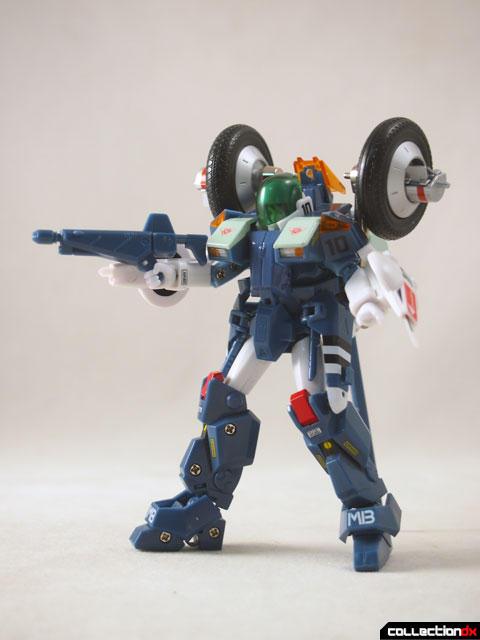 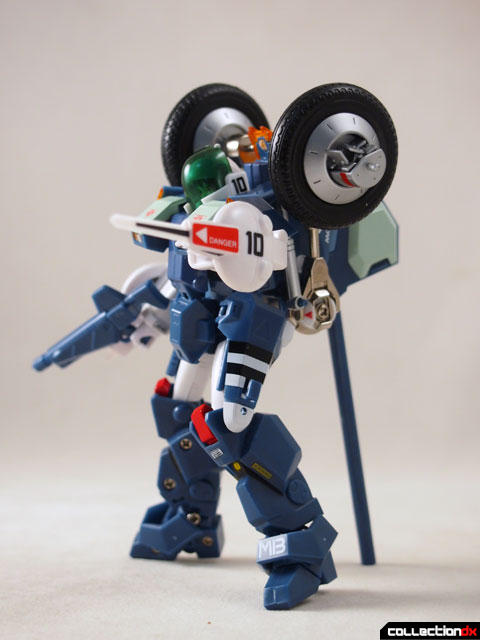 I finally have the set of all the ride armors, and although I am unhappy with each toy individually, I am happy with the look of the set together. 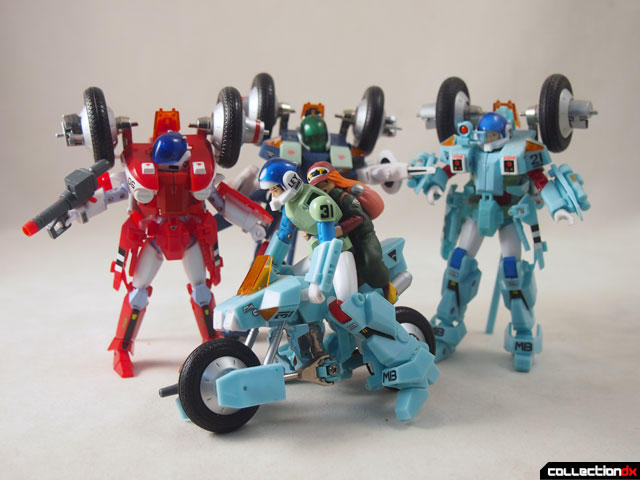 However I have one more thing to do with them...

Thanks for reviewing these. I'll be taking your advice and not buying them, but I am trying to work my way through building models of all four bikes. Since only one kit is available, the photos you've taken will be very helpful when I'm doing the mods to the other three.