As a cynical, aging hobbyist, I am rarely “blown away” by a toy. The Psycho blew me away. This is really an astonishing toy.

I am not a Gundam guy. I’ve built a few models, watched a few episodes, but I’m generally underwhelmed by the designs and bored by the ubiquity of product. Further, while I am consistently impressed by the photographs of Fix Figuration figures, I can’t get on board with small, fiddly PVC toys. I was intrugued by the advent of the Metal Composite sub-set though, and finally took the plunge with the Psycho, the most ambitious of the MC releases to date. I’m glad I did.

The Psycho is a giant slab of modern toy goodness. It’s an adult collector’s toy of Bandai quality, but distinct from the SOC offerings.

The Psycho’s box is impressively large and heavy. The graphics are understated and sophisticated, more like those of high-end electronics than a toy. 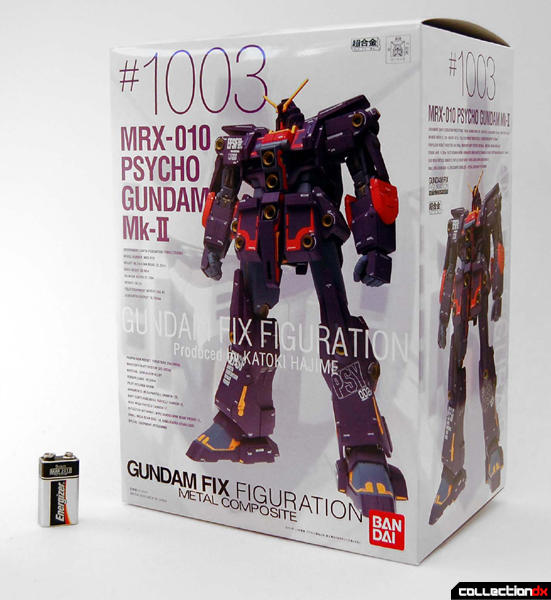 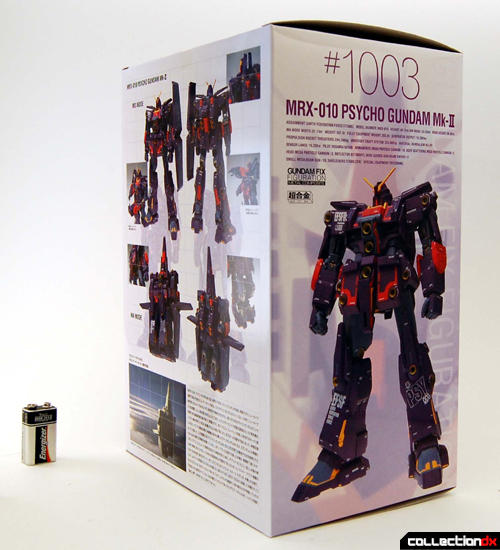 Inside is a double-sided styrofoam coffin. 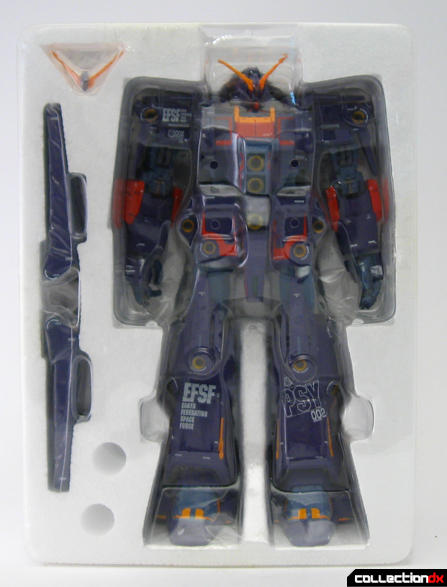 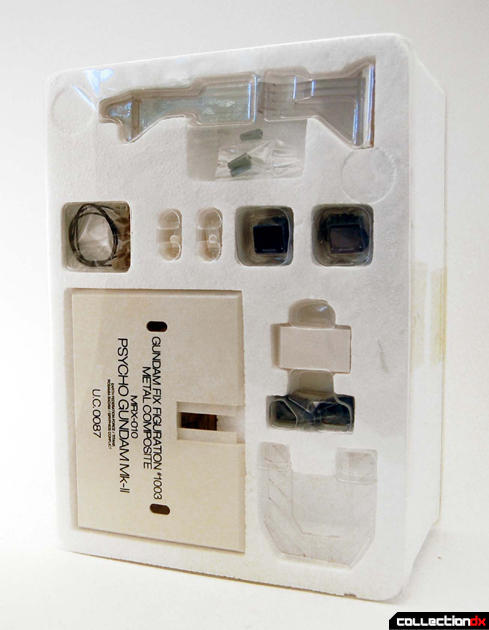 The first thing I noticed is the size. The Psycho stands at 11 inches. The second was the heft. 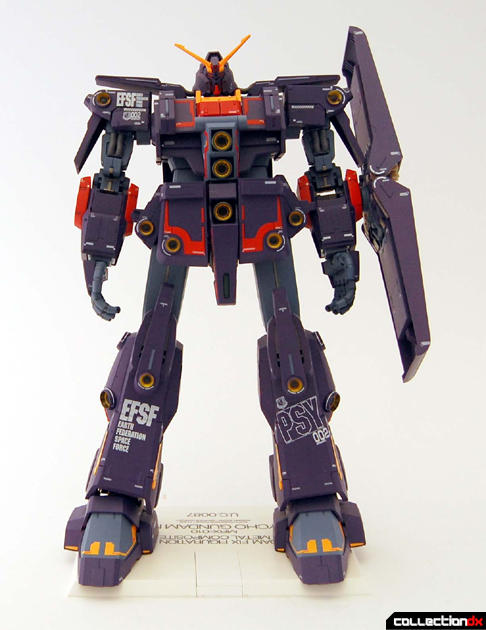 While there is no diecast immediately apparent, the piece is arm-taxingly heavy, almost uncomfortably so. 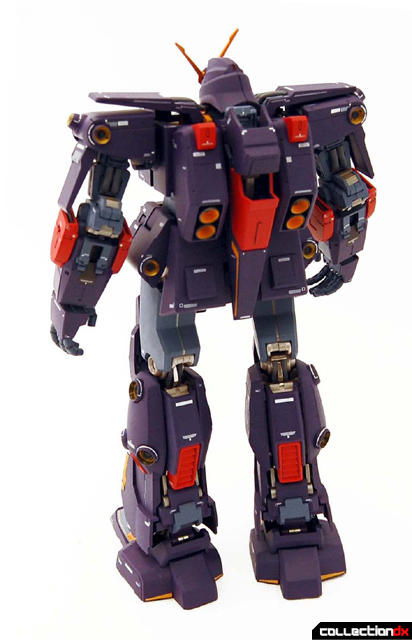 The Psycho’s skeletal frame is largely metal, and of a polished quality I’ve never seen before. All of the visible plastic is the same high-grade matte ABS that Takara used for the DMZ Zwei Votoms releases. 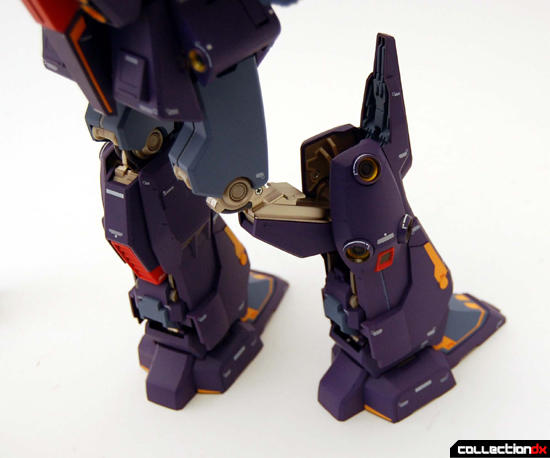 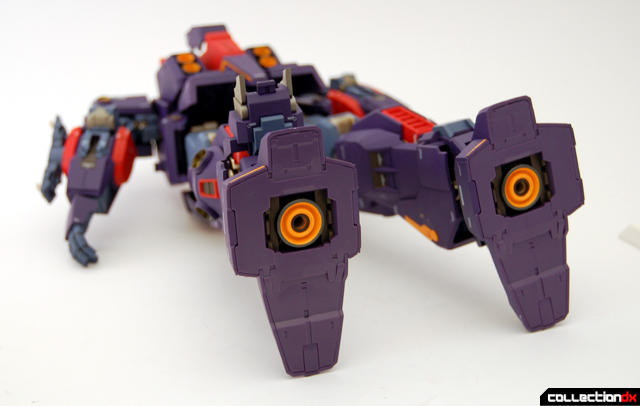 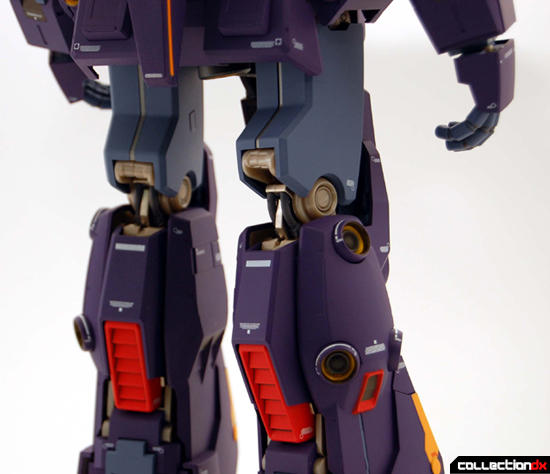 The paint apps are lavish. The transformation is lavish. 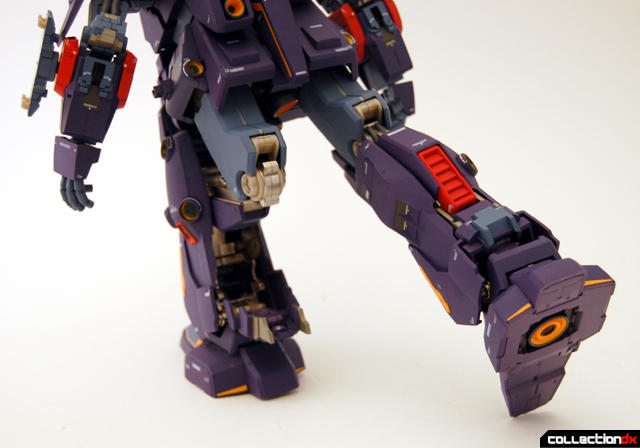 The transformation sequence, ultimately in service of a lame pseudo-alt-mode, is as complex as any toy you can name. The Psycho turns into a blocky, awkward ship, but the way you get there is so beautifully done that it makes the mode worthwhile. Just depressing the head a half inch takes about eight steps. 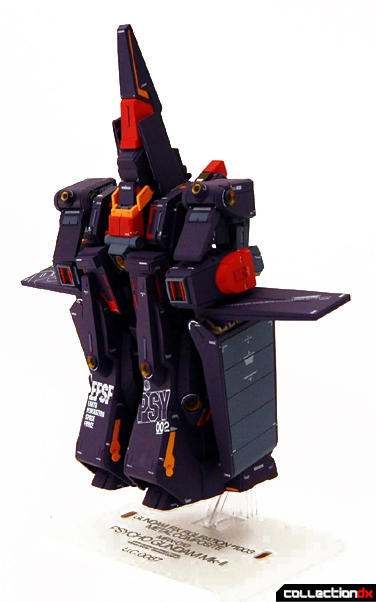 Both modes are accommodated by a tasteful stand. 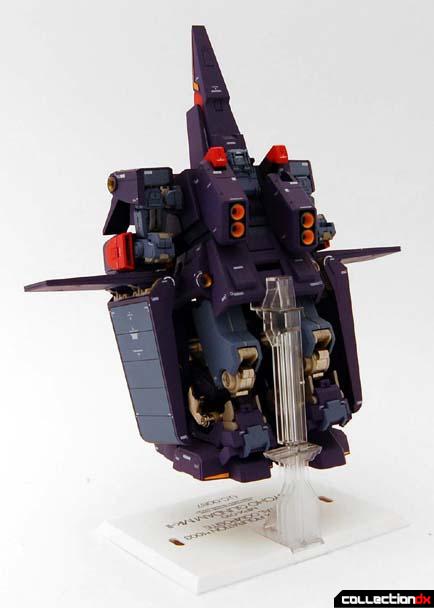 The Psycho is toy-making at it’s cutting edge. I can't recommend it enough. It's one of those toys you immediately "get" the moment you hold it.

19 comments posted
I had this figure, well to

I had this figure, well to be exact, I had the chrome Tamashii nations version. I thought it was kinda cool and it is huge. The only bummer is that the front crotch skirt was broken out of the box. So I ended up giving it to JoshB. He should be reviewing it any day now. Should be a fun comparison.

This is an entirely different figure. This is the Psycho Gundam MK-II, The one we had was the first Psycho Gundam.

Doesn't it transform into a formula one car? LOL I am probably the only one that will get this joke....

LOL. You can tell you're not a big Gundam collector--this is the first Psycho review I've ever seen where there isn't at least one pic of a smaller Gundam toy staring up at the towering Psycho! (That and no "action" poses with him kneeling and firing or anything like that, LOL.) ^_^

Nice review. As I get older (and fiddle less with my toys), I prefer things that just LOOK good right off the bat. Features are nice, but shelf presence can be appreciated 24/7.

I was gonna comment on the wings, but stopped due to my ignorance of the Psycho. I've only seen the toys, never the show. If it flies "up" from that pose, the wings are acting like air brakes. Unless it uses the thrusters to sort of hover and then floats forward...?

I'm a little rusty on the UC Gundam. Is this the one you pilot with your mind by manipulating those little thingies?

Just kidding. I'm not a fan of Gundam, wish I was though, because there's so much awesome merchandise. The mecha designs while very elaborate are just to, well... colourful. But I do love cool toy design, & this is cool. Just love those thruster nozzles. Nice review, love the photos.

Very nice review of what seems to be a quality piece... I think the Psycho MkII is hideous, but I'd check out the MkI if the quality was the same!

Well thats a coincidence, I just bought this last week !
And can't agree more with the review, it is an absolutely amazing toy. One other thing to point out is the purple color, it's awesome. And the feel of the plastic offcourse which they use on all the figures in the line.
I dont have any other toy with that kind of superthin matte surface !
( except offcourse all of the other metal composites, which I have... ;P )

I have both the Mk-I and II and I think the I is the better one between the two, having better articulation. Bandai made the II more ridged for some reason.

Im "PSYCHED" cause I just picked this guy up for 124 dollars from a US seller after reading this review. Ive already allocated a spot in my display case for him. My first "real" Gundam purchase aside from the tiny cheap kits I bought in the past. Now I got my eyes on the Tamashii Nation MK-I, should be it for gundams for me after that since Im not a big fan

Hey chachipower, mind dropping me the name of the retailer you bought him from. I'm very much the same when it comes to Gundams, not a huge fan but I want this guy. I'd appreciate the info. Thanks.

you guys won't be disappointed. I picked mine up from the same guy. I wish I could find a good price on the mk 1, I actually prefer the look, all of that sexy chrome.

I just got mine, and I LOVE it. I usually only buy models, but I found this for cheap(well, cheap relative to the original price), so figured I'd buy it. It's my first figure with diecast, and I had no idea just what it was all about. Just the feel of it is WONDERFUL. The only thing that looks or feels better than this to me is a well-built model.

Nice and evil looking. Which series did this guy appear in?