So what’s a Saint to do when they are not defending Athena or battling evil? Why put on some casual wear and strap a big metal box to your back of course. Today I’m reviewing a new Appendix to the Pegasus Seiya figure - Plain Cloth Seiya. 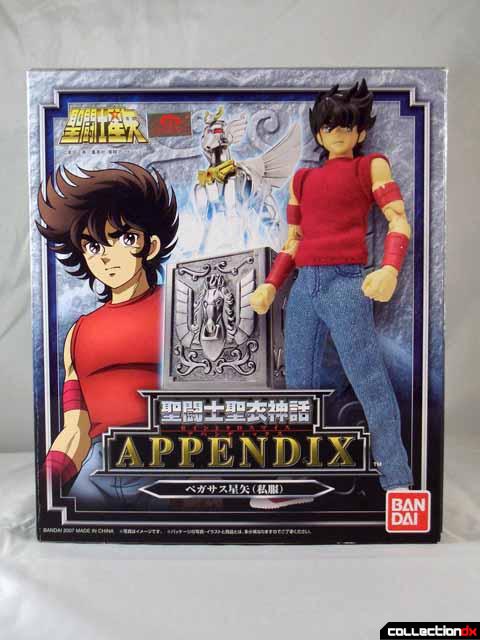 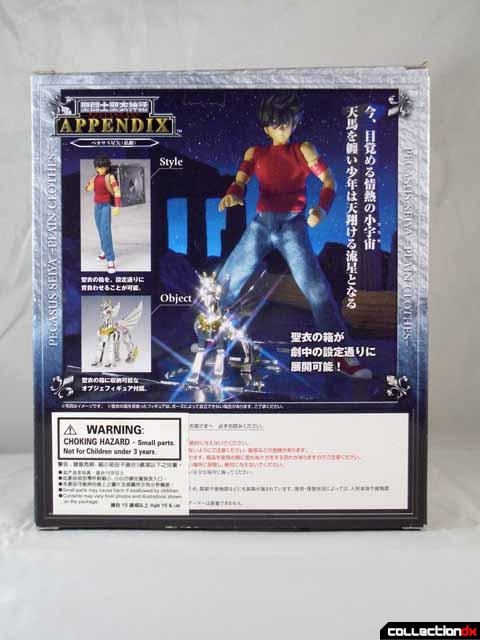 So to explain what you are looking at let me take a step back. If you follow the show and OVA’s then you already know what’s up and you can skip ahead to the next paragraph. For the rest – when a Saint (or Holy Warrior) is not wearing their Cloth (armor) it forms a statue of the constellation they are aligned to and stores itself in a metal box. Now a normal human being would never be able to wear the box on their back like our heroes but they are all highly trained mystic warriors whose strength can “Split the earth and tear the sky”. So you get the point – suspend disbelief as to why they can carry big metal boxes on their back; it’s a cartoon about cosmically powered holy warriors for heaven’s sake. 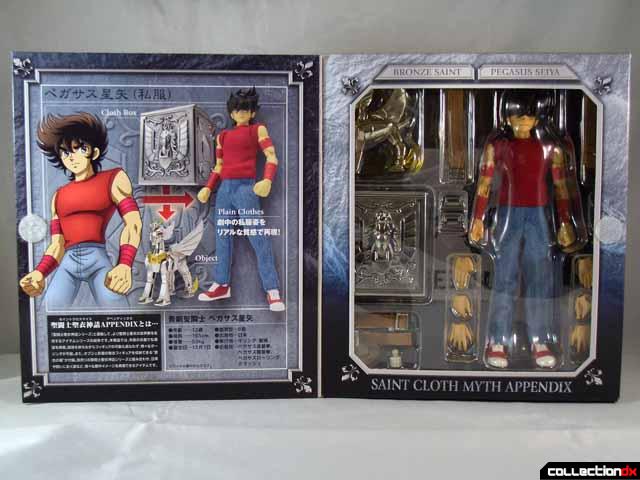 The figure and accessories are packed like other Saint Cloth Myth figures and accessories, in a book-style package with lid and window box. The package is only a single tray with the figure and parts neatly arranged. I will say Bandai has the whole “packaging and presentation” thing down to a science. 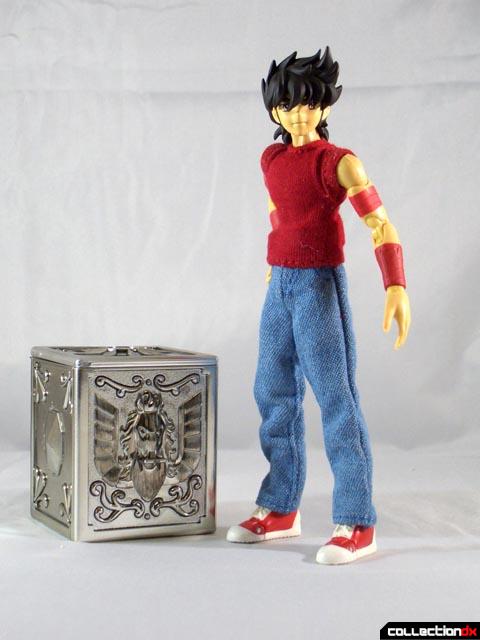 Seiya appears to be the same body type as the main figure but is dressed in a cloth outfit. The pants look like denim and the shirt is a basic red fabric. What I do like about the cloth figure here is the outfit fits him well without looking sloppy (something that can plague poorly manufactured cloth decorated figures.) 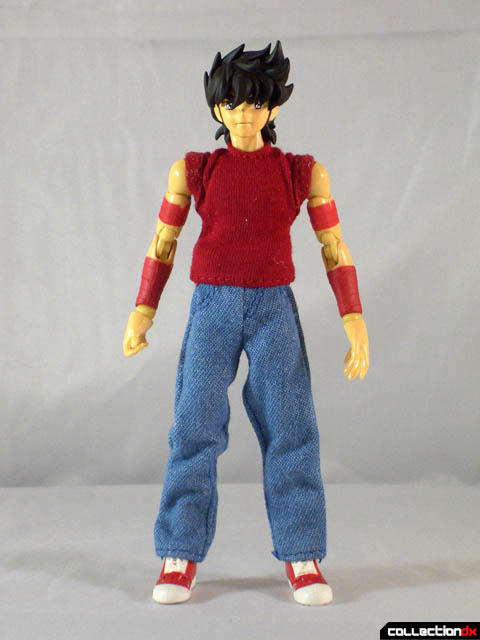 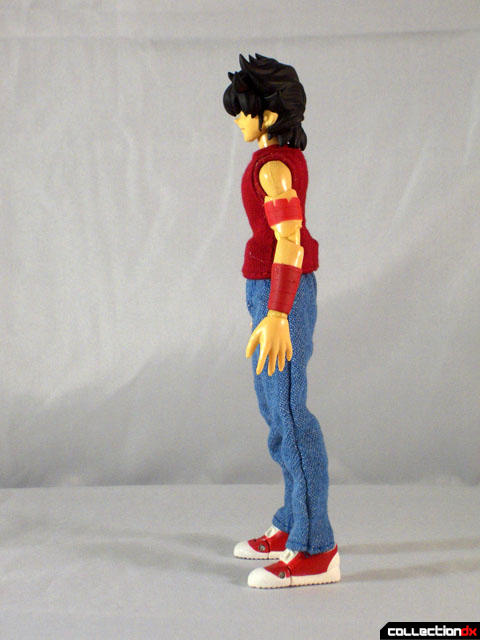 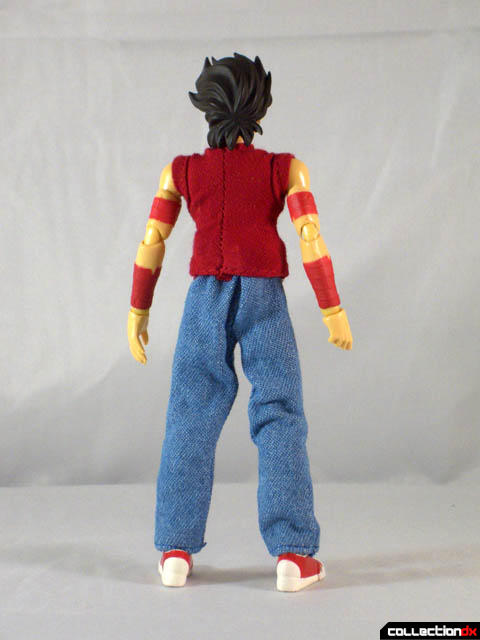 Now the plain outfit Seiya is nice to have but the real draw to this set for a fan of the show is the box and object (armor in statue mode). The boxes, while not showcased often in the show (usually our heroes are wearing their armor not storing them) are an integral element overall so it’s nice to add the item to your display. 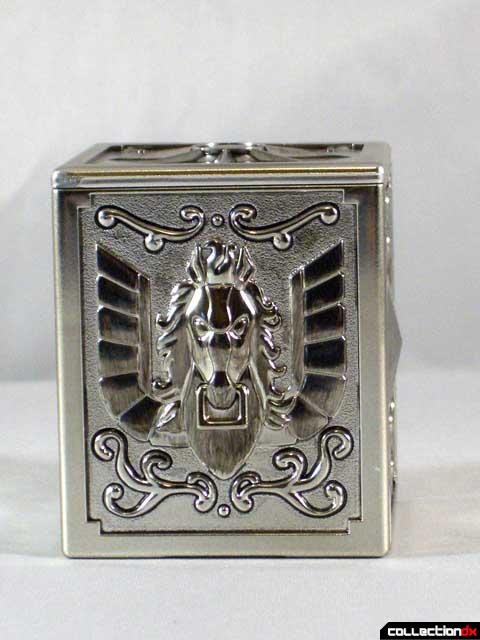 The box opens just as it is seen in the show and is made entirely of plastic. I was a little disappointed this was the case as the line as just been loaded with diecast, but it makes sense it’s not. There would be no chance of the figure being able to stand with it on. 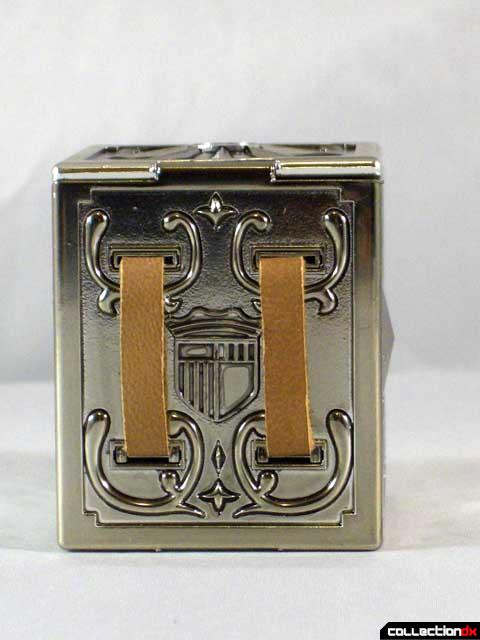 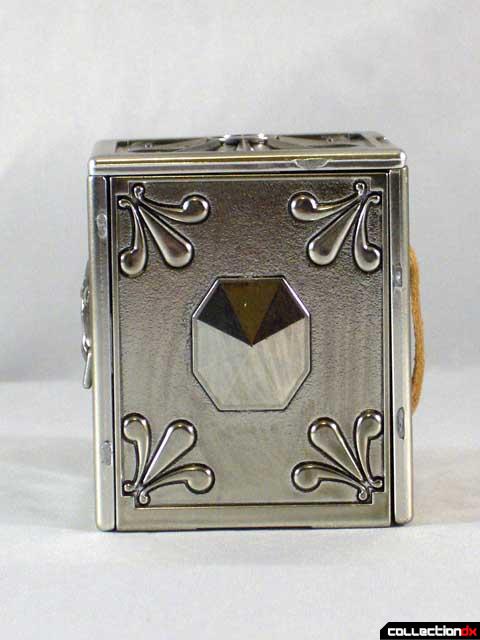 They also include straps to attach to the back of the box so it can be worn by Seiya and longer straps are included should you want to lash to boxes together something Dragon Shiryu does about a third of the way thru the TV series as he heads off to get Seiya and his Cloths repaired. It’s the little details like that, that make this line really stand out. They seem like dumb things but they are the details fans appreciate. 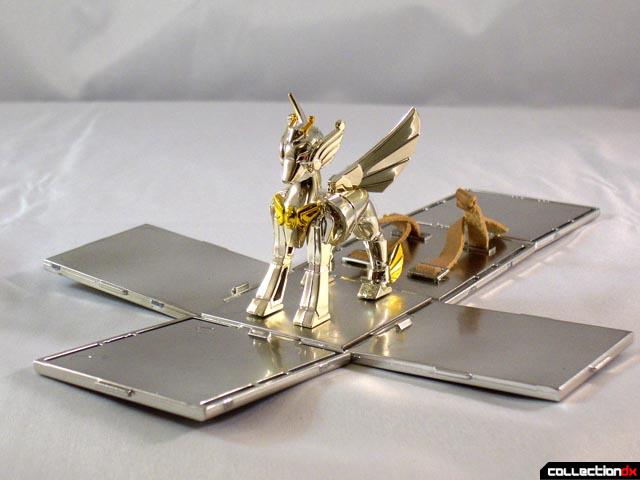 The Cloth Statue is fairly simple looking in comparison to the Cloth statues you can make with the figures actual armor but this is how the Cloth’s appear in size and scale within the show, apparently "anime magic" isn’t confined to transforming robot shows. 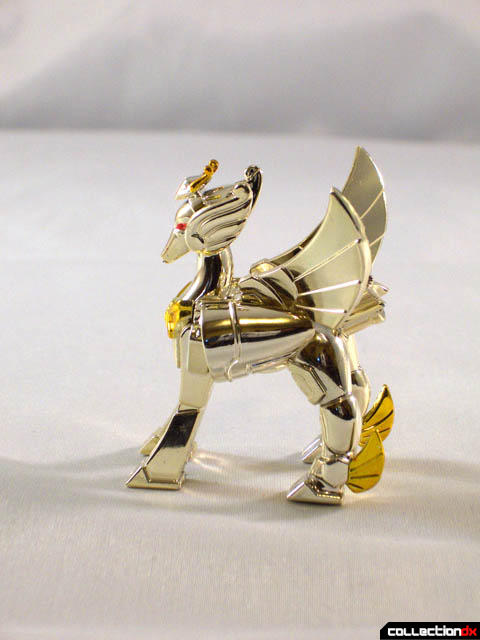 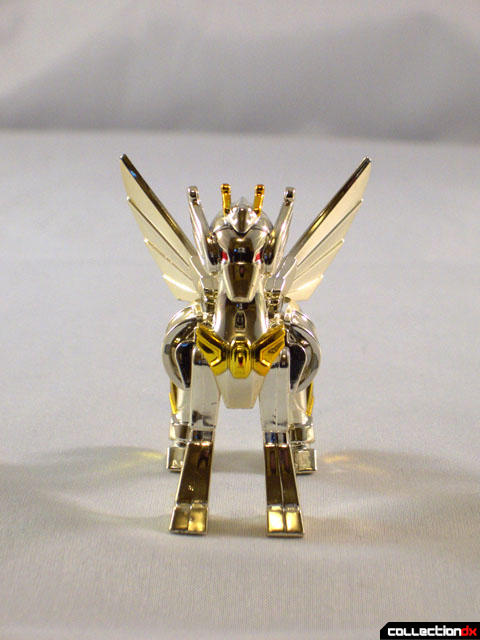 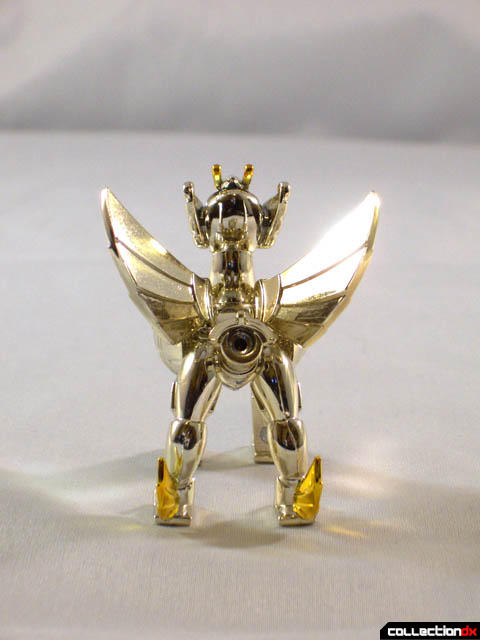 All in all I am real glad I added this to my collection, as you can see by the photo below it makes for a nice display when you add all the sets together. For fans of the show, this is an excellent addition to the collection and a no brainer, for all else it’s a pass. Unless you have a fetish for pseudo-metal boxes on guys backs. 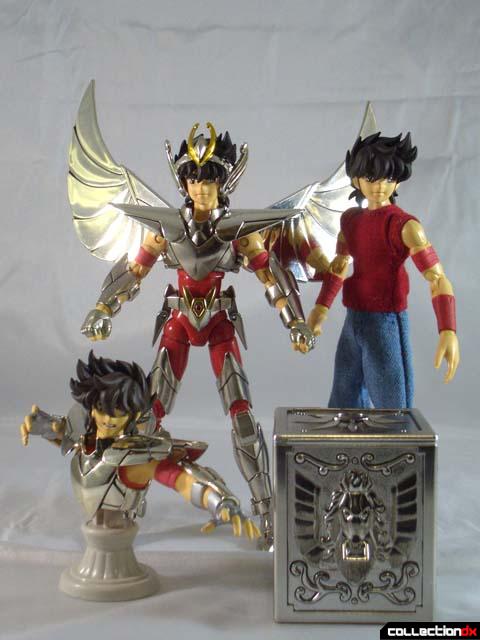