I remember first watching Evangelion back in the day, and aside from the Eva Units, the thing I looked forward to the most were the Angels.

The Angels were the main enemies of NERV, or so we thought. No one knows where they come from, or what they want, but they are bent on attacking NERV headquarters at every opportunity.

Each Angel is unique looking and has an unique style of attack.

Israfel is the seventh angel, and features the ability to split iself into two units - Alpha and Beta (Kou and Outsu in Japanese). The pair of angels use coordinated and synchronized attacks egainst the Eva units.

Due to this attack style, Eva Unit 01 and 02 lead a synchronized assault on Israfel, set to music.

In the context of the series, it's really quite a remarkable scene.

Bandai released a few Angels in it's Soul of Sofubi line - Sachiel, Shamshel and Israfel. For Israfel they released both Kou and Outsu versions. Other than the color, they are exactly the same. 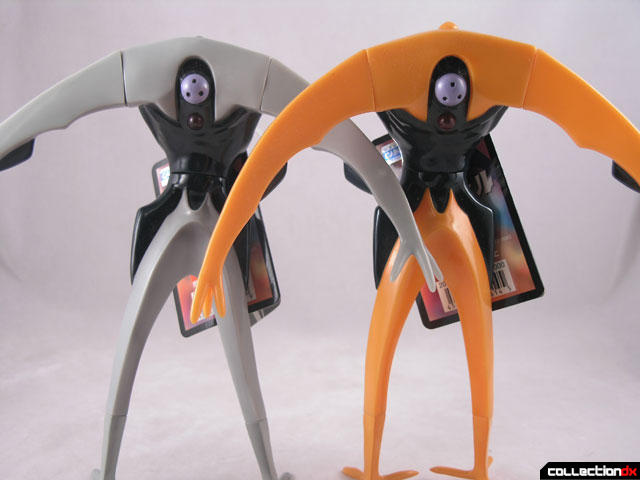 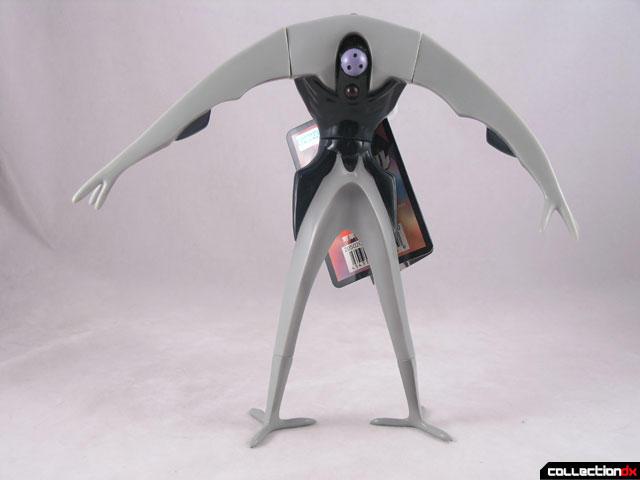 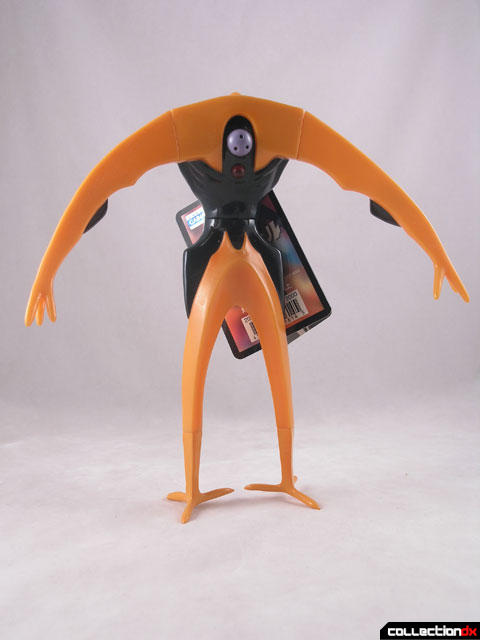 Each is 23 cm tall and made out of soft vinyl. Articulation is limited to the arms and waist. These are in-scale with Tamashii Spec Evangelion units. 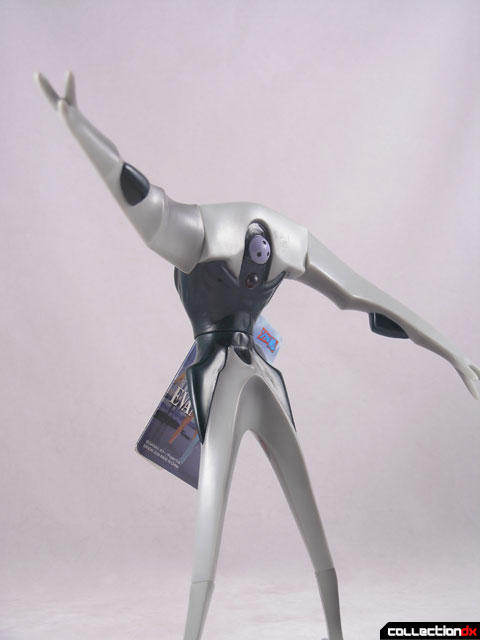 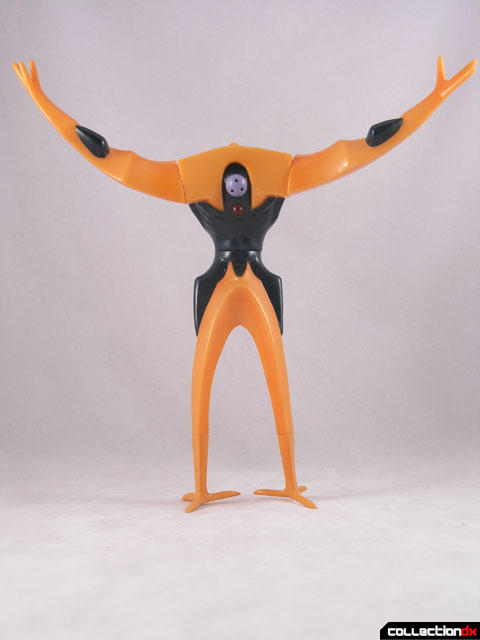 Due to the flimsy feet and the top heavy construction, neither likes to stand up well. 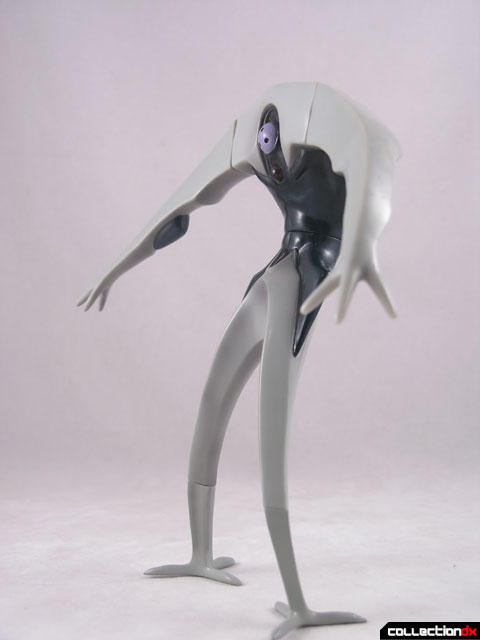 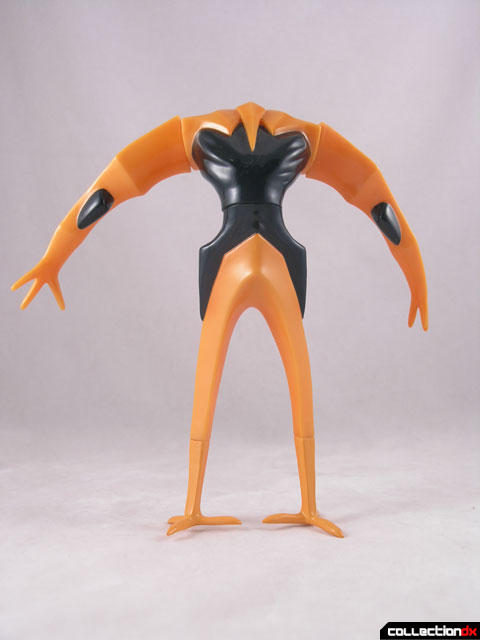 Each has a clear red "core" in its chest. 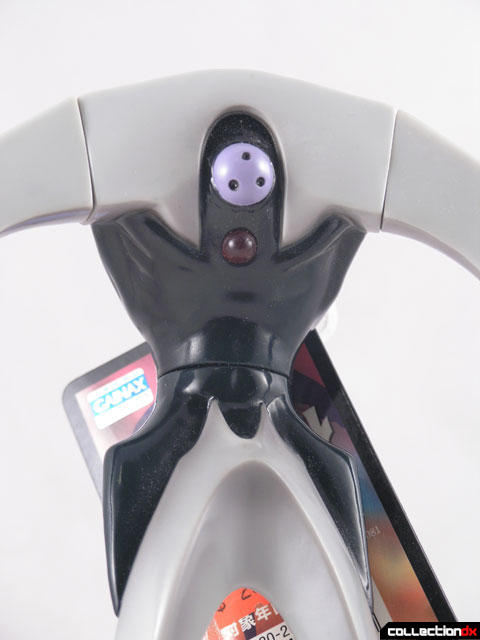 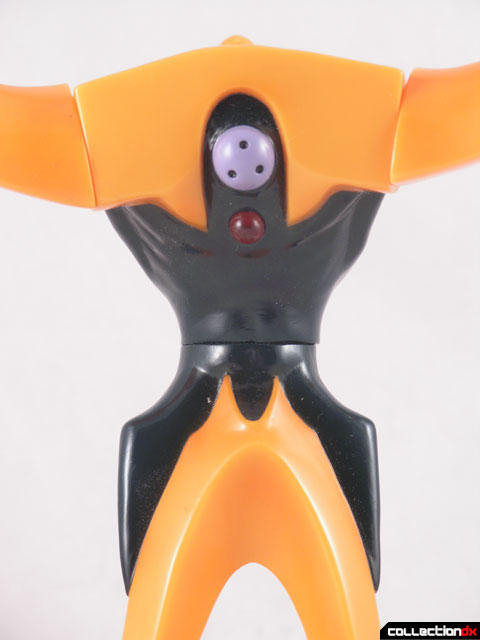 These were sold on hang tags with cards, and as such, it is common to see them with scuffs and blemishes. 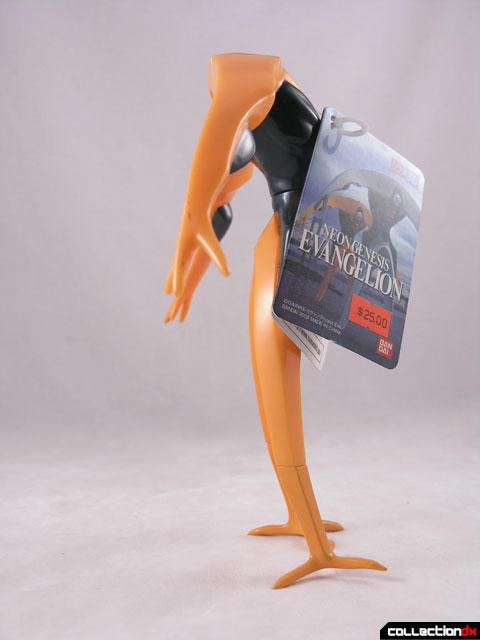 The name of the song- like the episode itself- was an original score for the series, "Both of You, Dance Like You Want to Win!". (For the sake of editing, the song was run a little fast, but is complete; you can hear it's in a slightly-higher pitch than on the OST... all of which I have, BTW.)

This was the only time we saw those portable beam-cleaver/shield devices used. (No wonder a lot of fans disliked this ep, meh?)

Certainly one of the more 'attractive' Angels, IMO. Now Bandai needs to release the full-compact ver. of this guy, complete with pink/blue yin-yang head! Why they never made an LM-HG model of this Angel I never understood.

They should both be spec, sorry!

on these figures and Shamshel?

I like them but I wish they did more in the series... maybe that was due to budget costs. Double kick kills the core. These toys I don't know what I expected... Most of the other Angels are made of energy and abstract shapes wouldn't make good toys, hence you don't see them made. I had Sachiel Angel the first one they made he was the most detailed, badass figure. Gave him away... Kaiyodo toy I think. He stands on a small city scape.

These are great. I love the high level of abstraction.

Yep- Angels certainly were abstract-lookin'! I always liked the idea of not all MotW being humanoid-shaped, so that was a welcome change. (The 'new' 3rd Angel from "Evangelion 2.0- You Can [Not] Advance" is another abstract critter, and easily one of the biggest in terms of dimensions.)
IIRC, shortly after "Eva" there was an explosion of abstract-lookin' aliens & monsters bouncing through anime. (Someone check me on that please...?)
------------------------------
CollectionDX Staff

Your so right about follow ups and weird creatures being seen after the EVA series in different Anime that involves giant robots, humanoids whatever it may be. You've probably seen some of the Anime shows like Aquarion for example... This has nothing to do with my fandom of Evangelion either.

I love Israfel, one of my favorite angels! It's so beautiful and elegant.
I'll try to buy both figures.