So basically, Hayate Yagami is a Magical Girl, who gets her powers from the Book of Darkness. She is depicted in this statue wielding her Book of Darkness floating near her left hand and holding her Schwert-Kreuz staff weapon in the right. 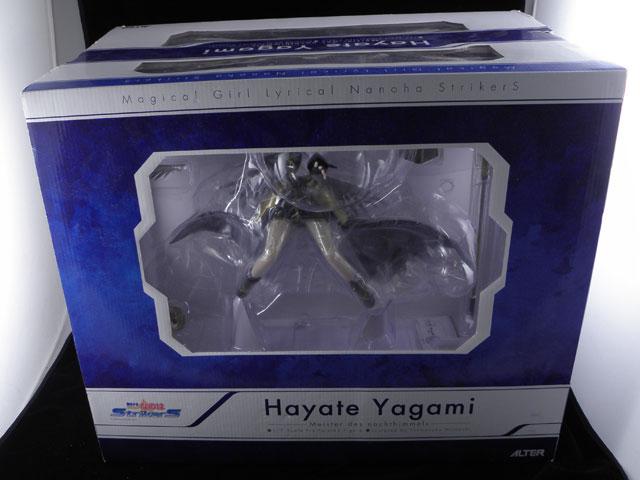 Hayate Yagami is provided by Anime-Export.com

First thing you notice is that the box is HUGE. The box itself measures 18" x 15" x 10". Inside Hayate Yagami is sealed in a clear plastic tray, protected by plastic sheeting and twist ties. 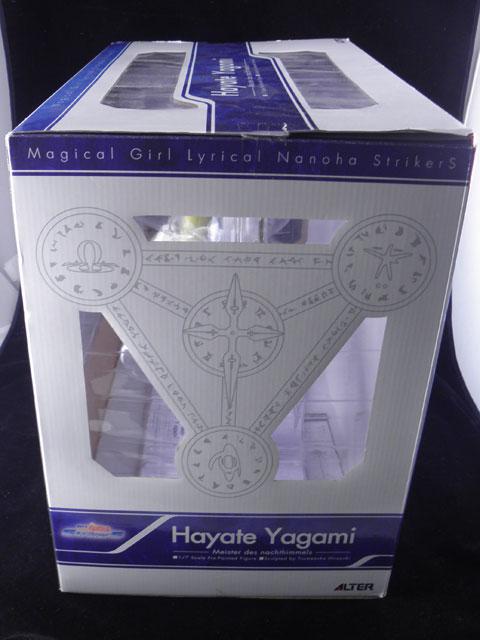 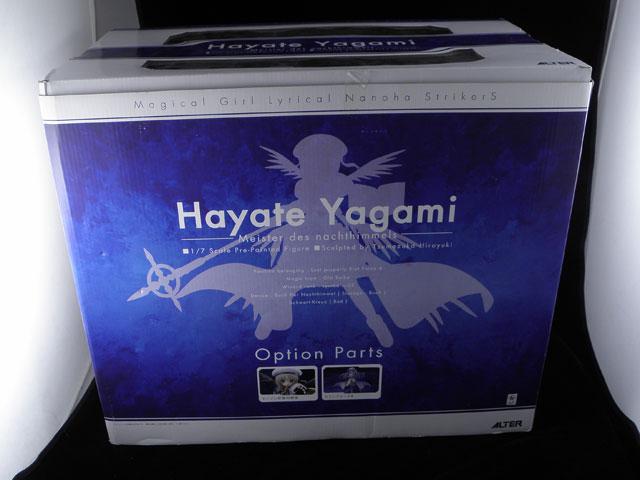 The figure has a lot of parts, but requires little assembly.

The base requires two abs stands to be attached to it, and then the figures feet attach to those. 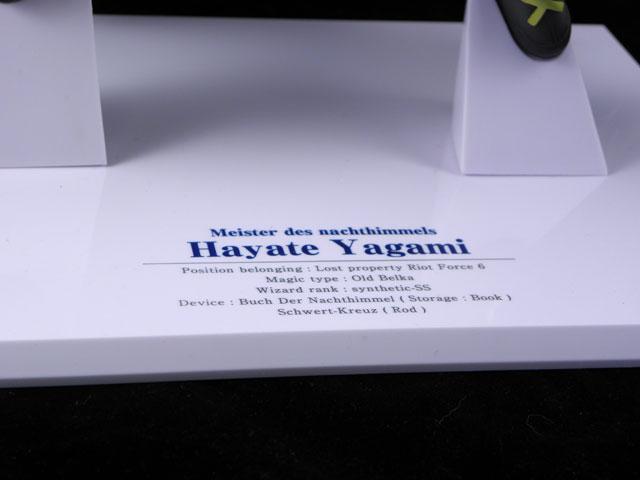 From there you attach the clear wing parts to the back, attach the Book of Darkness, and equip the weapon in her hand. 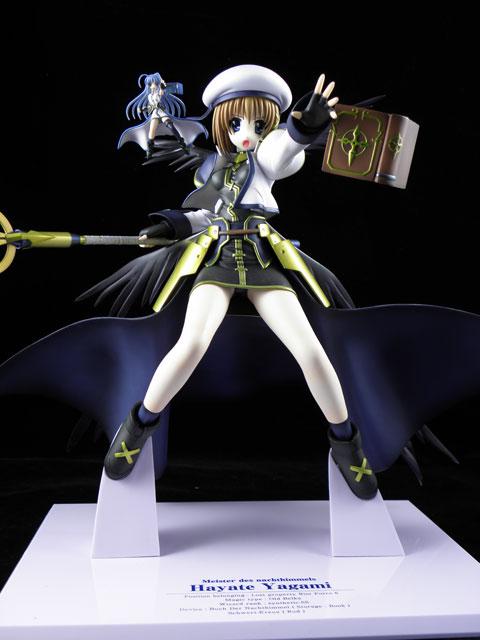 The Book of Darkness is supremely detailed, with printing on the inside of the book that is near legible. It affixes to the left wrist by a peg that is near invisible, giving the illusion of the book floating in space. 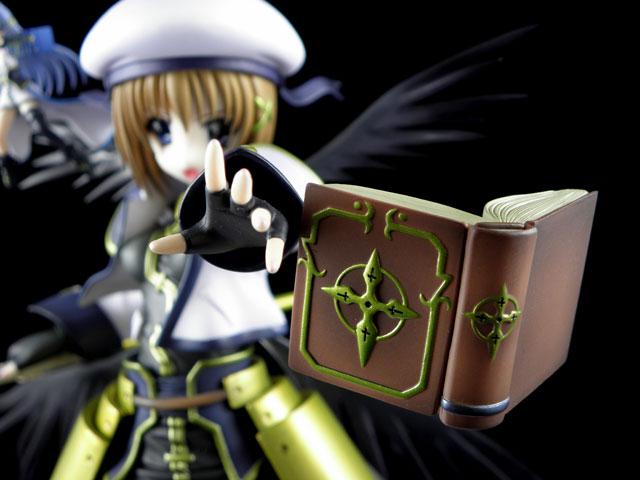 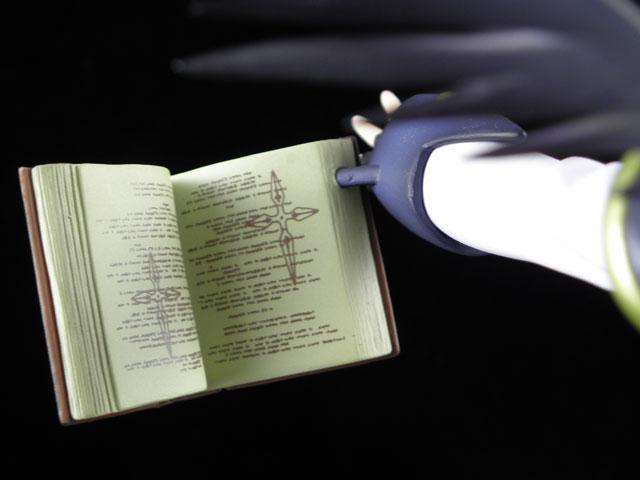 The Schwert-Kreuz staff is sharp and detailed, and is grasped by the right hand. You can place the hand anywhere on the staff, but it holds best on the textured area. The far end of the staff is decorated with a crystal cap. 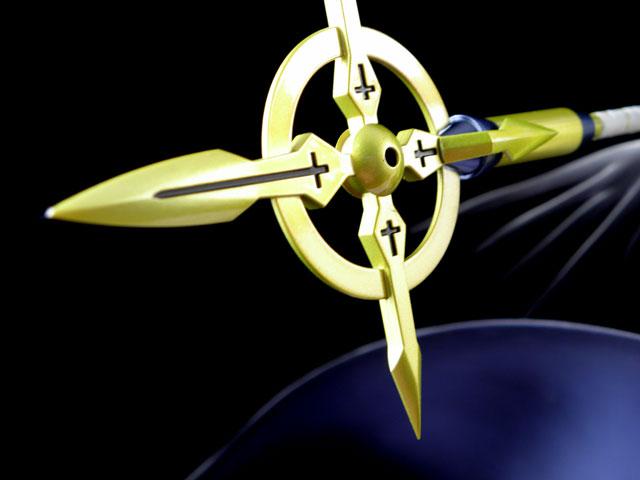 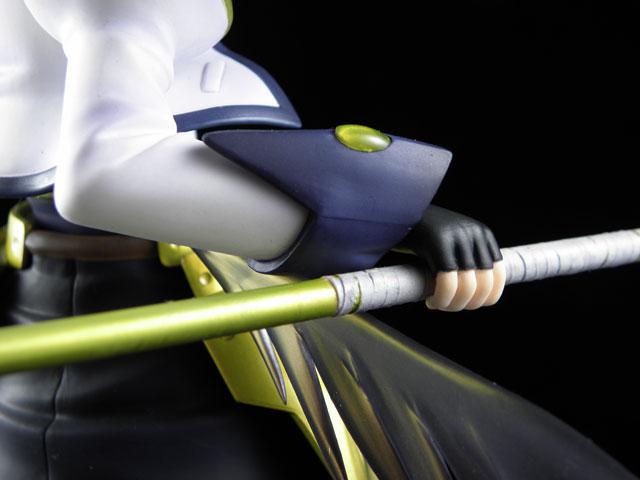 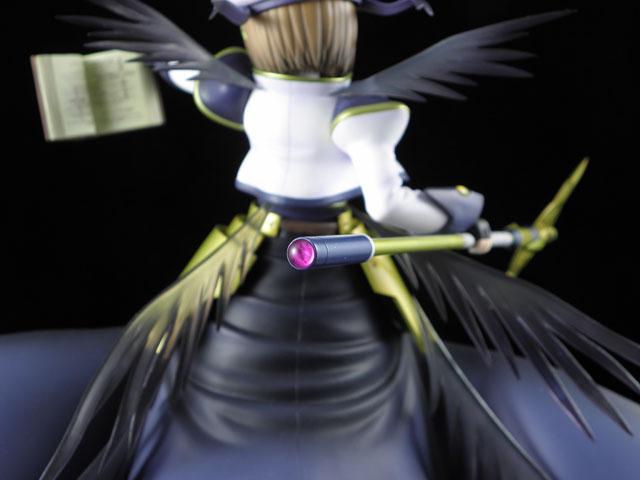 Hayate Yagami is equipped with two different heads, each can wear the optional cap. The blond hair head is referred to as the "Unison" head. 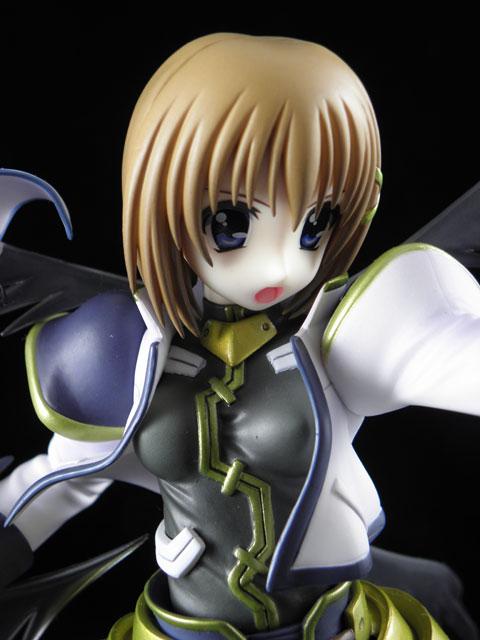 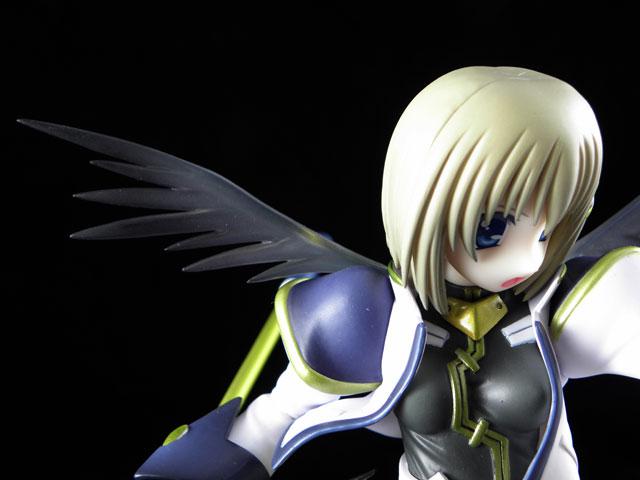 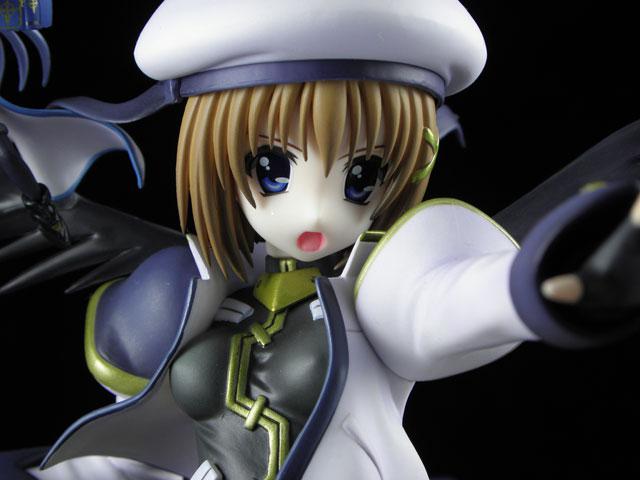 Also included with the figure is a small magical girl figure called Reinforce II. The amount of detail on this small figure is amazing. Even this figure's book has print detail on the inside. 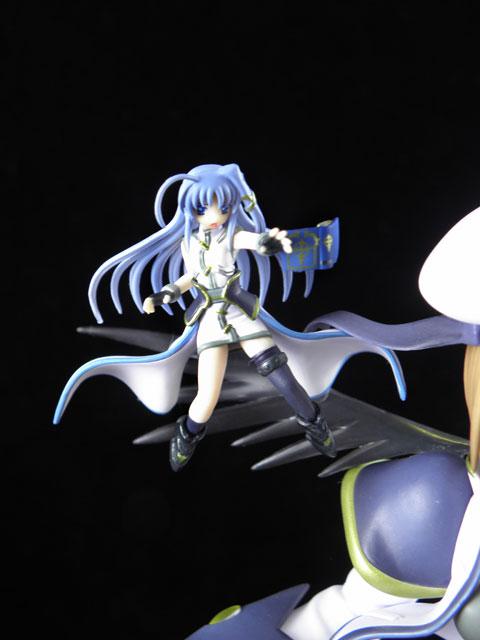 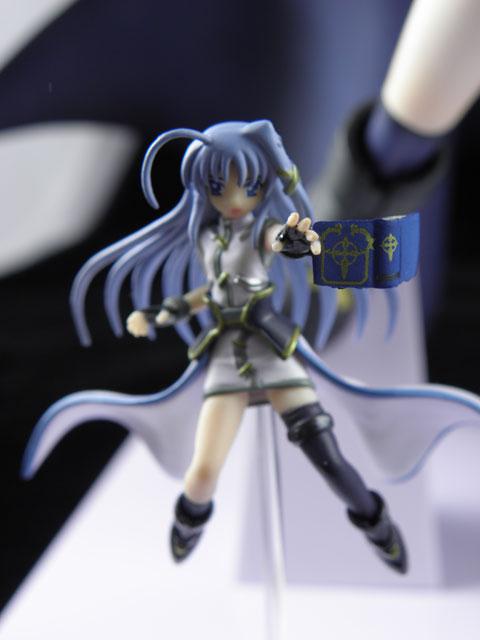 Reinforce II can be displayed on the wing of Hayate Yagami, or by itself on the provided stand. 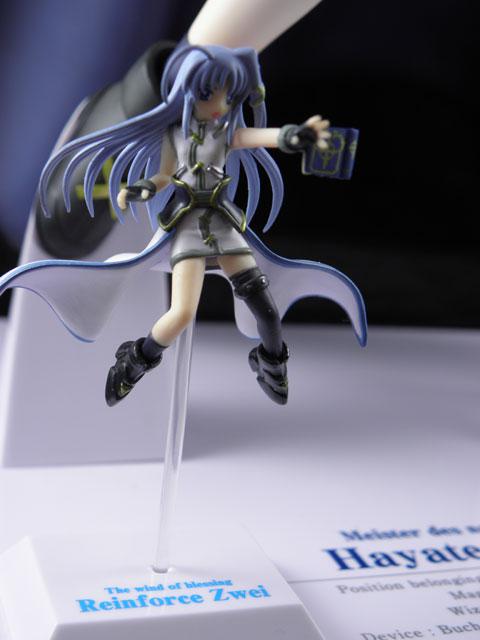 If you followed this figure, you will notice that the final production version differs from the promo photos released. For one the stand here is white instead of clear, and the wings of the figure are translucent instead of solid black. 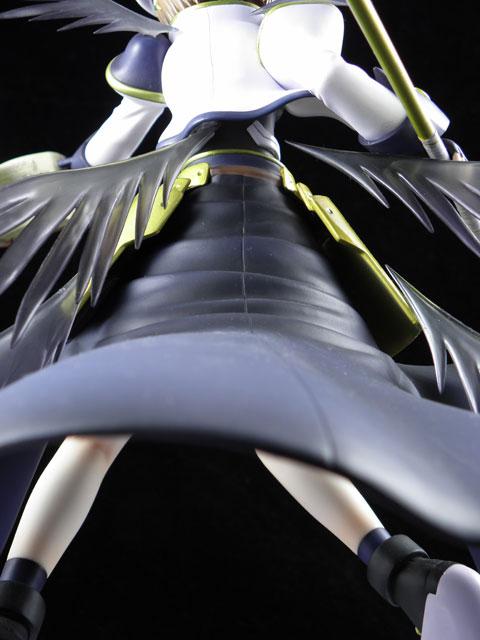 In terms of detail and execution, the figure is flawless. However, the pose is so wide it is hard to display if you are trying to fit it in your collection. It takes up a lot of shelf real estate. 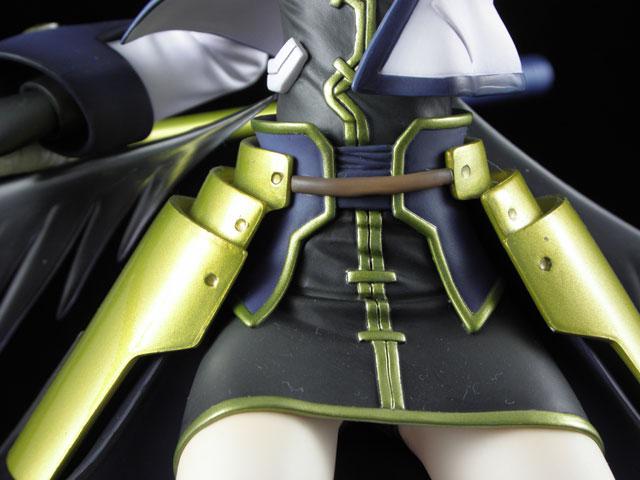 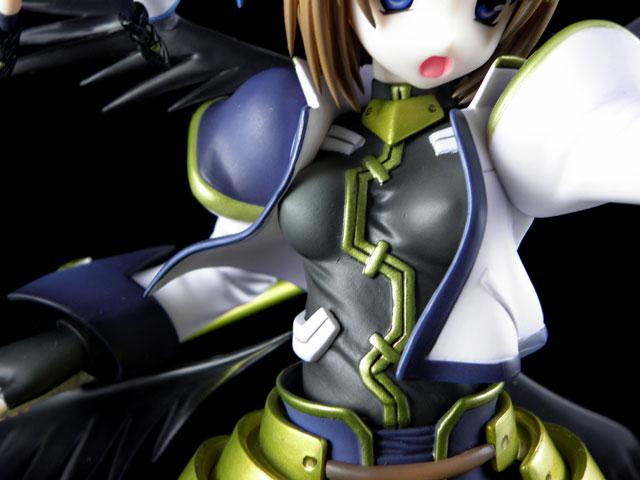 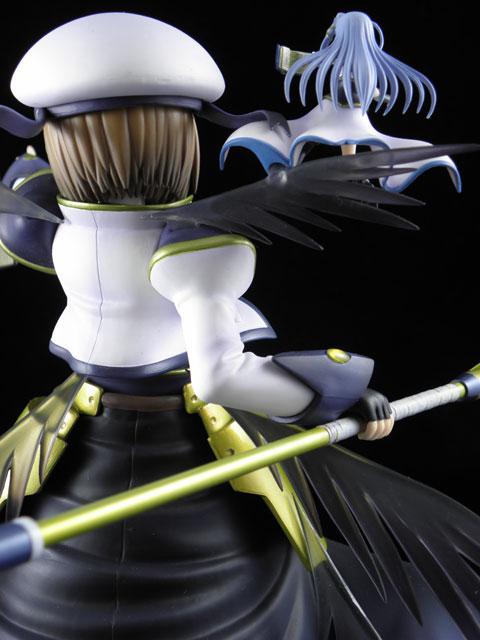 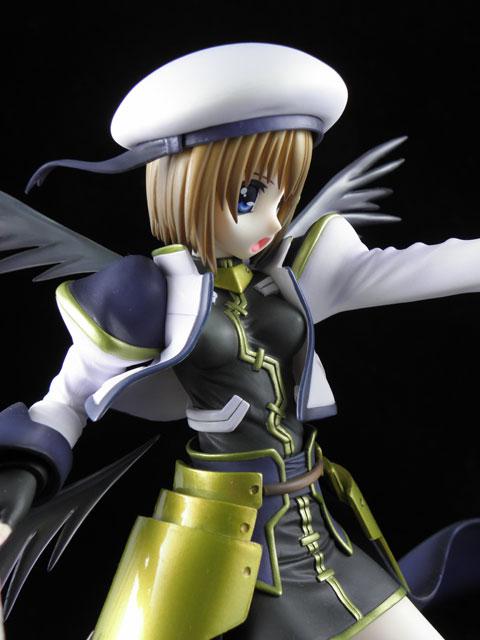 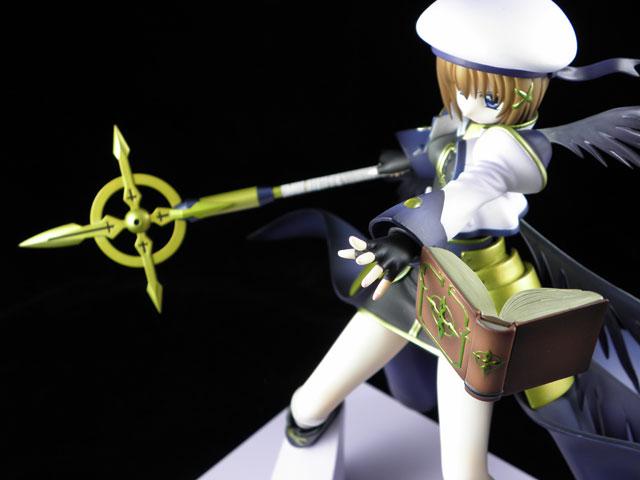 You can find Hayate Yagami and other great anime figures at Anime-Export.com 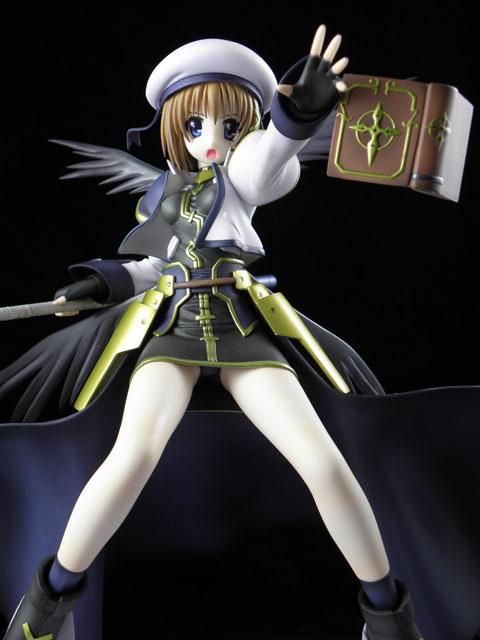