This monster is SCARY. Like one of those monsters that you dream about thats sitting on your chest stealing the air out of your lungs while you sleep. It hits all the right phobias, scary legs, upside down head, and the classic snail shell phobia. 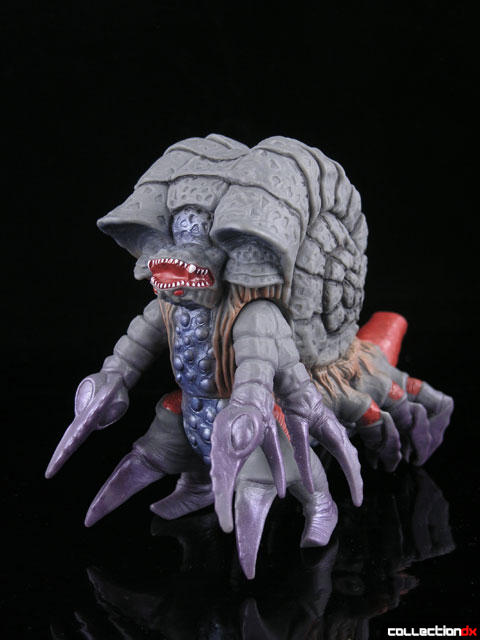 My kids just can't seem to wrap their head around this one.

"Why is its face upside-down?"

So of course, I had to do research on it, and this is what I found. Gatanozoa appears in two episodes of Ultraman Tiga entitled "Ultraman Tiga: Ruler of Darkness" and "Ultraman Tiga: To Those Who Can Shine". Gatanozoa is an old god who once plagued the earth and ushered in an age of darkness, only to be awakened in modern times to do battle with Tiga.

Check out the final battle!

The vinyl figure of Gatanozoa is just so outlandish that I had to have him. I got him purely as a conversation piece, and that he was just so odd looking. 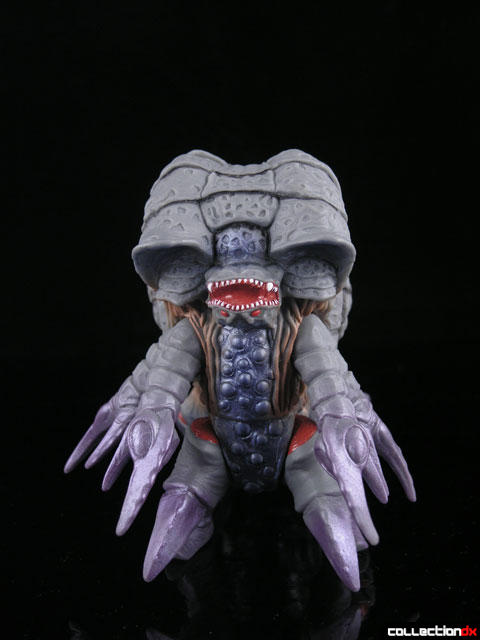 The only points of articulation are the two giant claws up front and the two front legs. 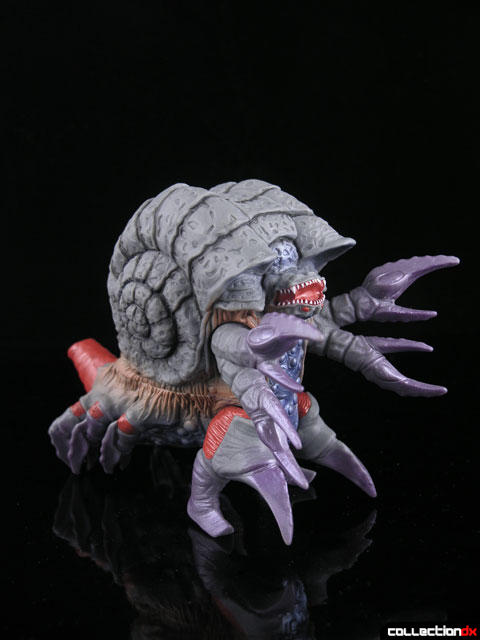 Paint and detail are spectacular. For those who feel all Bandai ultra vinyl are "cheap" and the paint lacks attention to detail, take a gander at this. It's awesome. 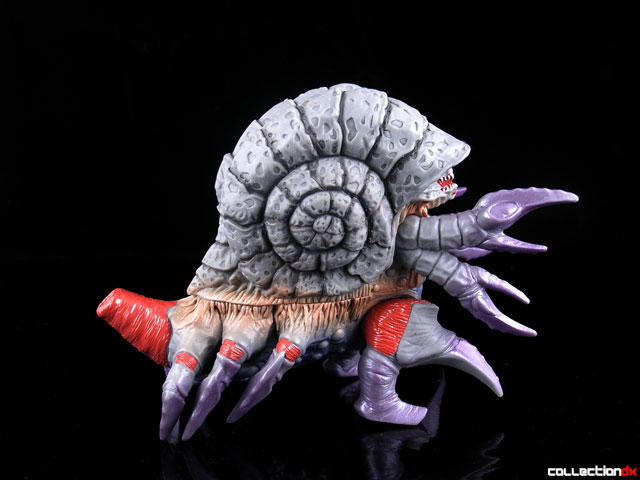 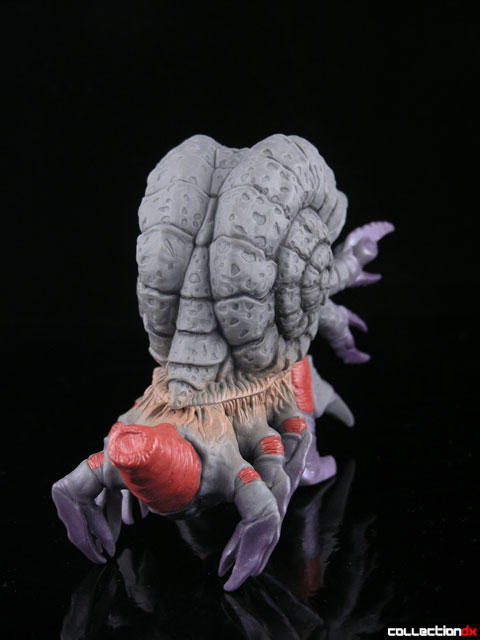 The figure comes on a swing tag with a DataCardass card for use in arcade machines across Japan. 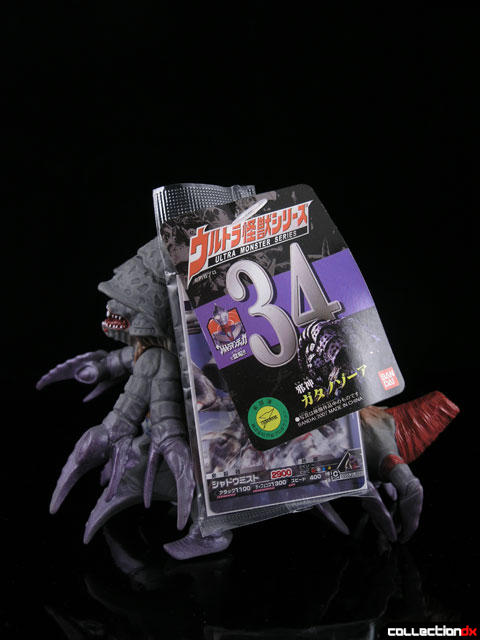 A warning to you all. Don't play with Gatanozoa before you go to bed, he will haunt your dreams!

Very nice! It really nails the "old god who once plagued the earth" look.

I was also thinking this thing reminded me of something outta Lovecraft. Anyway, it's an interesting enough monster design and the toy, I'm sure, is just fine...but overall, these over-detailed, non-humanoid monsters are getting a little too generic for me. Like, this monster could have been the Cloverfield monster...or the monster from any number of other Hollywood summer blockbusters.

They all start to look the same to me.

Of course, you could argue the same thing about the man-in-suit variety of kaiju from 60's and 70's...but I just never lose my fondness for those simple, fun designs. While my jaded soul doesn't get the "AAAAAHHH!!!" effect from this monster, I still get geek-chills when Mechagodzilla opens up with all his weapons against Godzilla and King Shisa!!

Sanjeev, allow me to show you the magic.
Look at the bottom set of pincers...that is to say, look at that pair of boots masquerading as pincers.

On a seperate note, it's a shame that they obscure the feet Rob Liefeld-style in that battle sequence, but it looks like that suit is too butt-heavy to move around in much anyway.

OMG I LOVE THOSE BOOT PINCERS!!!
I didn't see them at first,but now I can't unsee them. Japanese special effects are so awesome.

Hahaha, the boots are AWESOME! Bandai easily could have glossed over that detail and made them more claw-like, but they didn't.... faaantastic!

Does anyone remember the Ultraman show that was on American TV about 20yrs ago? Also, loved the Ultraman video game for the SuperNES, I remember having to kick some monster dude in the head about 100 times to kill him... classic.

Looks like a mutant hybrid of an ammonite, Destroyah, and Legion from one of the 90's Gamera movies.