I pre-ordered this thing as soon as I was able but unfortunately the store I placed my order with didn't ship it out when it came in. They quite simply.....forgot! So while this was released in December, I just got mine a week or two ago. But let me tell you, it was well worth the wait. This is one of my favorite new vinyls!

The Fire Dragon is the second release from the Ray Harryhausen Film Library series by Pilot Ace/Beagle. Unfortunately, since the first release of the Cyclops it was announced that Pilot Ace was going out of business so for awhile there I was worried that this might never get released at all, never mind on time. But when I saw one for sale on Yahoo my fears were calmed. The next release, the Ymir from 20 Million Miles To Earth is out now, but I haven't had mine shipped to me yet. I've heard no announcement about the proposed fourth in the series, Kali, so I'm still a bit worried about that one, though. 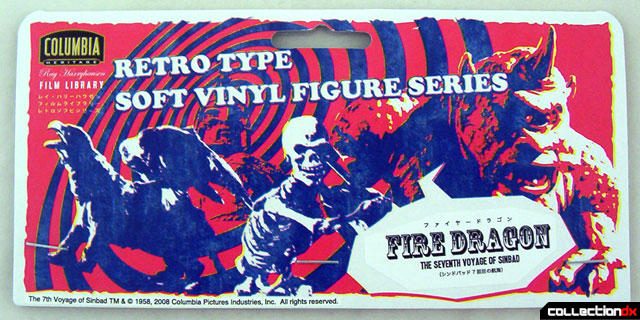 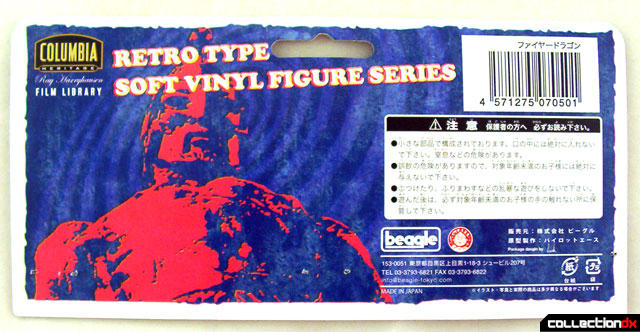 The toy itself is beautiful. The first thing that jumps out at you is the color scheme. The way the darker green on the top of the figure melts into the lighter green on the bottom is subtle but looks great. Both greens contrast well with the red of the fins and the collar and the gold of the horns and belly complete a very striking design. 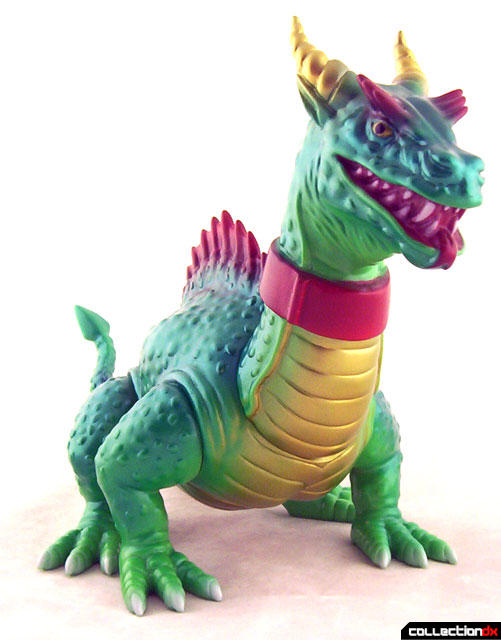 Another thing I like about having this is the way it's positioned. This is one of the few vinyls I have that doesn't stand in an upright position. It's a horizontal toy, not a vertical one.

There are 5 points of articulation on this one. All four legs can swivel and the neck turns. 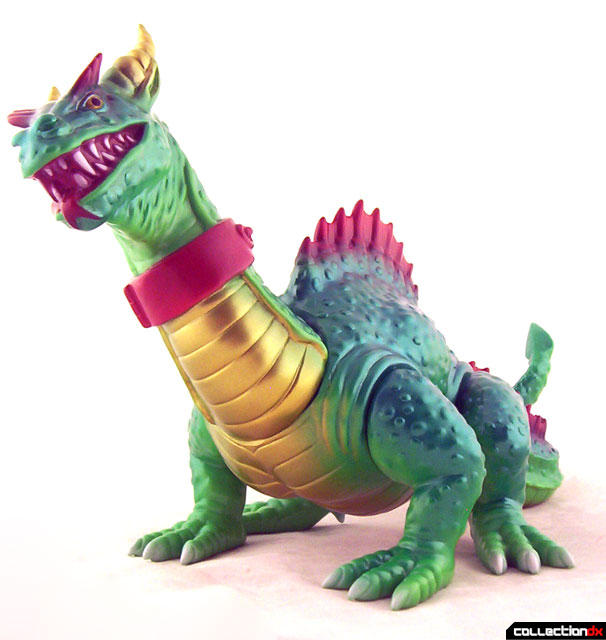 If I had one complaint, this would be it. It would have been nice if there was a joint in the tail so that you could move that. But even more obvious to me would have been to add a second joint to the neck, just above the red collar. Then you could have really turned it's head sideways and it would have looked pretty natural. Ah well. Few toys are perfect. 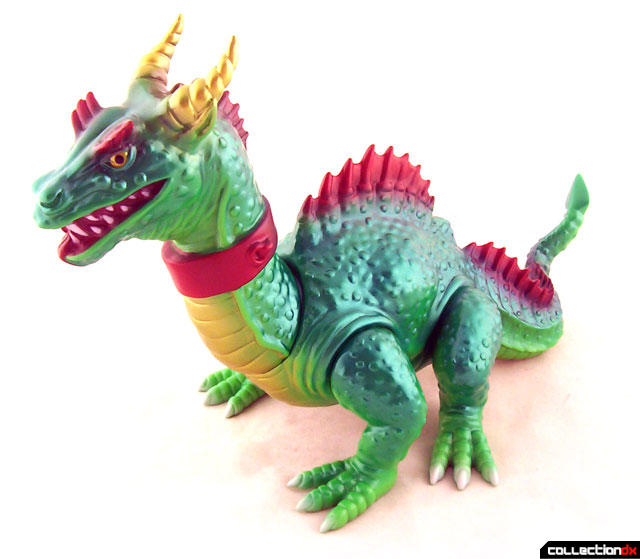 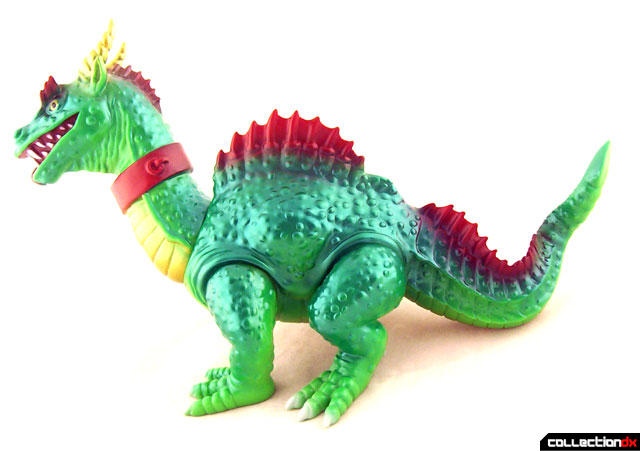 If you are a perfectionist, you might also be a bit disappointed in the paint application on the teeth. From a few feet away, it looks great, but if you look closely you will notice a small amount of overspray. It doesn't bother me too much because since the paint is white and it's in the mouth, it kind of looks like a hint of saliva if you use your imagination.

So far, there has only been on re-paint of this figure, a blue version that was an event exclusive a couple months back. Although it looks nice, I think I prefer the regular green one I have.

Makes me wanna bust out my 7th Voyage... dvd!

I think I prefer the blue one, though--even though it's not accurate to the movie...