Has the designer toy movement infected the house of Ultraman? Judging by the appearance of EX Red King, one would think so. But no, this is a whole new character for an Ultraman video game. 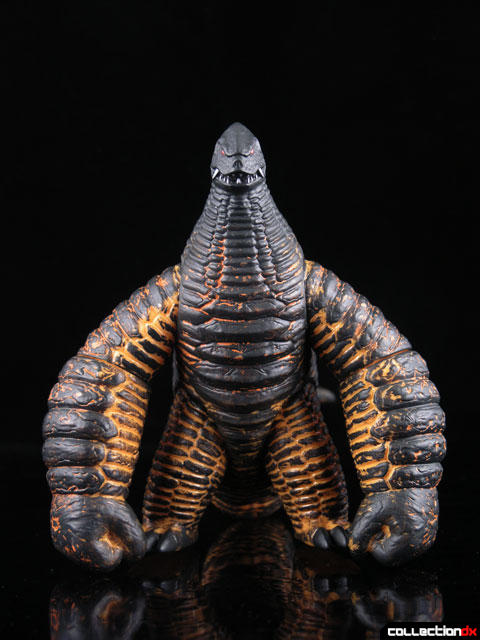 EX Red King is your standard Ultra Kaiju, made out of soft vinyl with not much poseability. He has swivel legs, arms, tail and forearms. 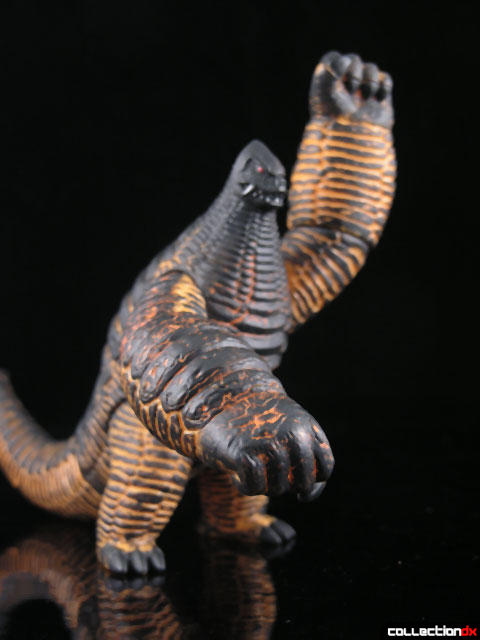 The toy features a swing tag and bonus playing card for the "Data Cardass" system. The card is bar-coded and can be swiped in any of the multitudes of arcade machines in Japan featuring compatible games. 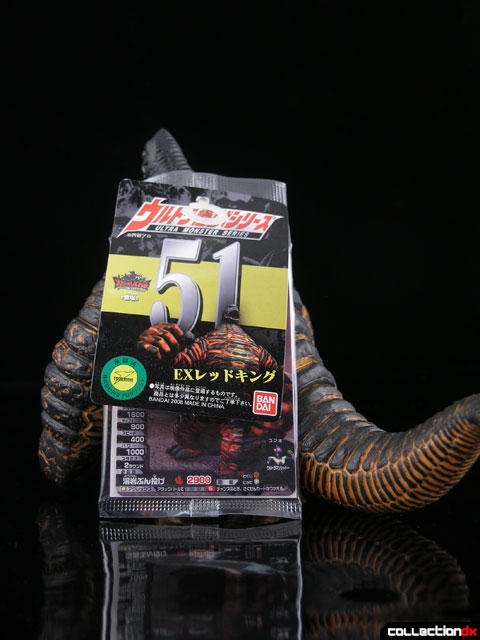 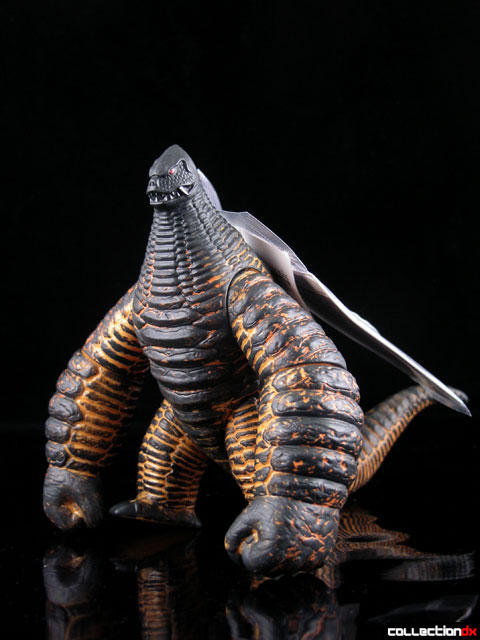 Paint detail is nice, and the color is appropriate. How about that - Redking actually looks somewhat RED. 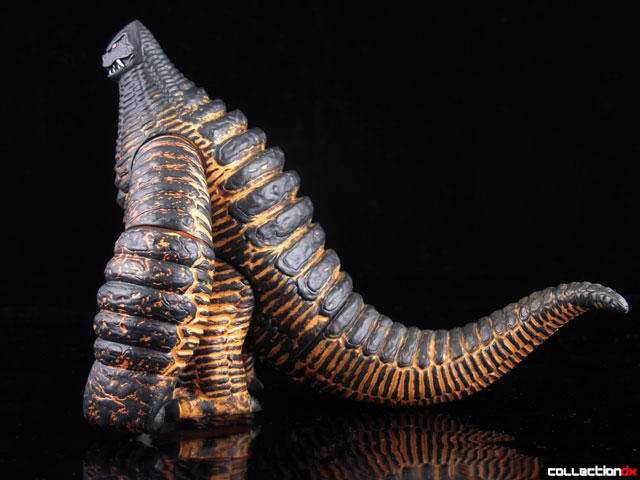 At only about $9 US, you can't go wrong with these toys. The value gets even greater if you have access to an arcade machine that uses the cards, but the odds of seeing one in the US is slim. 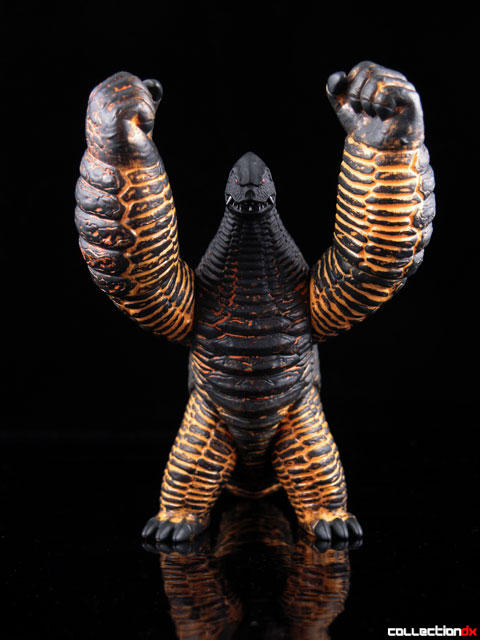 5 comments posted
This is very detailed!!D:

I bought one through the Max Toy Company
(Mark Nagata's store)
http://www.maxtoyco.com/Shop_item.php?id=263

The Japanese gamemakers clearly have a thing for Popeye!

He is actually from the show " Ultra Daikaijyu Battle: Never Ending Odyssey" Click link to see the pics of the suit.

Great photos - made me go out and try and buy it right now.