Doronjo, the black clad and caped leader of the Doronbo Gang, sworn enemies of The Yattermans and raiders of the dreaded and equally sought after Skull Stones, is a conniving and loathsome woman (but good looking so her subordinates don’t care that much). Being the main baddie in the second iteration of Tatsunoko’s Time Bokan series Yatterman, Doronjo resembles her predecessor Majo but is different enough to be her own character yet similar enough to be from Time Bokan and I don’t know how this series works but it’s cool.

Moving on, Takara Tomy brings us Doronjo from the 2008 Tatsunoko show Yatterman, a remake of their hit original by the same name. A simple yet effectively sculpted figure, it aims to please by, well... being there.

The Box
Nothing too special here (especially since mine is damaged). Just some neat colors and a sheet metal look to it with a large window to display the figure inside. 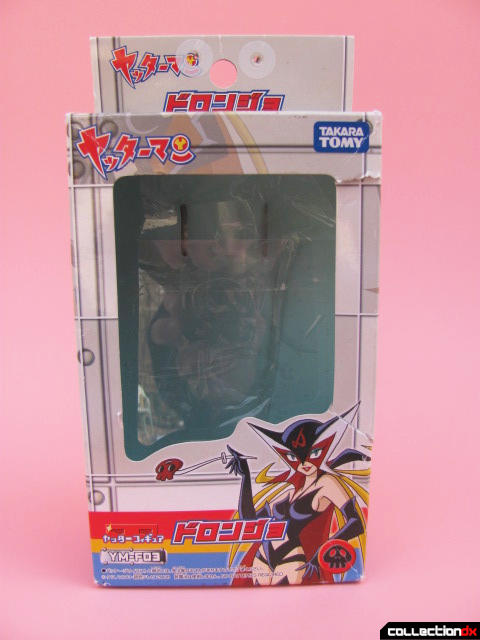 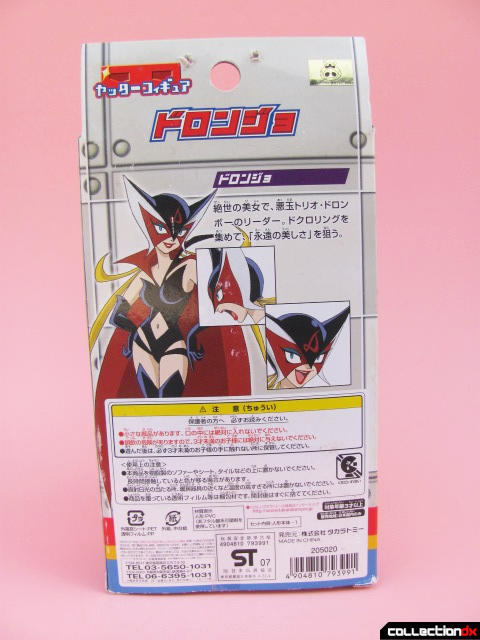 The Toy
Doronjo is extensively and effectively plain; she’s more of a statue than a toy, to be honest. 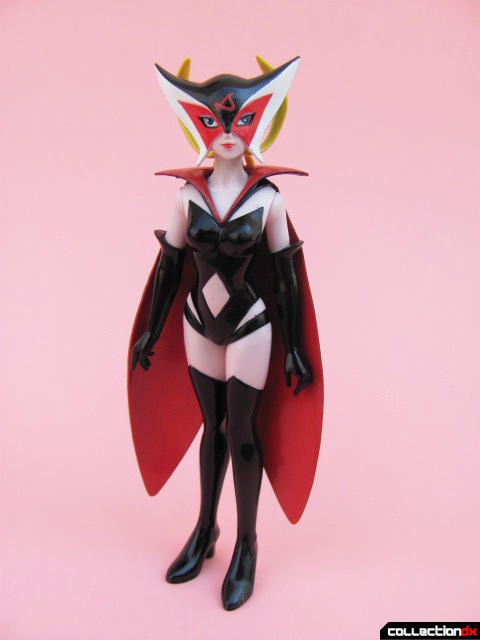 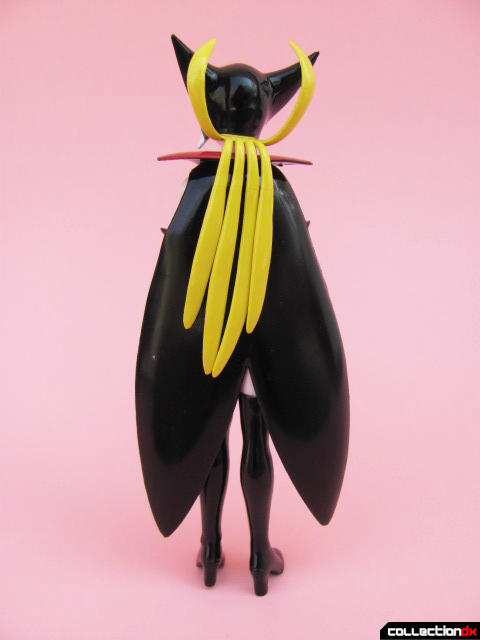 Her sculpt is interesting. While effective in exuding details that are both anime and anatomically correct there is an overall kind of generic feel about it, one that makes this figure feel more like a toy than a character. It probably comes down to how calm and undynamic this figure is, something that the character rarely is in the show. The paint isn’t very tight, what with some overspray and some bleeding; that being said, the paint is really shiny and rather deep. The yellow of her hair is particularly explosive. Also, for some reason, Doronjo is pink, pink like chewed bubble gum. 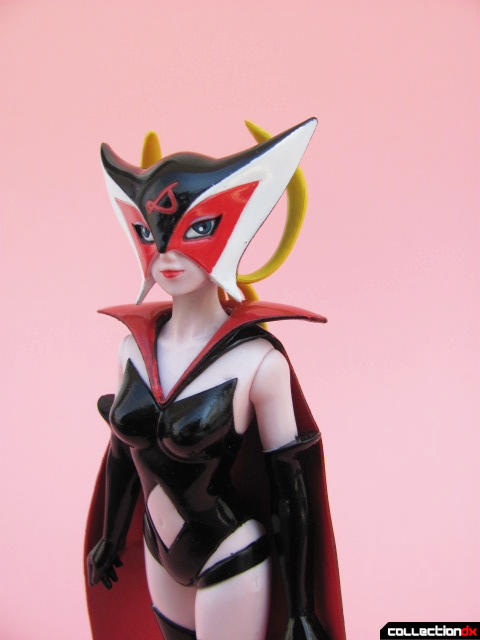 Articulation is completely relegated to her shoulders which sport a swivel joint each. It’s not very impressive nor very useful. I mean, without a neck joint in the least it’s just Doronjo flailing her arm about and it accomplishes nothing: 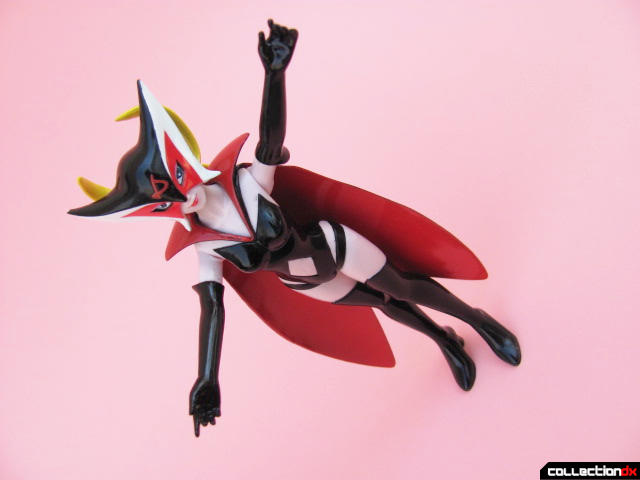 So dynamic.
This is a toy for a young child so, you know, whatever. But even some simple cut joints in her thighs would have been appreciated, and cut joints suck! There are two things they are useful for, though (but only kinda). They can help her balance better ‘cause this toy will NOT stand up! I had to conjure up some black magic just to shoot this review.
And the second thing, well... This figure being made of a gummy plastic doesn’t really help much in the “standing up to be displayed” department, either; I’m sure that over the years or even right out of the box new her sculpt had suffered damages to its stability. If you’re a Yatterman fan, either of the original or the 2008 remake, this toy makes a nice addition to one’s collection. While certainly not the best thing ever and a pain to display (which can be remedied), Doronjo looks great on a shelf and is easy to find (as well as the rest of the gang).

But she's got kind of a Marty Feldman thing going on doesn't she. Maybe the mask makes it worse.

Yeah, she kinda does (though it's more pronounced from a slight barreling effect from my camera, sadly).