Captain Harlock, has always conjured images of swashbuckling space pirates with facial scars and eye patches. Captain Harlock, is probably one of the most popular of Leiji Matsumoto's space operas, second only to Space Battleship Yamato.

Today, I will be reviewing, the Galaxy Express 999 movie version of Captain Harlock's Arcadia. This will be my fourth entry into Taito's Super Mechanics line of UFO catcher prize toys.

Like Taito's TV version Arcadia, this version of Arcadia does not disappoint. Packaged in the now familiar window box, you will see a striking illustration of Captain Harlock himself as well as the Arcadia.

After Arcadia is removed from its box, some very light assembly is required (wings and display stand). Then, and only then, will you truly appreciate the detail and beauty of this toy.

Arcadia is a full 35cm long. That’s almost 15 inches from it's Jolly Roger flagged stern, to the skull emblazed bow. The Arcadia is well made and sturdy. Comprised from quality plastic and ABS. 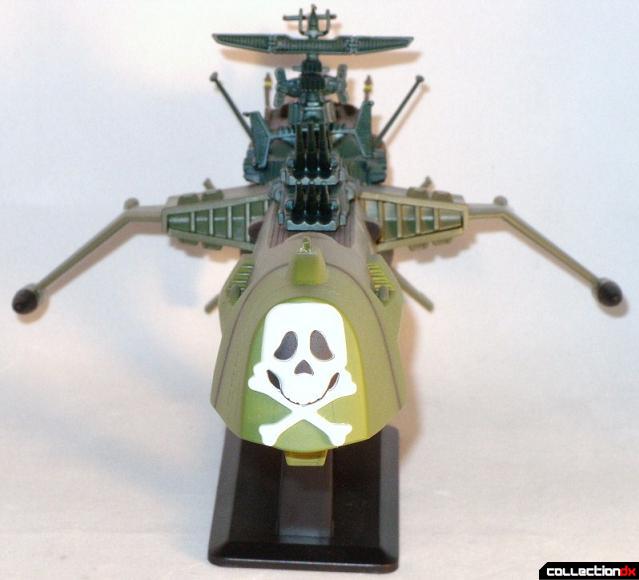 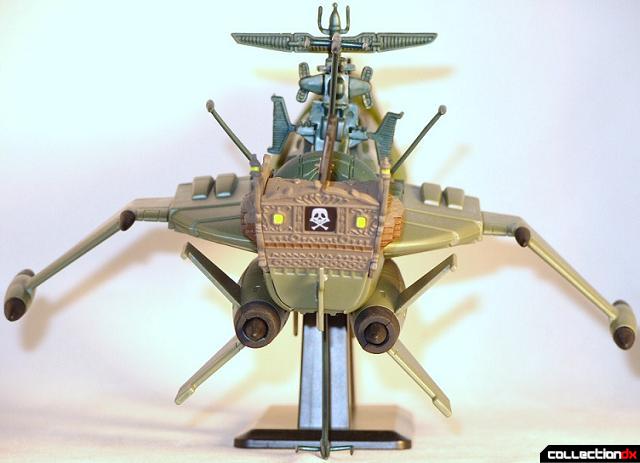 One of the Arcadia's really cool features is rotating adjustable turrets, including a belly mounted turret and a miniature pilot's helm with ship's wheel. 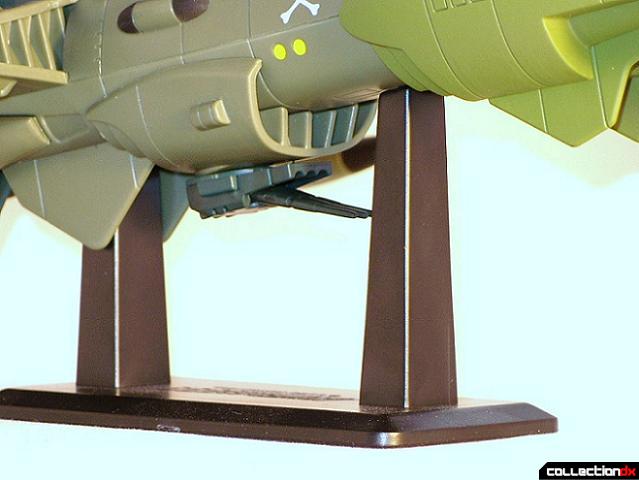 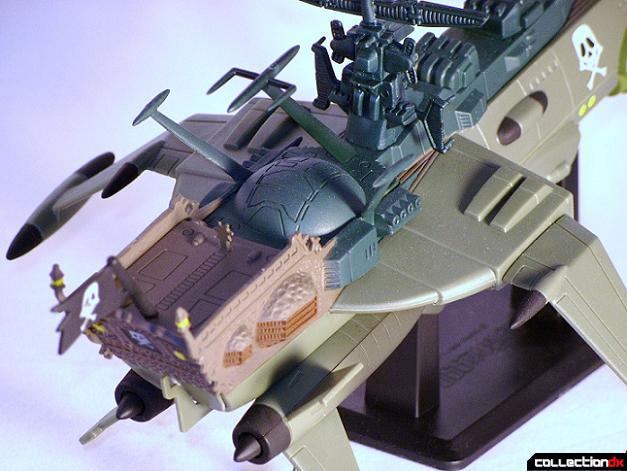 The included stand does not take away from the side profiles ominous upswept appearance. As you can see, the classic skull and crossbones really standout on both port and starboard sides. 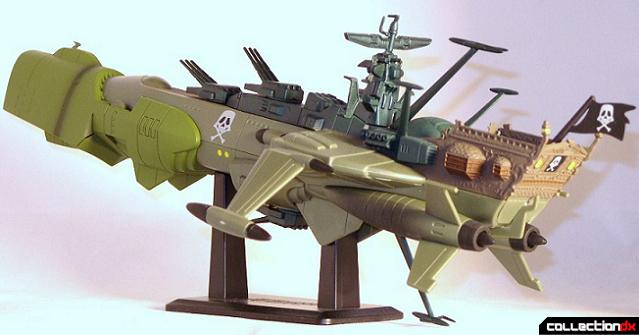 The only flaws with this Arcadia is that it seems to lack the paint detail of previous entries in this line. One paint detail lacking is the application of highlights on the bridge windows etc… 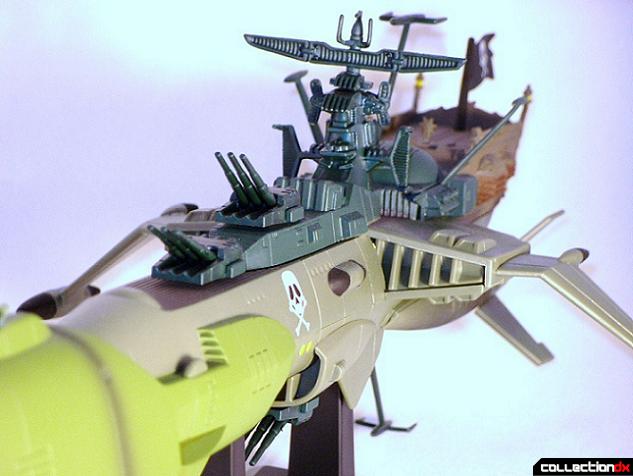 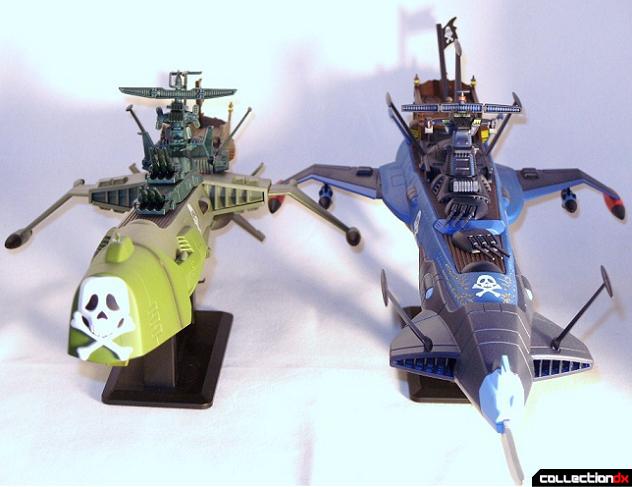 Even with the above-mentioned flaws I must profess that I really like this toy. As with Taito's Yamato, its hard to believe that this version of Arcadia, originally cost only $15.00 USD. Consider yourself lucky if you can acquire it at that price now.

I'm angry because none of my hobby shop in my country seems care to import these things. I want them badly! So bad that I bought the smaller trading figures to fulfill my thirst. These things are so beautiful.

this line in general was very popular in japan.

it sold out very fast on HLJ.com

they were available as crane prizes in machines in Japan.

The other large-scale version of this ship was $150, diecast, and is a little difficult to get ahold of sometimes.

All of these combine together to make getting ahold of one a little tricky.

try ebay- I got a great deal on the GE999 Train by being patient and waiting several months only a couple dollars over original retail price, shipped. so they are out there- you just have to be patient and look.

and those mechanical collections are really, really cool. Well worth getting for those who like Harlock, but not enough to have half a shelf dedicated to the character.

Thanks, I'm gonnna try my luck on Ebay, then.

Good to see you back, Shogundan!

And now that I'm back from vacation, I should get on the ball with some reviews, huh? ;)

Even though this one has omitted a few tiny paint applications, it is still a great looking model.

When Bandai decided to make the first Captain Harlock movie, Arcadia of My Youth , they requested a 100% redesign of the ship. Leiji Matsumoto really redeemed himself this time. Unlike the first blue colored Arcadia, this green one has heart and soul.

In my opinion, this maybe the best starship design of all time, along with Space Battleship Yamato.