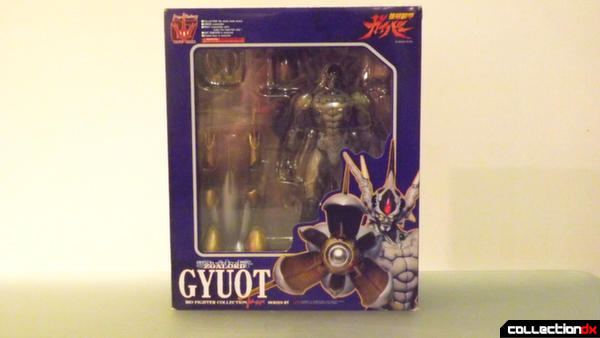 Early in the series Richard Guyot was introduced as one of the main villains of the manga.
He wanted to obtain the Guyver Units and use them himself to improve upon his powers as a Zoalord.
Like Murakami`s test form, Guyot`s Battleform used the power of gravity as a basis for his abilities, one of his main weapons` was his "Gravity Bullets" that could pierce enemies with ease, 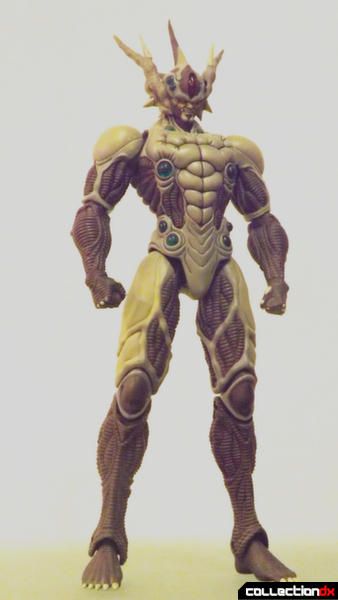 The first time Guyot appeared in his Battleform he had his gold "Royal Armor" for extra defense and allowed him to take a direct hit from Guyver threes Mega Smasher and survive. 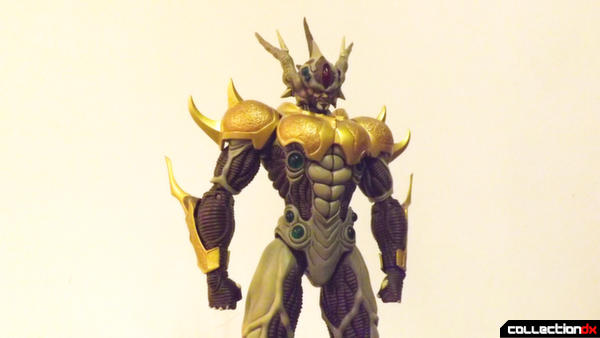 This set includes the "Royal Armor" which clip onto the main figure reasonably securely (except for the forarm pieces).
To attach the Armor you just need to clip it to the main figure, the chest piece is attached by removing the head of the figure then sliding the armor over the shoulders and re-attaching the head. 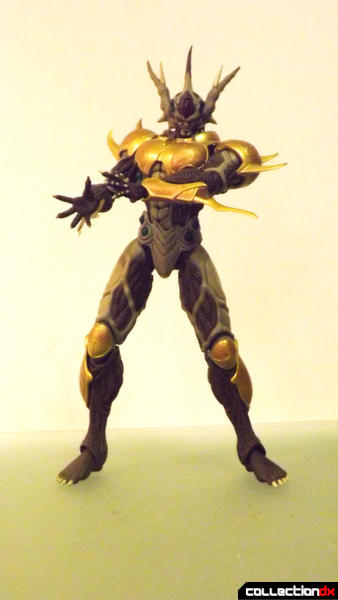 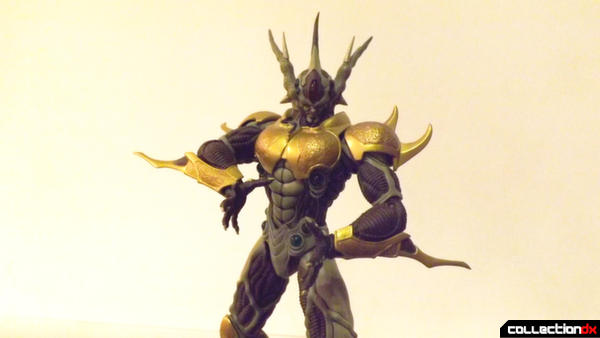 Guyot comes with a larger stand that clips onto his waist, but the figure can usually stand on its own without the stand.
Two sets of hands are included, open and closed and a grabbing hand for just the left side. 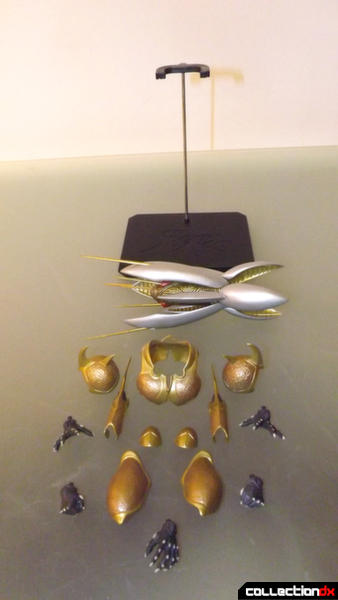 The final accessory is the Guyver Unit Remover, a device created by the Alien races that created the Guyver Armor.
In the series the Unit Remover is the only way to un-bond a Guyver from its host.
The Unit Remover in this set is 7 inches long and can attach to either of Guyots Wrist pegs, it fits on securely, but the points on the remover are very fraigle.
The paint and design inside the Remover is really detailed and a great touch. 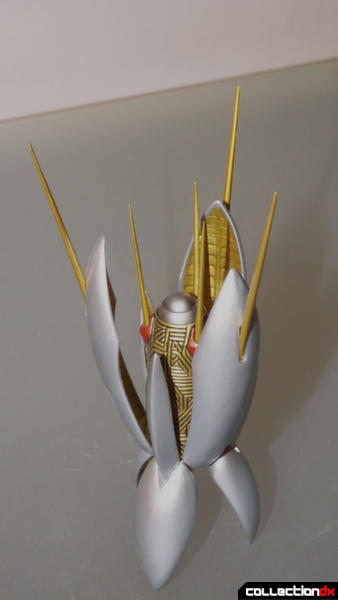 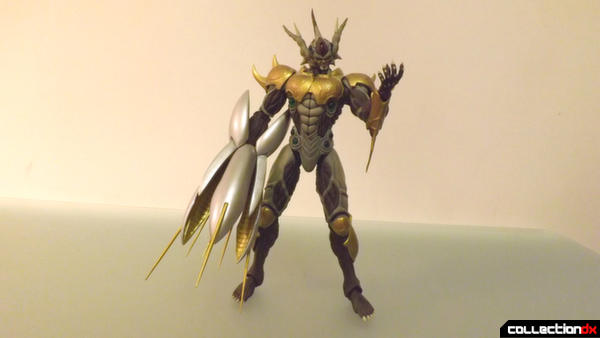 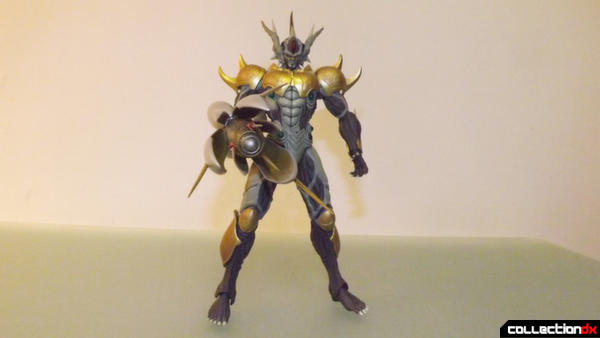 Guyot stands at 10 inches tall and is in scale with other figures in the line.
Its a great figure that is a must have for fans of The Guyver. 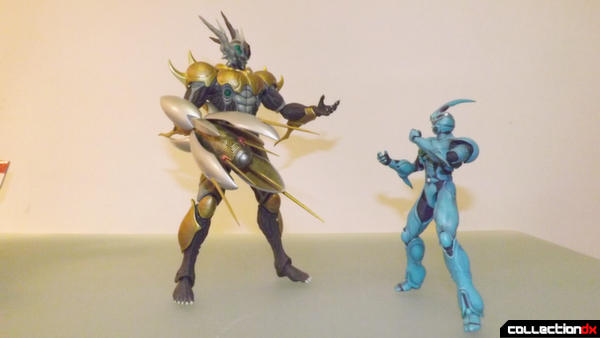 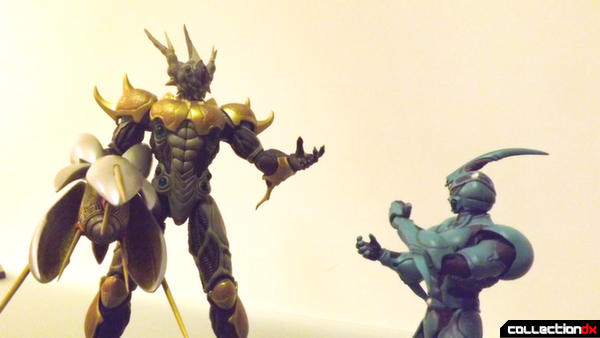 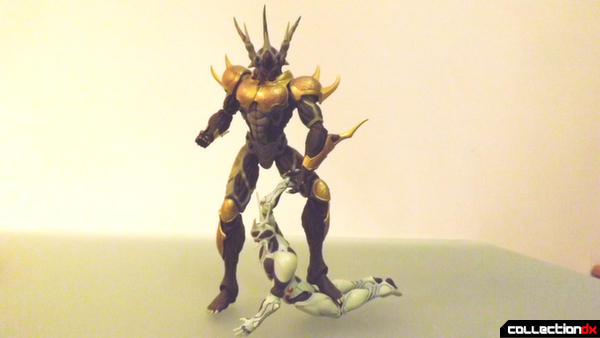 i failed this week.

but i have something special for you coming up.

.... So does that explain the last picture in the review...?

I know, that's from their final encounter and one of the most brutal moments of the series.

Was never a fan of the his Zoalord form, I like Murakimi's proto better.