Who is that little green haired girl that manages to sneak into the shots of the Japanese uber otaku reviews? Why, it’s none other than Yotsuba!

Once only available has a hard to find static figure, Kaiyodo brings us the Revoltech 2G Yotsuba, available from HobbyLink Japan. 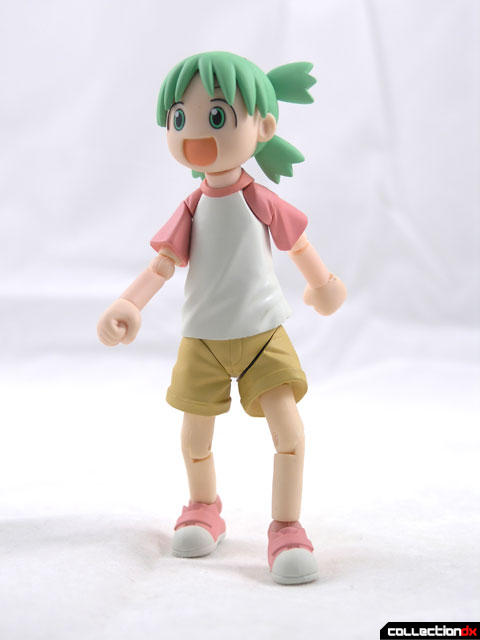 Anime and Manga nerds know Yotsuba as the title character of the series Yotsuba&!, a manga created by the same people as Azumanga Daioh. But for us toy nerds, we recognize this little girl as one that has shown up in countless toy reviews in Japan. Yotsuba has become a sort of an indicator of scale. By placing a small Yotsuba figurine in each review, readers can get a sense of scale of the toy being discussed. You can see a good example of the previous Yotsuba figure here. 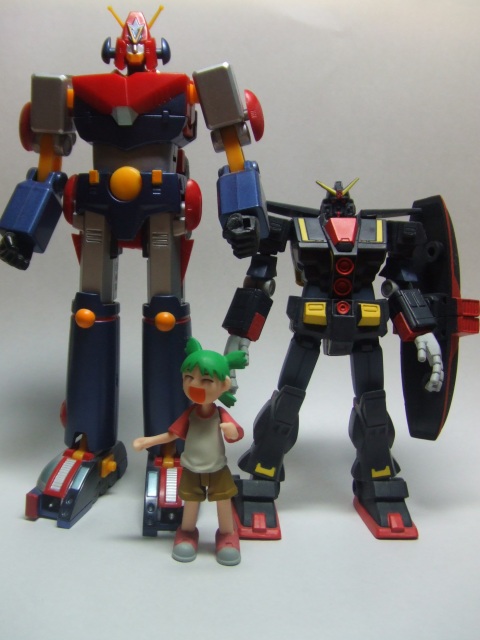 Kaiyodo recognized the demand for people to have their own, articulated Yotsuba figure and responded with the Revoltech 2G Yotsuba figure. 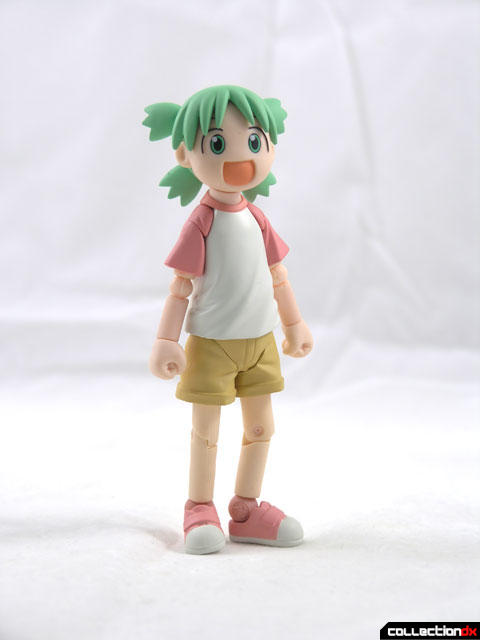 This figure is really cute. There aren’t a lot of Revoltech joints, but it’s quite poseable and absolutely adorable. Yotsuba features 2 heads, 2 extra hands, a squirt gun, Popsicle, and display stand. The head swaps out easily and is attached with a Revoltech joint. The shirt is new for the Revoltech line – its rubber, making for more poseability. In fact, Kaiyodo included an extra dual Revoltech joint to be swapped out with the existing chest joint for added flexibility. 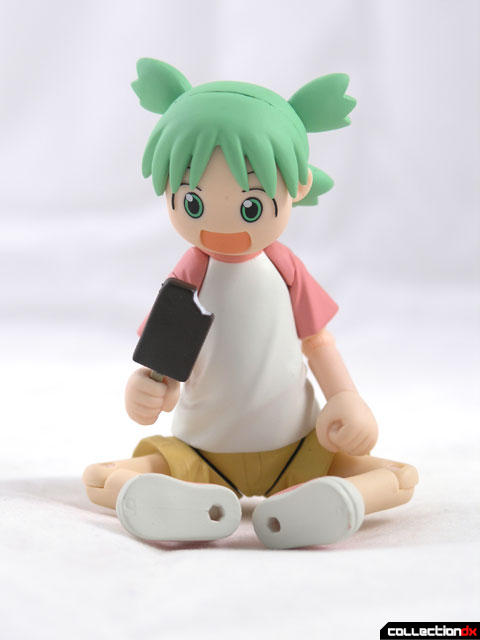 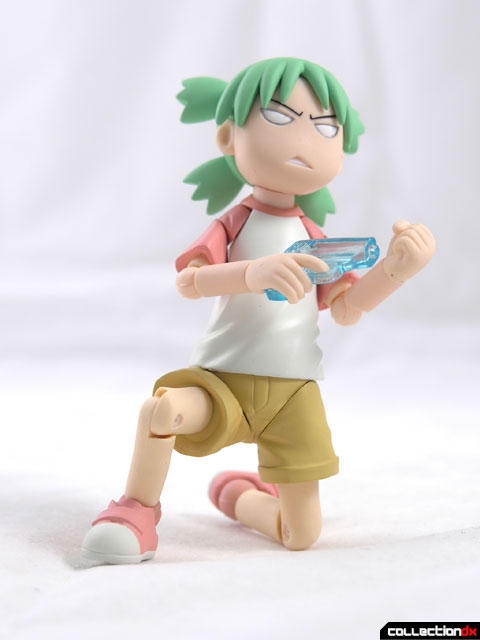 The shoulders are dual swivel joints and not as articulate as I would like. You can put Yotsuba’s hands up, but the shoulders end up looking odd. The elbows are Revoltech Joints, and the hands can be swapped out easily via standard plug joints. 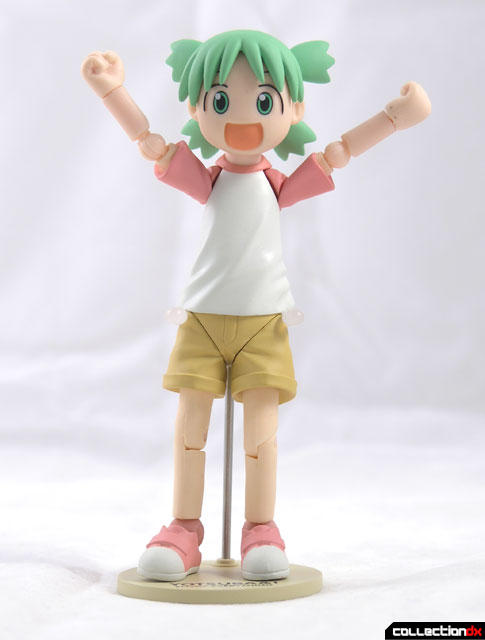 The hips and knees are standard joints but the ankles are Revoltech joints. Youtsuba stands up pretty well but does benefit from the stand when trying advanced poses. The stand can be used as the base only or in conjunction with the included metal rod. 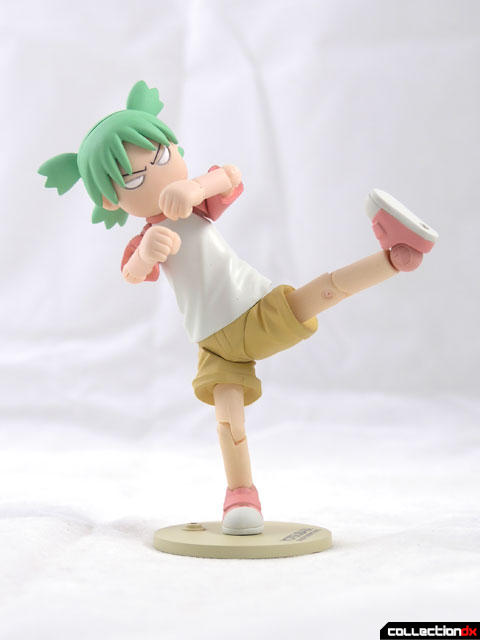 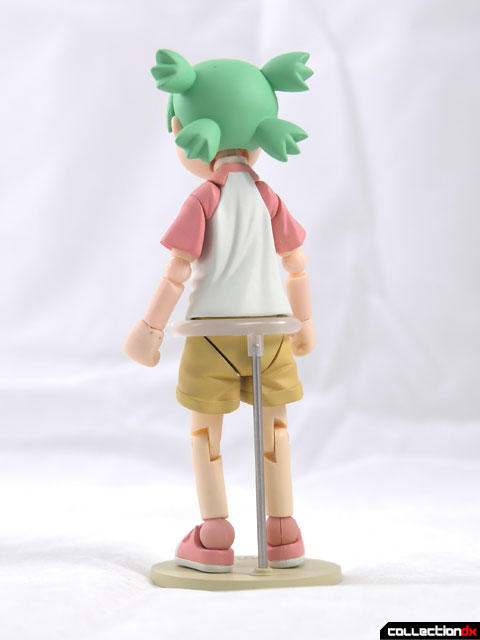 If you are not into cute, this is not the toy for you. But if you are sick of using AA batteries and cigarette packs for size comparison, why not pick up a Revoltech Yotsuba? It will add some color to your otherwise boring life. 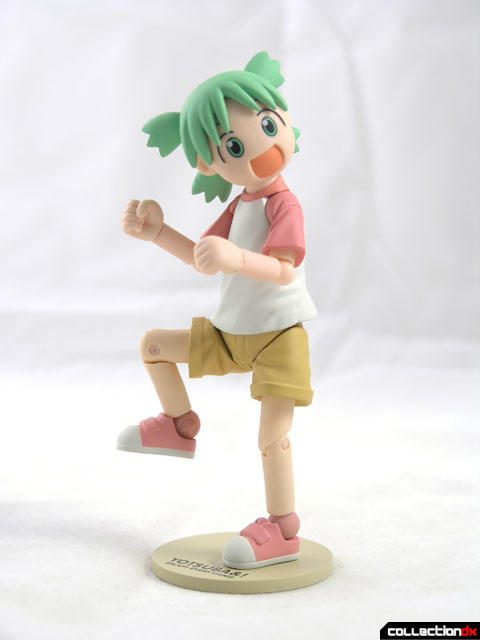 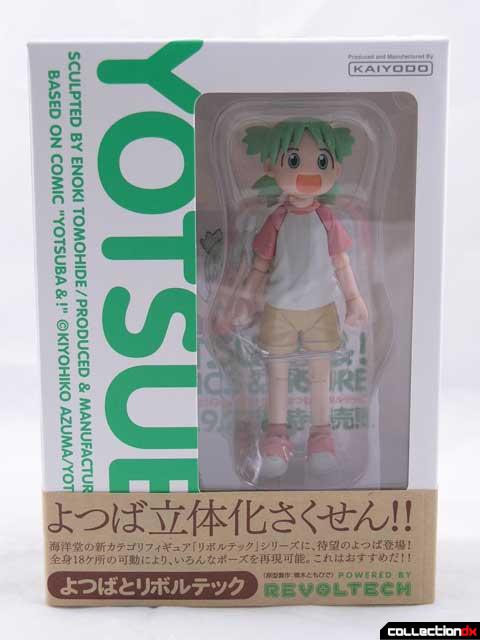 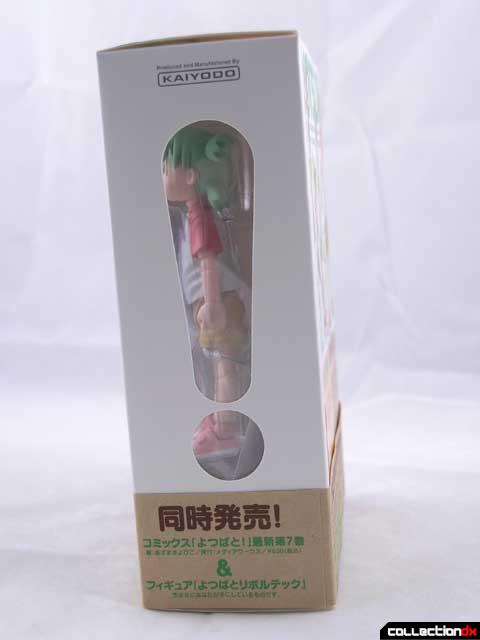 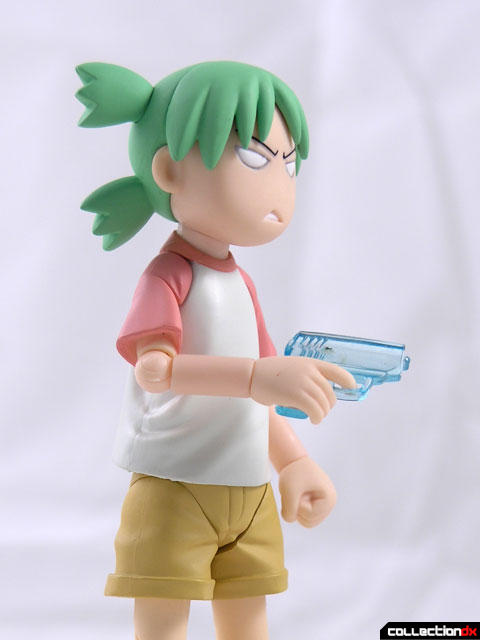 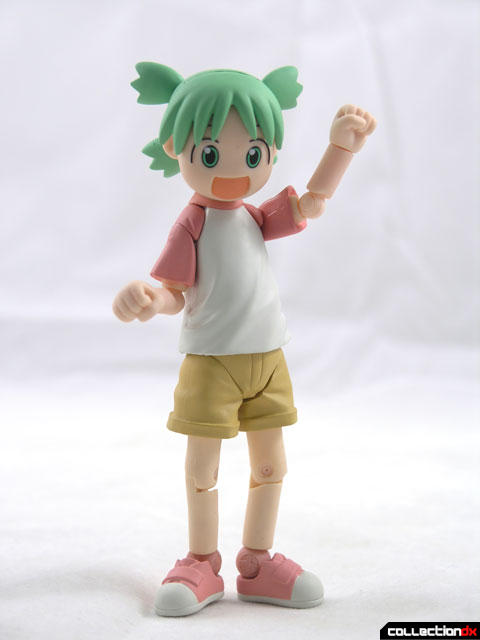 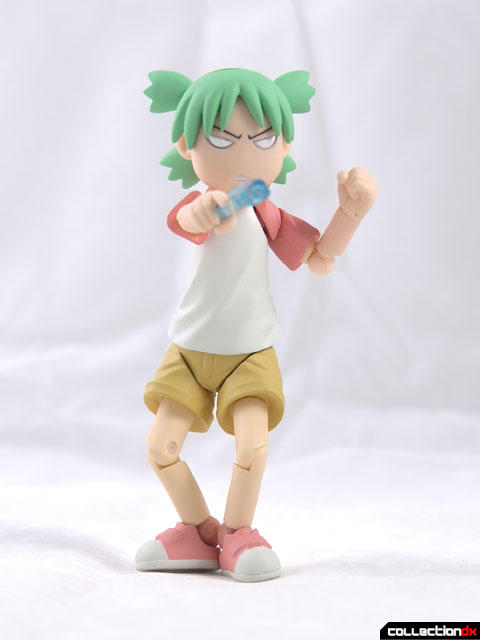 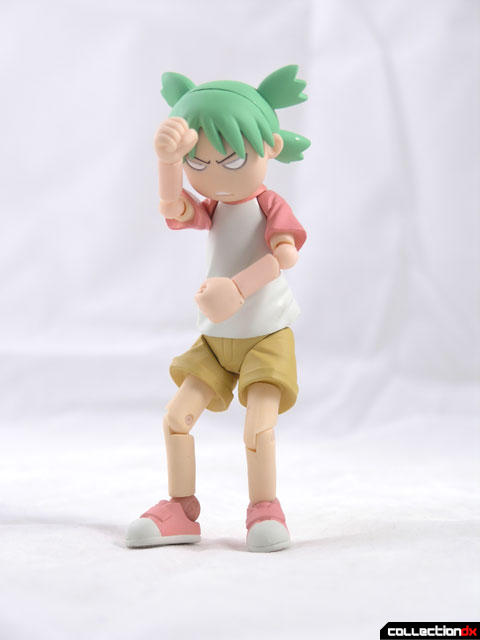 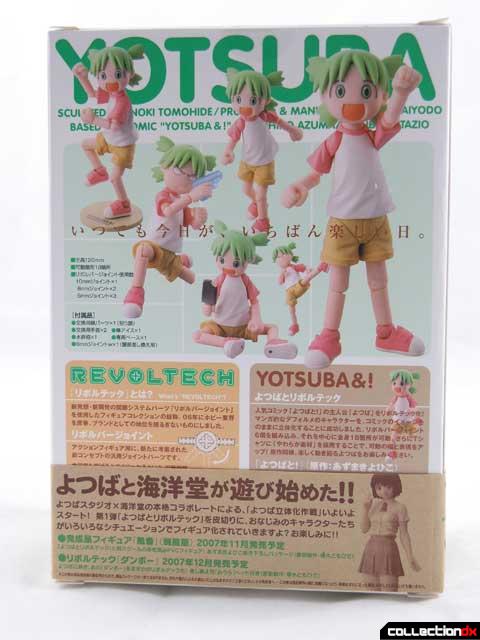 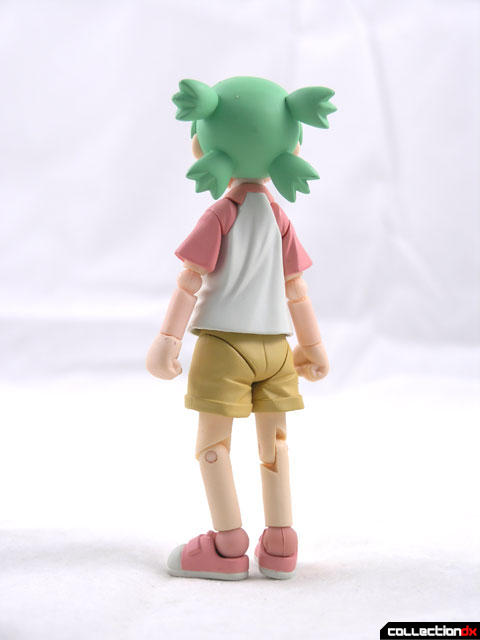