If you get the YF-19 Valkyrie, you kind of need to get the Fold Booster & Fast Pack, it just seems incomplete without it. Yamato sold the fold and fast set as a stand-alone set (as reviewed here) or they also sold a combined set. 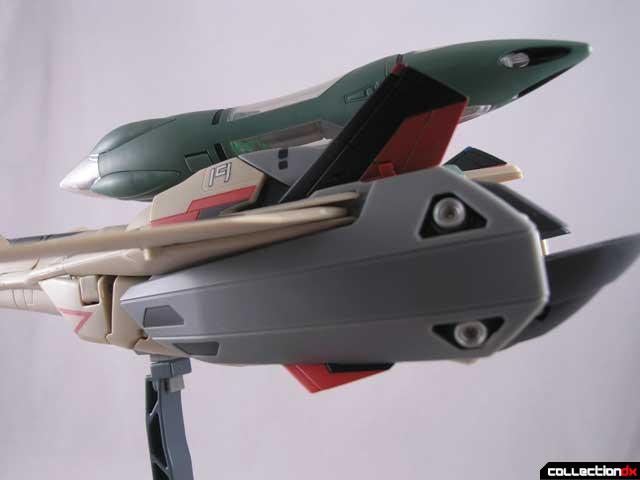 The set, which runs about $50, includes the fast packs, cockpit parts, an additional pilot, and of course the fold booster, with stand.

So let's start with the Fast packs. FAST is actually an acronym for Fuel and Sensor Tactical. These are add-on armor packs that can enhance the Valkyrie's range or firepower.

The YF-19 FAST packs consist of shoulder and leg armor. The shoulder armor (while small) act as supplemental fuel tanks. In fighter mode, the tanks are grey aerodynamic blocks behind the center section. The parts feature a flip out connector that connects to the back of the shoulder blocks, while a flip down spacer moves the legs lower. 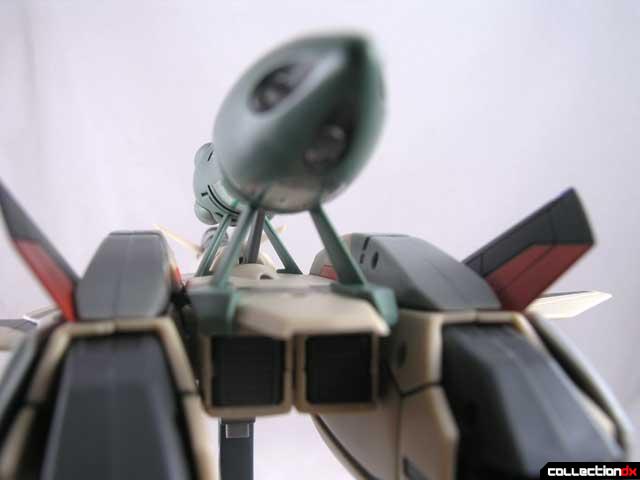 The leg packs are supposed to feature extra banks of micro missiles but don't open. You just have to assume they do. Each large FAST pack adheres to the side of the fighter with MAGNETS! The magnets, while not super strong, are strong enough to stay attached. 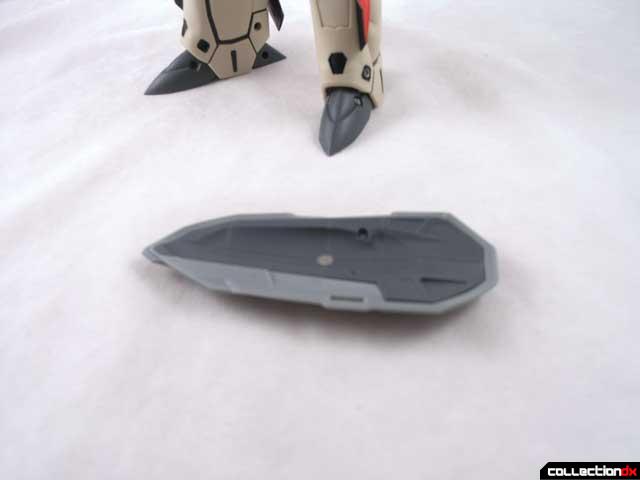 Fighter mode with the YF-19 is already a tricky thing to manage, and with the addition of the FAST packs it just gets worse. You click one thing in and another pops out and after a few minutes of this you are ready to throw it against the wall. If you are anything like me, you will just lose your mind. 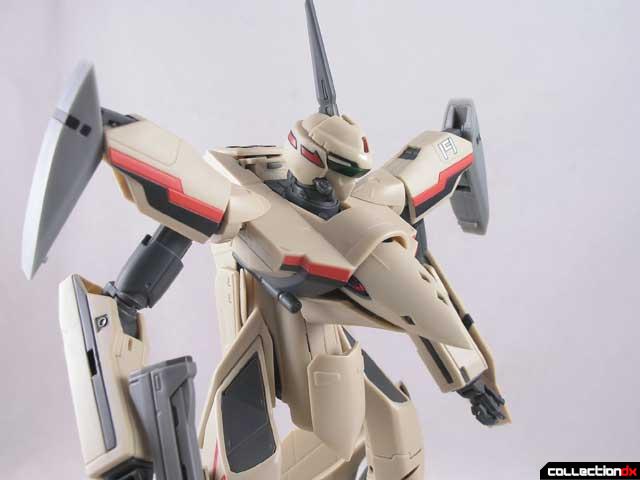 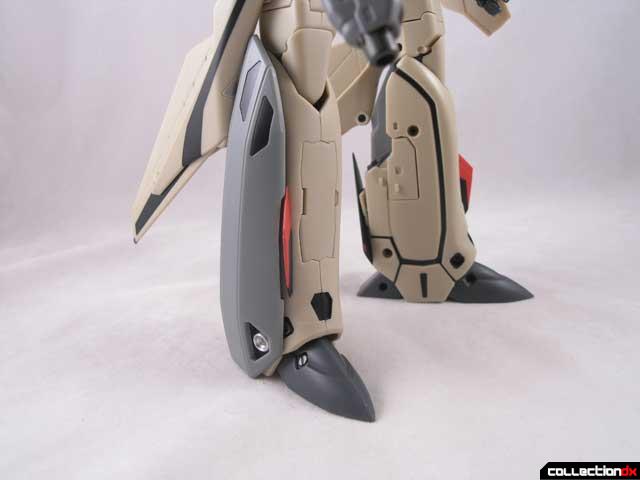 Fortunately, in Battroid and Gerwalk mode, the FAST packs stay on just fine, so it's likely that this is the mode you will want to display the toy in. 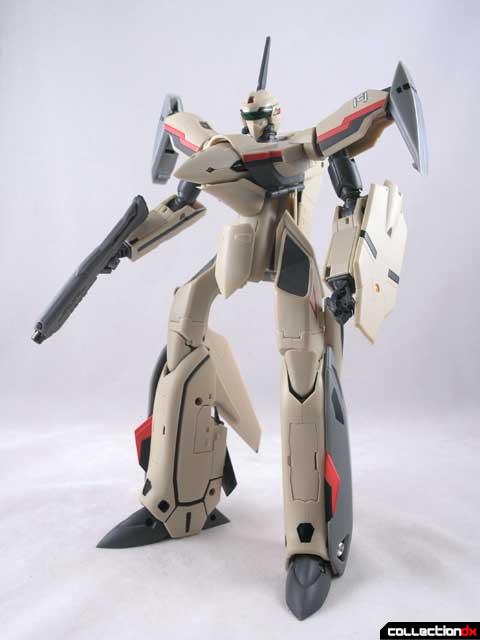 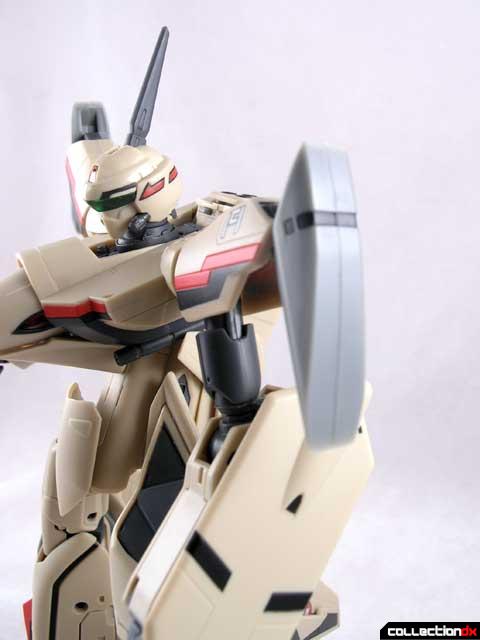 The next addition is with the cockpit. Included in the set is an additional seat and co-pilot, one scientist by the name of Yang Neumann. You must remove the existing cockpit and kibble around it to replace this seat. 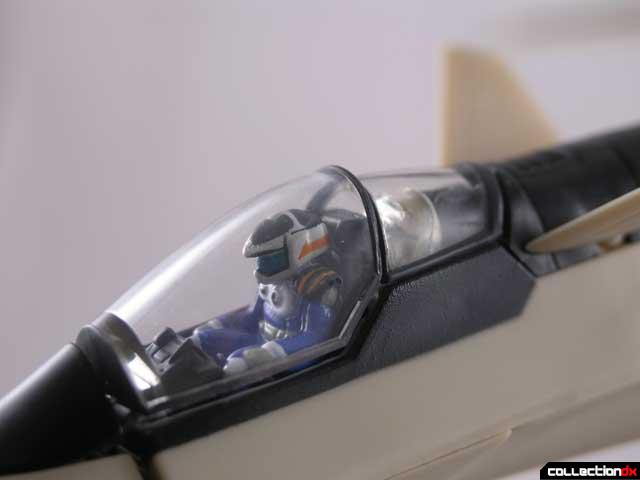 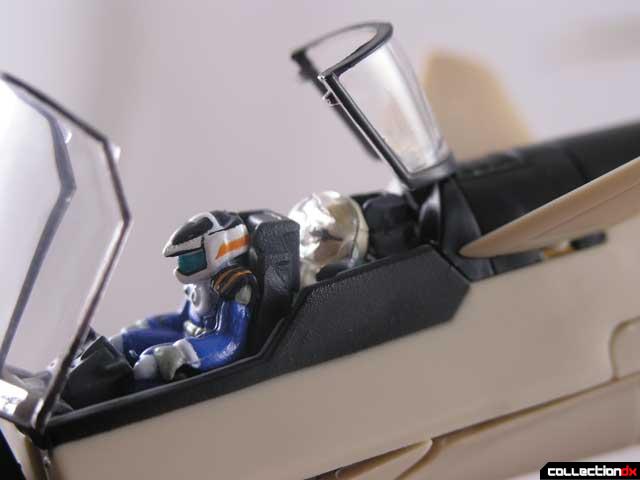 While all these things are well and good, the real reason you want this set is the Fold Booster. The booster enables the YF-19 to do a space "fold" to cover long distances in a short amount of time. 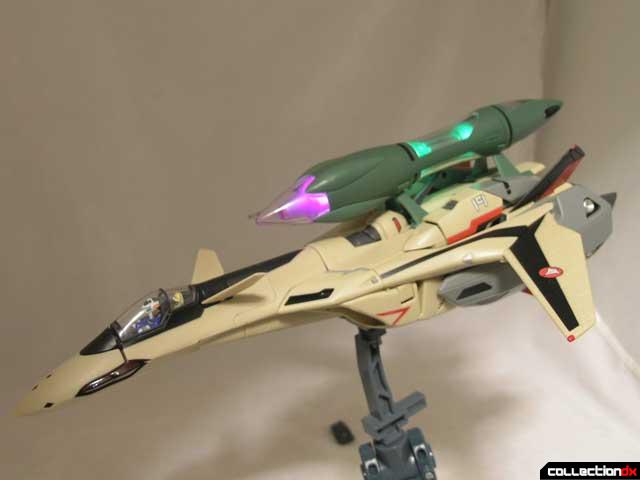 The fold booster consists of the booster itself, 2 connector parts, and a base (for storage when not in use). 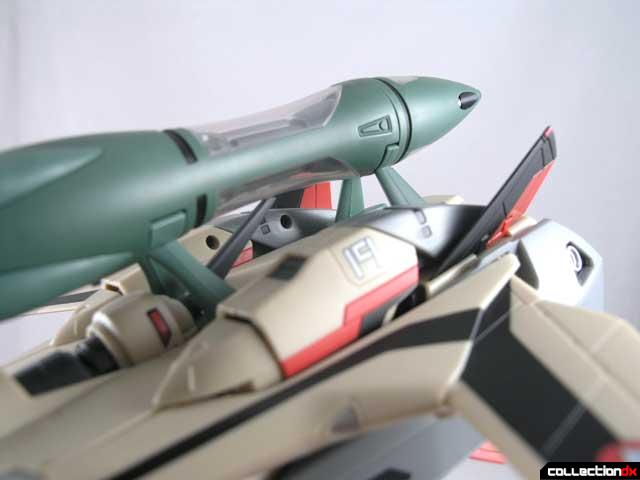 The beauty of the fold booster is that it lights up. Yep - electronics. 3 LR44 watch batteries (not included) are needed to power the light show. Once installed, turn on the switch and the lights pulse and dance in patterns replicating its fold journey. It's really quite stunning. 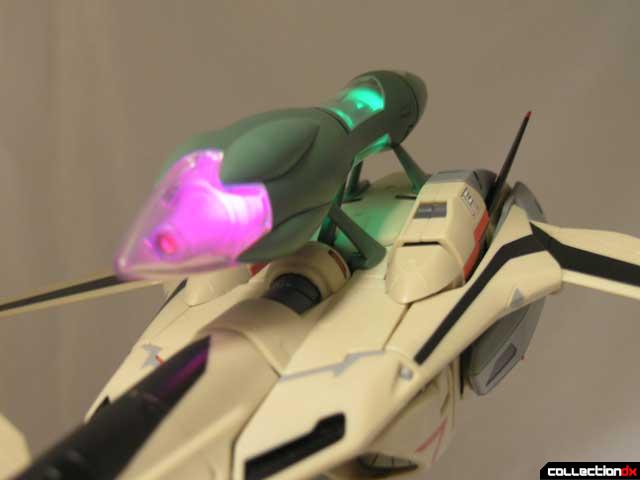 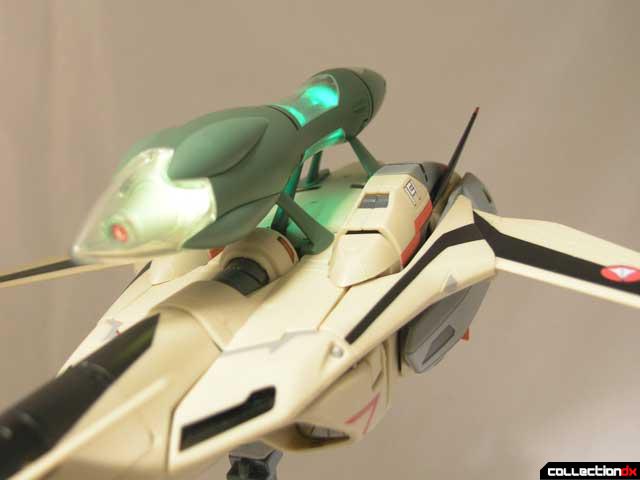 The Fold booster attaches to the YF-19 by its two connector parts which snap in the body and around the shield. The fold booster is unusable in the other modes, hence the stand. It is worth noting that the YF-21 comes with parts so it too can use the same fold booster.

Could this set have been done better? Sure. But the cool light up fast pack, the extra pilot, and even the packs themselves (when in Battroid mode) are worth the money. If you haven't gotten a YF-19, go for the combo pack, as I hear the Valkyrie has had small improvements. Otherwise, this pack is neat.