Saber Alter (セイバ) is the second figure to be released as part of the new Revoltech 2G line. This line branches off from the original line by showcasing different styles of characters and different sculptors. Saber Alter arrives courtesy of HobbyLink Japan. 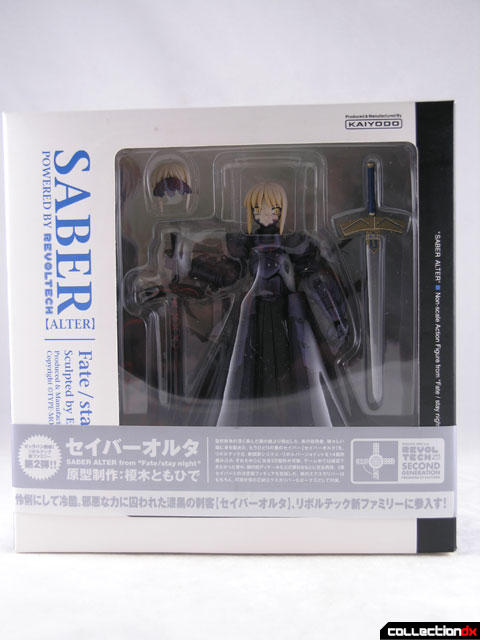 This figure is an “evil” version of the character from the “Fate/stay night (フェイト／ステイナイト)” game and TV series. In the series, Saber is possessed by a spirit of pure evil and turned into Black Saber, or Saber Alter. 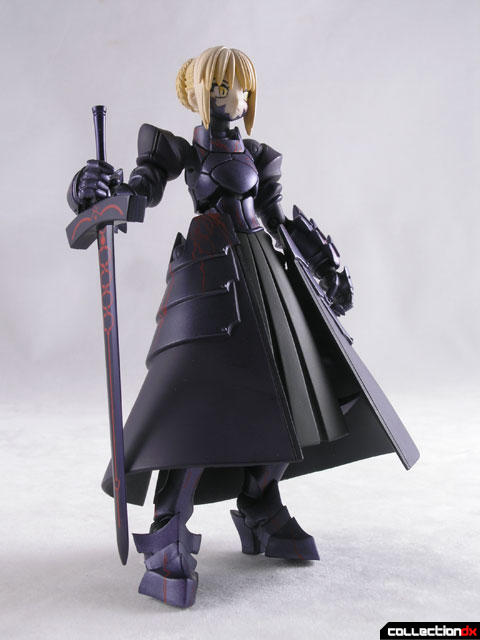 The figure is very similar to the first version of Saber, but I have to say I like this version much better. The styling is edgier and I like the overall dark appearance. Despite being the same character, this is an entirely new sculpt. 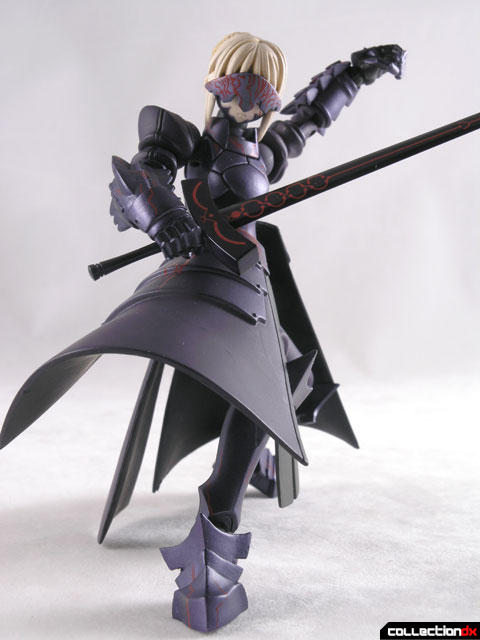 Saber Alter comes with two different swords. One is black with red detailing, the other is normal. 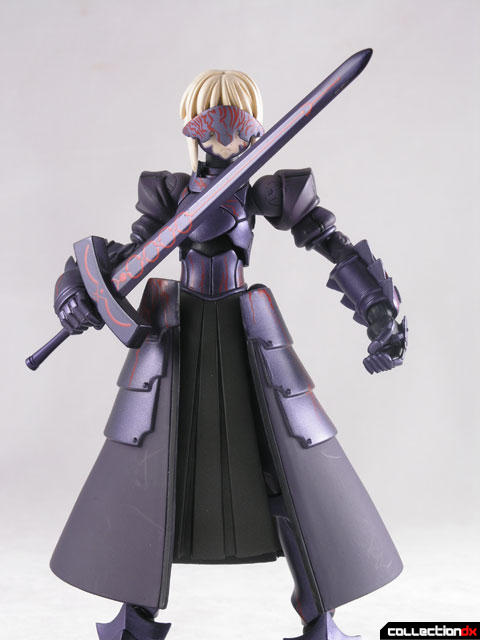 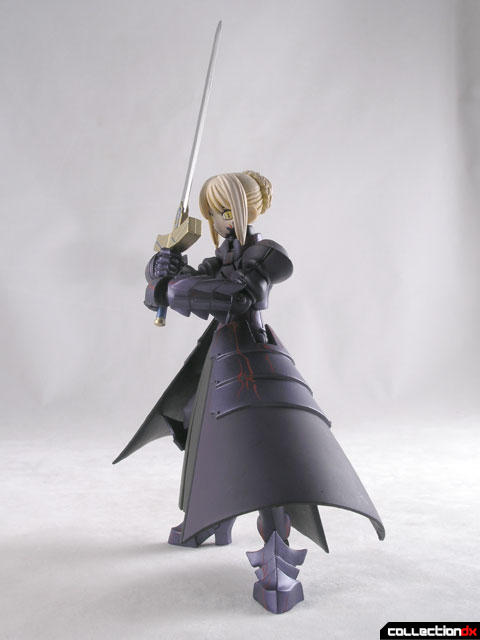 She also includes a stand and a variant visor headpiece. To switch the headpiece, you actually pull the front part of her hair off and replace a larger section. It looks really great. 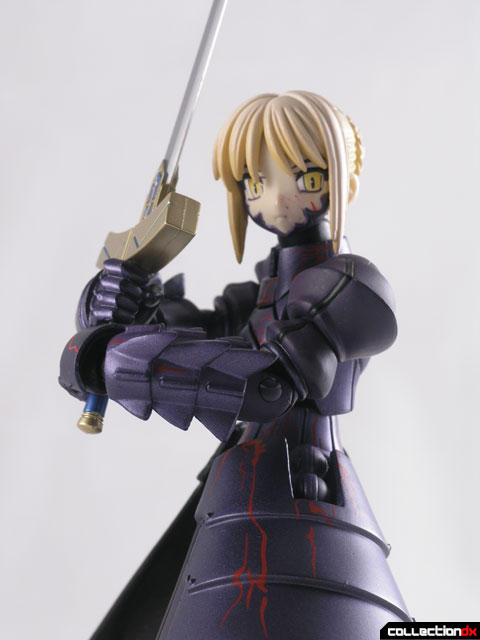 I can’t decide whether or not I like the zombified look or the visor look better. 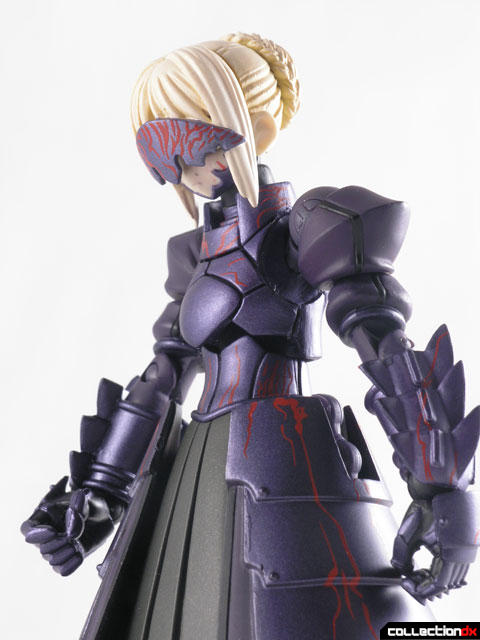 The larger feet make Saber Alter much easier to pose, and all the joints are tight and smooth.

Saber Alter is not without its flaws. There is a bit of discoloration in the face near the nose which looks like a flawed paint application. You don’t really see it with the visor off but it is a little disappointing. If you look at the promotional pics you can see a second red vein on the face that goes up near the nose – mine has the faintest smudge at the bottom – indicating a flawed paint application. 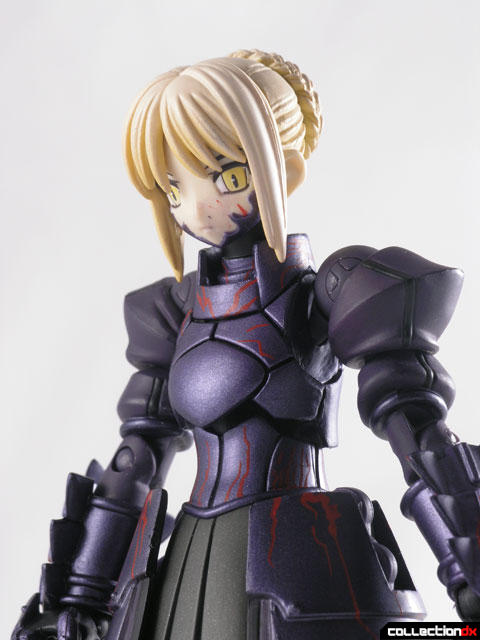 I also wish there were a variety of hands – the only hands are the ones you see on the figure.

Providing the paint issue is just on my sample and not widespread, Saber Alter is a great buy. If you were holding off on the original because it was too girly, this is the one you want to get! Order yours now from HobbyLink Japan. 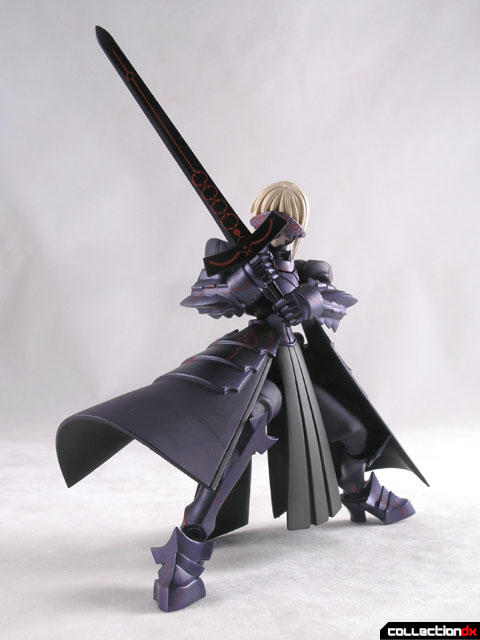