Bome is a Japanese sculptor who is well known in the anime girl figure scene. Originally making garage kits, he now works with Kaiyodo who was then even given his own line called the “Monsieur Bome Collection” which includes figures from various anime, video games and even original characters. 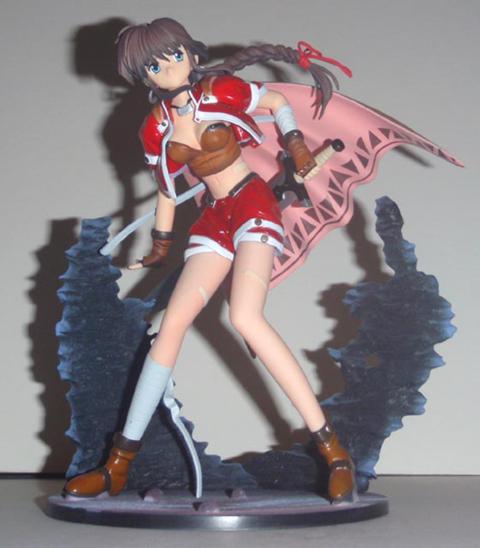 Vol.25 in the series is Mitsumi Misato’s Lucia from “Positive Penguin Life”. On the back of the card (Bome’s figures come on cards and not boxes like other anime figurines) reads this blurb in English"

“My first encounter with Misato Mitsumi’s art was with her illustrations in a computer game. I remember being shocked, as the pictures had a level of expression that I had never seen before. The basic formula for computer game illustrations at the time was a simple one color rendering, but the technique of Ms. Mitsumi’s drawings was really gorgeous, and they stood out above the rest. After that, I learned that Ms. Mitsumi had published a dojinshi series, which I proceeded to fervently collect. The moment that I saw Lucia in “Positive Penguin Life,” I was overcome with a desire to make her into a model, and I remember going up to Ms. Mitsumi’s booth at the next Comic Market and asking her permission to create it. Even though I had no appointment, she happily obliged, and because of that I was able to release this figure in the Wonder Festival that same year. I am extremely happy that a item with such personal significance for me can be sold now as a completed PVC figure.” 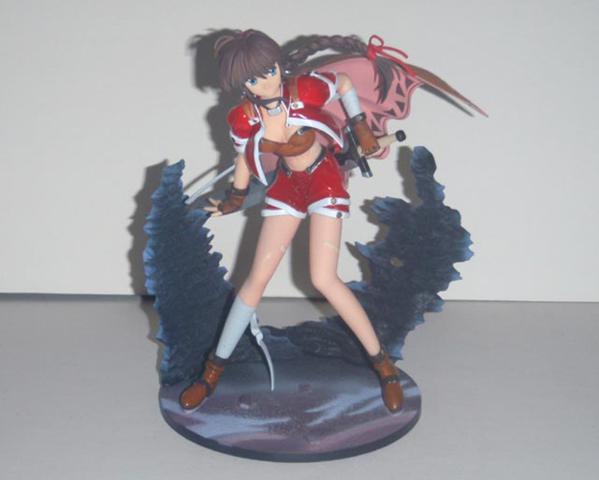 Although no scale is given, I estimate that she is about 1/8 scale, basing it on other figures of similar size (and 1/8 scale is generally the standard scale of most anime figures). I just have to say, the amount of detail on this figure is staggering. You can just see the love and care that went into an item such as this. Take the hair for example. You can see how well the detail went with her bangs, sideburns and even the braid with a little red ribbon on it. What I love is the way how the jacket, shorts and boots are glossy while the rest of the figure is matte. 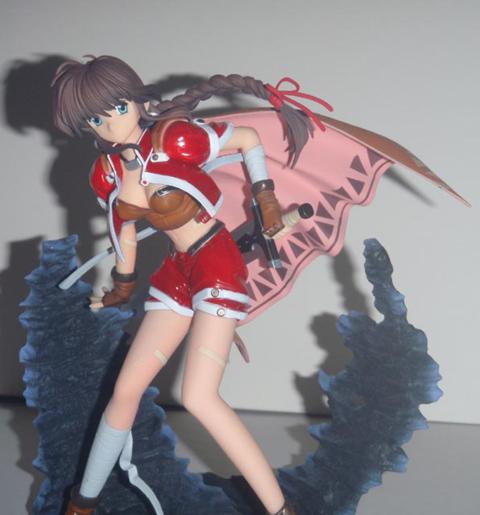 The blade part of the figure is separate in the package with you have to attach. It definitely looks nice with hold holding it behind her. One of the main draws to this figure for me is the old school high fantasy look it has, which was indicative of the time it was originally design (not sure of the year, but I see the date 1997 for the doujinshi. I’d thought it’d be older actually). Even the cape on her is nicely detailed, with the folds as if the wind is blowing. 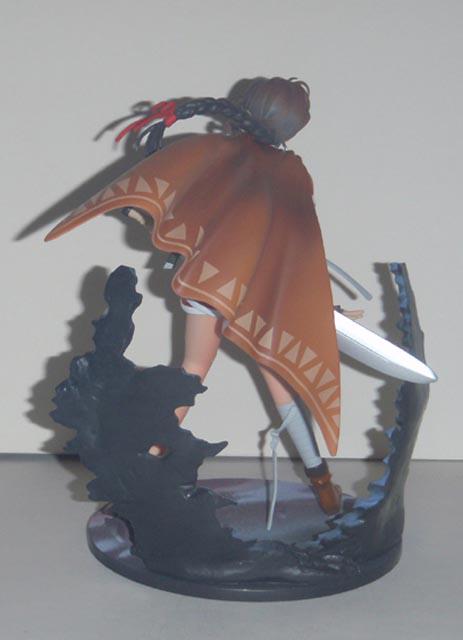 The stand she comes with done well too. The ground has airbrushing with a few scattered rocks. Behind her are two rock formations which add a nice touch to the fantasy aspect of the figure. 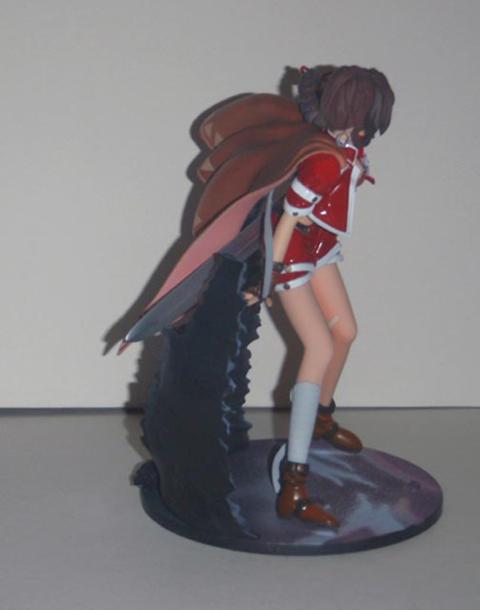 You know what the most surprising this about this figure is? The fact that it is SO cheap for the high quality of it. At NYCC, they were selling these for $20 (I got it and two others for $15 each). Even HLJ has these on sale for around the same price. For that price I really think you should get this if you like fantasy anime figures that have a great deal of detail and imagination. 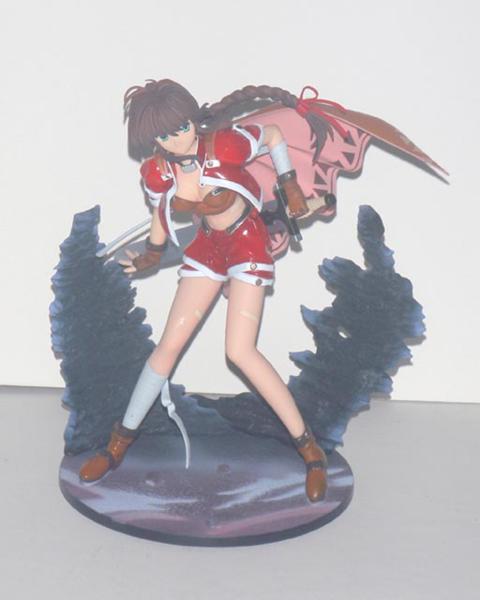