The Soul of Chogokin King Joe (超合金魂 キングジョー) is the 37th release in the SOC line. 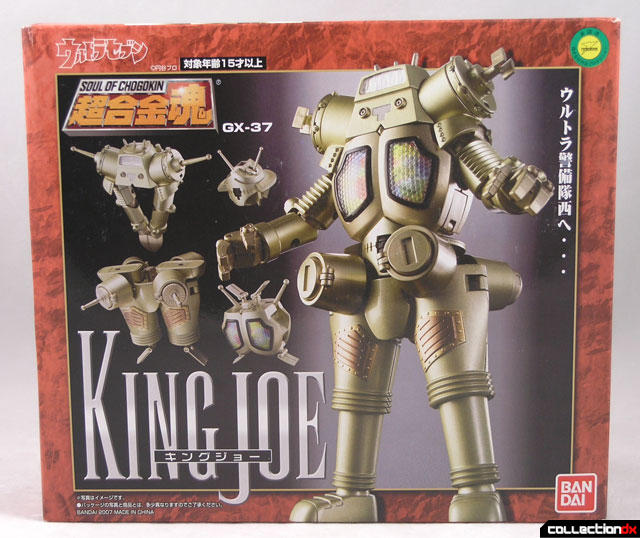 If you are an Ultraseven or Tokuatsu fan, this chogokin King Joe is a must buy. Fans who are not familiar with the series may regard King Joe as an oddity or a curiosity, but I urge you to check it out. King Joe is a fun toy.

The toy consists of 4 separate parts that combine to form the mighty robot. Each part has a flying mode in addition to being a component of the combined King Joe. Prior to this review, I didn't know that King Joe could come apart! 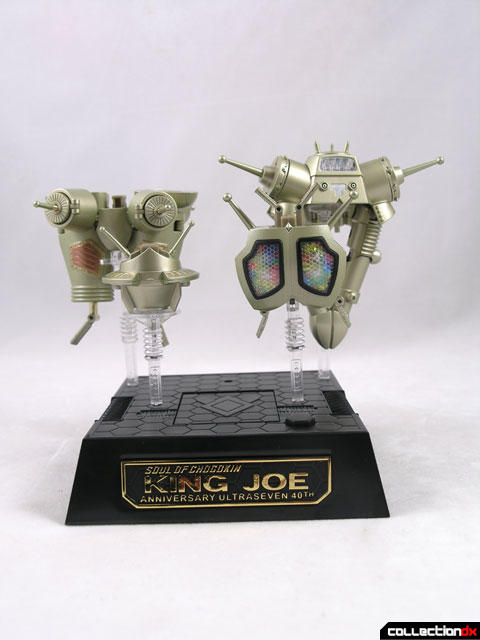 You can display King Joe in either Robot mode or as the individual parts. Each individual part is supported by a clear stand, which can be stored in the base when not in use. 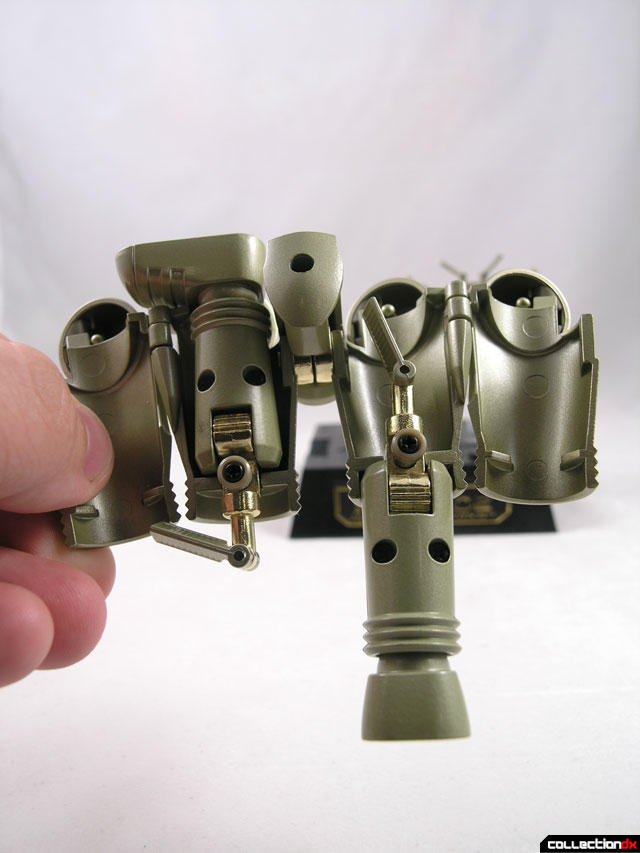 The leg section of King Joe has the most complicated transformation of the set and features the most metal. It is almost all diecast. Transformation is simple; just open the leg panels at the rear, rotate the legs, and close. The antenna get turned around and placed in the body. Each antenna is actually held in place by a spring, to prevent breaking. Included is an alternate set of antenna, but I don't know what their purpose is. They seem essentially the same. 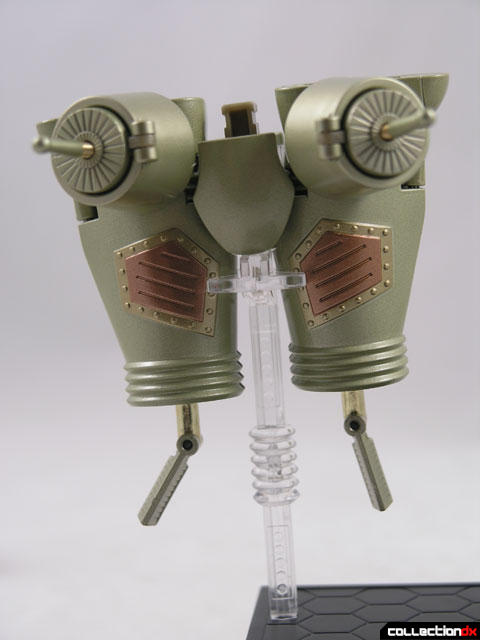 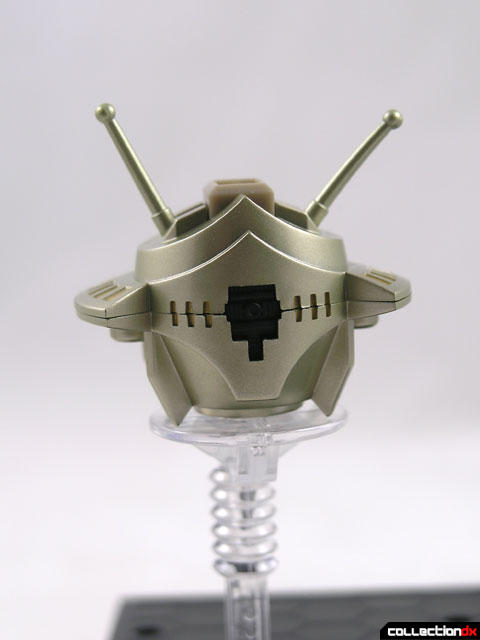 The next part is the lower torso of King Joe. In flight mode, you just pull out two antennae from the top. Thats it. No metal in this one. 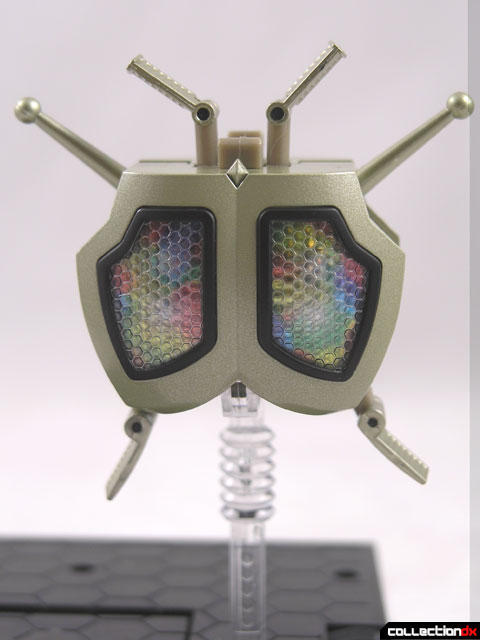 The upper chest of King Joe also has a lot of metal. small wings at the top and bottom fold out in flight mode. 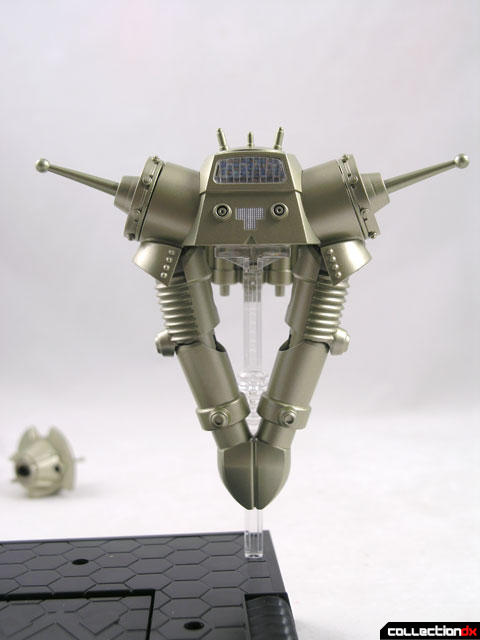 The head unit is surprisingly light. It features an interesting method to switch from the regular antenna to king Joe's antenna. Check out the video to see this in motion, but it just shows that Bandai still has surprises in store for us. The top section also features the only "cheat" on the whole toy. While most of the toy is a "perfect" transformation (meaning no parts left over), Bandai relies on a combined hand unit to tie the flight mode together. When combining, this unit is swapped out for normal, articulated hands. 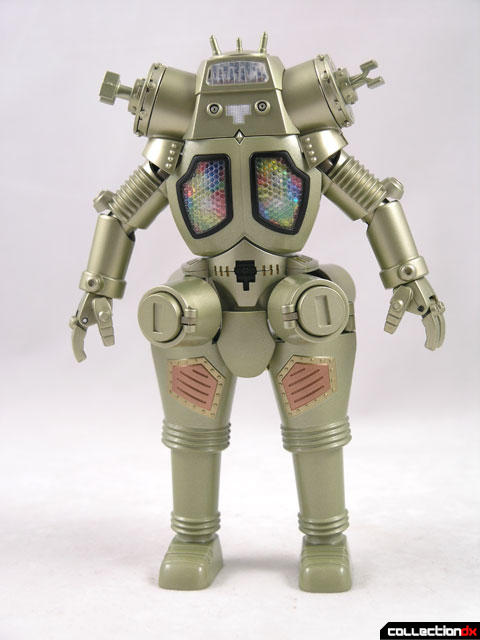 In Robot mode, King Joe stands about 7 inches tall. The combination is achieved by magnetic connection points and one snap joint. It looks great, but the magnets are not very strong. If you try to pick King Joe up by the head, the head will come off. The body is just too heavy to support the weight. 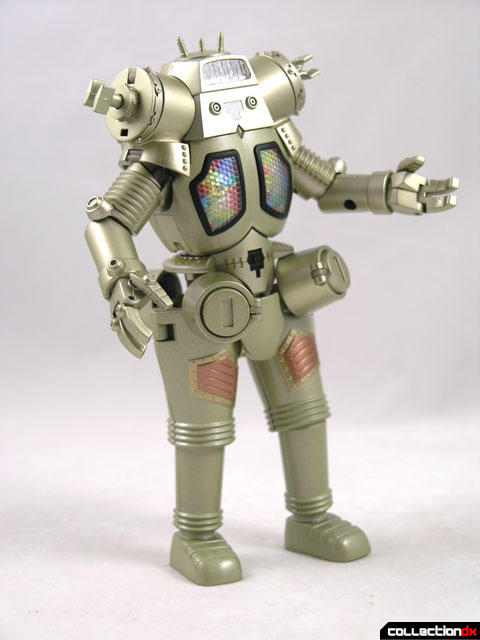 The toy technically has 13 points of articulation, but the movement is limited by the design. The arms and waist move fine, but the leg motion is limited especially at the hips. I don't have a huge problem with this though, as King Joe is not a dynamic character. In the show he moves rather slowly, and any quick motions are achieved by separating and flying around. 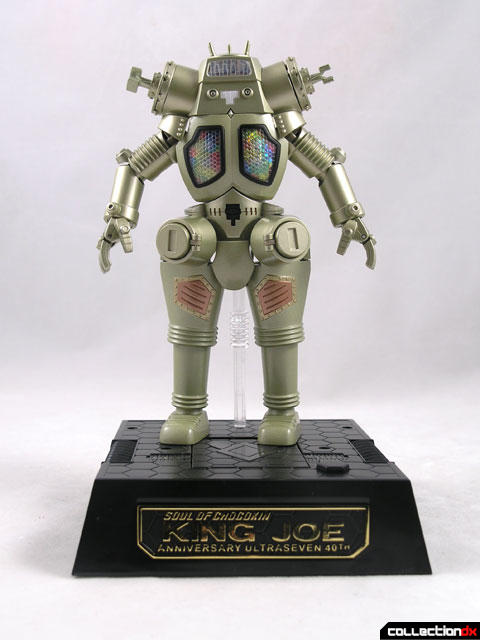 The display base features stands to support King Joe in robot or flight mode. There is also a spring-loaded trap door in the base that houses a miniature Pedan Seijin spaceship. 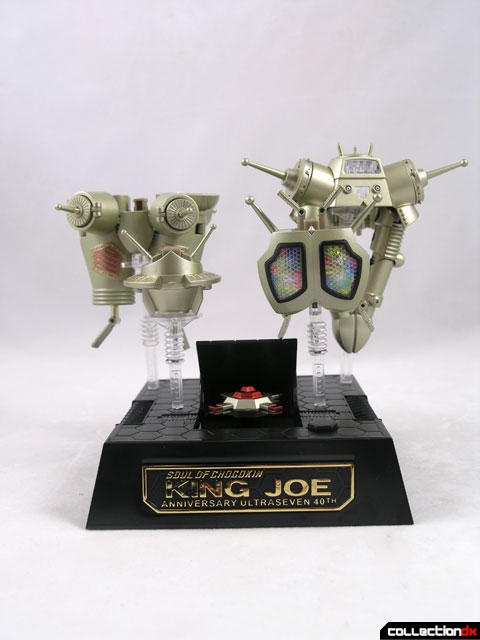 While not a traditional super robot, King Joe is a worthy release. Even if you are not a huge Ultraman / Tokuatsu fan, this a toy that is fun to fiddle with and transform. 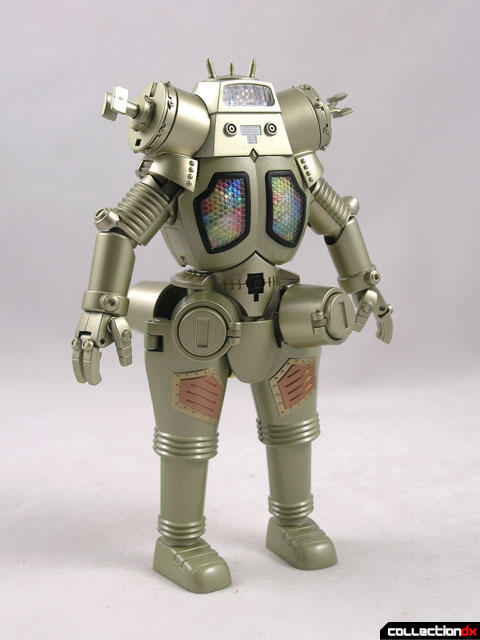 What a beautiful toy! My gawd they really out did themselves on this one! Perhaps one of your best reviews Josh, fantastic!

Wow, I can't believe I somehow didn't realize that this was 7 inches. That size will work great with my ultra act figures! time to save up and replace the 5 inch bandai vinyl i have been using :)