You can blame Mark Nagata for this one. When I met him this summer out in San Francisco, I saw this guy in his desk. He was absolutely beautiful, maybe one of the nicest Hedorah sculpts I had ever seen. It was molded in translucent orange vinyl, stood about 8" tall, was reasonably articulated (arms, head) and included a cool little smokestack accessory. There were four versions of this toy released: BB Version, Green Eye Version, Pink, and Pink Eye version. 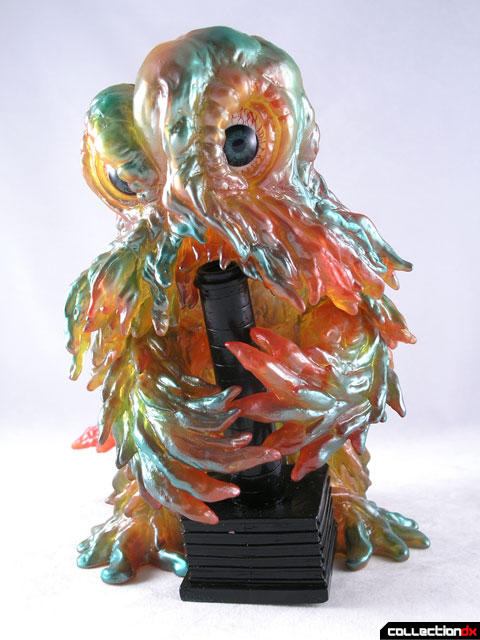 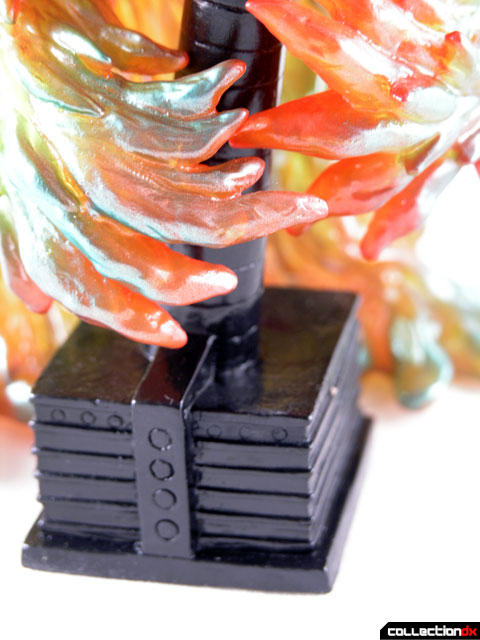 Hedorah has quickly become one of my favorite classic kaiju, and really the only modern vinyls I have bought lately have been of this character. Can one have too many Hedorah? I know for sure I can't. Toho needs to get its act together and bring this monster back. A lot of Godzilla fans say Godzilla VS Hedorah is the worst Goji flick but I can't get enough of it. 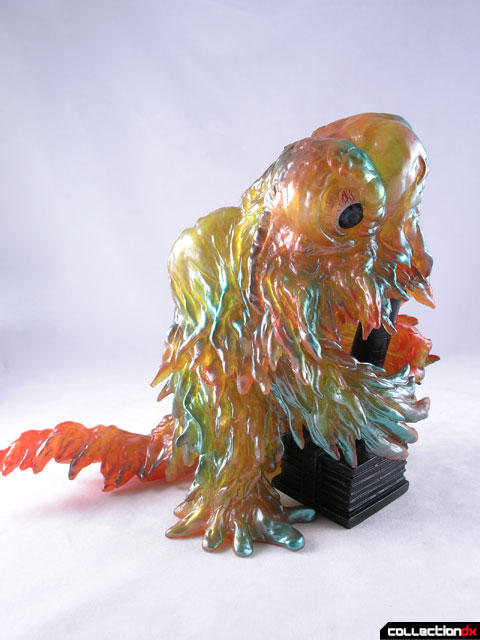 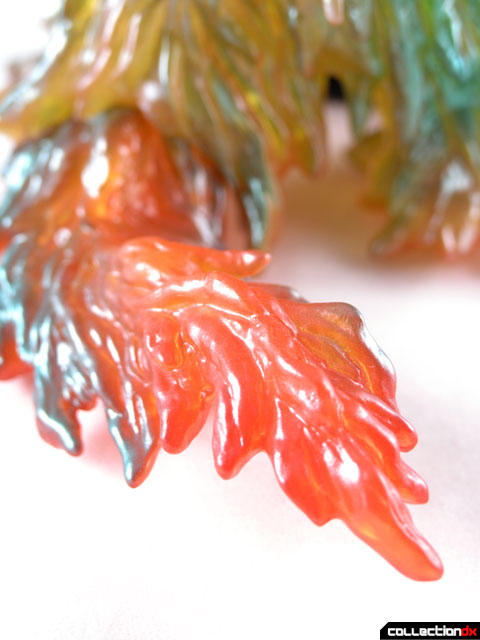 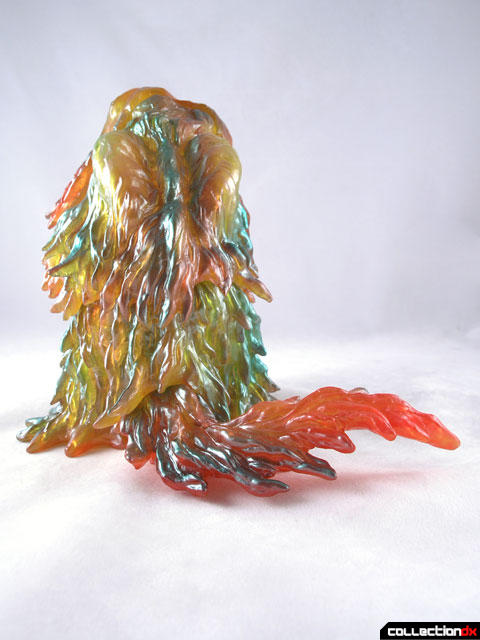 Hedorah has a neat feature that is really drawing me into the world of "Artistic" kaiju vinyl - when you smack the head it activates two blinking lights (one in each eye). It makes a really stunning effect, and adds some value to the vinyl. 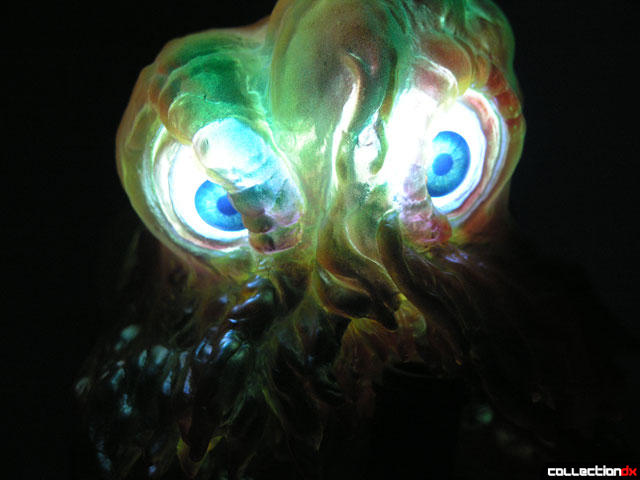 Haha..I think I'm going on six right now...and that's AFTER selling/trading at least five to you, Nekrodave, and others! ;)

Seriously, Hedorah addiction is a common affliction in the vinyl kaiju realm. A LOT of us are recovering, but it hasn't been easy...especially with all of these recent, ridiculously tempting offerings from CCP, M1, Marmit, Atelier and the like.

"Toho needs to get its act together and bring this monster back. A lot of Godzilla fans say Godzilla VS Hedorah is the worst Goji flick but I can't get enough of it"...

Well, he did return in Final Wars, but in my opinion, the cameo was TRAGICALLY short. I liked his updated design...and, of course, subsequent toys of FW Hedorah are pretty cool.

As for the original film, I enjoyed it too...though I perhaps could have done without Godzilla flying! Otherwise, it definitely had a unique *funk* to it. And, PLEASE, the "worst" Goji flick? Clearly, these people've never seen Godzilla's Revenge. Ugh. You wanna see crap...see that movie. Ouch.