EX Weapon Sets are armor sets that you can use with your existing Busou Shinki figures. They are not as large or as complicated as a regular set, and do not include a body.

For this review I have used the body of the MMS type naked black with this armor. 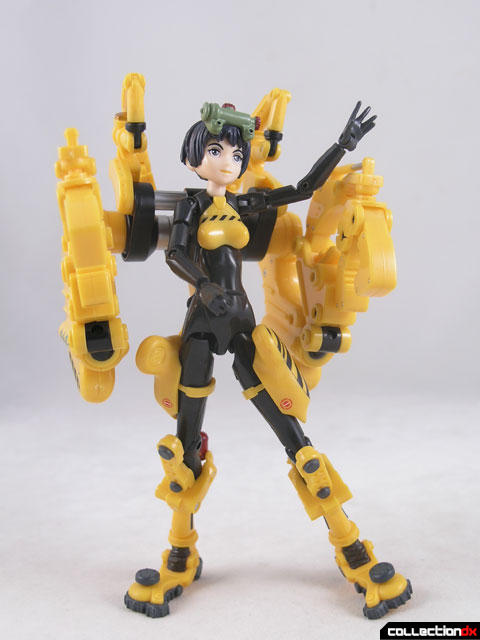 The MMS Type Builder Grapprap was obviously influenced by the power loader from the movie "Aliens". Its yellow color and hydraulic construction are clearly made for work as opposed to war. Large yellow claws provide extra power for picking up debris and construction material of all sizes. 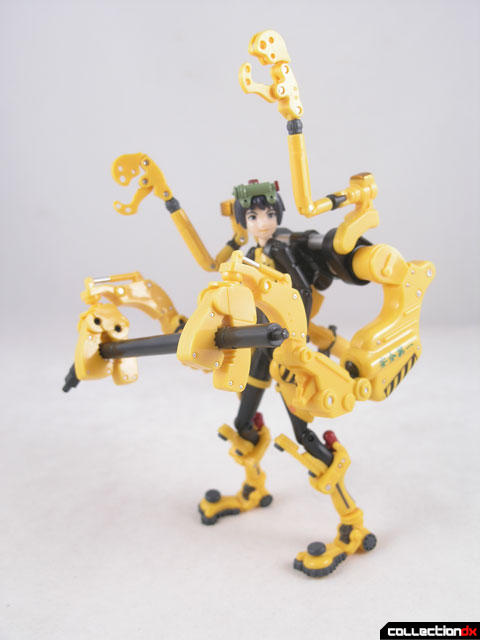 Grapprap comes in a smaller box, and the parts come packed in two clear trays. There are tons of accessories included. You get a head with a small torso that acts as a stand, leg attachments, and then the whole back attachment with two sets of arms. You will need to use the torso and arms from a completed Busou Shinki figure to assemble this figure. 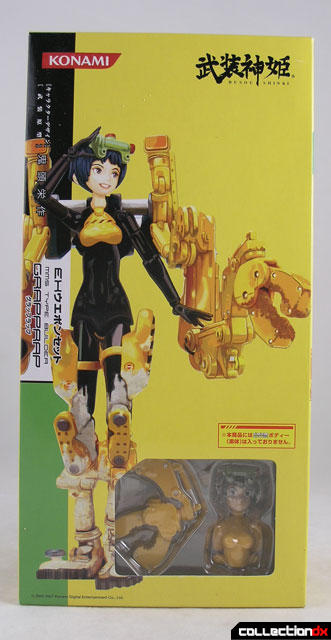 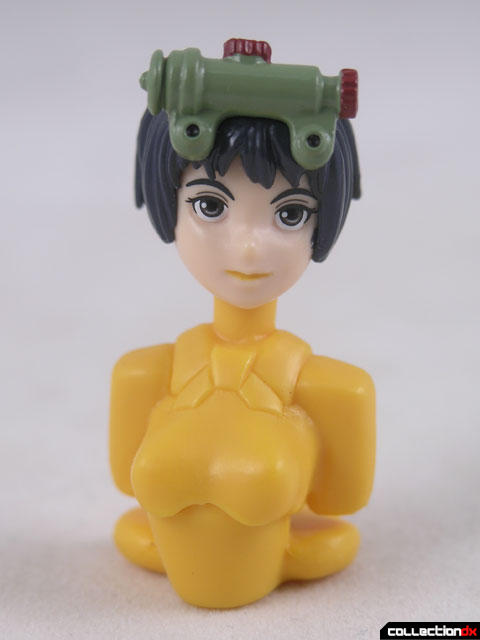 The detail on the parts is fantastic. Each bolt and rivet is painted silver, and there is paint detail throughout all the parts. The quality of the plastic and the build is fantastic, as is the norm for Konami releases. 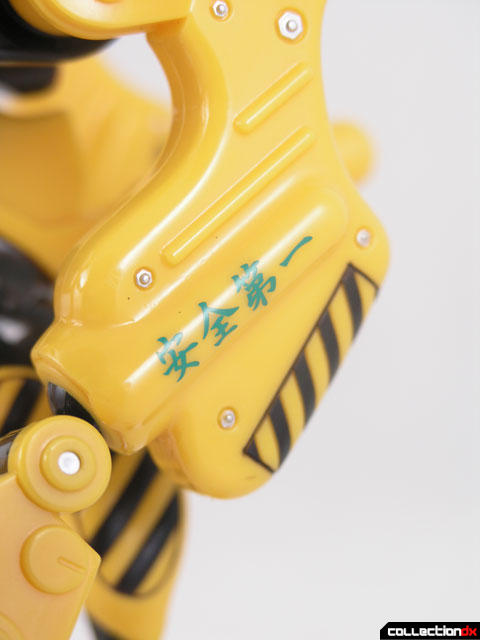 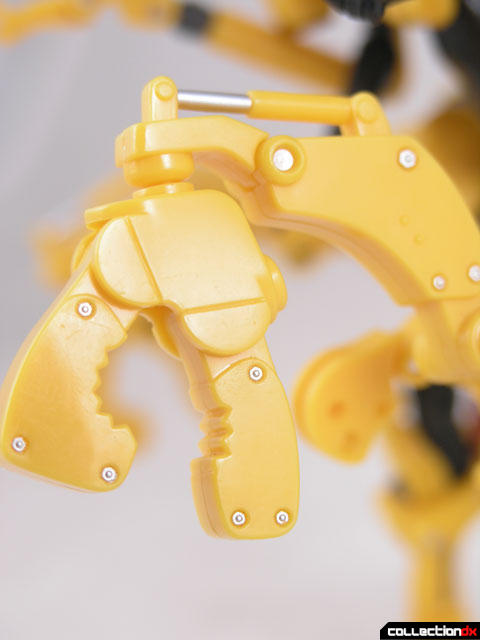 The leg parts are articulated at the ankles, but that's it. It's in the arm units that all the fun is. 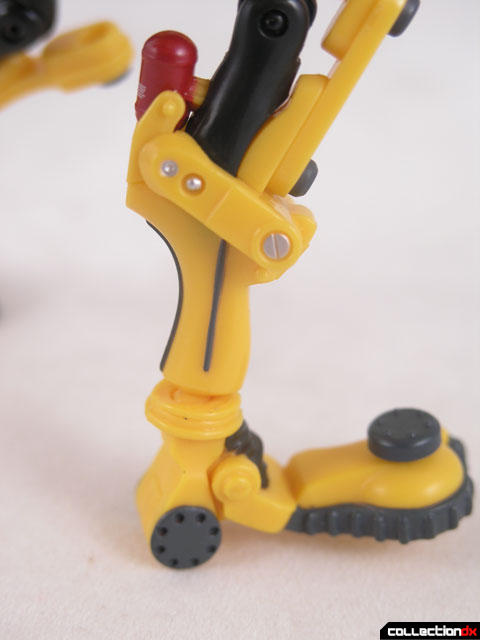 The large arm units attach to the large black "engine" on the back, and they hinge there as well. At the end, there is a ball joint with a peg on it, to which the lower arms attach. The lower arm claws are fully articulated. 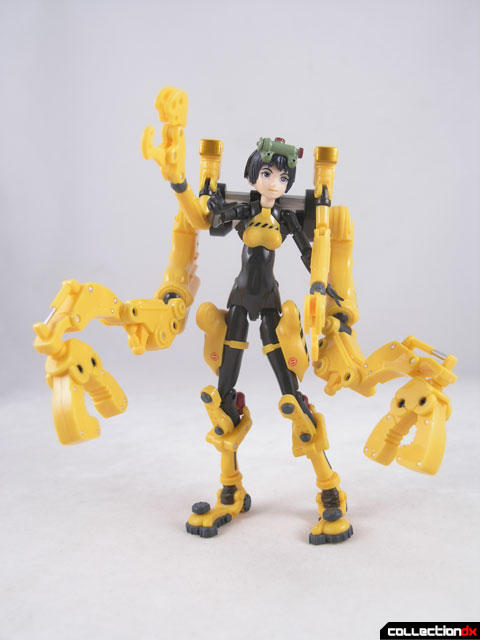 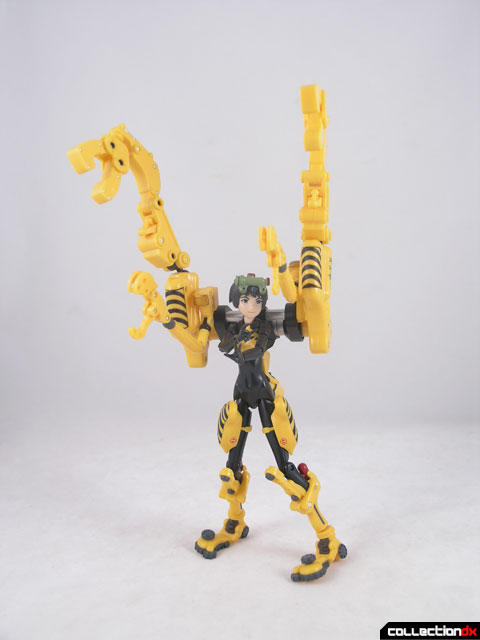 The smaller arms come over the shoulder and those too are fully articulated and have articulated claws. 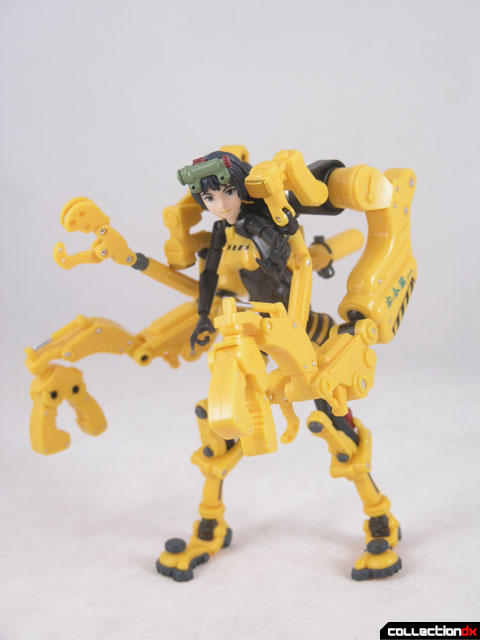 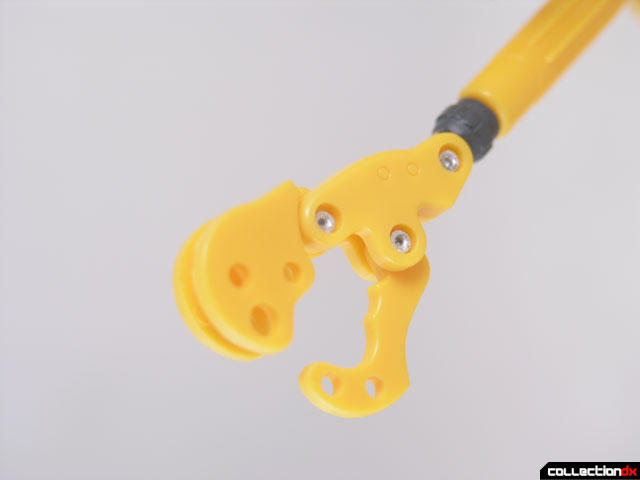 Although a stand is included, this figure does not really need one, as it stands fine on its own. The stand attaches to the back of the figure's harness. 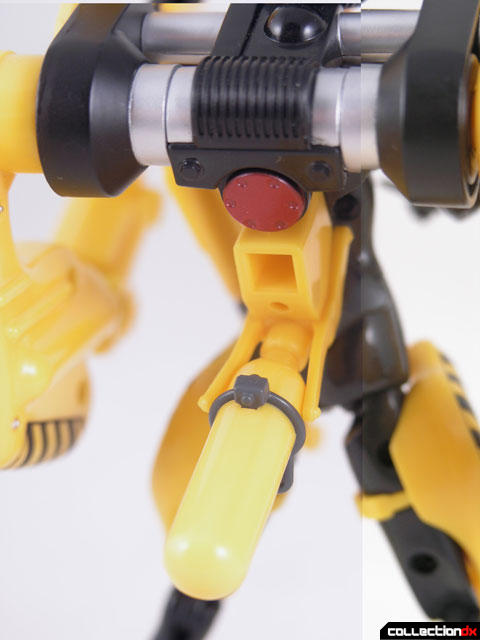 As always, this armor comes with a code that enables you to play online with your figure. If you can read Japanese that is. 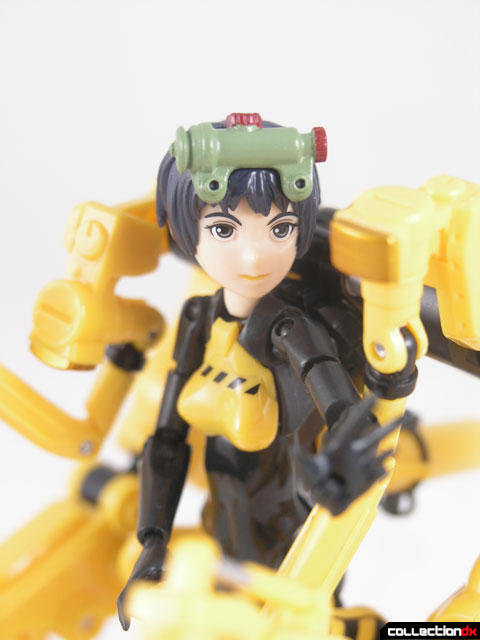 Digging the Busou Shinki line yet?

Do you plan on reviewing Ach and Yda from wave 7? I've been thinking on getting them, but would love to see you or any CDXer review them first...
Aren't they sweet? The red one is Kaneda's bike, and the green one is completely Mospeadish..
I'm hooked!

Didn't they release one of these sets as GaoGaiGar armor? if I'm not mistaken it came with the Dividing Driver and Goldion Hammer