NEO Shifters are creatures with the power to transform from sphere to robot as they battle for survival. Their masks protect the light-up Hydrax energy core, which projects a laser blast. Controlled by the NEOzome figure that lives inside them, NEO Shifters compete for resources needed to produce the Hydrax energy that fuels their powers and abilities. But too much Hydrax changes them from a peaceful Paladin to a destructive Templar. Join the resistance and discover the codes that control NEO Shifters.

Like all previous Neo Shifter’s before, Duneskiff comes unassembled in a fantastic package. MEGA BLOKS really know how to design dynamic packaging. The box has futuristic shiny copper foil outside with great illustrations of the toy. The box also features opposed rounded plastic edged corners. Both of these features make it a real eye catcher on a toy shelf. 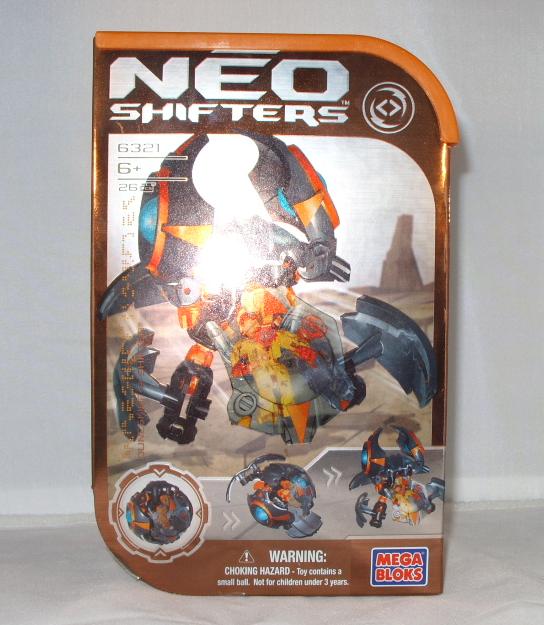 Upon opening the box you will find a set of detailed instructions as well as all 26 pieces neatly sealed plastic baggies.

I want to start by saying that I really enjoyed assembling this vehicle. It was together within ten minutes and ready for play. The vehicle comes with a tiny pilot that can be seated inside the nicely detailed cockpit. The cockpit seat provides a nice platform for the pilot as well as storage for both of the pilots' guns. 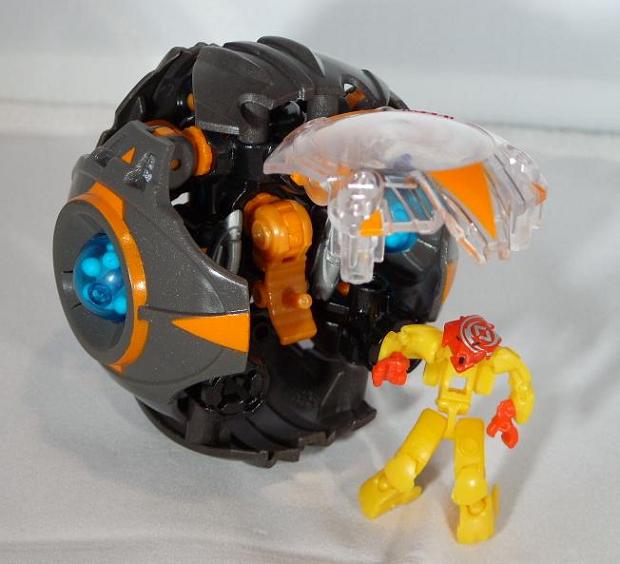 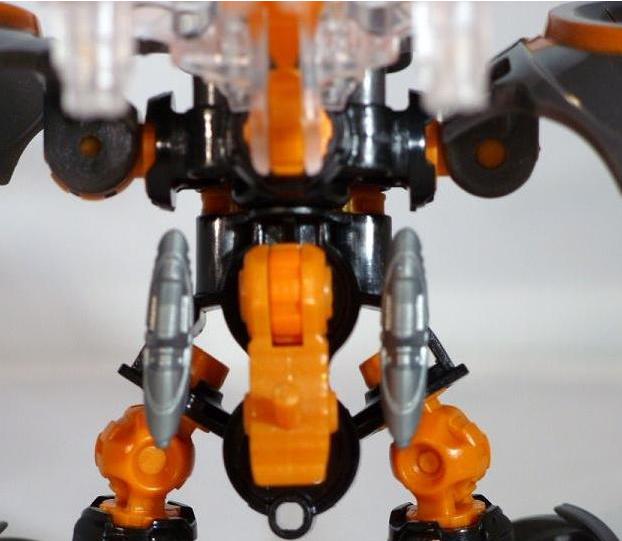 After admiring the Duneskiff for a moment. I started running the toy through its motions, transforming it to the pictures on the direction and the box. After doing this I realized that this toy had a whole lot more play value than depicted in the pictures. Within minutes I had it transformed into a spaceship mode and a cool battle platform mode. All with just a few turns of the wrist! But wait, the fun doesn’t stop there. The vehicle includes a sandstorm ball launcher that mounts on the rear of the vehicle or it can be handheld. I found this a very cool feature but I must warn you, the launcher fires far, making it is easy to lose the sandstorm balls under a piece of furniture. I know some parents may get scared off when they see the word launcher on a toy. Please don’t worry, the Blue Sandstorm balls that launch have no sharp edges. 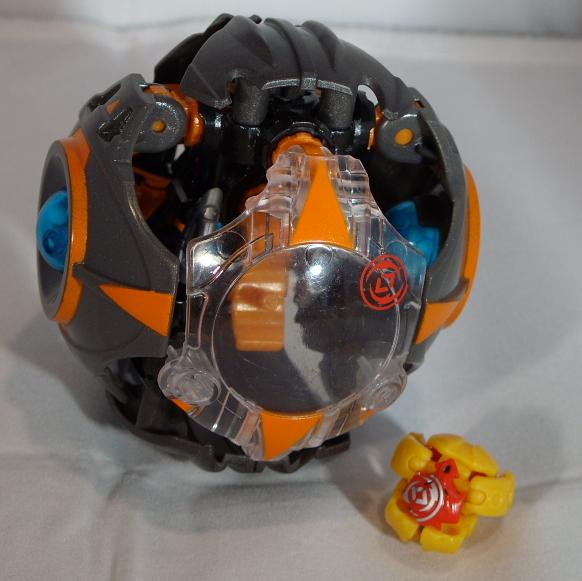 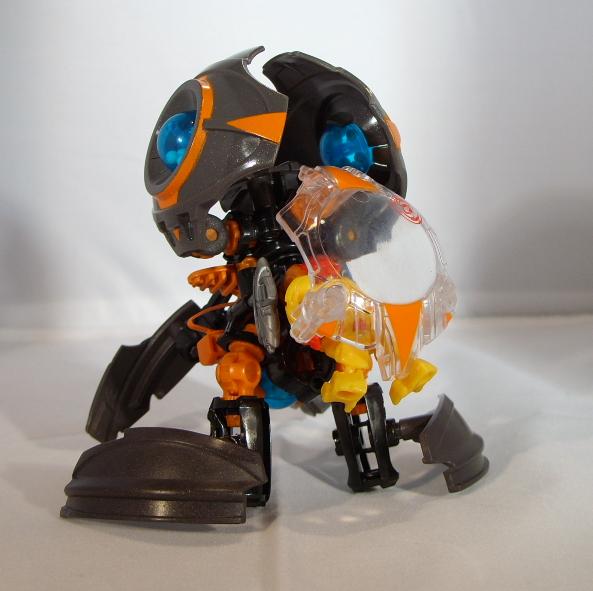 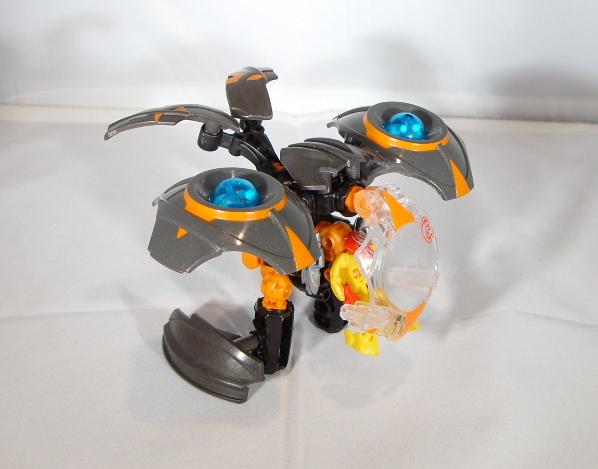 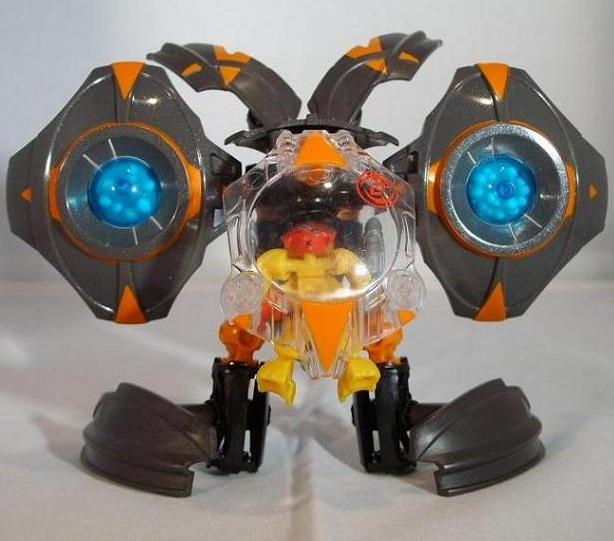 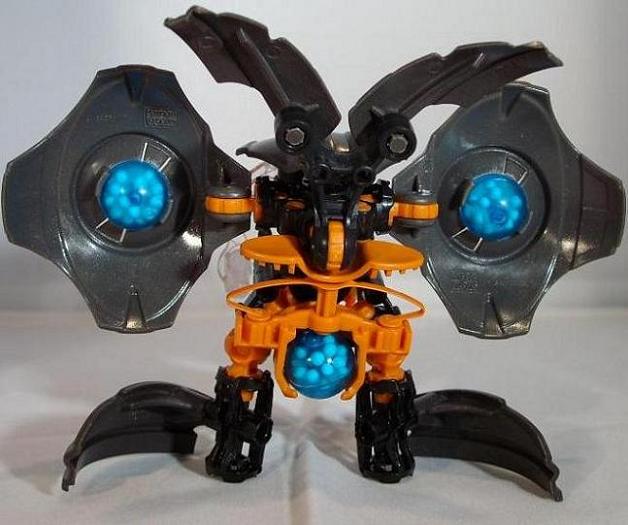 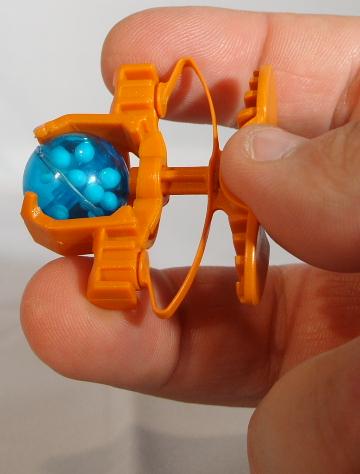 I really liked this toy. I admired the engineering in this toy that enables you to really use your imagination. Heck, isn’t a toy that inspires the use of the imagination one of the most quintessential things in making a truly great toy?

You can read more about Neoshifters, including all about the online game at www.neoshifters.com

6 comments posted
Now- this I could sink my

Now- this I could sink my teeth into! Ohh- I'd definitely call it competition for Bionicle.

Question: how many of these pieces are custom-made just for this set, and how many are pieces found throughout the Mega-BLOKS brand?

My biggest problem with Bionicle is that it shifted away from the mythology and magic first set down in the first two years (2001-02). The mechanical Matoran tribes lived in a tropical paradise and were haunted by other mechanical animals which were being subverted by a very Lucifer-like creature called the Makuta. And only the Toa- each possessing a knowledge and power of one of nature's elements- could protect the villagers. Very simple, easy to understand story and characters. You also had a simple collecting gimmick which has quickly fallen by the wayside and become a parody of itself.
But now you have to keep track of this long mythos that involves lost civilizations, erased memories, and cloned monsters that come in sets of six that are essentially repaints.

Hi Atom,
Thank you for the complement and the warm reception. I look forward to meeting you.

Hi EVA,
I gotta be honest I really dont know much about the Bionicle line or Neo Shifters. I got the Duneskiff from Josh to review and get my feet wet. I tried to actually play with it and give my honest opinion. I think I did a good job relaying my experience to our readers. I must admit, I enjoyed tinkering with the Duneskiff. After I was done I found myself wanting to know more about this line of toys as well as the Bionicle line. This being said, I'm really no sure of how many pieces are actually custom for this set. As for covering the Bionicle for CDX, I say why not? It seems to be pretty popular toy line. I'm curious about Bionicle and would definately give anything you submitted a read.
-Dan

"...would definitely give anything you submitted a read."

I personally love this line--it gives Bionicle a run for its money in a literal fashion, as the Shifters cost the same as the canister sets but are a bit larger and have numerous features.

If you're curious, the four vehicles available have matching color schemes with the second wave of Neo Shifters (the ones that fire rotors instead of missiles). This definitely encourages expandability. I'm not quite sure if the combinations will be that great, but it's worth a shot.