Today I am reviewing Plain Cloth Shiryu from the Saint Cloth Myth line. 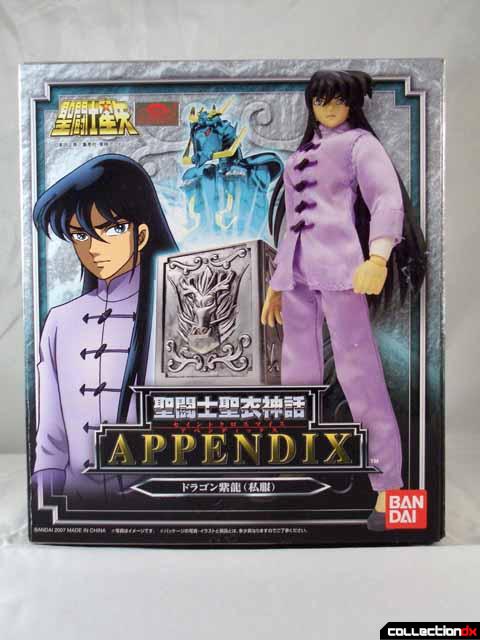 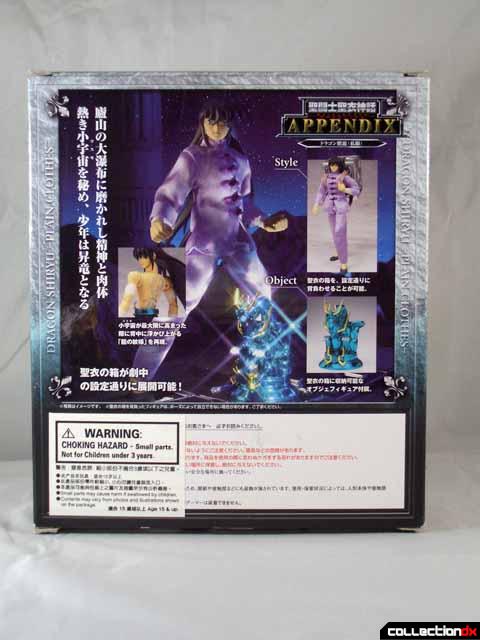 Plain Cloth Shiryu is much like the Plain Cloth Seiya featuring the character in his regular (civillian) clothes they wear in the series as well as the Metal box that stores their Cloth when it is not being used. 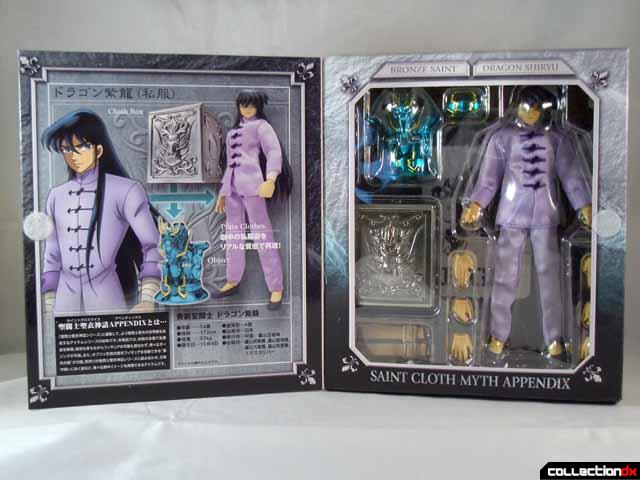 The package is like all the other Saint Cloth Myth releases, a book style box with opening cover with window so you can see the neatly arranged parts and accessories. 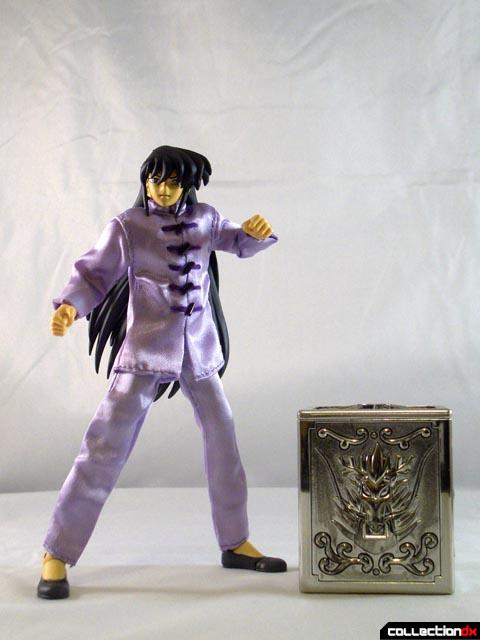 The figure is a 3rd Generation body style and has over 40 points of articulation, these figures are very poseable but depending on the armor design of that character, range of motion will vary. 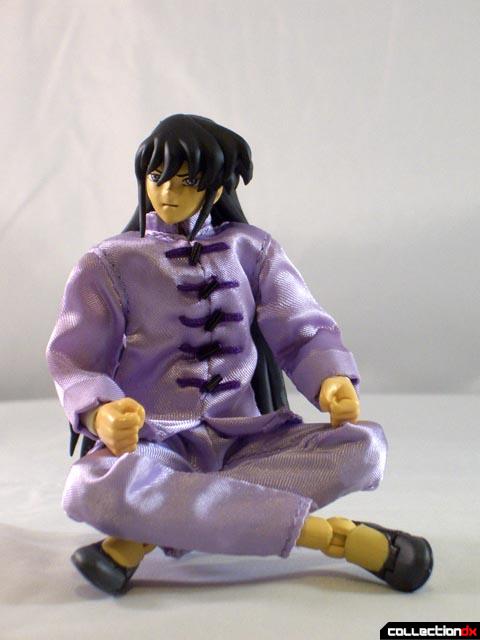 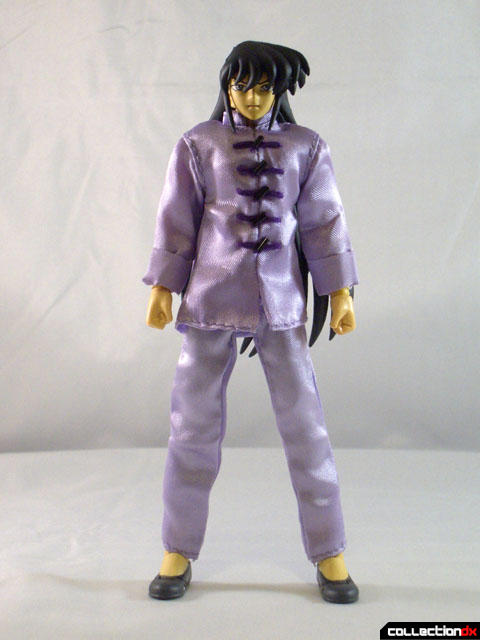 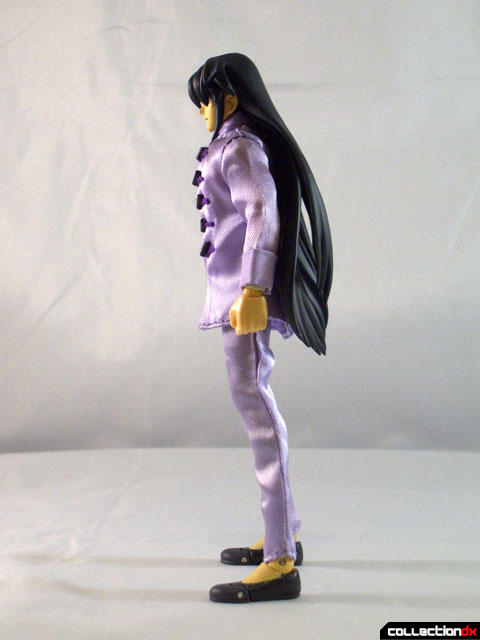 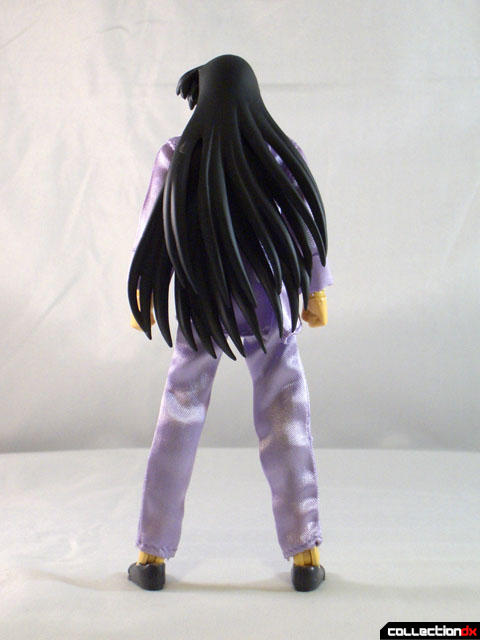 The figure is all plastic but the outfit is cloth, with a nice satin sheen to it. The jacket and pants are removable… 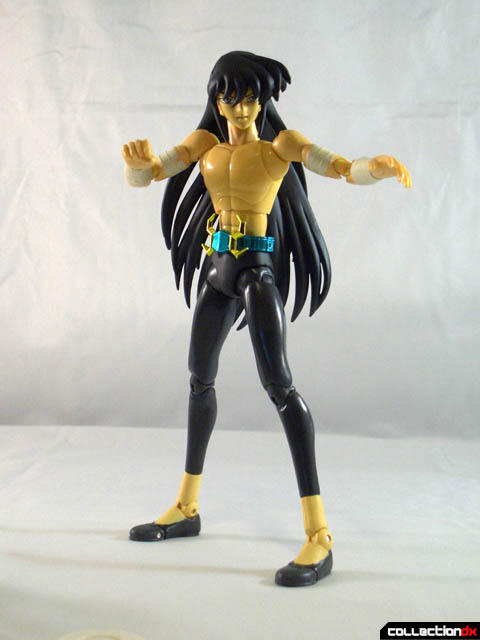 Below is a clip from the show, showcasing the character in general(sorry couldn't find Japanese with English subs, this clip will have to do)... 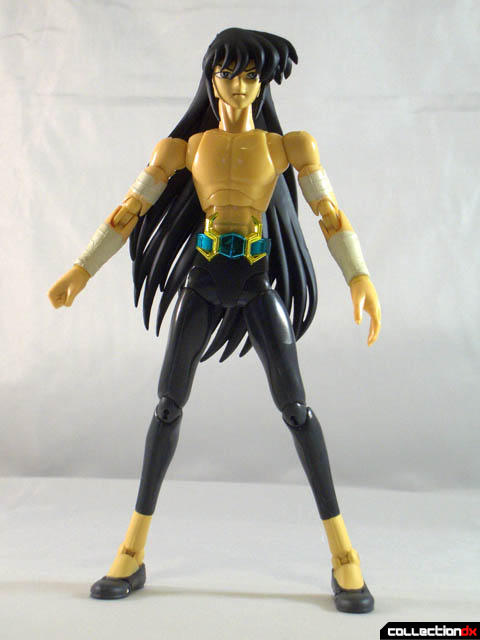 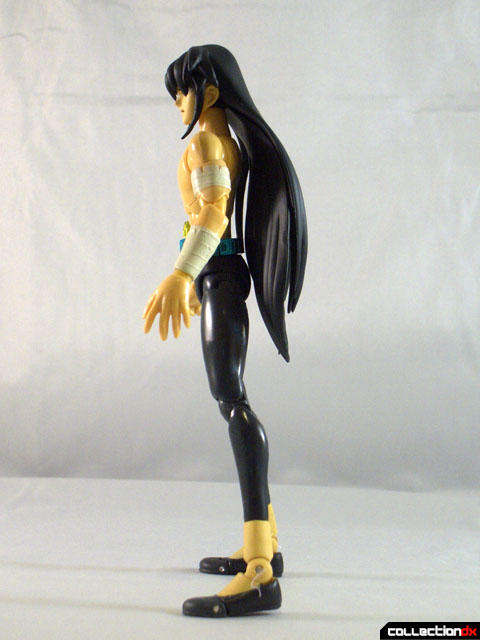 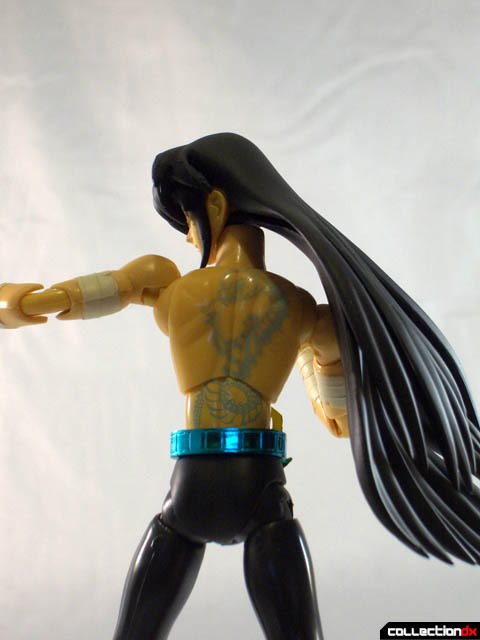 From wikipedia:
“Shiryu sports a large tattoo-like image of a green and white dragon on his back (however it is said in the manga and the anime that it is not a tattoo but is connected to his guardian dragon star and only appears as his cosmo is rising). Whenever his life is in danger, the tattoo-like image begins to fade away -- once it completely vanishes, it is a sign that Shiryu's cosmos is nearing zero -- as in death.” 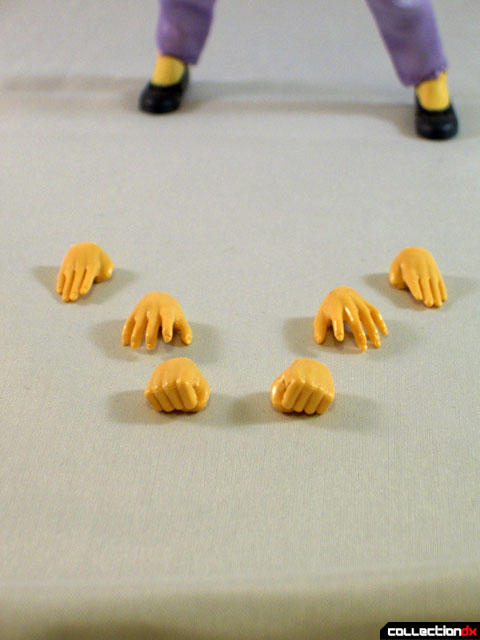 Included in the box along with the figure are: 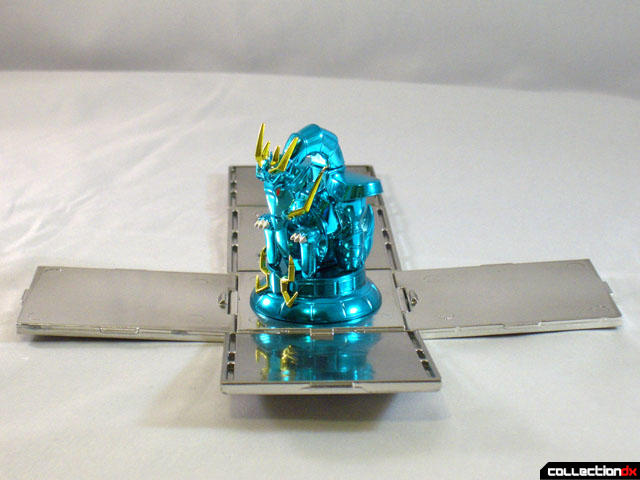 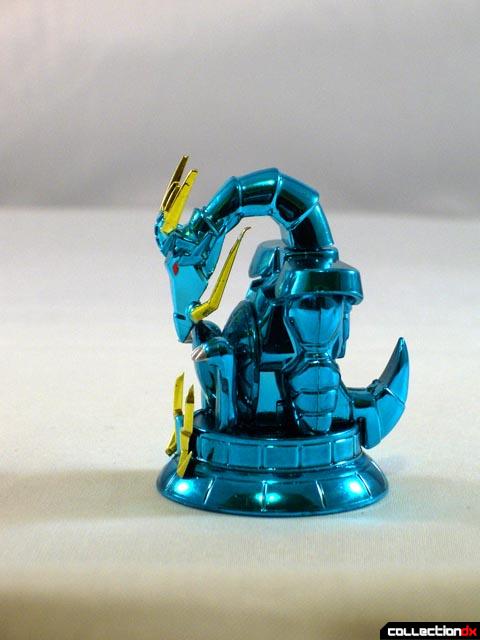 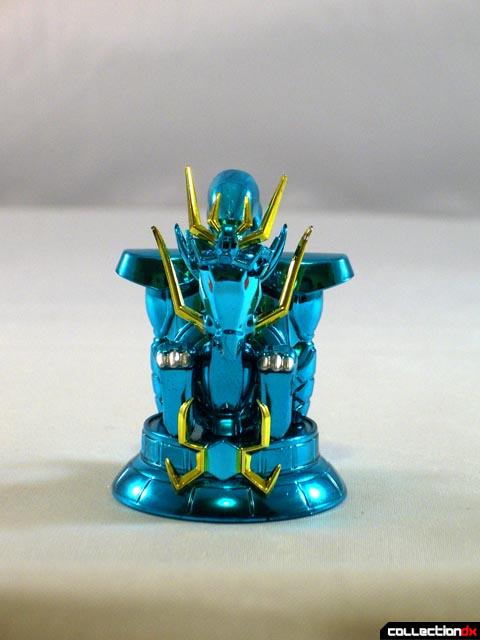 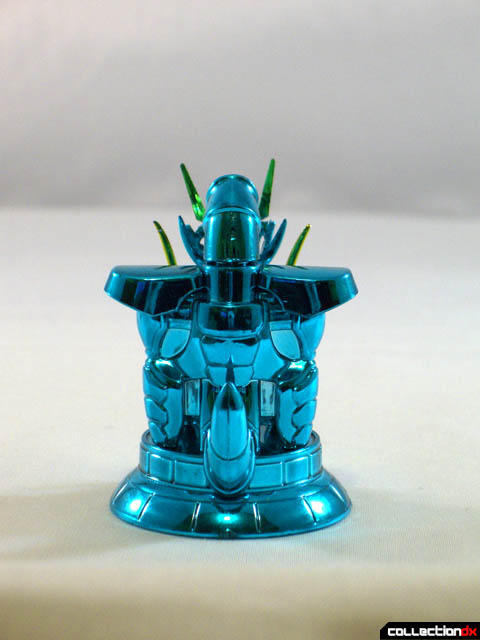 Inside the box is a statue (referred to on the package as an object but I call it a statue) that looks like the Cloth statue from the cartoon. The actual statue you can make out of their armor (while very impressive looking) is not actually to the anime scale. So Bandai gives you one that does look like it from the anime, a nice touch as always. 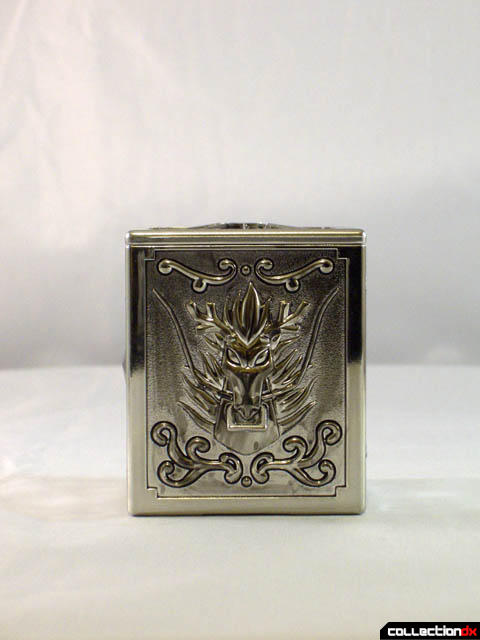 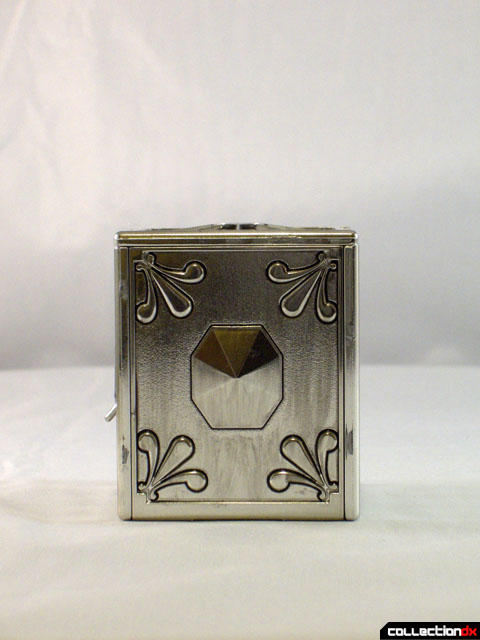 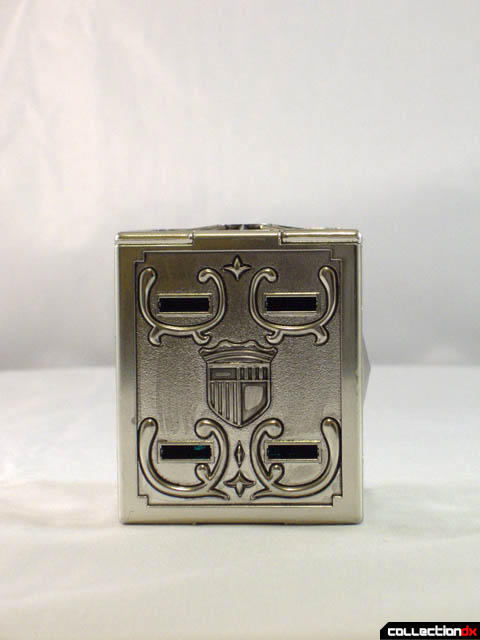 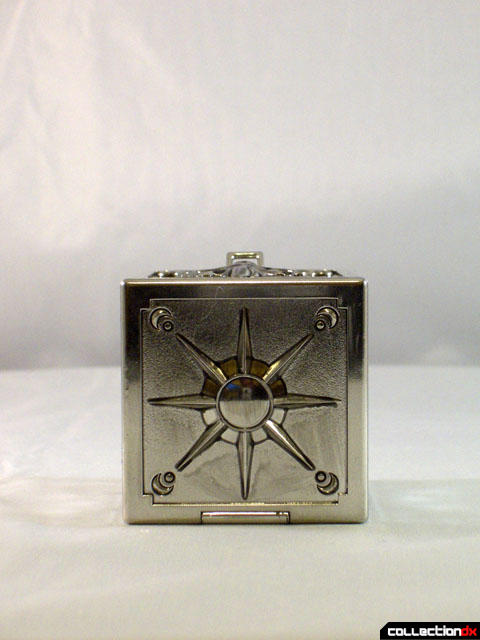 The Cloth box is all plastic, even though it looks like it is metal. While a part of me wishes this was made of diecast, I know there would be no way to pose the figure with the box on if it was. 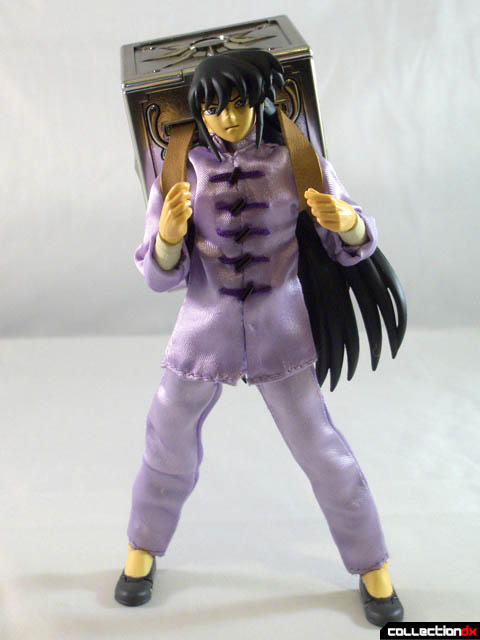 I really like the character of Dragon Shiryu in the show and I really like this Plain Cloth version of him. As usual with this line, Bandai has gone all out to include all the little details that fans of the series really appreciate. While he may not have much in the way of appeal to non-viewers I can wholeheartedly recommend him to any fan of the show.