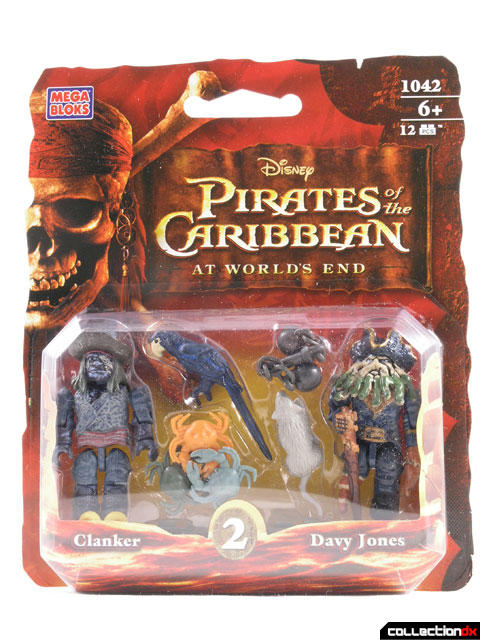 This is a really surreal set, when you think about it.

First you have Davy Jones, an undead Pirate with a peg leg, crab hand and a squids face. 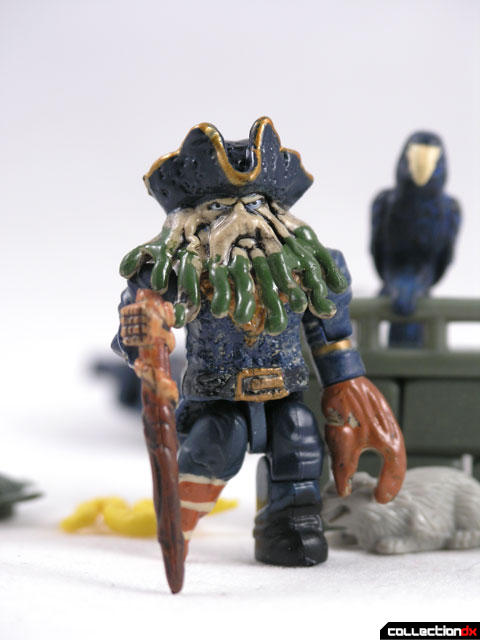 Then you have Clanker, another pirate-zombie guy who lugs around a set of clanking metal balls. 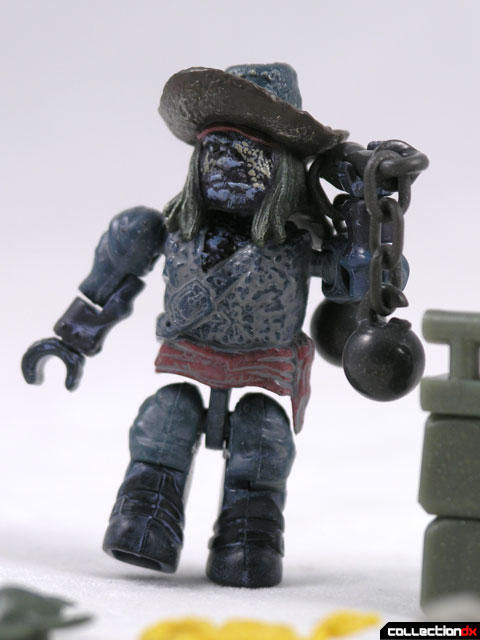 Packaged with the set is a ZOO of creatures, including 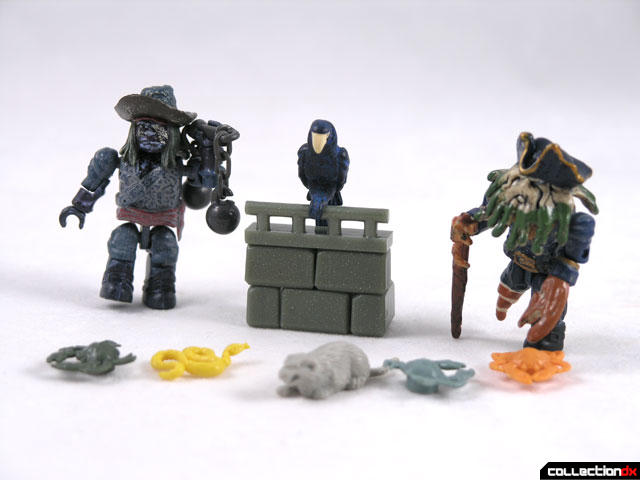 Davy Jones and Clanker are cheap fun if you want some weird crap on your desk.