Danboard (ダンボー) is a cardboard box robot. It's as low-tech as one can possibly get I think. In fact, its not actually a robot at all.... 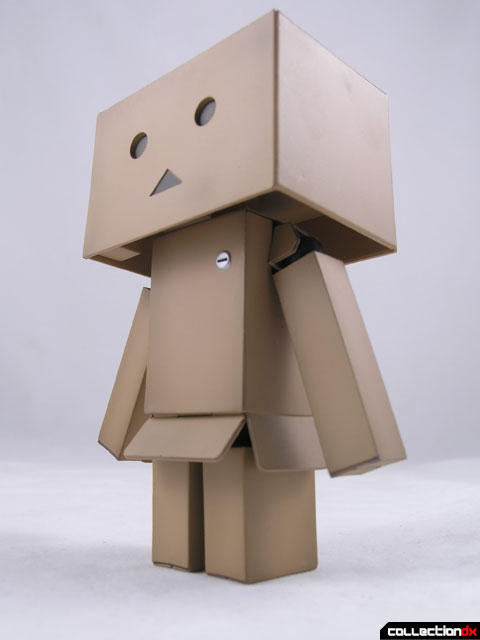 Available from HobbyLink Japan, Danboard comes from the manga Yotsuba&! In the manga, Danboard is a costume worn by Miura Hayasaka, a friend of Yotsuba's most frequent playmate, Ena Ayase. Ena does not have the heart to tell Yotsuba that Danboard is not a real robot, so Yotsuba thinks Danboard is real. Danboard first appears in chapter 28: "Yotsuba & Danbo (よつばとダンボー)" 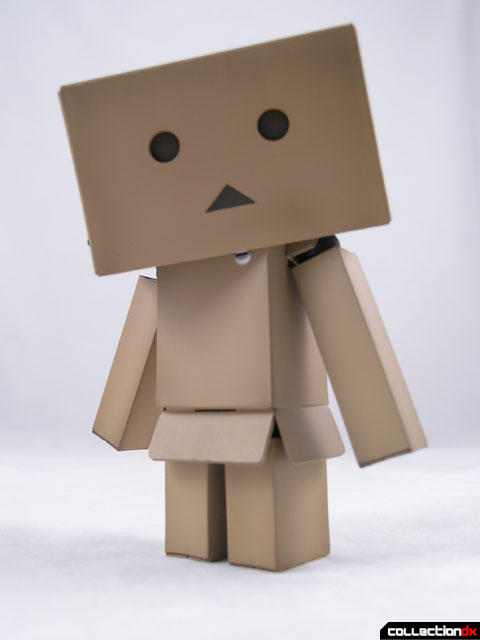 Danboard looks great, and despite its blocky appearance, is actually poseable. It utilizes Revoltech joints at the head, arms, waist and hips. 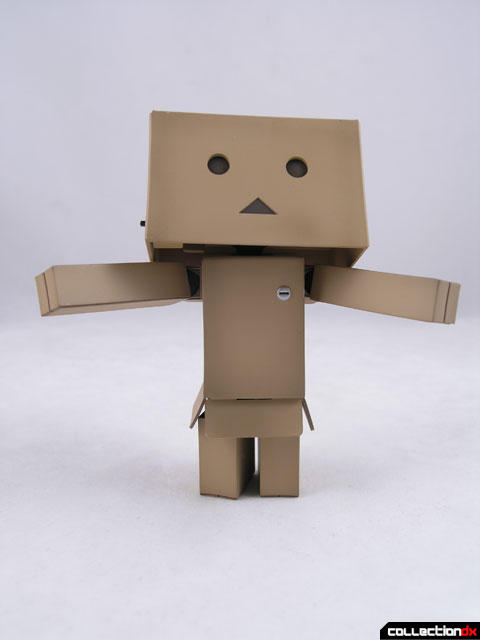 You can swap out Danboard's head with that of Miura Hayasaka, revealing the character inside of the box. 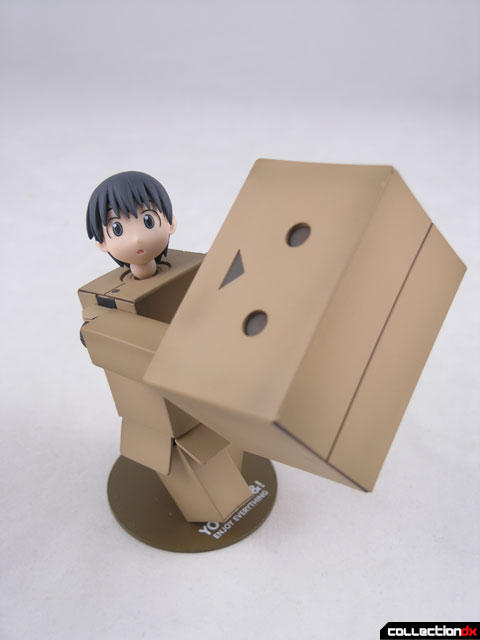 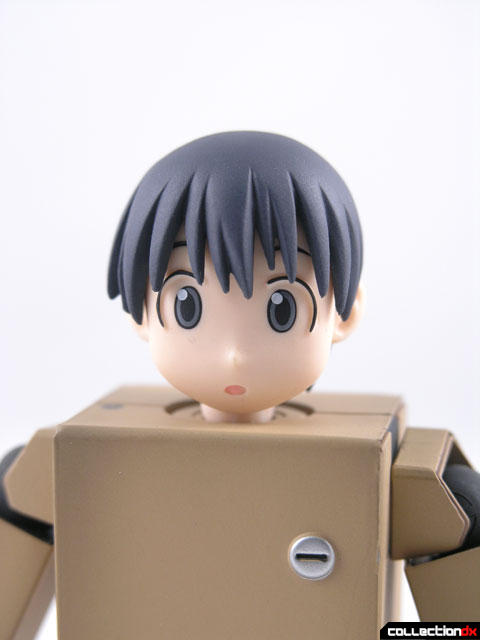 In a Revoltech first, Danboard has a light-up feature! Flick the switch on the head and the eyes light up! Danboard is cute and creepy at the same time. 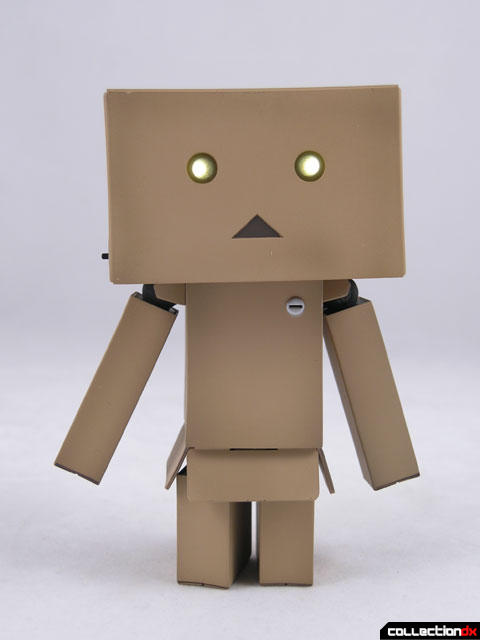 Danboard includes a stand, but honestly it stands just fine on its own. The stand has the series motto "ENJOY EVERYTHING" printed on it. 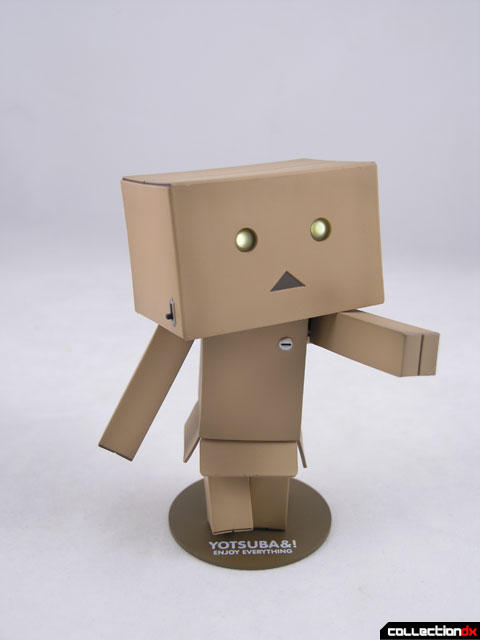 It's ironic that I should get this toy now. I just moved into this house and am SURROUNDED by cardboard boxes. I've been cutting them up and recycling them, but I think this is one set of boxes I will keep.

Danboard is also available in an Amazon.jp box version. You can get yours at HobbyLink Japan. 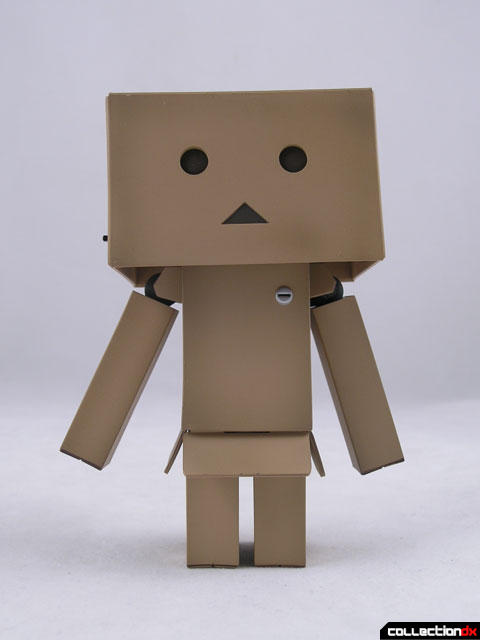 Truly the mightest of machines.

Because we all know Cardboard robots are Superior!!!!!!!

One could see a possible minecraft figure in the making.