Bump is kind of an oddity, an odd experiment that maybe was a bit ahead of its time. 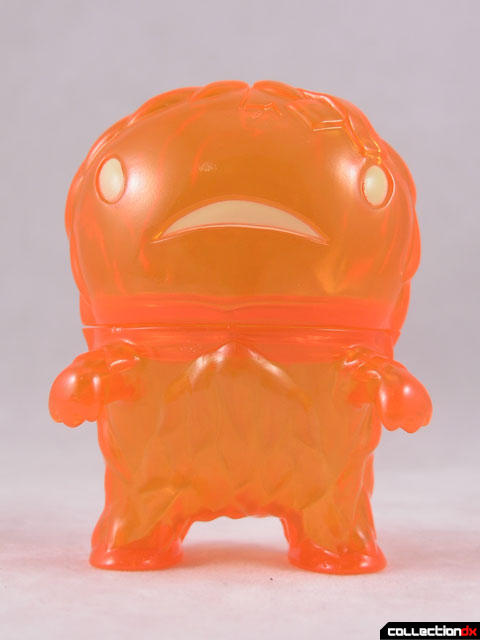 Most Japanese vinyl, lets face it, can be expensive. New standard pieces are close to a hundred bucks, with mini vinyls hovering around $40. Three years ago the prices were a bit less insane, but still out of reach of the casual collector.

Ghost Land figures were meant to be trading figures, like your average blind-boxed cheapo toy. But these weren't some mass produced in China figure, these were authentic, Japanese vinyl minis, for about $15 bucks each.

There were so many great things about this line, it's hard to believe.

First - the packaging. Each Ghost Land mini comes in a tin, with a removable lid. The tin is screen printed on all sides, even the inside and bottom, and no surface area does not have some sort of great design on it. The tin idea came about from a project Brian did with Fossil, the watch company. Because of his connection, he was able to figure out how to use the same tins the watches came in. 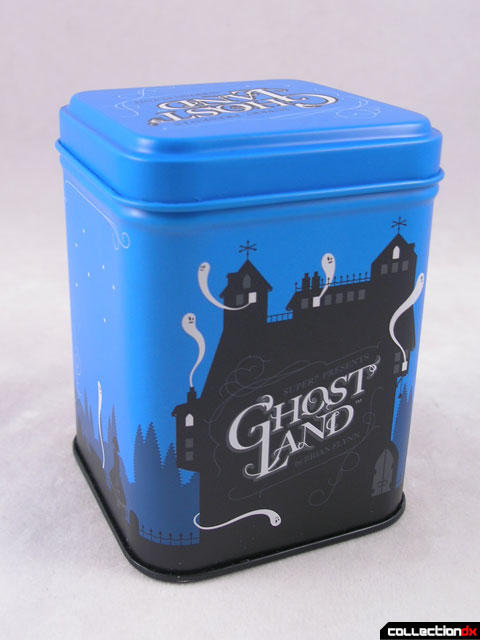 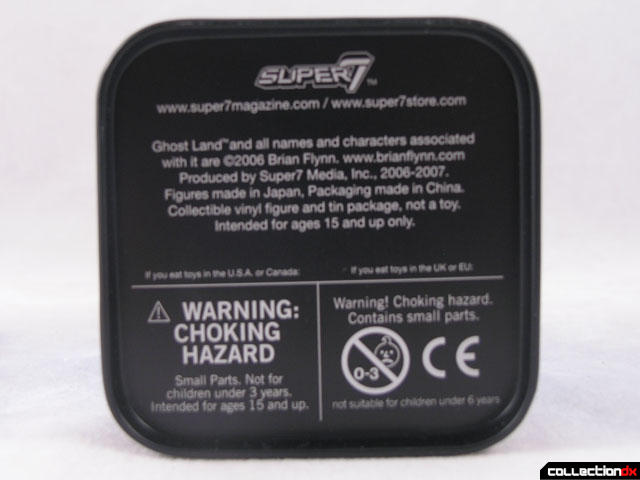 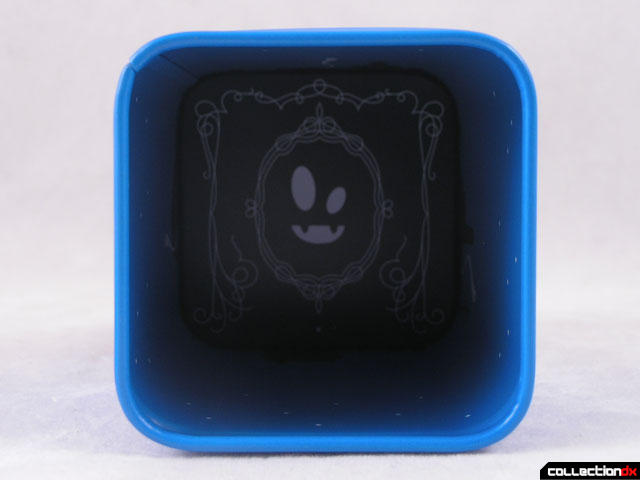 Inside each tin was a small vinyl figure. The figure came wrapped in a clear plastic bag. 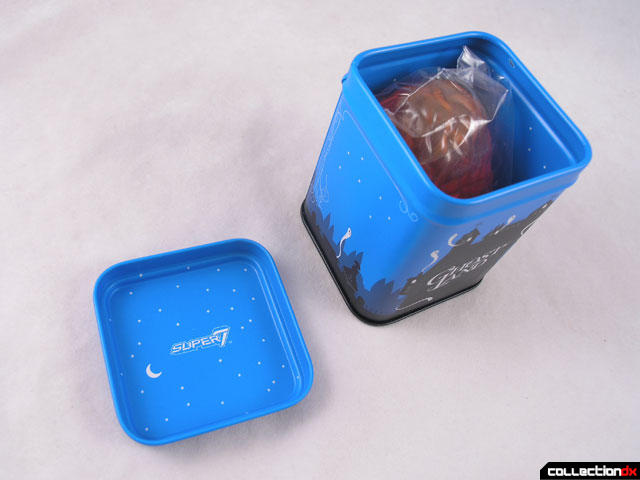 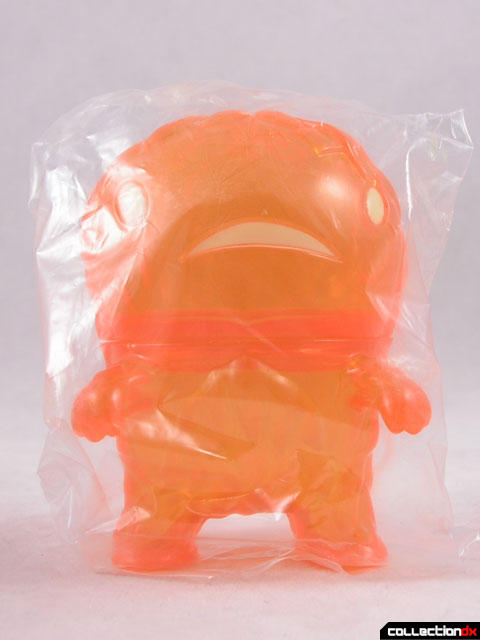 Five figures were released, each available in an assortment of colors.

There are few things cooler than Translucent Japanese Vinyl. The vinyl is just so clear and firm, in a way that Chinese vinyl has yet to replicate. Each piece is molded in color and made out of two parts with minimal paint applications. 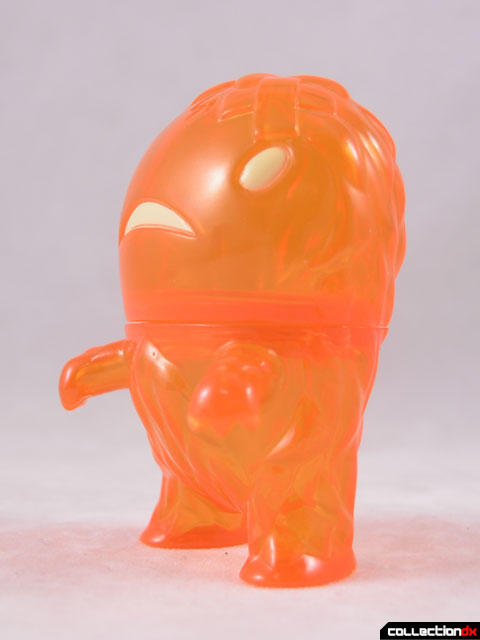 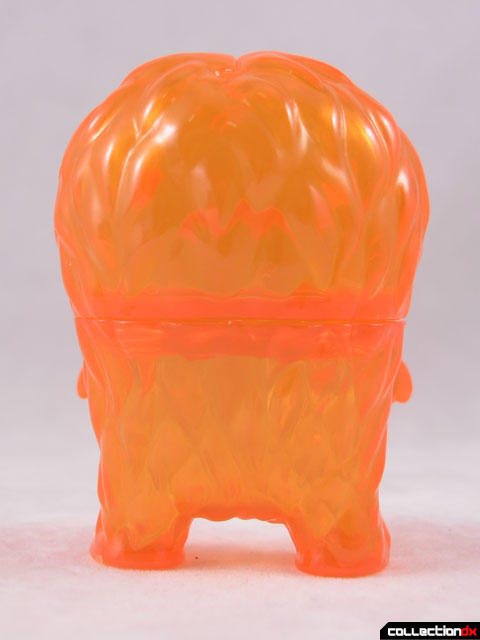 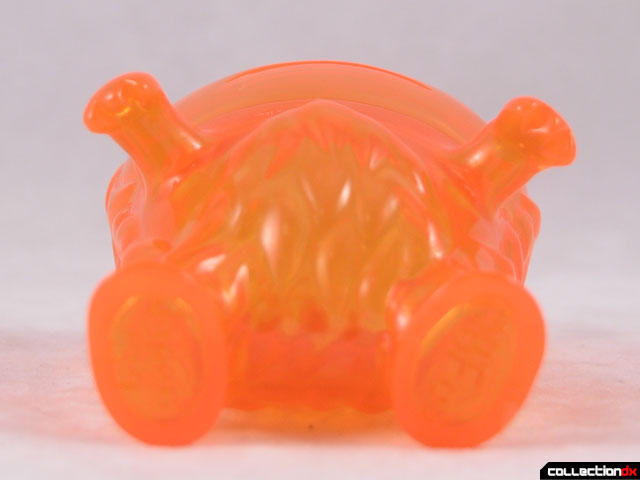 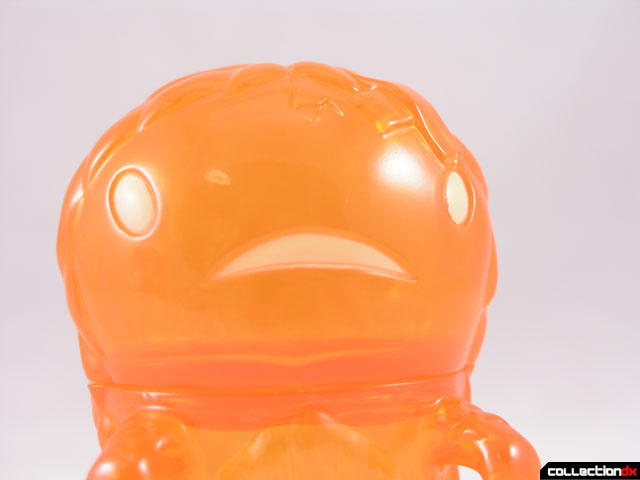 Unfortunately, when these things hit mass market, few outside of the existing fan base bought them. People not familiar with the Japanese Vinyl scene balked at the high price, when they could get another blind box toy for half the price. Sure, WE appreciated the cheap Japanese vinyl, but the mass market did not. And so, there never was a series two.

Brian and Super7 have continued to make Ghost Land related figures, such as Dokuwashi, but none as trading figures.

8 comments posted
Cool packaging, but the

Cool packaging, but the monster design doesn't do much for me.

I've been tempted a many time to get these guys..

You should pick one up... like Josh said above, the price is right, and packaging is sweet, and the toy is a refined piece vinyl. Unless you really don't like one of the sculpts, I'd recommend grabbing one sealed, as the blind-box experience just adds to the fun, and really, all the sculpts are cute, quirky, and fun.

I really don't understand things like this at all. Let's say I like vinyl kaiju figures (which is true) and I'm going to spend 15-20 bucks this week on a new vinyl kaiju figure(Josh specifically mentioned price as a positive).
Now,should I buy a new Ultraman villian from Bandai,with a cool design and sculpt,and multiple paint apps,or should I buy this minimally sculpted blobby dude who has I believe one paint app and for all the world looks like a scaled-up version of something from a gumball machine?

Sure,the Super 7 is more "limited" and I guess has more "street cred" than the mass produced Bandai,but since I've never met anyone IRL who would care how "indy" my rubber monsters are,I don't really care.

Kidnicky man, I lave ya, but you always blow this out of proportion the exact same way. I understand your ire towards certain collecting circles, I really do, but you're really comparing apples to oranges here. The Bandai Ultra-kaiju vinyls have their merits, sure, but they're really not comparable to something like this, almost at all. You have to look at how and where the toy is made, and the 'whole package'. With a Bandai vinyl, you are getting a nicely (machine) painted figure with a couple points of articulation, made from terrible cheap Chinese vinyl and pumped out by the quojillions (so they can be mad cheap). That's not to say there's anything wrong with the Bandai vinyls, but they're just a different product. The Ghostland vinyl here is a small original character vinyl with one point or articulation and a gorgeous blind-box tin. The Ghostland figure is on high-quality Japanese vinyl (it's much more rigid, and you would never get that clear out of China), painted by hand and almost certainly molded by hand as well. The toy might seem boring, but it has endless precedence in vintage Japanese vinyl minis. You're not paying for 'street cred', you're paying for workmanship. Modern Japanese vinyl is all about workmanship, with the toys basically all being hand-cast and hand panted... there's alot of love in Japanese vinyl that isn't present in the utilitarian Ultra-kaiju vinyl Bandai cranks out. There's really nothing wrong with liking one over the other: if all you want is another action figure of a kaiju and aren't looking for anything more than function, then sure, the Bandai figures are your best bet. There's still nothing wrong with that. Every time another kind of vinyl comes up, however, you start blasting it based on some misguided misconceptions. You've just gotta look at the toy as presented, and see what you are getting for that same amount of money. A Ghostland figure isn't going to get me any 'props' or 'cred', it's just a nicely made figure that is fun to handle and looks cute on your shelf, made by someone who really loves vinyl as a toy form and embraces all its strengths.

He looks so sad that they didn't make more!

My main love is SOC.. Designer vinyl is a second love that has only just flourished. I only have a small handful of blind box critters I picked up when I visited various Kidrobot stores when I was in the States. However clear japanese vinyl is awesome as I have learnt when I got the Clear Grey GID fill Mongolion. The sculpt & quality of that guy is amazing.