Nachi was one of the 100 orphans adopted by the Graude Foundation, which planned to use the children to attain the mythological Cloths. Of those 100 only ten attained bronze cloths and a chance to fight for the Golden Armor of Sagittarius in the Galaxian Wars. Wolf Nachi’s match against Phoenix Ikki was delayed, as Ikki arrived late to the tournament, and with his own agenda. Nachi foolishly demanded his match with Ikki, arguably the strongest of the Bronze Saints, and was defeated quickly. After this Wolf Nachi only appeared briefly in show a couple of times. 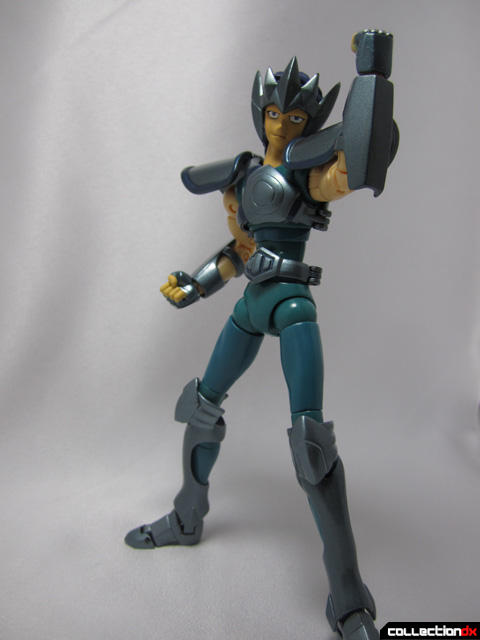 As one of the bronze saints with little face time on the show Saint Seiya, Wolf Nachi has become one of the harder to find figures in the Saint Cloth Myth line. With prices reaching well over $100, is he worth adding to your collection? 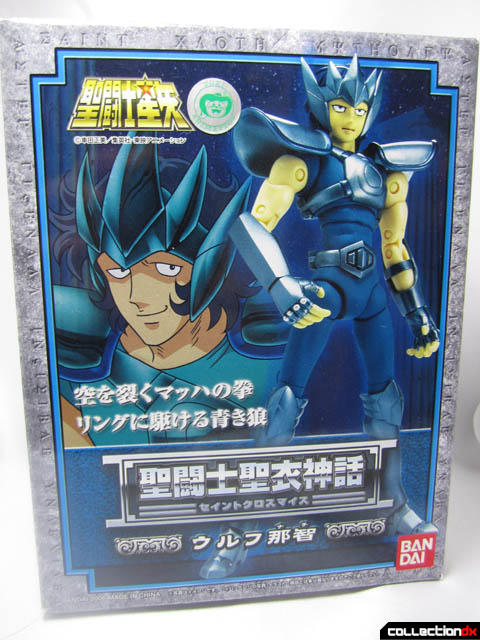 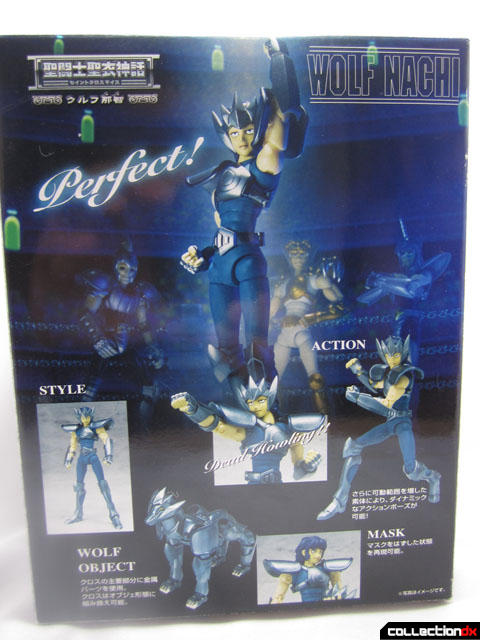 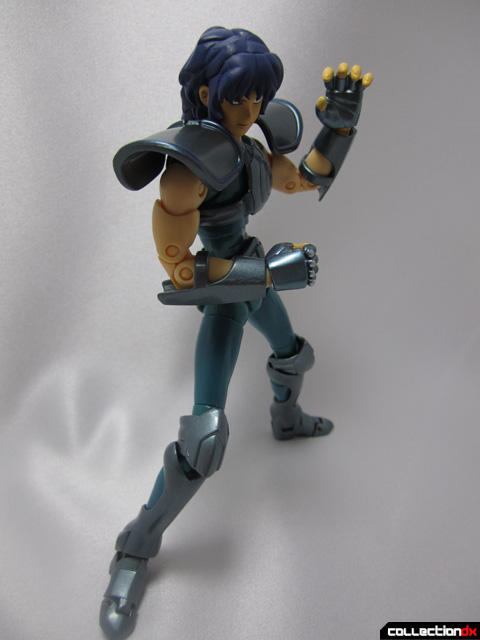 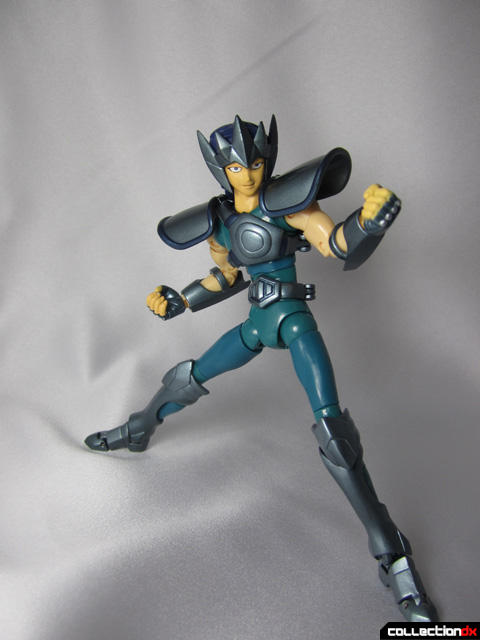 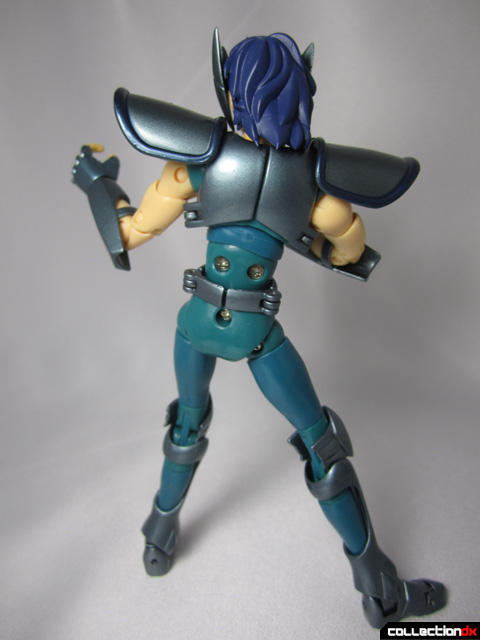 Wolf Nachi has a very simple design, as is the case with the other five minor bronze saints. The armor also lacks the shiny finish that Bandai gave to the five main bronze saints. I assume this is to make the main characters stand out from their lesser comrades. Aesthetically, though, this means that the armor also looks more plastic-ey than it really is, since the diecast content lacks a metallic finish. All in all though, it is a very decent figure, sporting a generation two body with some good posability that is not hindered by the bulky, elaborate armor of other figures in the Saint Cloth Myth line. 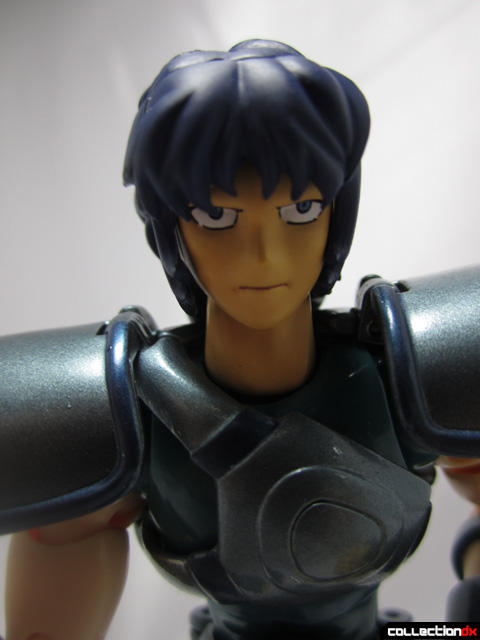 The head sculpt is pretty good, since it was done after the atrocious v2 and early gold saints. I can't help but feel that Bandai did not capture the essence of his face though. In the show it's a bit more goofy and square, not as rounded as the sculpt used for the figure . 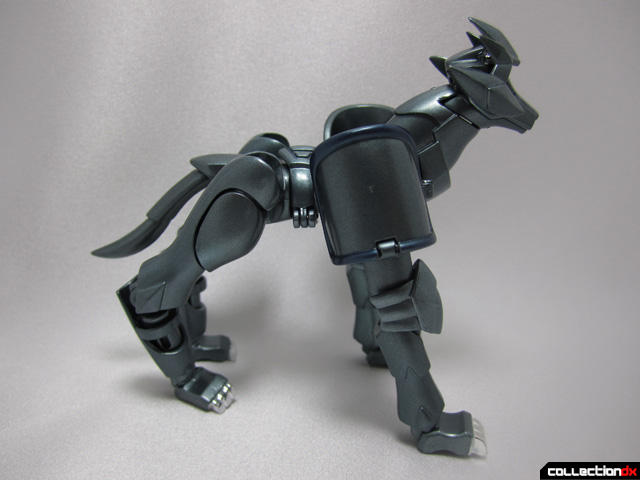 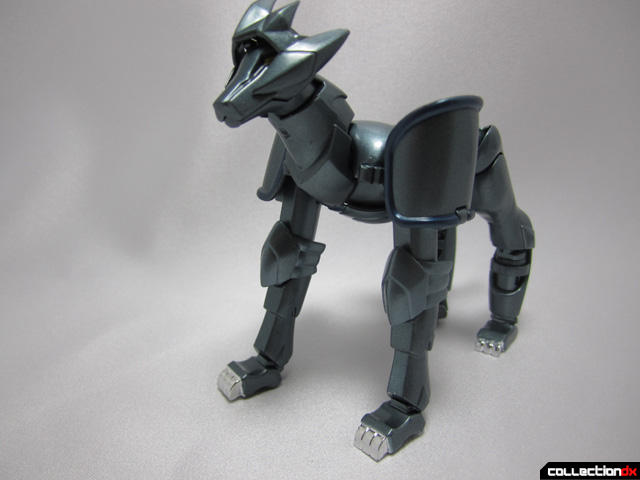 The object looks very boring. I suppose that is to be expected, since it is constructed from the plain, single-colored armor that Nachi dons. 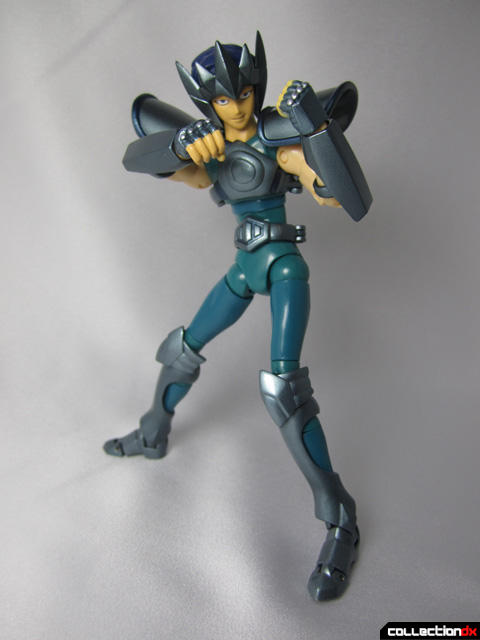 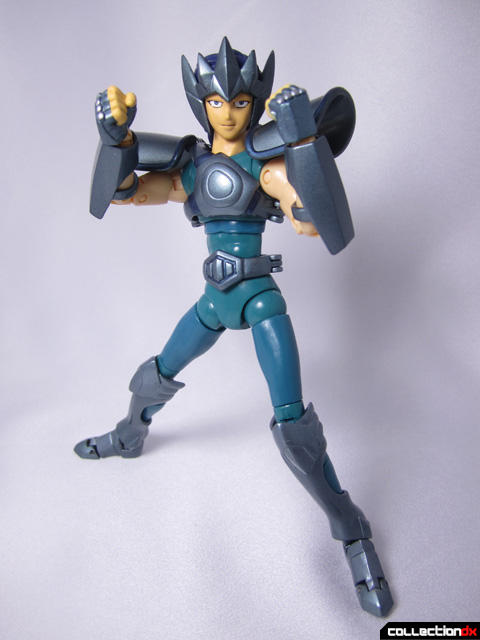 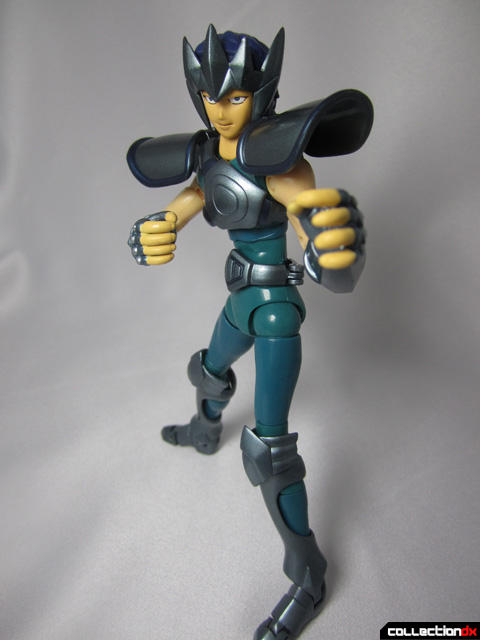 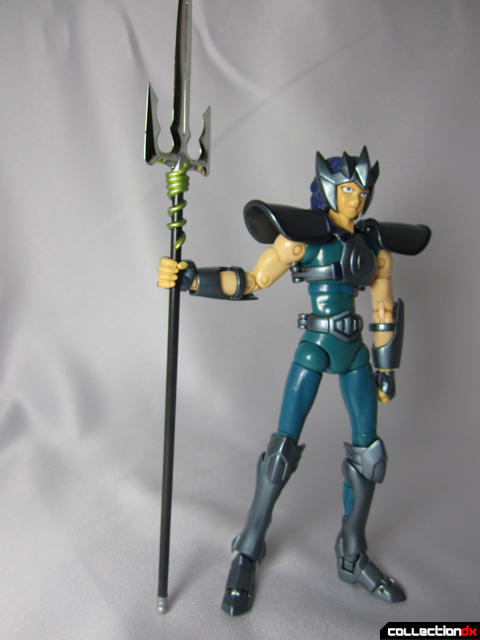 There aren't really any extras packaged with this figure. You get three pairs of hands: one closed, one for holding things (not that he comes with anything to hold), and one mostly open. I had him hold Pandora's Trident to see how well he holds it and he does an okay job at it. The grip of his right hand is not firm, so it can't hold the weapon vertically off the ground. 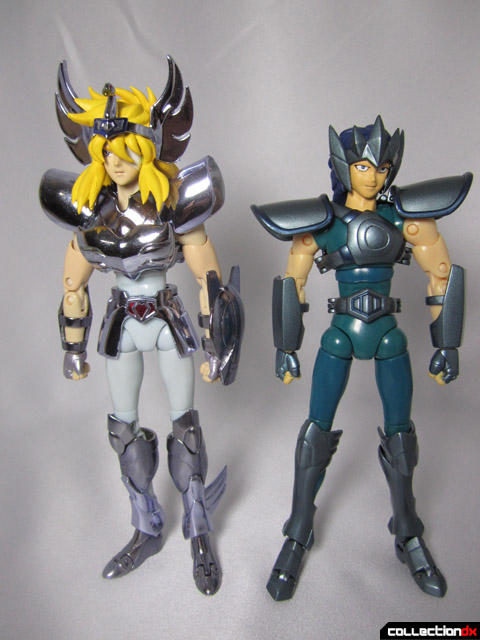 This is an okay release in the Saint Cloth Myth line. I still wonder to this day how it got so expensive. This is definitely only for those completists out there, who need to have every character from the show. You know who you are. If you ordered the Ophiuchus Shaina with the Cassius figure, then you either already have this, or you should