Following on the heels of the success of their original character Captain Maxx, Max Toy Company releases their first original toy based on an existing Japanese character, Kikaida. The toy comes bagged with a colorful header card with a cardboard insert, both painted by Max Toy Co. founder, Mark Nagata. 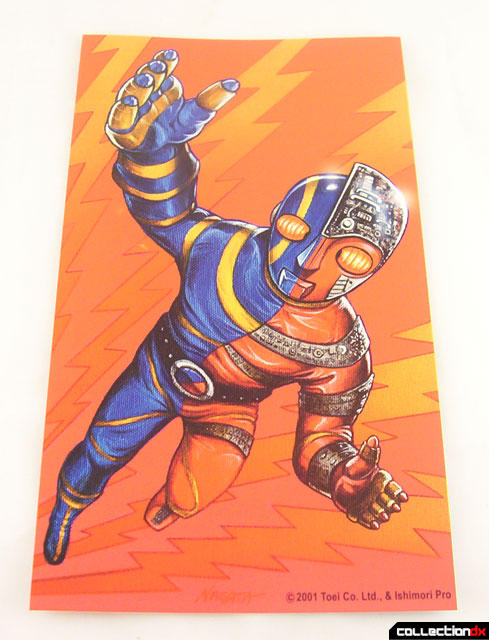 Two versions of the toy are currently being sold. The first features Kikaida's traditional colors, those shown on the insert above. This review covers the second version, the "Mechanical" version. This one is cast in clear vinyl and features paper inserts on the inside, depicting the mechanical inner workings of the character. The artwork was again done by Mark Nagata and was inspired by his love of Jack Kirby's mechanical drawings. 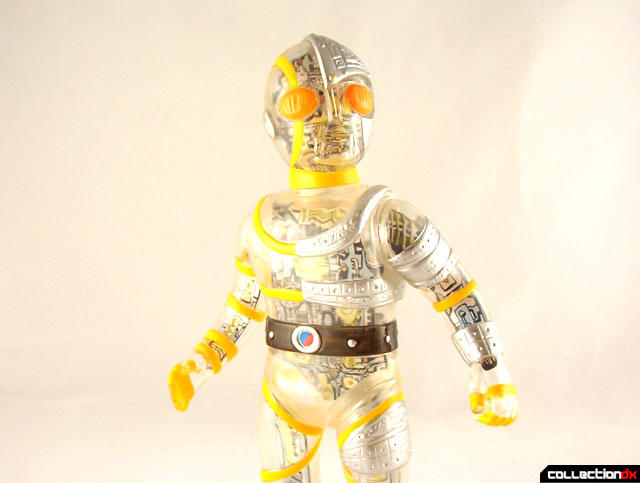 There have been plenty of clear vinyl toys on the market lately, but I think this one truly stands out simply because the vinyl isn't colored at all. It really looks as though the toy is made of glass. You can get a real good look at the paper inserts as a result. When I received the toy, one of the inserts in the leg had come loose and was twisted to the side. I simply popped off the leg, re-adjusted it and popped the leg back on. Heating the vinyl was not necessary at all. The leg went off and on very easily, but still holds firm in it's socket, with no floppiness or anything like that. 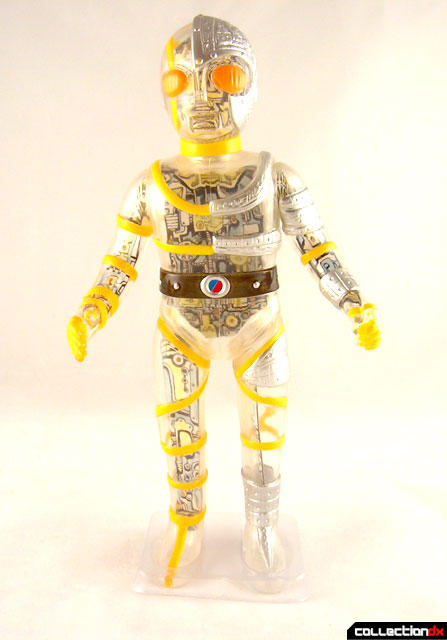 Kikaida stands approximately 9 inches tall and has five points of articulation. The joints are at the hips, shoulders and neck. A clear plastic stand is included, even though it really doesn't seem to be needed. The toy stands solidly without it.

There's alot to like about this toy, including the price. Many collector vinyls from Japan can cost as much as $80 or more, but this is available in the United States for just $40 from maxtoyco.com