Late 2006 saw the appearance of a new Jumbo Machinder sized vinyl rendition of Ufo Robo Grendizer from the High Dream Corporation. The toy was a surprise and intriguing to me as a Jumbo collector. But since it wasn't really a TRUE Machinder, and it needed to be shipped from Europe, I hesitated to buy it. But finally, I broke down and decided I should get it if for no other reason than to review it. 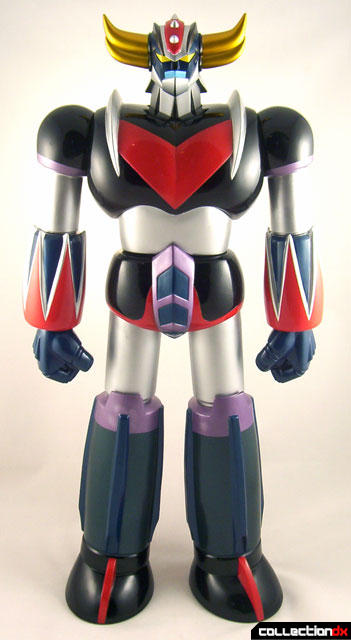 Unlike some toys that attach the word Jumbo to themselves, this one does stand a legit 60cm (23.5") tall as it says on the box. The box is rather large at 27" tall and 13.5" across. It's only about 6.5" deep though. The front has a large drawing of Grendizer in the foreground with the science institute in the back. The upper half of the box is a clear cellophane window, through which you can see the head and shoulders of the toy as it rests in a styrofoam tray. The back and sides of the box repeat the artwork from the front. Strangely, the robots name is worded 3 different ways on the box. He is called Grendizer in English, UFO Robot Goldrake in English and also UFO Robo Grendizer in Japanese (UFOロボ グレンダイザー). 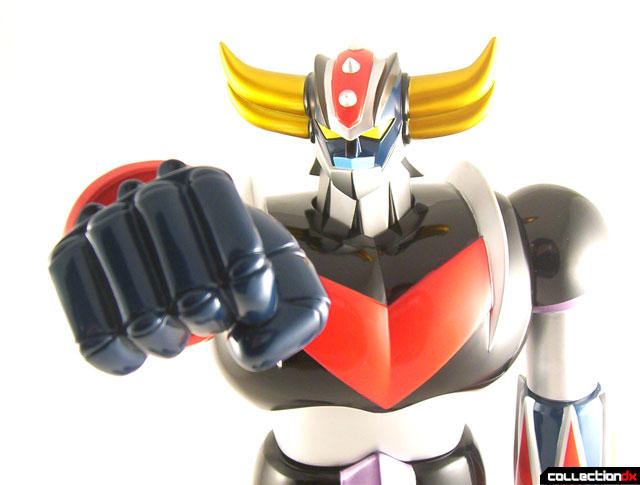 The toy itself is very eye-catching. In addition to it's size, the sculpt is very nice and the paint job nice and glossy. So glossy in fact you can see reflections in it. 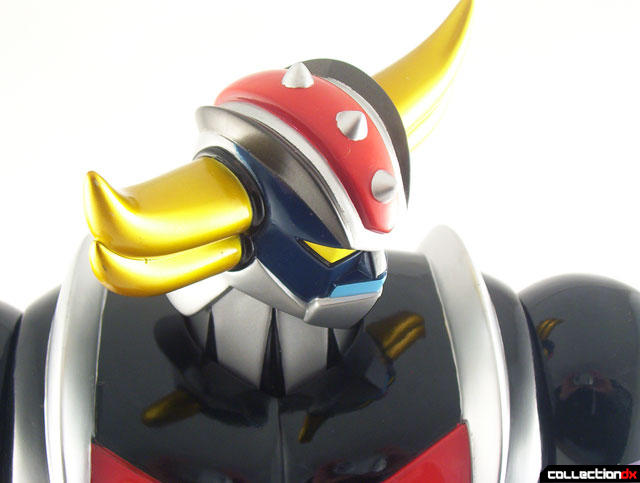 My specimen does have a small flaw on the left arm, but considering the quality of the rest of the paint job, I'm willing to bet it is an isolated incident.

I count 14 points of articulation on this one (neck, waist, shoulders, elbows, wrists, hips, knees and ankles). It may be easy to overlook the ankle joints, but they are there. Turning the ankles causes the back of the legs to not line up. Please note that when I say articulation, I only mean that each of those joints can be turned. For instance, you cannot BEND the elbows or knees. The toy remains in a static pose. Furthermore, the waist does not move very far because the purple pointed up from the pelvis prohibits it. 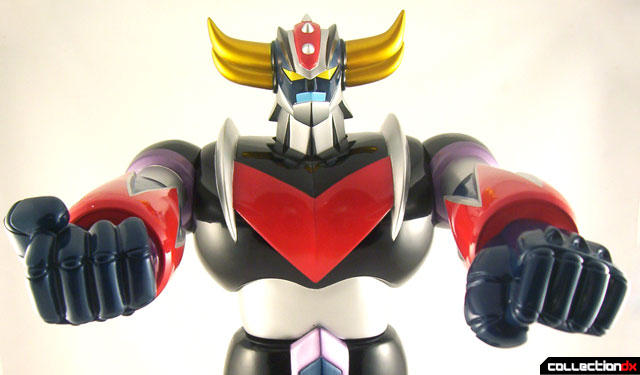 Should you buy this? If you are a Grendizer fan, definitely. It's a great, big rendition of the character and will look great with your Marmit Daigokin or Fierce Legends of Super Robots version, etc. You should also get it if you just like larger robot toys. If you are a Machinder purist though, it's probably not for you. Though it has a static pose and the requisite size, it's sculpt and paint job are probably just too realistic for it to display well with your regular polyethylene jumbos.

Though this was released already in Europe, it will be released in Japan in April and can be pre-ordered via HobbyLink Japan. 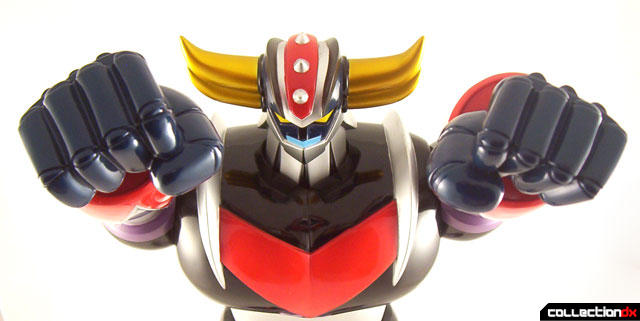 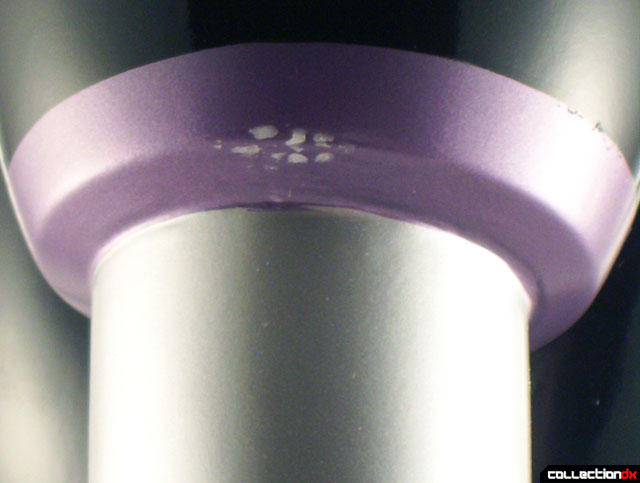 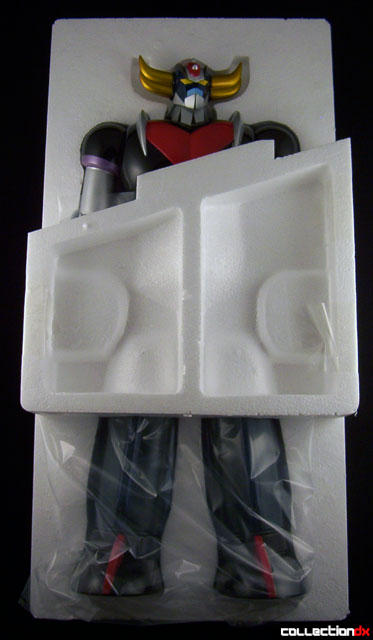 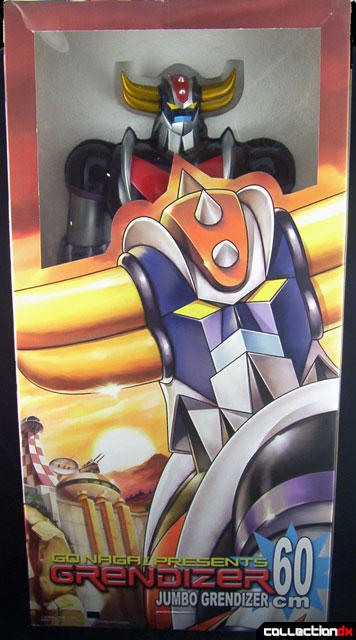 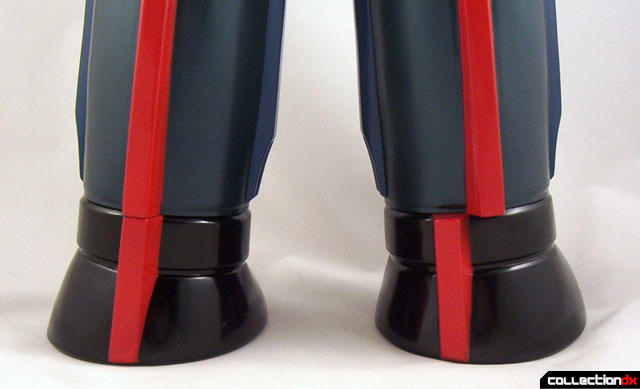 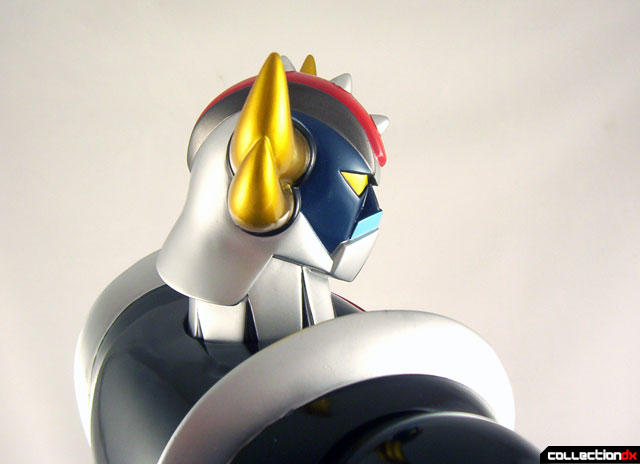 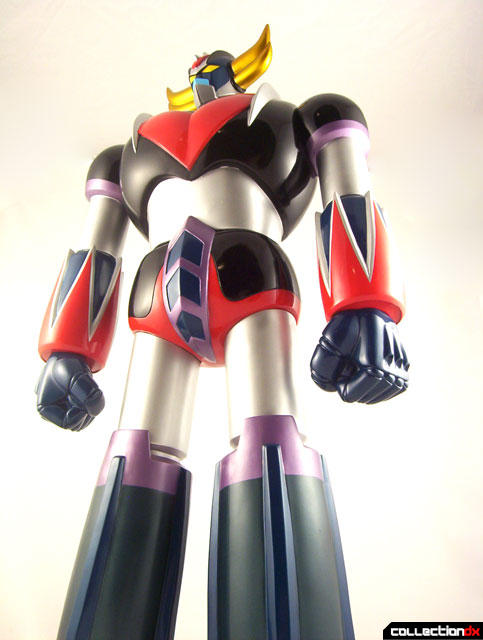 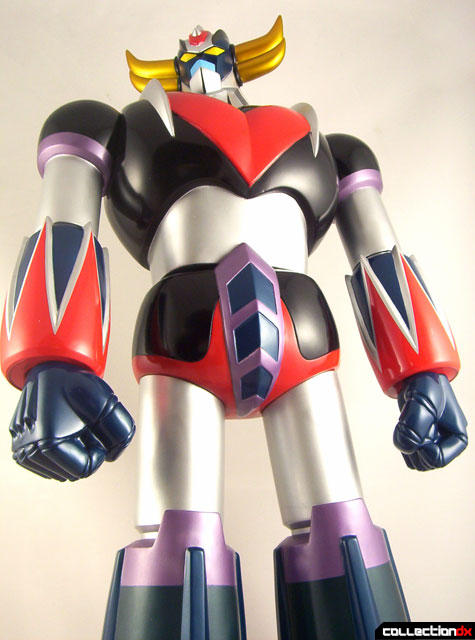 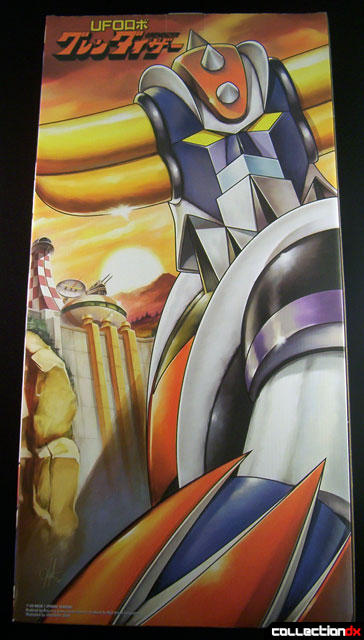 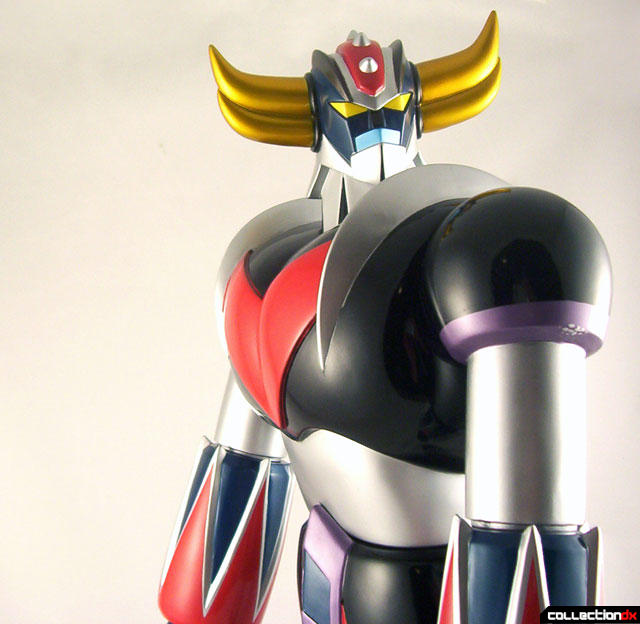 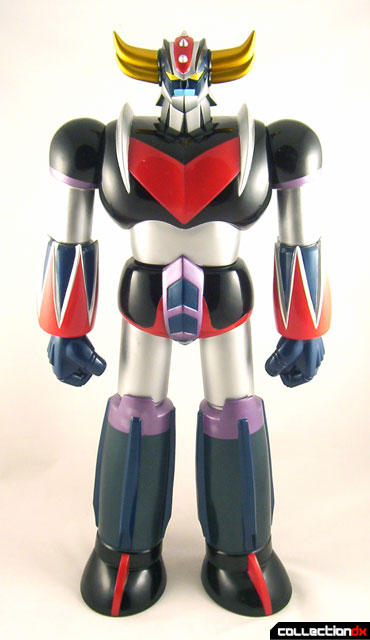 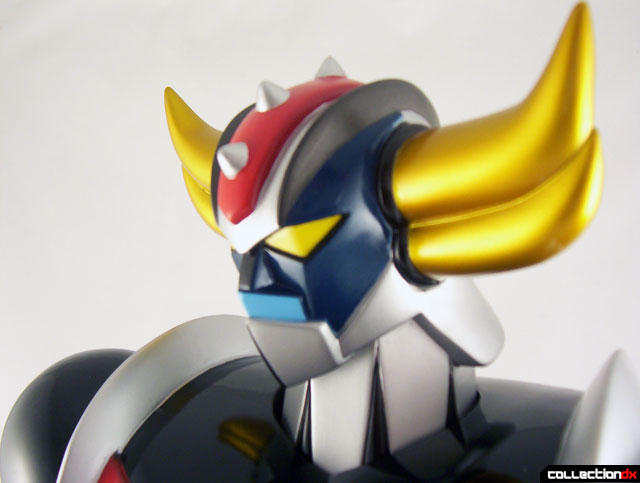 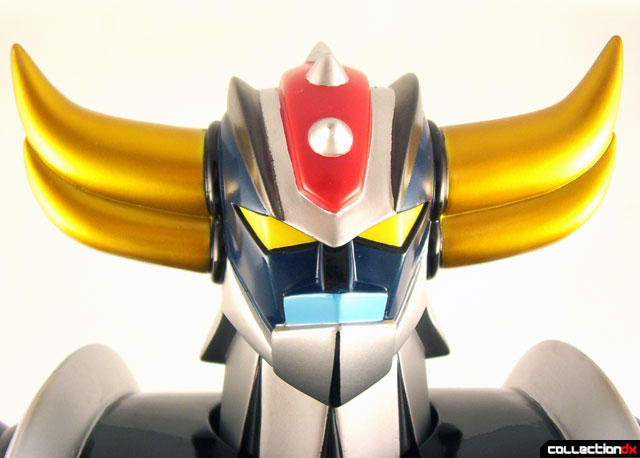 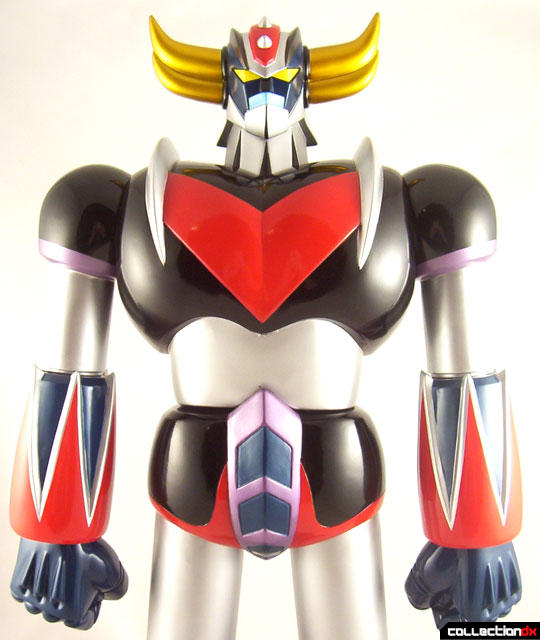 This is one of the biggest Grendizers in the market. I admit I have only opened the box and taken out the primary packaging out to take a photo. I haven't taken Grendizer out as he's still locked neatly inside, but I will soon for a blog I'm doing on classic cartoon figures.