As a fan of both Jumbos and vinyls, you just know I'm gonna be drawn to any large sized vinyls that are released. The Giant Garamon ( ジャイアントガラモン) checks in at just over 14" tall and is a commanding presence on any vinyl kaiju shelf. This toy is limited to just 200 pieces and includes a rather bizarre gimmick. It features "baby doll" eyes that close when you lie it down!

Shaking it back and forth slightly makes it bat it's eyelashes (yes, eyelashes!) at you. Now Garamon is a rather odd and creepy looking kaiju to being with, but this whole gimmick just adds to that.

Usually the paint on M1go (Mï¼‘号) vinyls is top notch, but there is a bit of overspray on this one. The paint from the lips can also be seen a bit on the chin underneath. No doubt the person painting it was distracted by those eyes, so I'll let it slide this time.

There are six points of articulation at the hips, arms, neck and tail, but you won't move anything but the head in all likelihood. The toy was sold in a bag with a header card. The version I have came with a round wooden base with a gold foil label on it. I can't read the Japanese but it seems this one may have been sold at a fuction of some kind on June 11, 2006. I can't find anything about it being a show exclusive so I'm not sure what it signifies. If you know, feel free to clue me in.

Here is a look at this toy compared to the standard sized B-Club version. 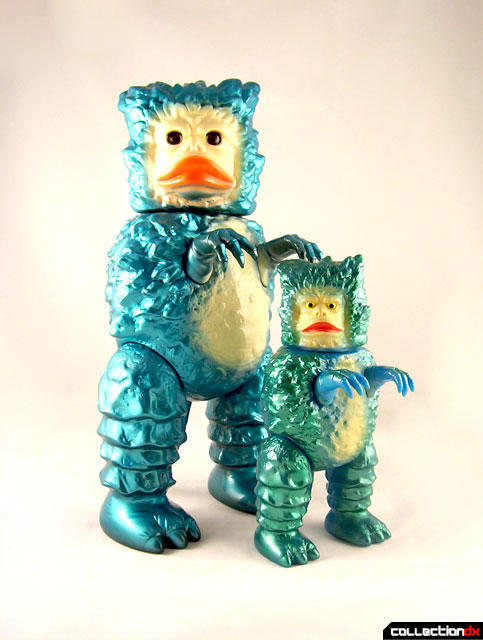 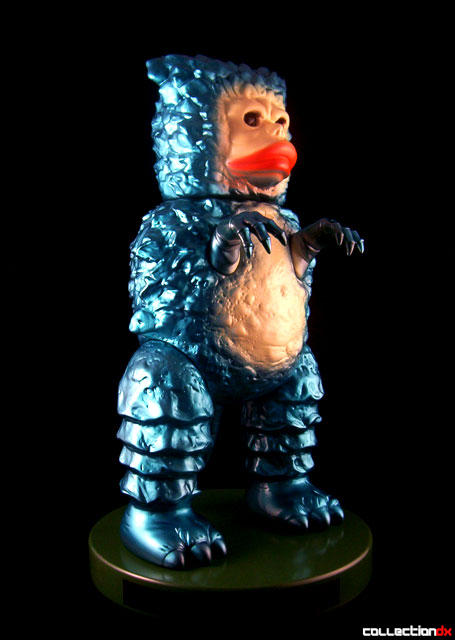 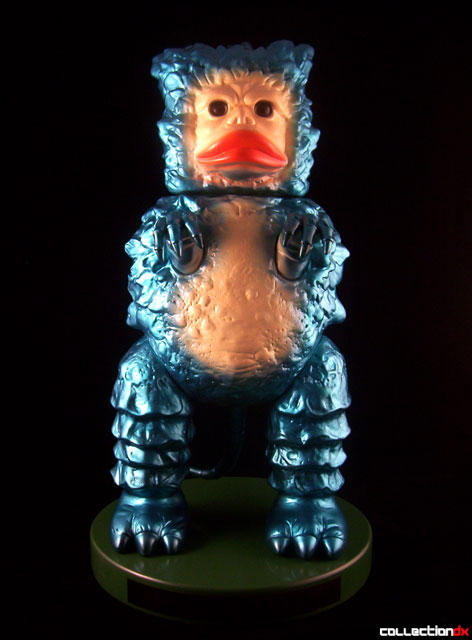 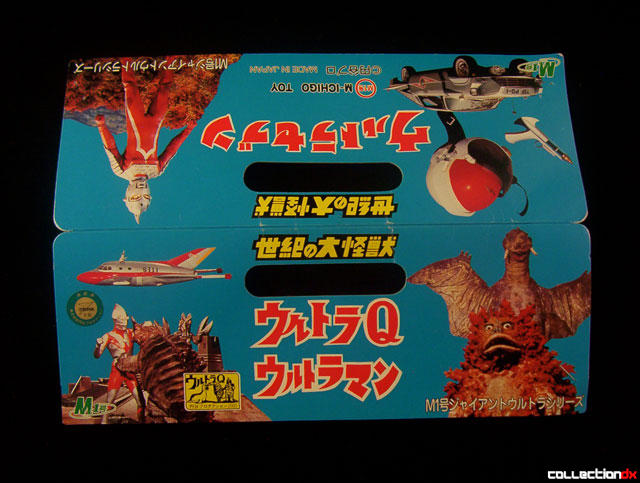 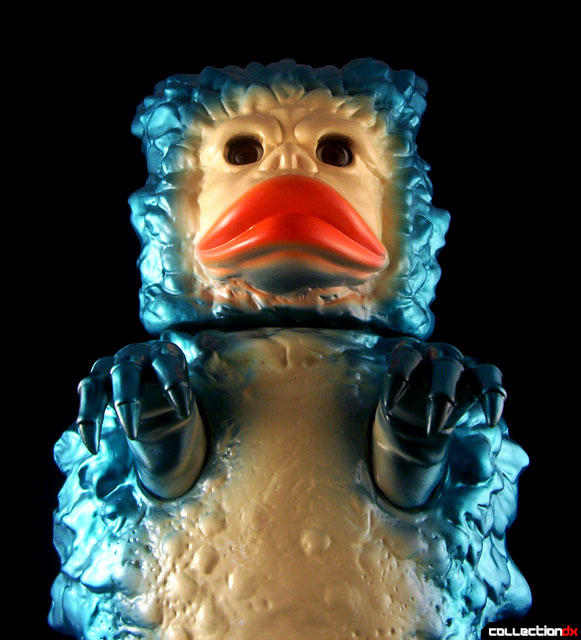 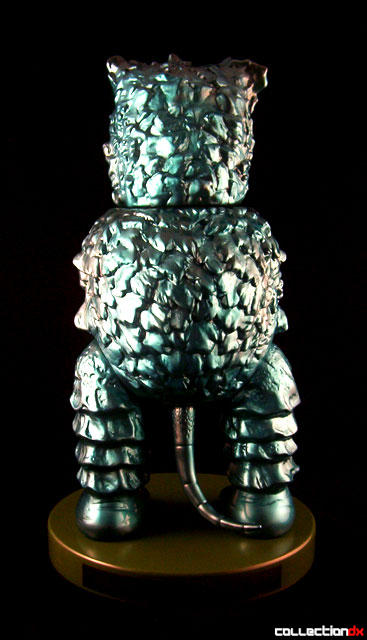 That's what that base is for, an "Ultraman vs. Pestar" display. It must have been given to me by mistake and doesn't come with Garamon at all. I can't believe I didn't know that. I always thought something was off about it. Some poor guy out there doesn't have the base he's supposed to have, I guess....