A lot of people really get down on the Revoltech Getter 1... People were under whelmed by the first entry into the Revoltech line, but I like it. I think it is really underrated. 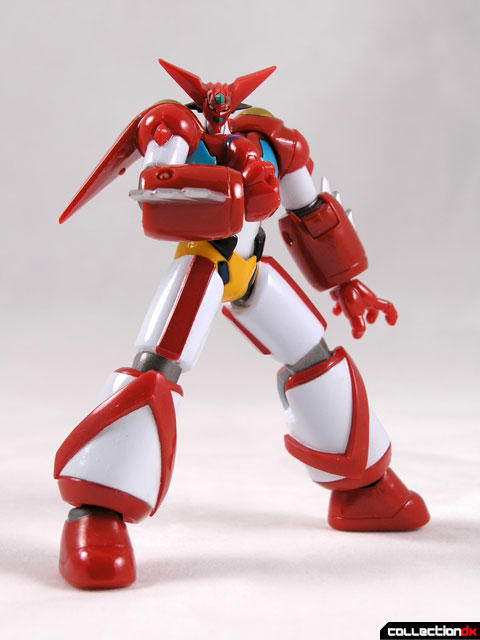 Getter 1 comes from the latest New Getter Robo anime, yet another re-telling of the Getter Robo mythologies. 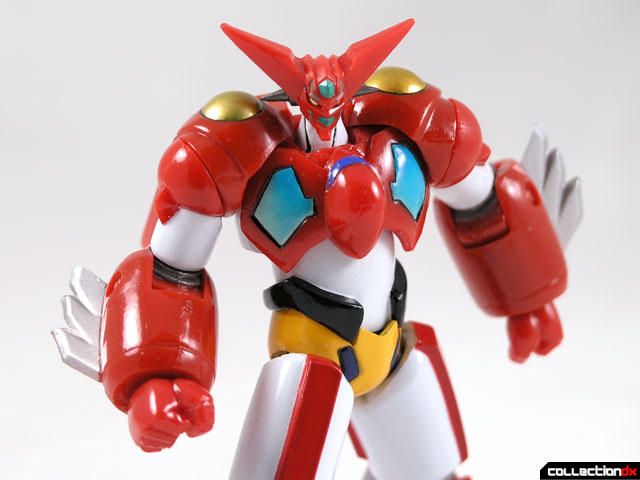 The toy is made out of PVC and ABS plastic. I think the main reason people didn’t get into this figure is the lack of Revoltech Joints – there are only 4 Revoltech joints on the whole figure – the rest are monoshaft joints. 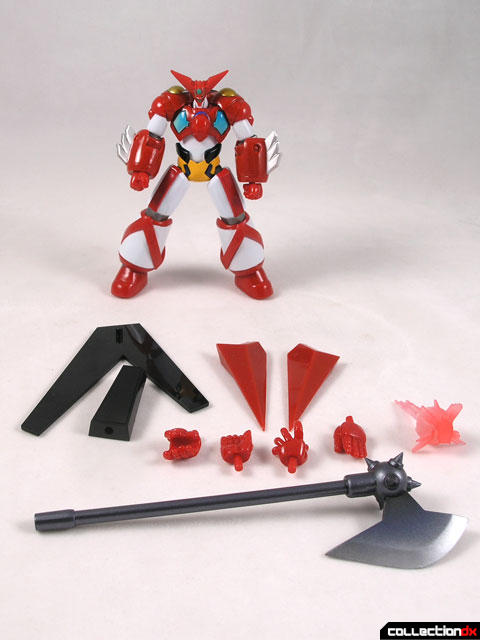 Still, the toy is solid and durable, a welcome departure from previous Kaiyodo offerings.  There are at least 19 points of articulation, and Getter 1 comes with a few accessories

The hands pop in and out with ease, but are not so loose that you have to worry about losing them. The grabbing hands can hold the Getter Tomahawk securely. I actually prefer this kind of connection method, rather than the Revoltech joints that the later figures in the line use. These are much easier to change. 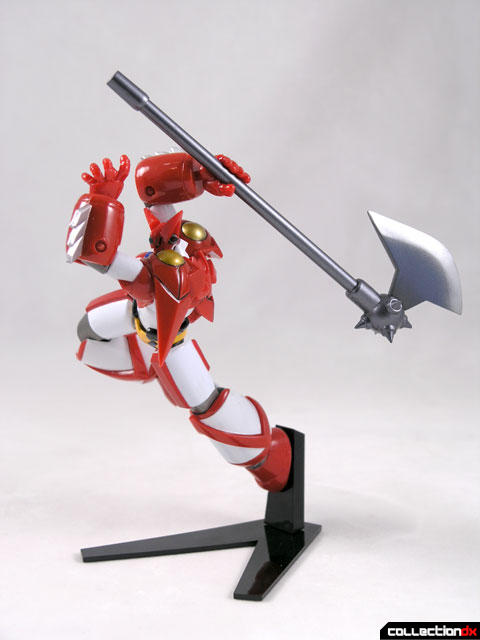 The wing attachments slide over the shorter wings on Getter 1’s back to give it an extended look for flying. I think they look great, although getting them to stay on can be tricky. Each wing is supposed to go on a specific side, so make sure the indents on the wing line up to the ones on the figure. 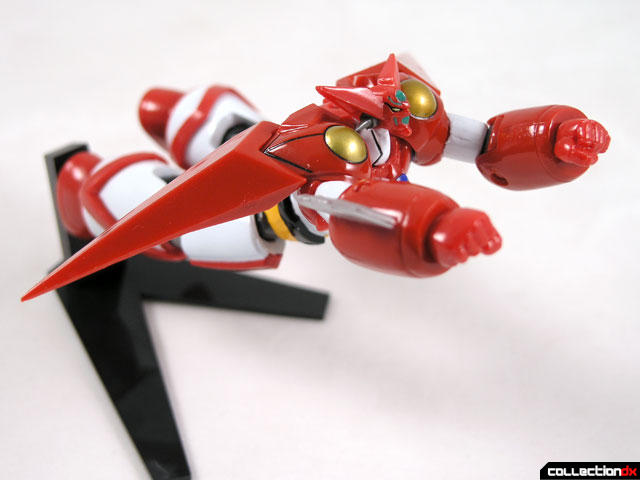 Don’t let the size or the lack of Revoltech joints turn you off. This is a great figure, and is now even cooler with the addition of Getter 2 and Getter 3 to the line. 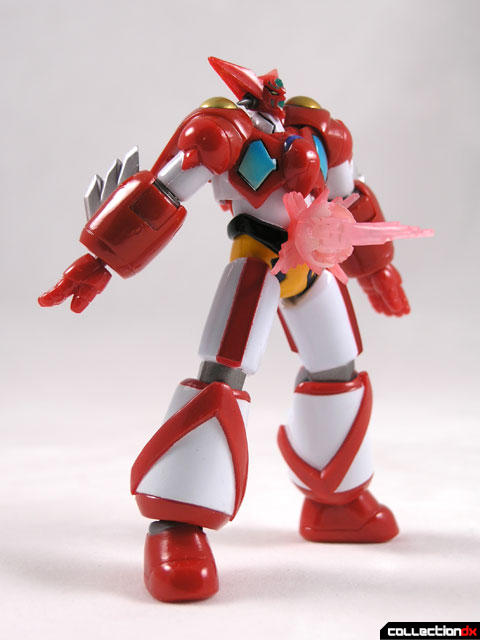 Revoltech Getter 1 is distributed in the USA by Organic Hobby. 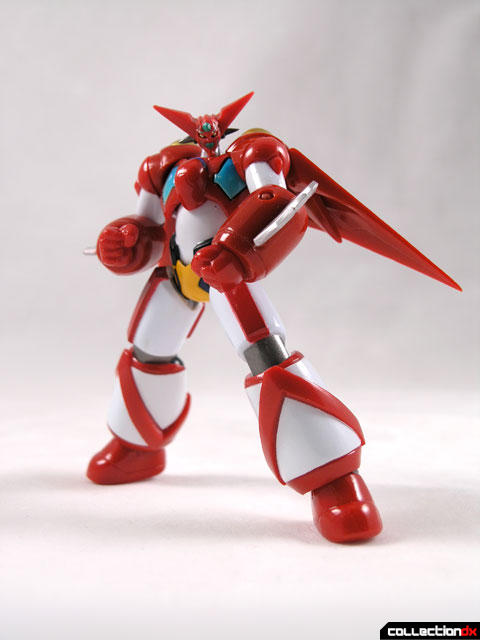 Hi, could anyone tell me how to remove the wings once attached and whether it is possible at all? Thanks.