“Falcon Z1 is the first Zero Metal armor to go airborne. It uses the magnetic repulsion enable for the Z1 to sustain airborne for long period of time. Falcon Z1 is armed with thermo-optical camoflague, and auto-tracking missiles. The Falcon Unit is made of only female pilots specailizing in solo reconnaissance and assassination mission.”

The Falcon Z1 armor comes from the Z.M.D.C. line. Z.M.D.C. stands for Zero Metal Defence Capsule. The toy is from a Chinese comic called Jiu Gang. You can sample the comic here. The Falcon F1 is designed by Da Joint, manufactured by Sea International and the ultimately distributed by Merit International.

Caught somewhere between Designer Toy and Action Figure, the Z1 is really spectacular looking. It’s equally influenced by urban designers such as Brothersfree as it is by G.I. Joe. Distributed by Merit International, this Hong Kong figure is easily accessible to collectors in the United States through online stores such as UniToyZone. 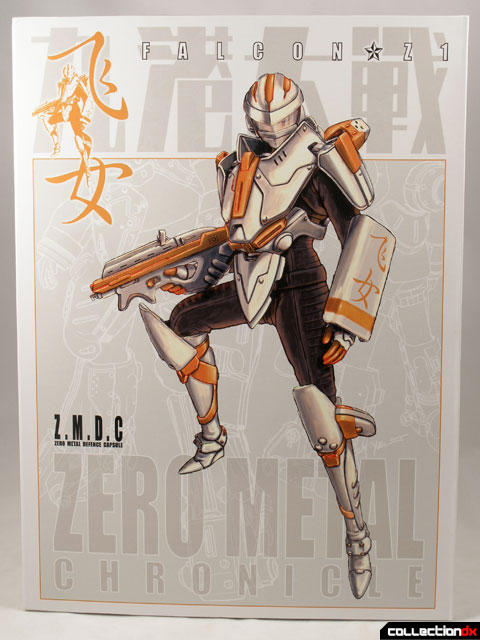 The figure comes packed in a large box measuring 15 x 11 x 4. It features a book-like cover held in place with a velcro tab. Opening the cover reveals a nice window box. The box is decorated with artwork from the comic. Inside, all the parts are securely stored in a clear plastic tray. No tape or twist-ties are used. Included in the box is:

The box does not include any instructions.

The figure itself, without armor, is about 12” tall. It is very well articulated, with double jointed elbows and knees, and clicky shoulder and hip joints. The hands and lower legs have the armor permanently attached and there are no “normal” hands or legs to swap out. The fingers on the hands appear bendable, but I don’t know if they are actually filled with wire to hold poses.  The cloth bodysuit is actually three pieces, and appears to be removeable. 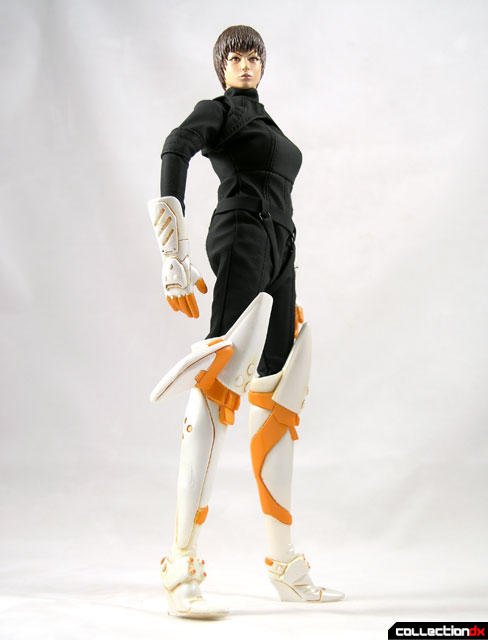 The proportions of the figure are a little odd, with long lower legs and a small-ish head, but if you view the comic, you will see that the characters are all styled this way. Once the armor is on, you don’t really notice a difference.

The body armor is half hard plastic, half rubber. It has a great weathered paintjob, and has some cool features, like movable shoulder armor, and exhaust vents that open on the back. The armor slips over the head and is attached via two straps that connect in the back. You have to push two white pegs in to release the straps. It takes a bit of work to get them in and out. 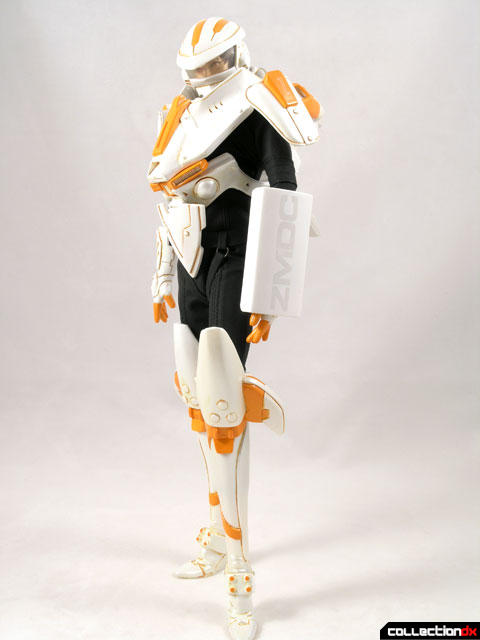 The helmet fits the head perfectly, and has a nice translucent visor that enables you to see the face through the helmet. 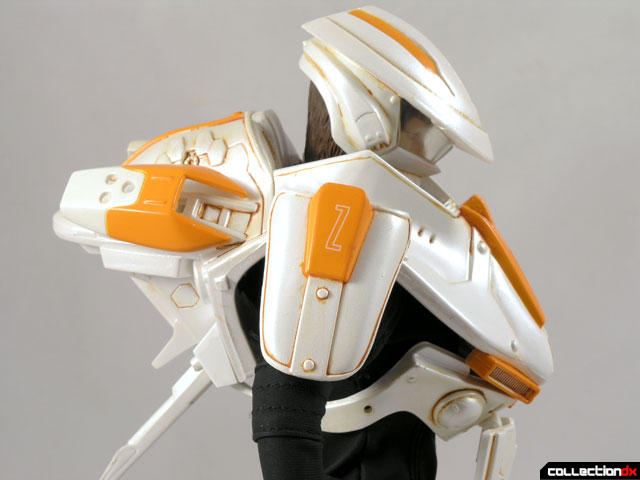 The only weapon that this toy comes with is a rifle, and it’s not that great. The gun itself is nice, but the hands can barely hold it. The spread of the hand isn’t great enough to securely hold the rifle.

The artwork on the box shows the gun stashed under the back of the armor. However, this toy has no way for the gun to connect there. The gun has a peg on one side of it, but there is no slot for it to fit into. I don’t know if it is a manufacturing defect, or if the design changed before the toy went into production. A manual would have been helpful, but none was included. As a matter of fact, if you look at the official image on Sea Figures' website, you can see that there is a clip mechanism shown here that is not on the toy I received. 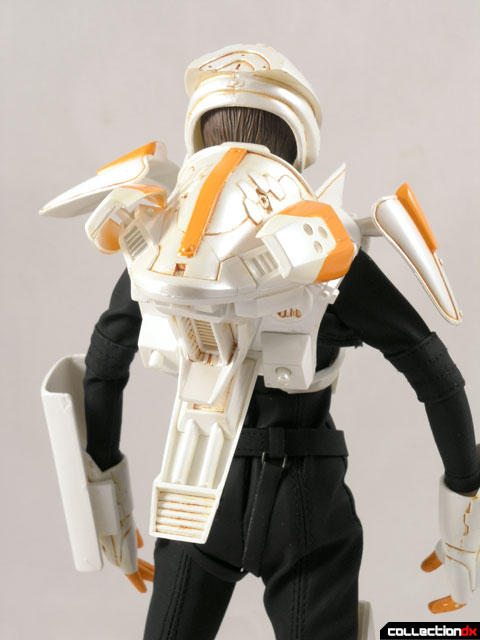 There’s no denying that this toy looks fantastic, but it is definitely more of a display piece than something you actually play with. If you do get one of these, make sure to pick up a stand for 1:6 scale figures, as this figure does not like to stand on its own. This is due to the large armor, and the non-articulate feet. Still, it will look great on your shelf. 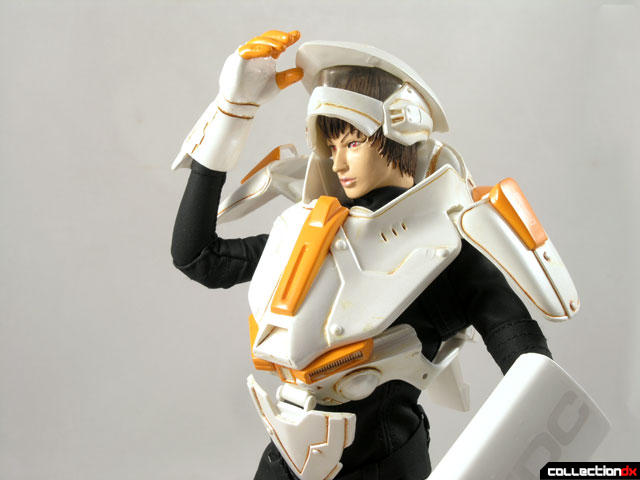 You can find the Falcon Z1 at UniToyZone. 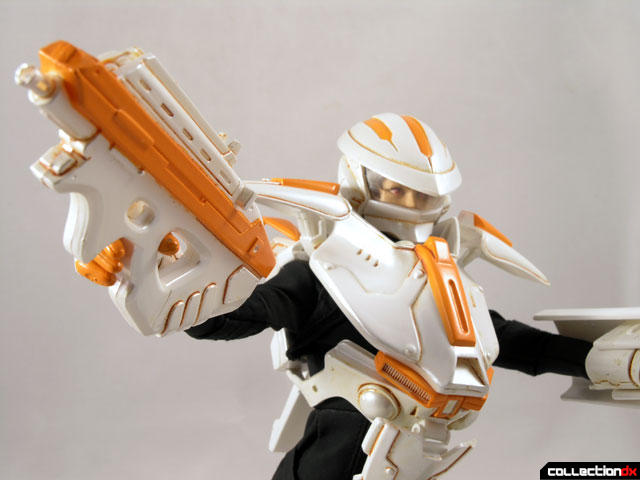