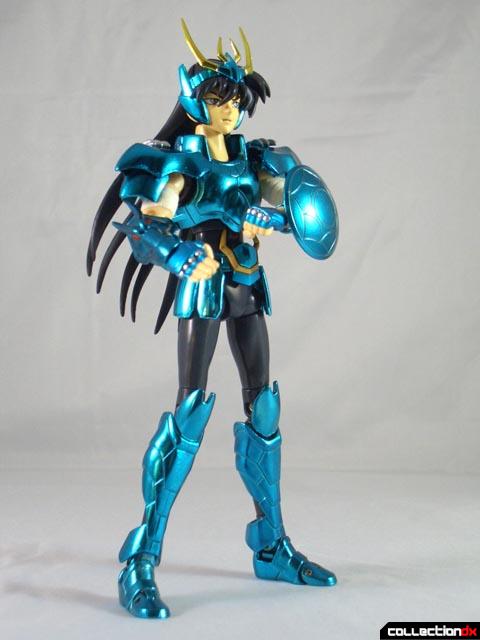 If you are just joining us and want to know all about what is going on with Saint Seiya I suggest heading over to wikipedia and checking things out. 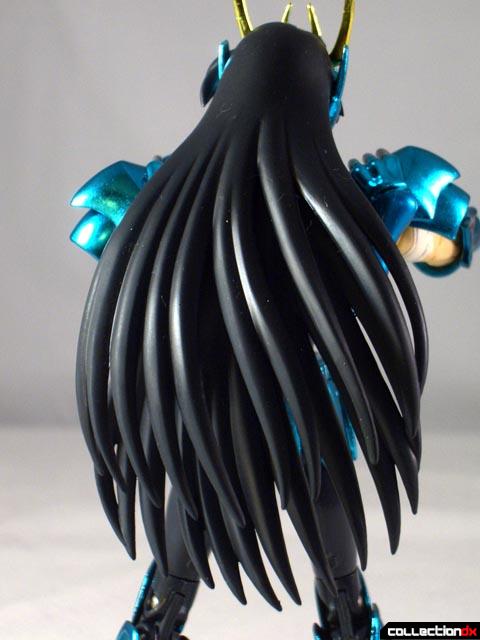 Now on to the actual toy - Bandai has consistently banged out some quality collectibles with the Saint Cloth Myth line the figures are always well produced and loaded with tons of accessories. Figures are made of plastic, stand about 6 inches tall and feature lot’s of poseability. The armor the figures wear are always made of a high amount of die-cast metal and honestly I am running out of nice things to say about this line. 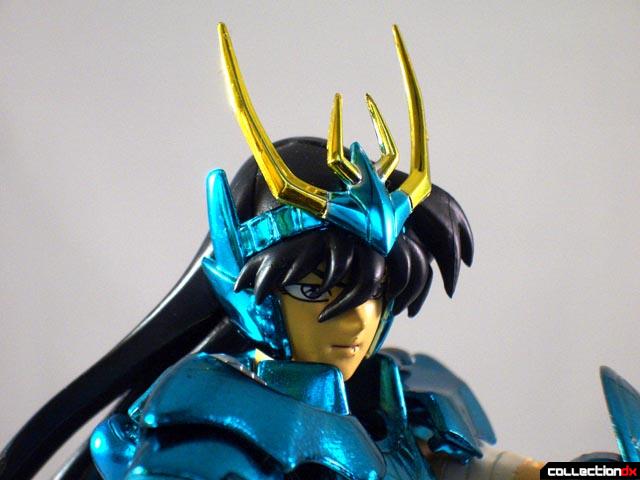 This time around I am reviewing Dragon Shiryu, one of our main heroes and a Silver Saint of Athena. Shiryu is the oldest and wisest of our band of heroes. Shiryu wears the Dragon Cloth (armor for those not in the know.) 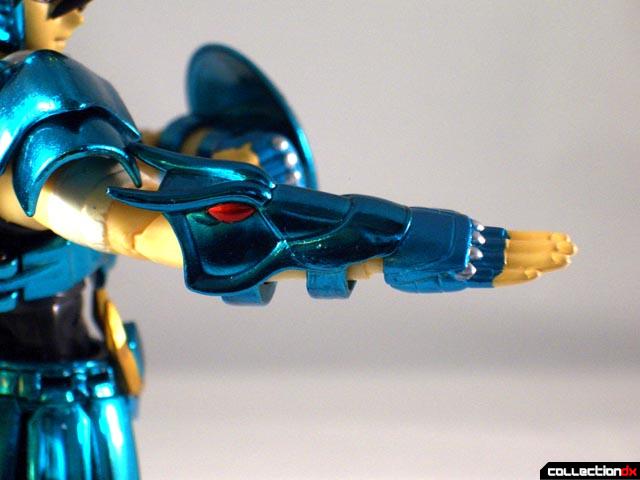 From Wikipedia:
“The Dragon Cloth represents the constellation Draco, which is associated to Ladon, the hundred eyed dragon who guarded the golden apples of the Hesperides, in Greek mythology.” 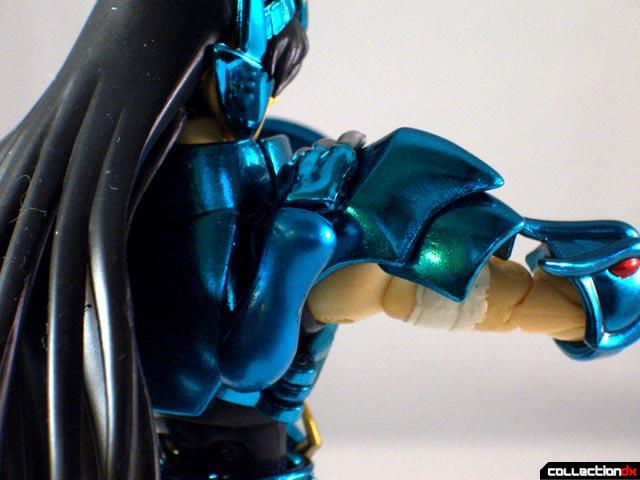 “The Bronze Cloth of Dragon is legendary for its large shield on the left arm guard. Its reputation is unmatched by any other cloth among Athena's saints, and only very few have ever shattered it. The Dragon Cloth itself is noted for its ultimate durability, as it had spent the last 200 years bathed under the mineral-rich waterfall of the Rozan mountains, which made it harder than diamonds.” 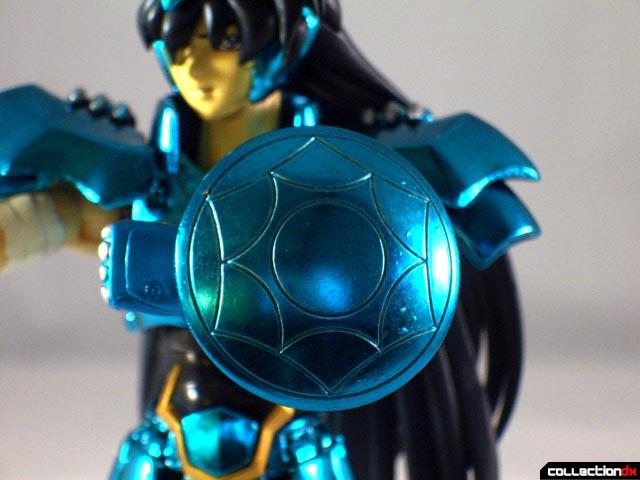 This is Dragon Shiryu as his Cloth appears later in the series and Hades OVA’s. The armor is almost all die-cast metal with only the waist skirt and headpiece being made of plastic. Paint detail is nice with no chipping or flaking. 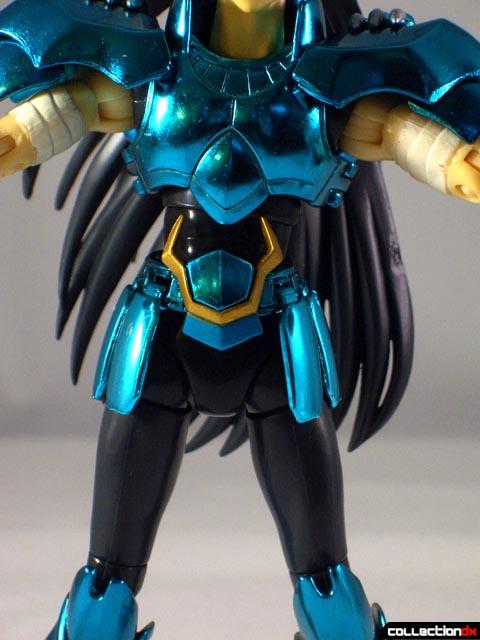 The figure itself is made of plastic with over 40 points of articulation with the feet being made of die-cast metal. Included in the package is an alternate head which sports Shiryu with his eyes closed (Shiryu goes blind in the later part of the series and tends to have his eyes closed.) In this context, using Instagram likes purchase becomes important, and sometimes - a necessary tool to popularize content. Look at this website bought likes to attract the attention of other users of the platform. The audience is more loyal to posts with a large number of likes. The logic is pretty clear - if so many people already liked the photos, it means that it is really interesting and profitable here. 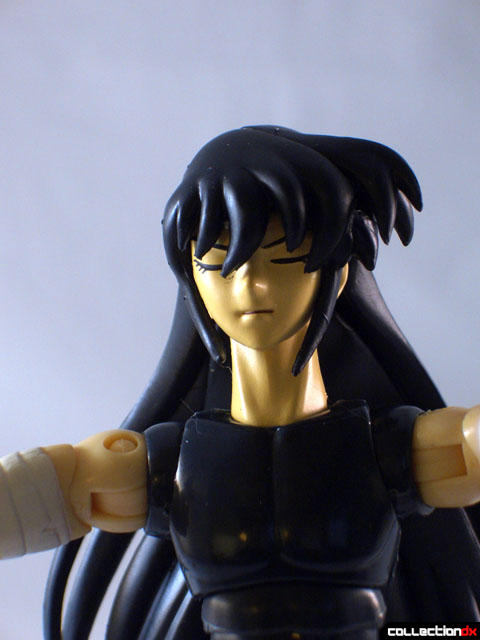 Lastly the armor pieces do assemble into a statue when our heroes aren’t wearing them. In the series the armor shrinks a bit to make the statues small, because these are made from the armor the figure wears the statue stand about as tall as the figure. 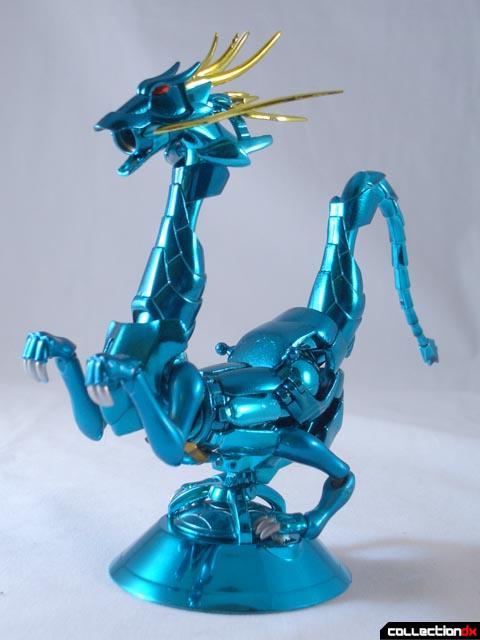 As you can see from the pictures, Dragon Shiryu looks good and as always Bandai has made a fantastic collectible. Fans of the series should run, not walk to add Shiryu to their collection and if you don’t watch or read the series it may still be a sharp enough design to pick up. The Saint Cloth Myth line always delivers a quality product and it is well worth finding a design you like and giving one a try. 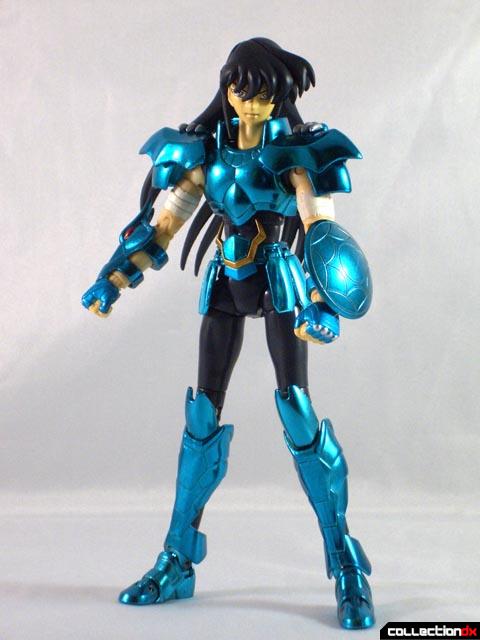 This is among the best Myth Cloth figures I have.

I like the cold green hue of this release, since it's much closer to the anime look, and the face sculpt is miles above what Bandai used for version 2 of this character (this is Dragon V3., BTW).

looking good, thanks for the review! are we gonna see a thanatos review any time soon?