Developed to Darth Vader's specifications, this highly advanced starfighter features a reinforced spaceframe designed to stand up under the most strenuous battle conditions, as well as a hyperdrive and deflector shields. Lord Vader piloted this deadly ship in the Battle of Yavin, destroying several enemy fighters, nearly bringing down Luke Skywalker, had it not been for a lucky shot by the Millennium Falcon.

I know that this toy has had many variations and releases of Darth Vader's Tie Advanced X1 Starfighter over the years but, today I'll be reviewing Hasbro's 2006 Star Wars The Saga Collection release of this toy.

It seems as if all toy companies nowadays are window boxing or clam shelling every toy. I like the old school look and feel of this box. It reminds me of the original Kenner packaging. Note the illustration, yes that is the Millennium Falcon blasting Darth Vader's Tie fighter. I think its a nice touch that Hasbro chose this particular scene for this toy's box. 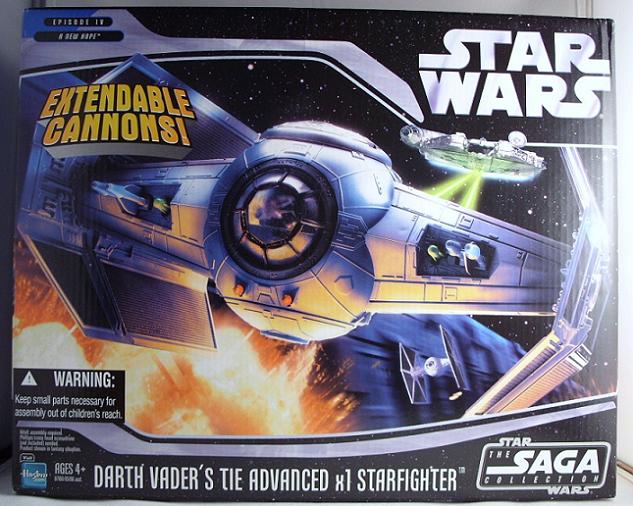 As you can see in the following pictures, you get pretty much exactly what's on the box. The ship features, opening cockpit hatch, firing missiles, retractable guns, and a really detailed paint job. I do apologize for the picture quality. This ship pretty much overwhelmed my small photo tent and lighting. Don't worry, I've upgraded for future pics. 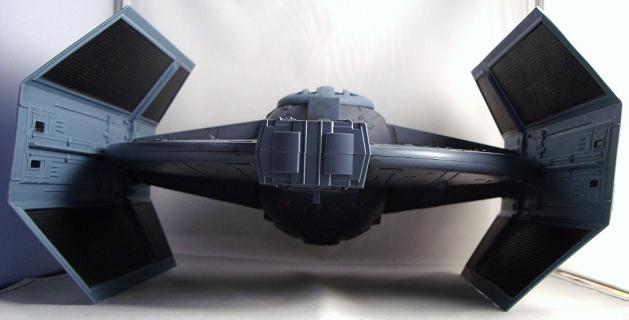 A good view of the opening cockpit hatch as well as the silver painted wear details that adorn the body of the craft. 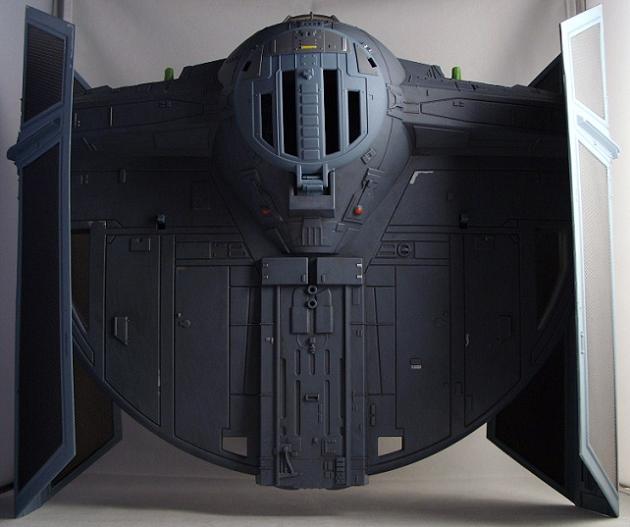 Here you can clearly see the lever that operates the retractable guns. 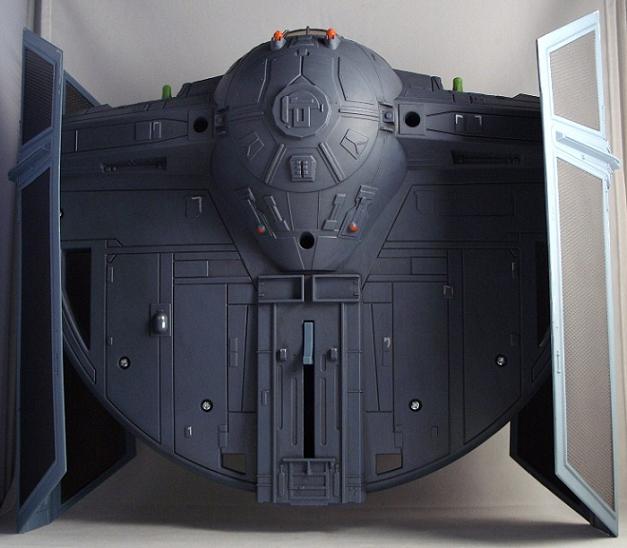 Check out the great paint detail in the cockpit. How do they do that? You gotta have steady hand. 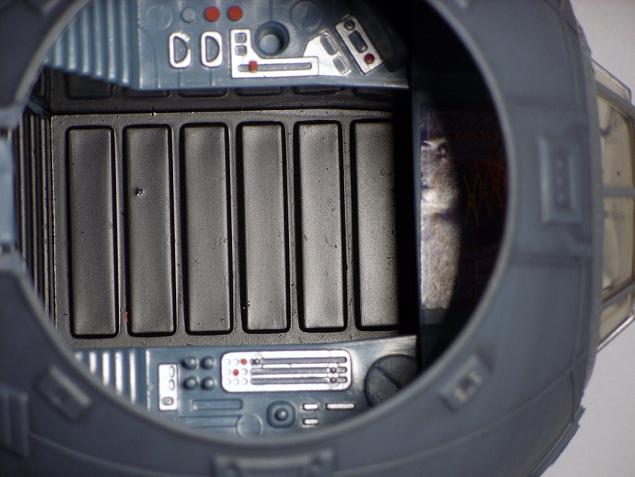 In the picture below you can get a good view on the retractable cannons and the firing missiles. 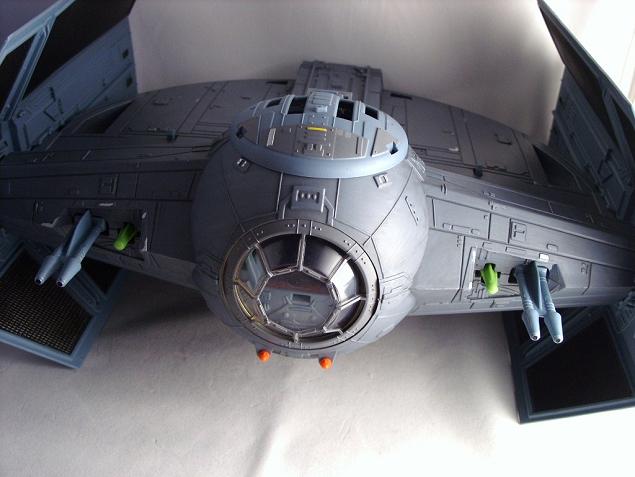 The close up of the pilot cockpit shows the painted window bracing. I feel doing this really sets this version apart from the original 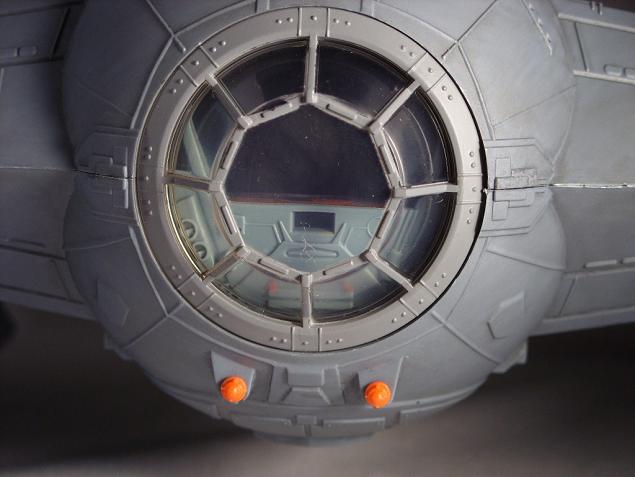 All said, I really like this toy and feel its a good representation of Darth Vader's famous ship. I am proud to add this Tie Fighter to my collection.