Island Of Terror was released in 1966 and although it's been a while since I've seen it, I remember it being a rather underrated movie. Or maybe I shouldn't say underrated as much as unknown. It's certainly not one of the movies that immediately come to mind when you think of Peter Cushing, but maybe that speaks more for his illustrious career than it does against this film.

When I placed my first order with Ultratumba Productions, I decided to have them throw in these little resin figures as well, mostly because they were cheap. I didn't expect to like them as much as I do.

These Creatures of Terror (aka the Silicates) come in a small (approximately 5"x5"x2") cardboard box with a picture of the product on the lid and brief assembly instructions on the side. The figures rest in a styrofoam tray. 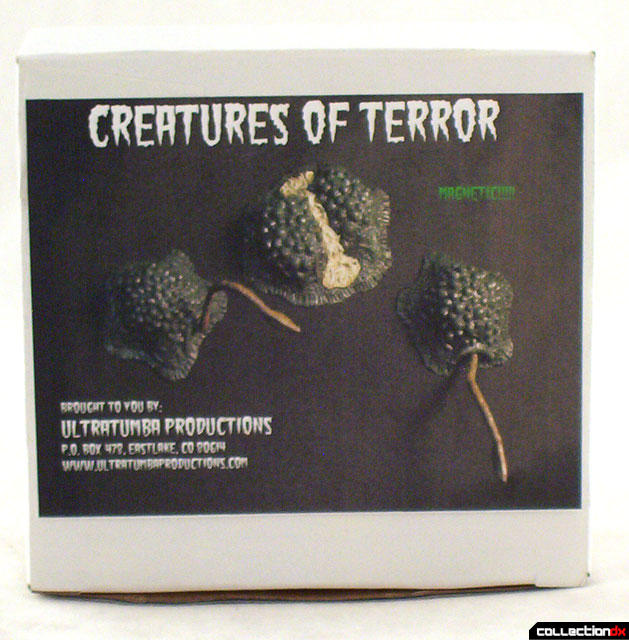 The creatures themselves are just these big green blobs that would slither along the ground and attack with their long tentacles. On these figures, the tentacles are flexible and need to be attached, but a small dab of super glue will take care of that. Each piece comes pre-painted. The biggest one (without the tentacle) is a bit shy of 3" in length while the two smaller ones are less than 2" long (not including the tentacles).

One thing that may seem minor, but what impressed me, is that the two little Silicates are actually unique sculpts. You don't really notice it in pictures, but to see them in person confirms it. When I ordered them, I fully expected the same sculpt on both would be used as a cost-cutting measure so I was pleasantly surprised to see they made the extra effort to make them distinguishable from one another, in a way besides just having a different shape tentacle. 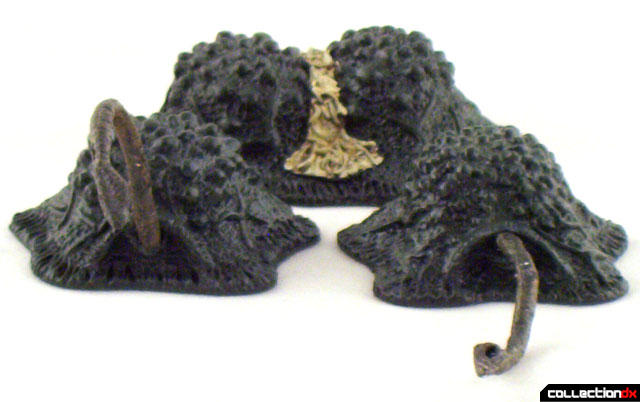 I find that these are great "filler" pieces in my monster display. With their small size, you can fit them just about anywhere and they add a unique flavor to the overall display.

But here's the best part of all.... each individual Silicate has a MAGNET embedded in the bottom!! Yep, if you'd rather not have them on your shelf, you can leave them on your fridge! 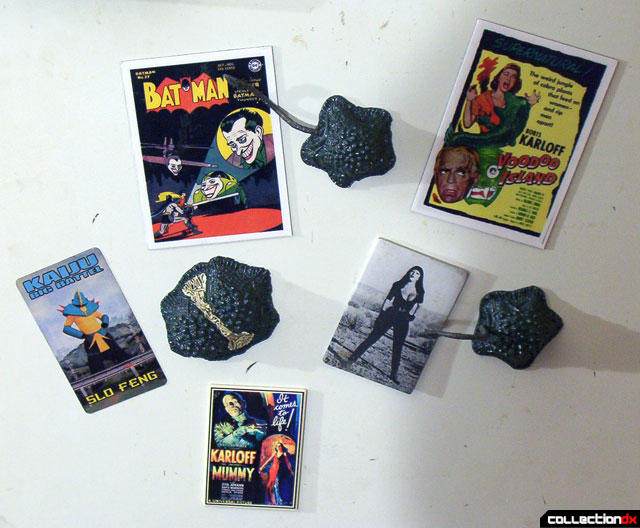 The idea of putting magnets in these was a stroke of genius. For a mere $9, these have been one of the better bargains that I've acquired in my monster collection.

I remember now the reason why I despise spaghetti... it looks just like the stuff that came out of the creatures when they divided to reproduce!