This is technically a repaint of the last release of Cobra Commander but with the classic full face mask we all know and love and some new accessories. 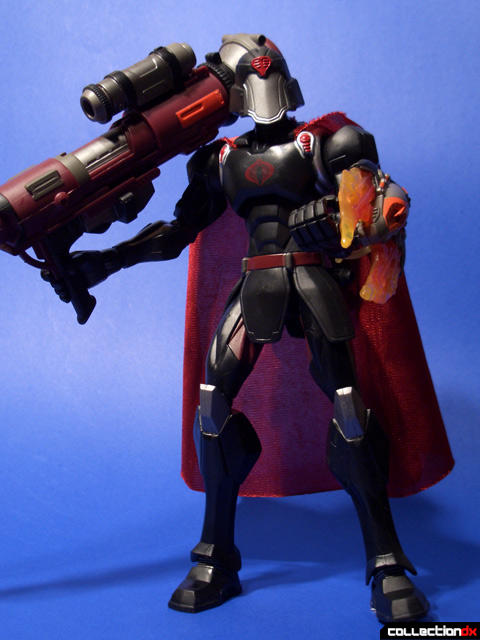 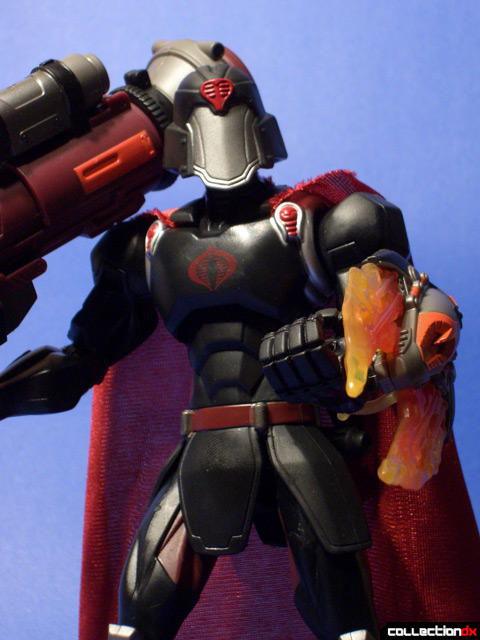 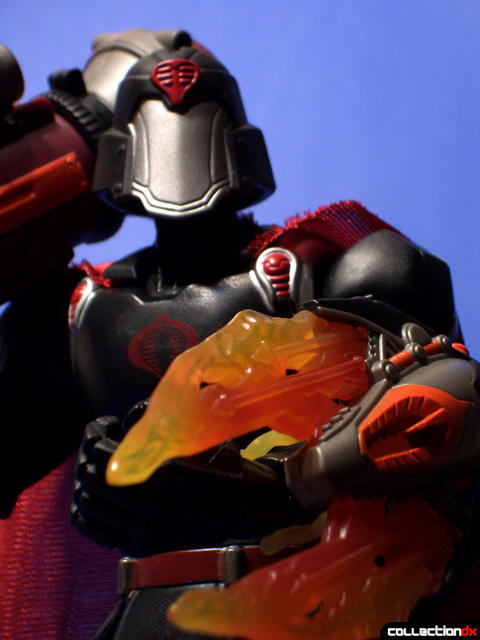 Despite being a repaint, it looks very different from the original release with its black paint and maroon trim. Hasbro has removed the battle damage affect on the chest plate so it now sports the same chest articulation found on standard Sigma 6 figures. 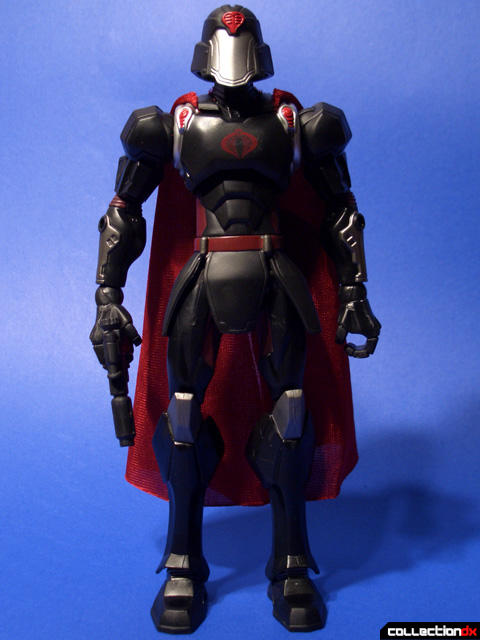 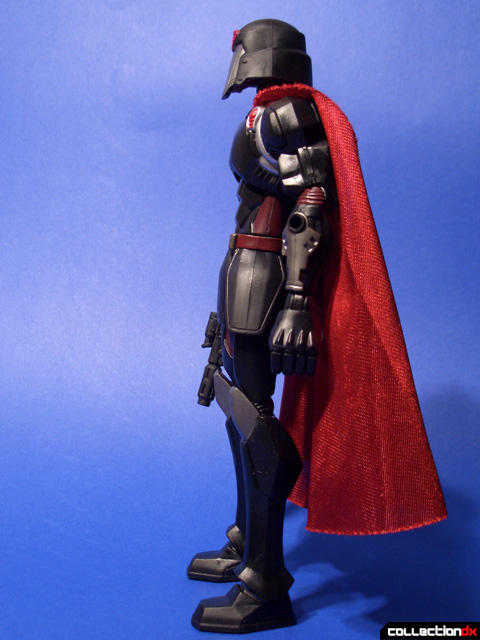 The figure comes with the usual details I have come to expect of a Sigma 6 figure; sixteen points of articulation, nice tight joints that click when you move them, neat painted on details, and of course copious amounts of wicked accessories. 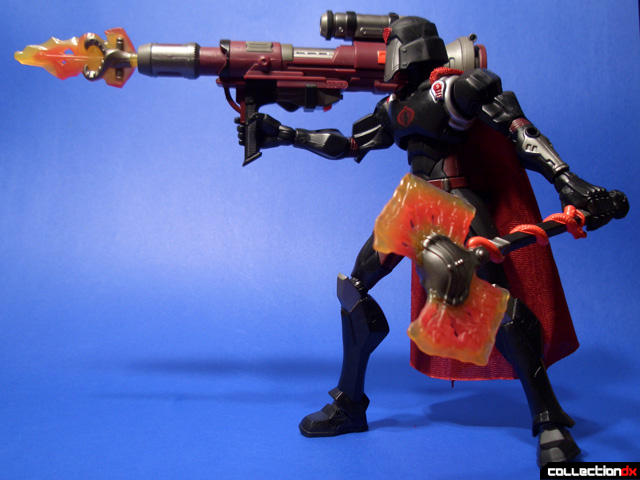 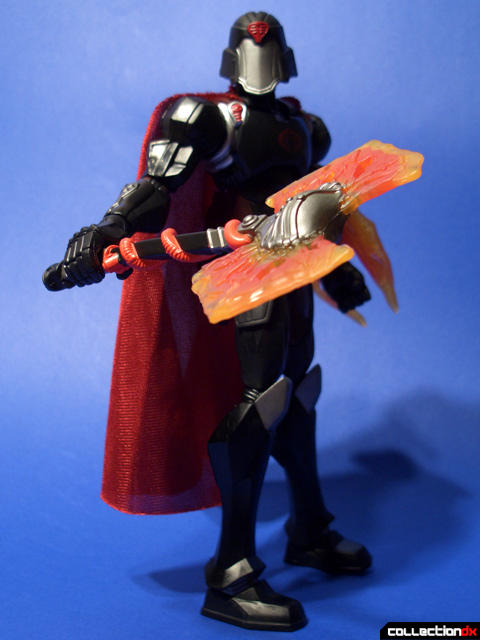 Cobra Commander comes with a HUGE working rocket launcher, a power stone, two missiles, pistol, arm blade, and a battle ax. The show has Cobra using mysterious power stones to fuel their weapons of world domination. The Commander’s suit is powered by it and so are his weapons - thus the fire looking element to his arsenal. 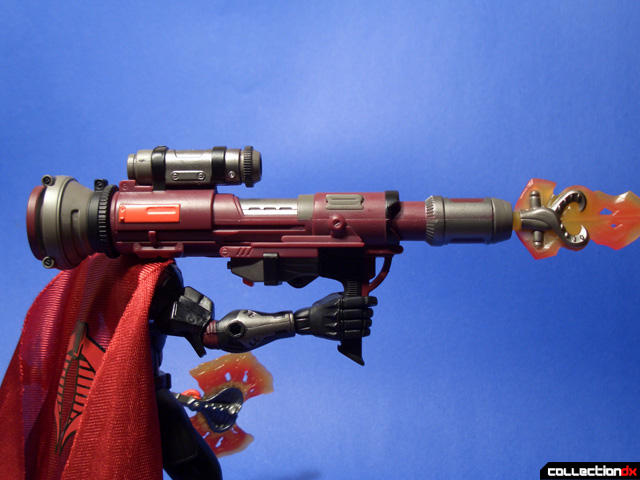 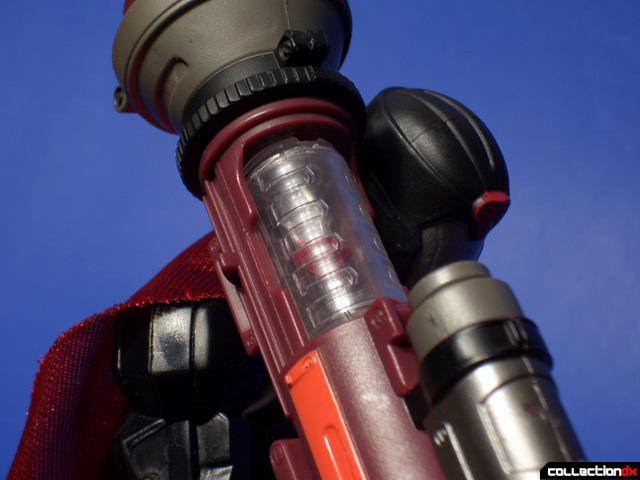 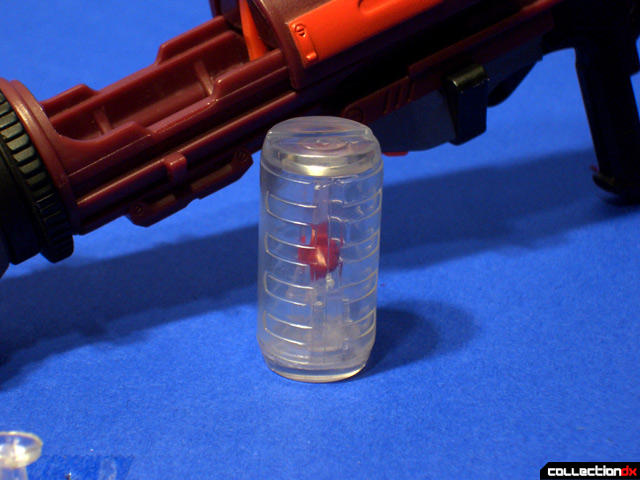 The cloth cape and removable helmet are nice touches, and the pistol still can be hidden on his back hip behind his cape. 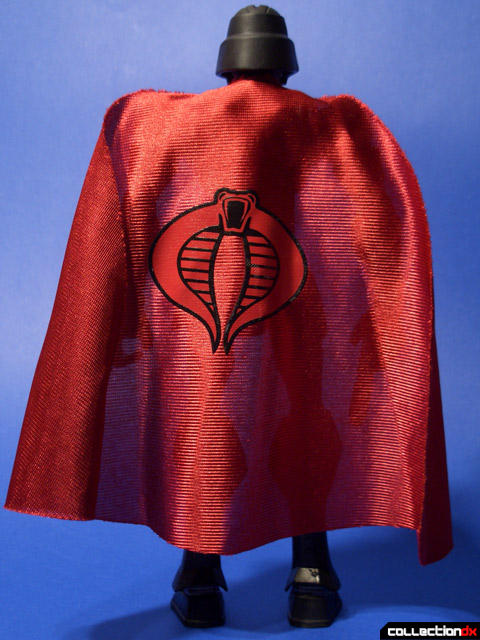 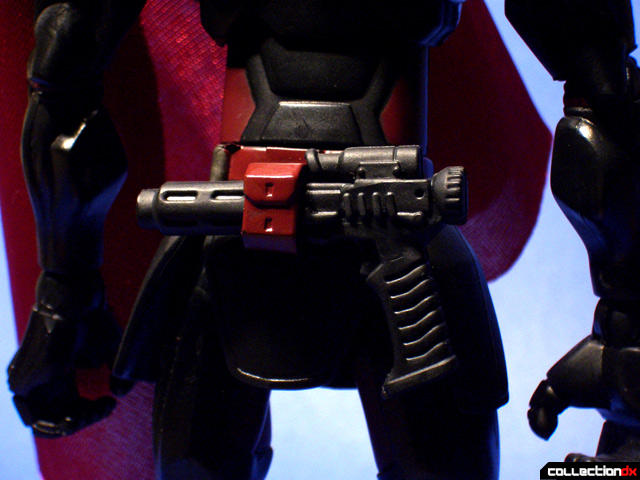 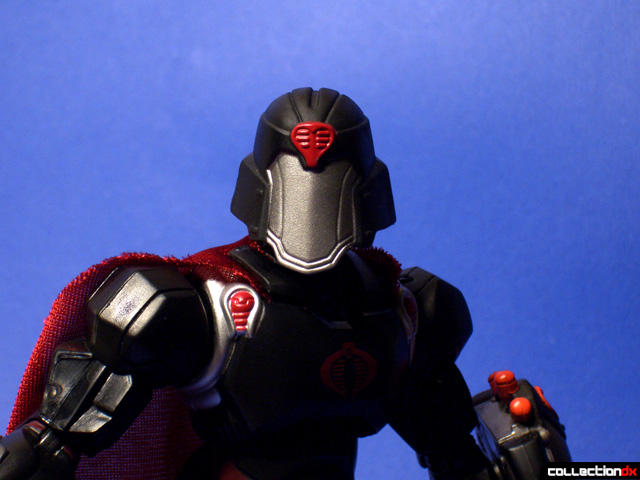 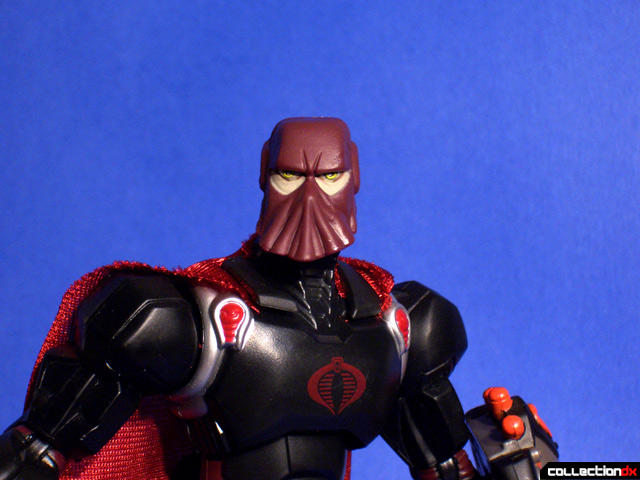 The top and bottom of the package form a weapons locker to store your accessories. 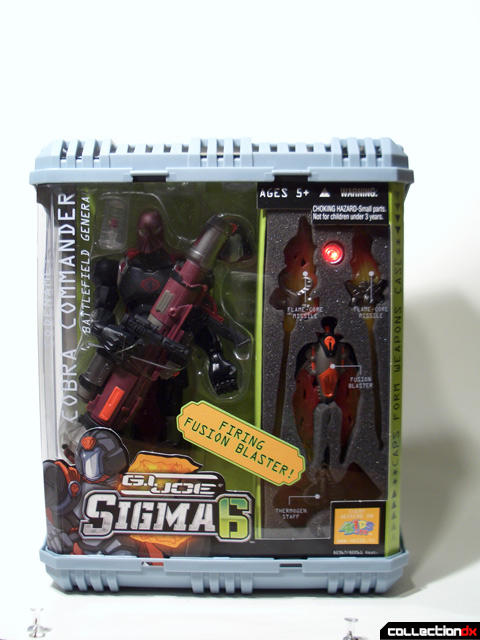 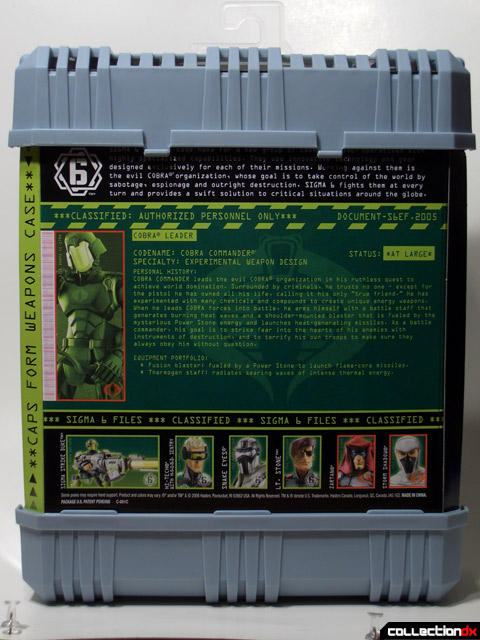 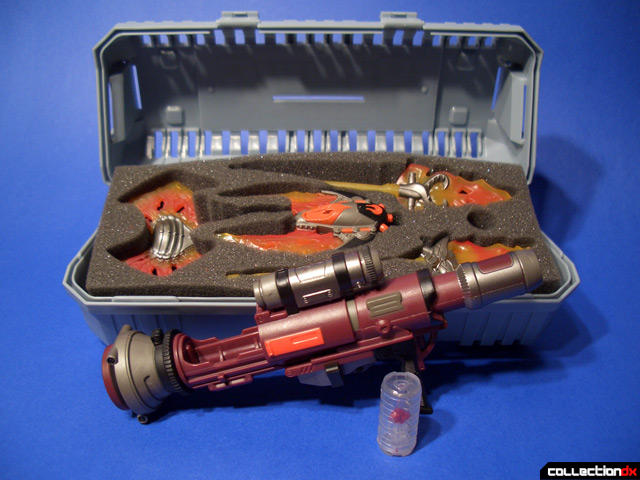 Well, mark this on the board as another winner for Hasbro in their magnificent Sigma 6 line. I really liked the last Cobra Commander but I think this one blows that away. Grab one today.