When I saw the Star Wars Transformers hitting the shelves I was a bit surprised. Never in my wildest fanboy dreams did I EVER think of mixing these two product lines. Was there overwhelming feedback from the fan base for this? 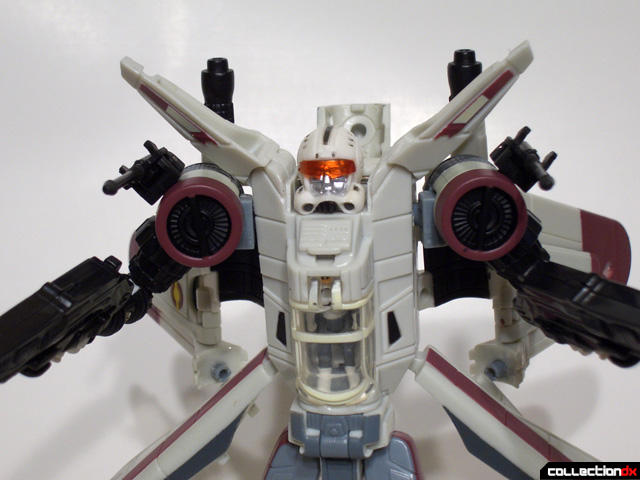 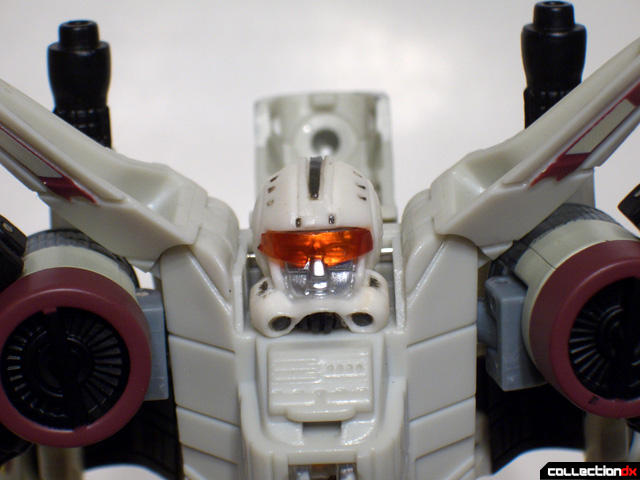 To be honest the first wave of robots where pretty clunky and did not really appeal to me on any level. But the ARC-170 starfighter looked ok in the package and the drawing of the robot looked cool so I figured I'd try one. I know, you should never purchase a transforming robot based on the drawing on the front but sometimes I still get suckered. 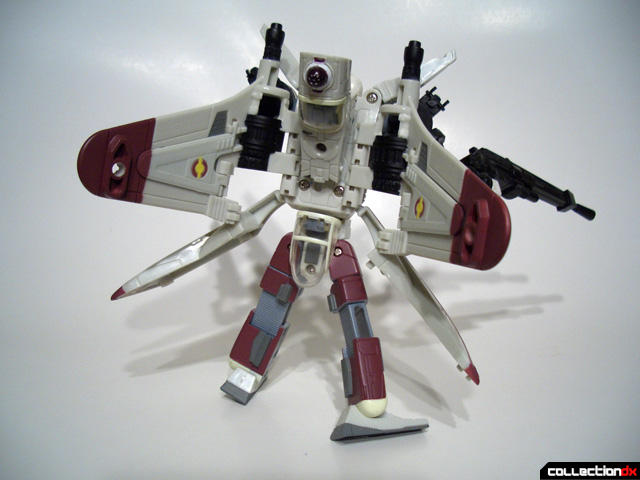 In ARC-170 starfighter mode this toy looks good. Its proportions are all fairly movie accurate, looking like it does in the films. Wing lasers fire projectiles and the cockpit opens to accommodate a small pilot figure. Details are painted on with no stickers to apply. All parts fit snugly together and transformation is fairly intuitive. 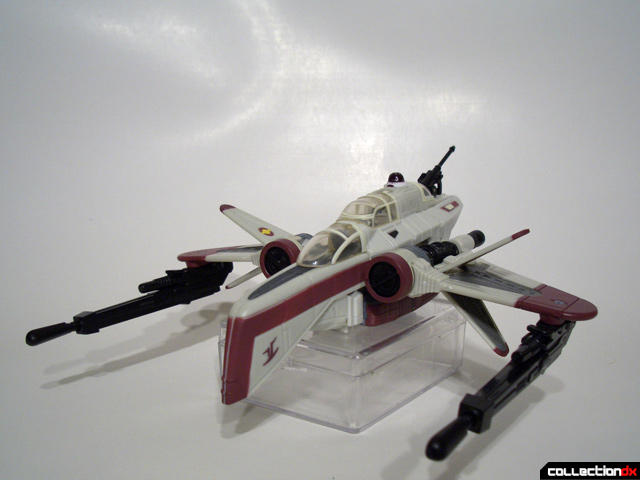 My toy had very tight parts so transformation felt like I was going to break it the first few times. However to Hasbro's credit nothing will actually break, any part that takes stress will pop off and can be placed back on instead of breaking off.

Each vehicle comes with a removable pilot. The clone pilot only has three points of articulation, bending at the waist and shoulders. The paint detail on this guy is pretty sloppy and I know that Hasbro is capable of doing much better so this especially stands out to me. 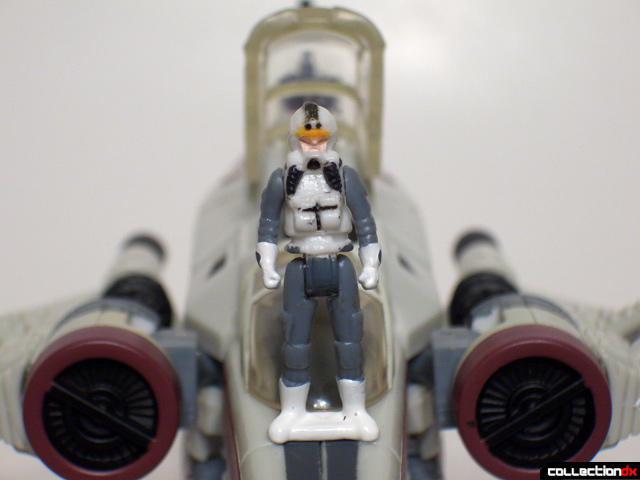 The robot is meant to look like a clone pilot and this is where it starts to fall apart. As a matter of fact this is where the whole idea seems to fall apart. Maybe if they turned into Transformer like robots instead of looking like characters from the movie I'd 'œbuy' the concept a little more? Not by much but maybe a little. 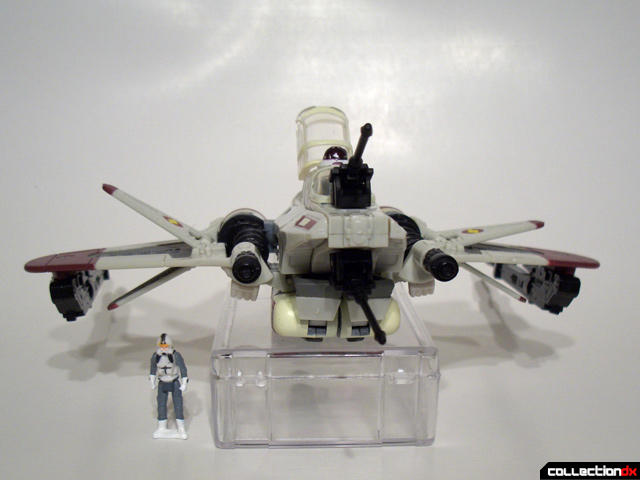 The legs are a bit too stubby but the bending knees are a nice touch and they do swivel out making for some decent stances. The arms are also especially possible but the head is static and only faces forward. If you take the time to pose this guy just right it looks good from one or two angles, but most others looks clunky. 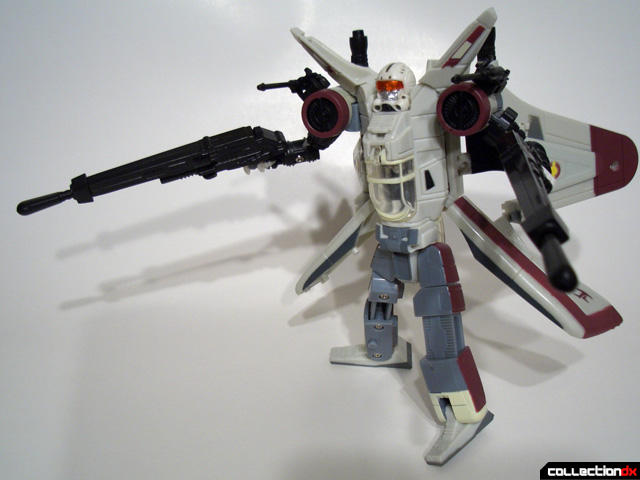 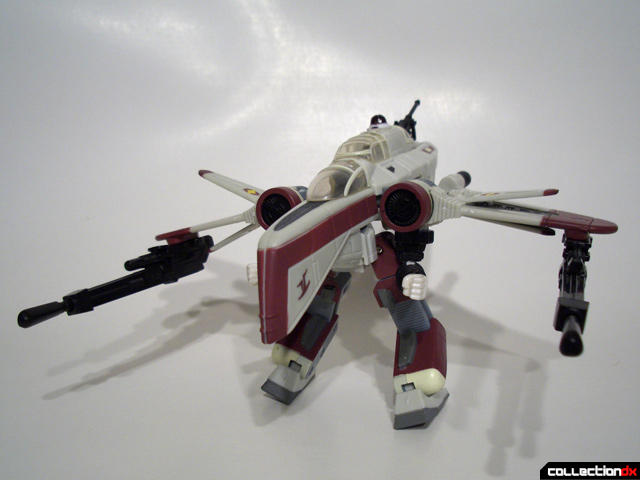 So should you spend your hard earned dollars on one of these little guys? A kid might like it but honestly the concept is just too weird and the execution is just too poorly designed to appeal to sophisticated adult collectors. The end result just feels like Hasbro mixed there two biggest toy lines to make a couple of extra bucks. I don't mind this one on my shelf but I will not be running out and buying more.

1 comment posted
No, I would waste my cash on some 2" chibi anime figure.

When I saw this at Target last night, I kinda wonder what the heck is up with this? For all who knows, Hasbro might release some star trek transformers, THEN I would start to think there insane.