The Demoness is one of Stikfas newest releases. It includes one Beta Female body type, devil themed accessories and a sticker sheet to add detail or whimsy to your figures. I did not decorate mine as I like the blank neutral look of the figures without the stickers. 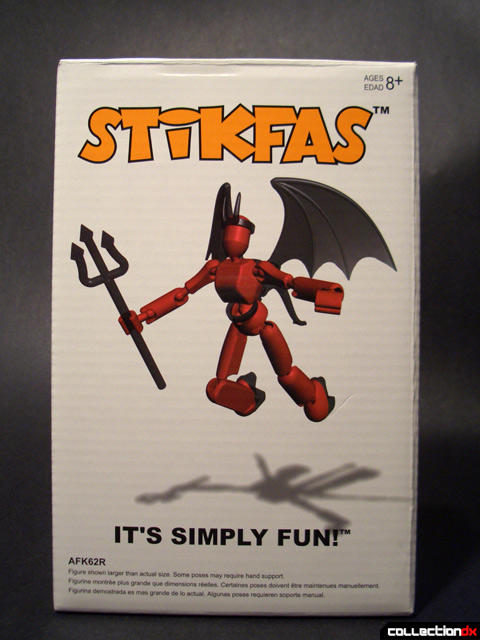 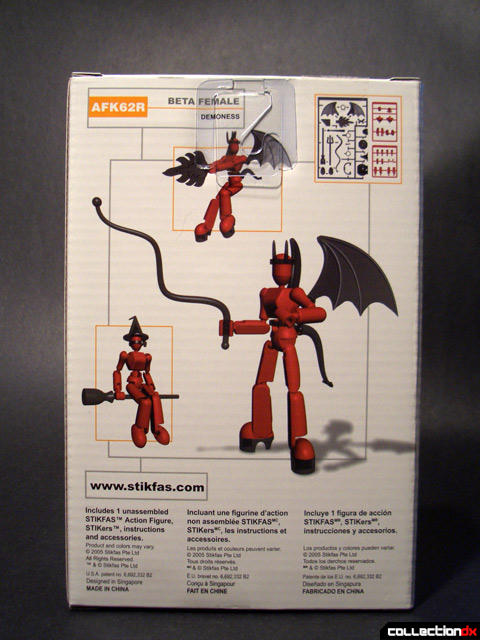 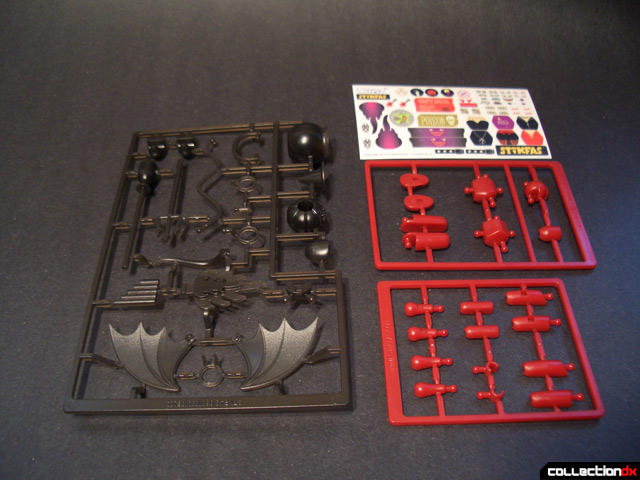 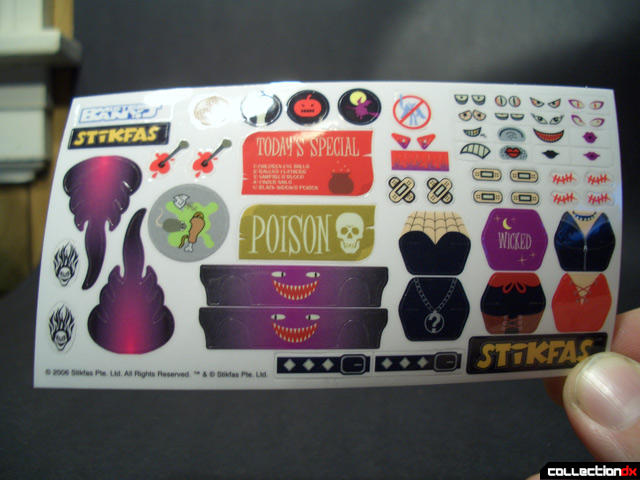 The included accessories also allow you to not only decorate as a devil but as a witch as well, it’s almost two different figures in one. So in the off chance you where dying to get your hands on a witch-themed Stikfas figure look no further than the Demoness. 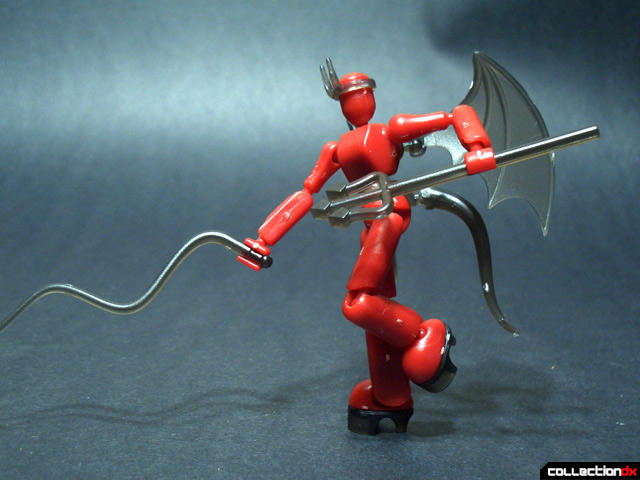 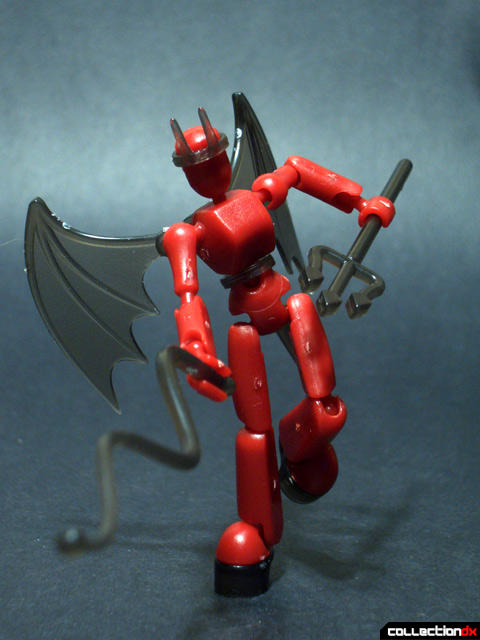 As with all Stikfas assembly is required but that really is half the fun. You will need a hobby knife or cutters to get the parts off the trees without leaving nubs all over the figure. Assembly was straight forward and a diagram is included to show you which parts go where. The figure came with extra parts which apparently are included for mix and match with other Stikfas figures. 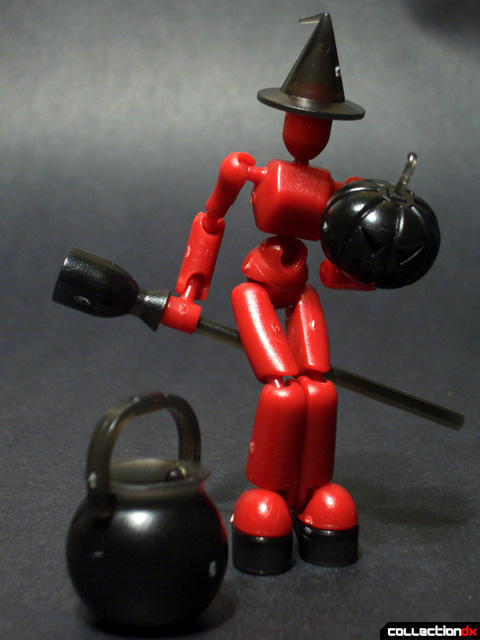 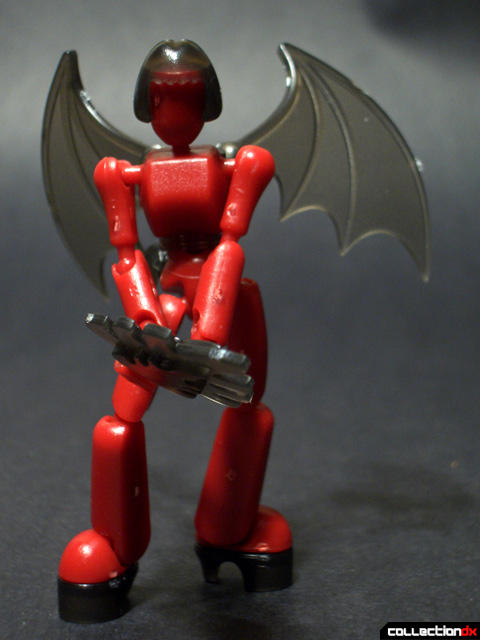 The joints are nice and tight and the figure is extremely possible allowing for all sorts of poses. My only real complaint is that the tail is on a ring that sits around the waist like a belt which doesn’t allow for a lot of posing of the tail as it slides to the side of the figure if you pose it in any stance other than standing upright. 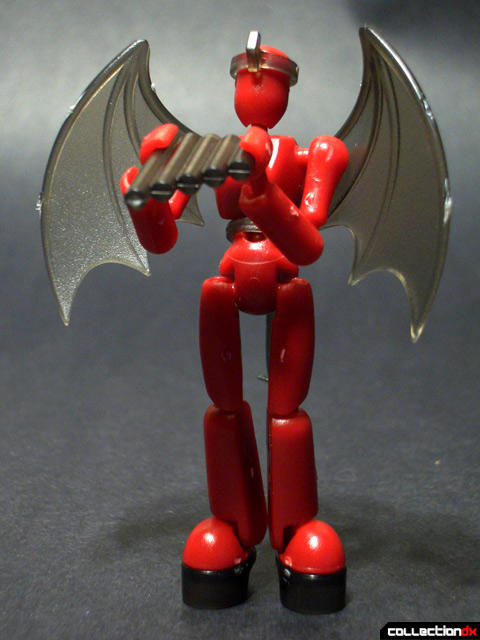 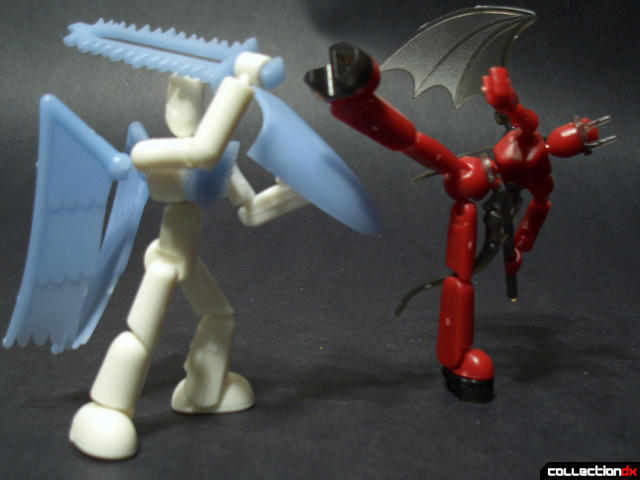 At $10 the Demoness is a win. Combine this with the Alpha Male Archangel and you have the ultimate battle of good vs. evil right on your own desk. These guys are a lot of fun and I can not encourage you enough to check out your local retailer for some of these figures. They have dozens of themes you are bound to find one you like.