This was the first figure I noticed looking at the DICE line. While I laughed at the fact that a robot series actually had a character with the same name as me, my attention went towards getting Jet. After how much I liked the first one I went back to the local TRU and grabbed this one on a quick sweep. I wasn't as fortunate though to find him packaged without his vehicle: the Hoverptera. 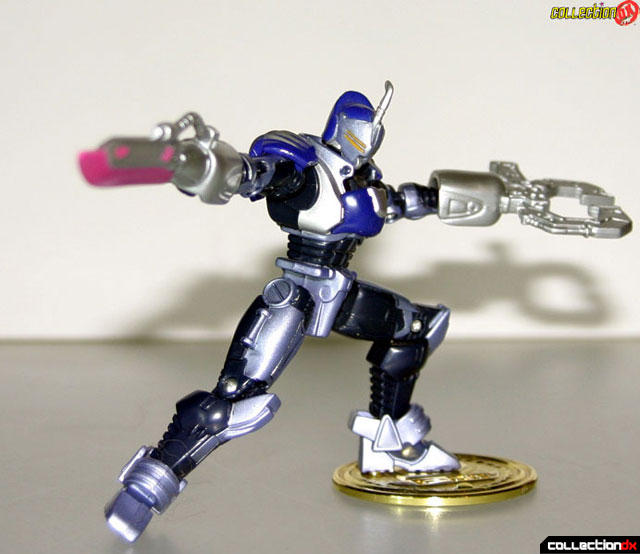 Robert Clapice: This pretty boy pilot of the Hoverptera is always concerned about his looks. As the pilot of the only Dinobreaker that can fly, Robert is often on the frontlines to scout out the situation. Though Robert and Jet compete over everything, the also make the best partners of the F-99 team. 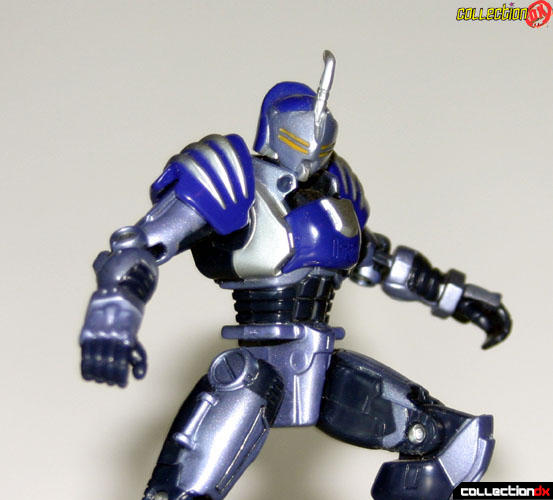 While his bio is nothing like me, the figure shares the same limb components as Jet. The mold is changed to sport a more chrome purple/blue scheme. The different parts consist of the head, the shoulder armor and the chest plate. Other parts included that are not the same as any other figure are of course the weapons. Even though they are different, the new parts used make the figure look like the polar opposite of Jet's Gild suit. 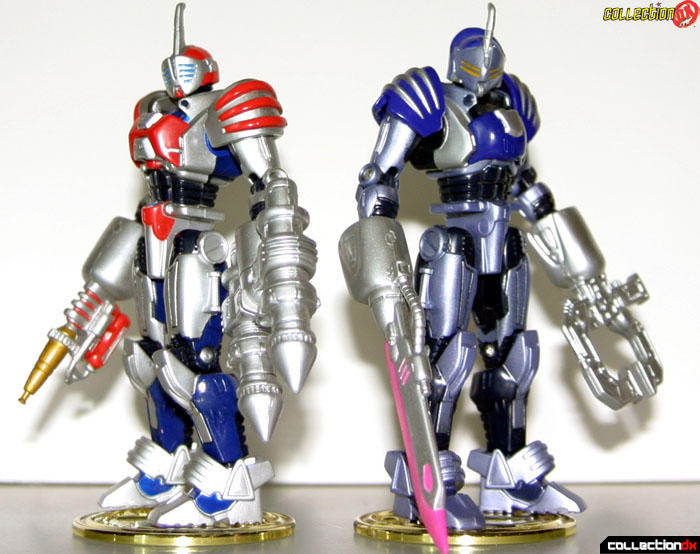 The weapons included are more distinguishable than Jets as well; a beam sword and a claw tool. Each fit over the hands like a glove and stays relatively snug. Posing with them is not a problem because they lack the weight as some weapons in soft ABS tend to have. 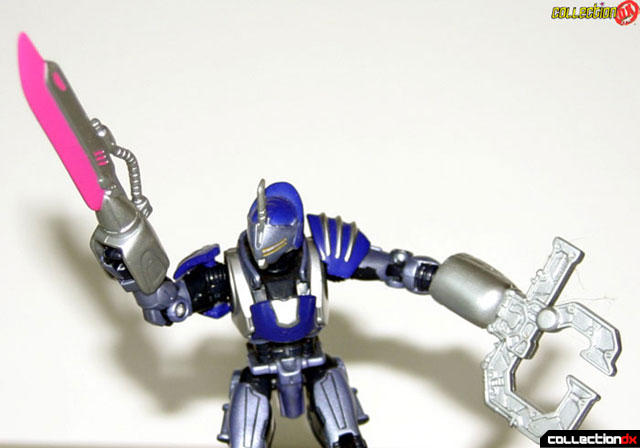 Once again the downer to such a nice figure is the separation between it and its required accessory. 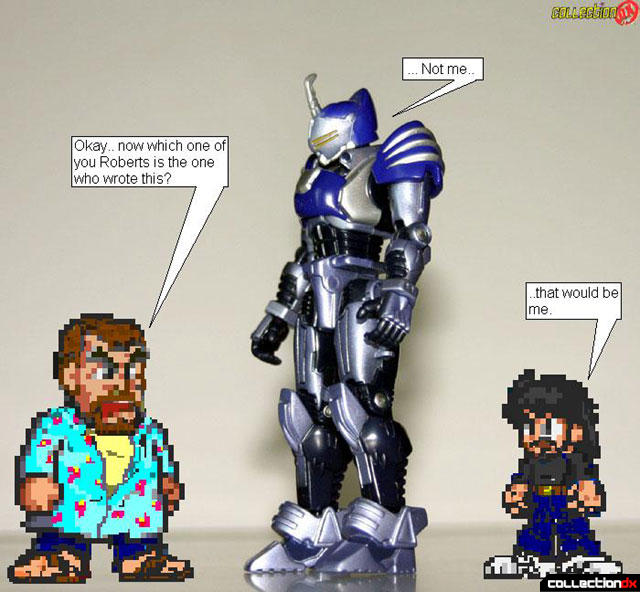