The Huckebein MKII is not just a Gundam want to be. Its actually its own character from the wildly popular videogame and anime OAV series franchise know as, Super Robot Wars: Original Generation. It may be its own Character, but its roots are all Gundam right down to the Core Fighter. After you read my review and look at the pictures, you will see how the Uni-five 1/144 Huckebein MKII chogokin is so similar to the much loved Gundam.

Let's start off with the box...

As you can clearly see below, the box is quite dark. The packaging's darkness matches really well with the Huckebein's dark blue color scheme. No happy light Gundam colors here! 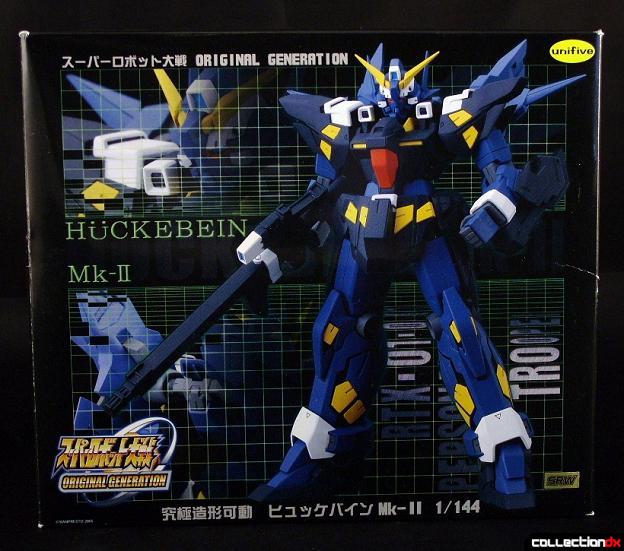 Inside the box you will find a plastic tray containing the Huckebein and its many accessories (tray not shown). Huckebein stands about 6" tall, made up of PVC, ABS, and of course diecast metal goodness. the diecast is primarily found in the lower legs and the torso, giving the figure a nice solid feel. 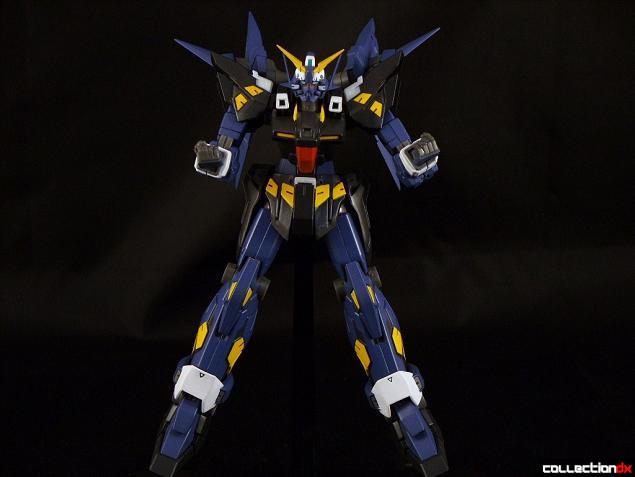 The first accessories shown is the translucent plastic beam saber and the included stand which allows flight poses. Very Gundam-ish huh? You will need that stand because when posing the figure and adjusting it's feet....well.....lets just say that the feet tend to fall off. 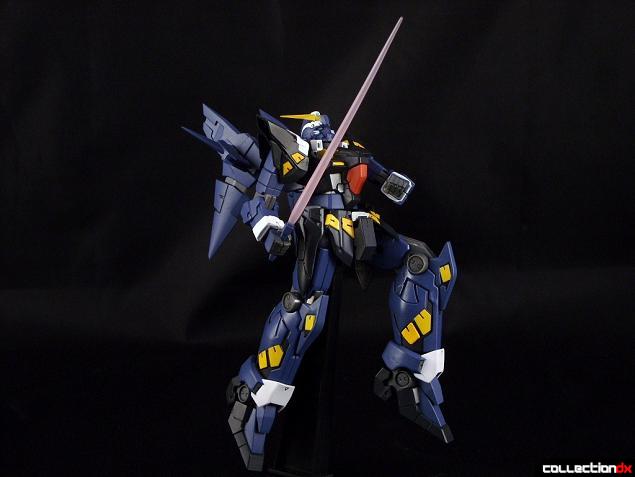 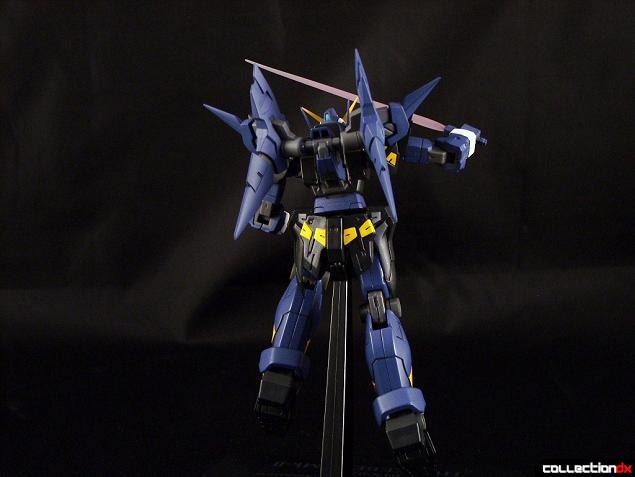 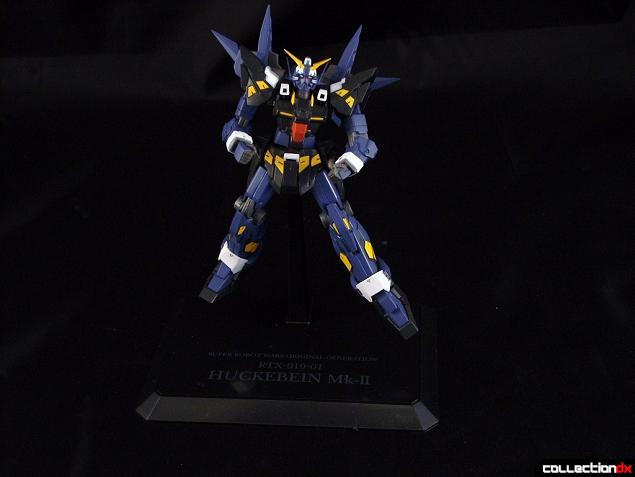 The next weapon shown is Huckebein’s rotor blade. The weapon mounts flimsily to the right forearm. The weapon can open and the disk is removable but that's about the extent of it. Also included is a deployed disk with its blades extended. Why? I guess its a nice detail. 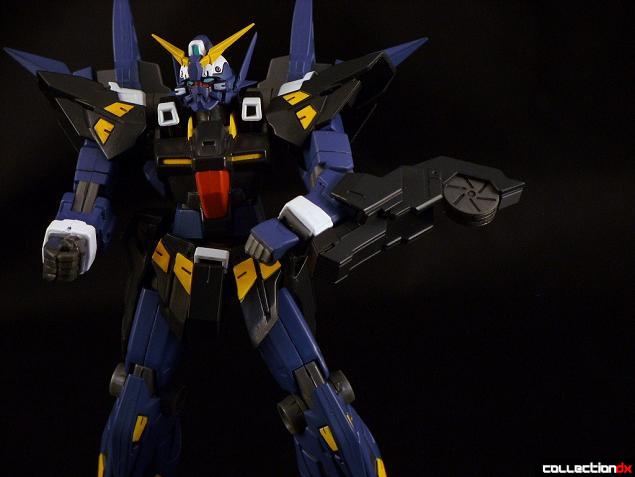 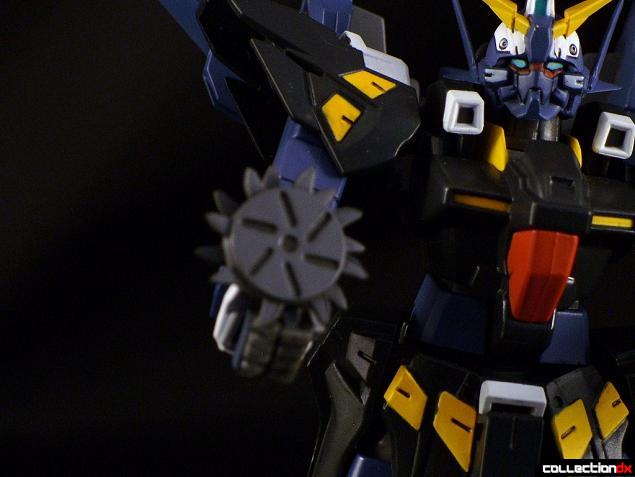 The next 3 pictures show Huckebein's rifle and the figures decent poseability. The trigger hand is permanently attached to the rifle requiring removal and replacement of the hand to utilize the rifle. 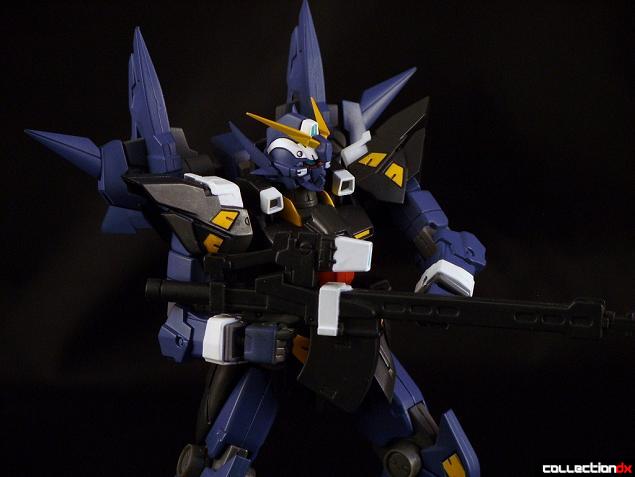 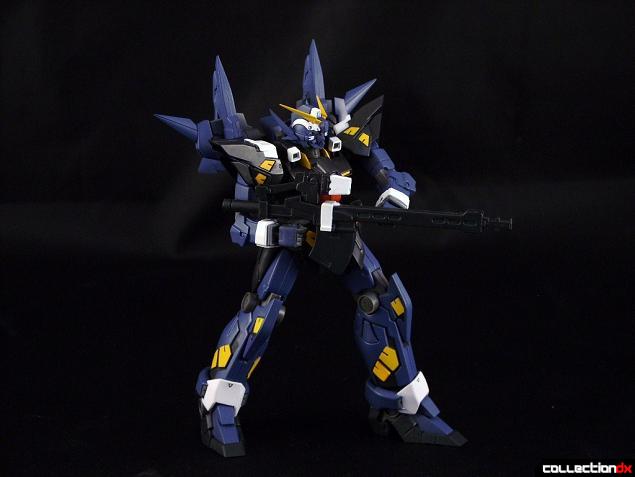 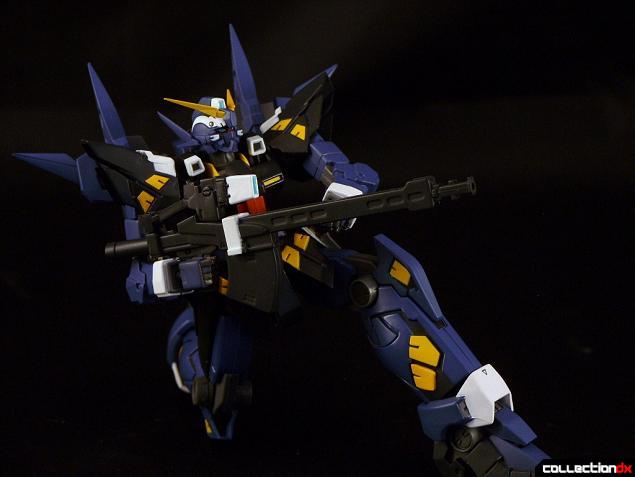 Another gun included is Huckebein's Buster Cannon. The cannon has permanently attached hands like the above rifle. The cannon also has a third mounting point in Huckebein's crotch area. It just looks kinda phallic if you ask me. 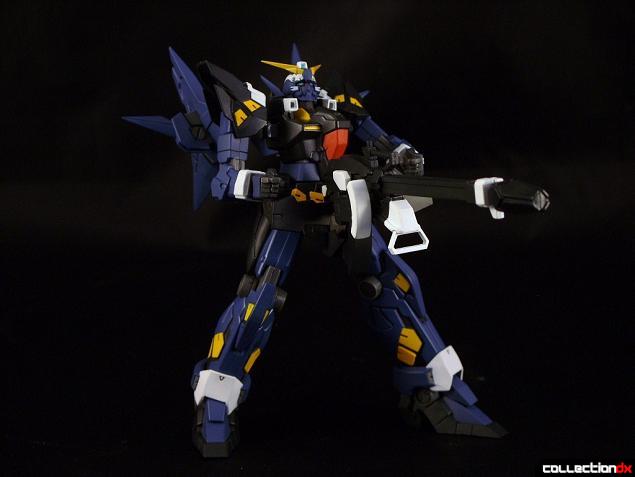 The last accessory include is the core fighter. The fighter is very detailed, unfortunately it is not able to mount in Huckebein's torso, making a stand alone, and rather pointless accessory. 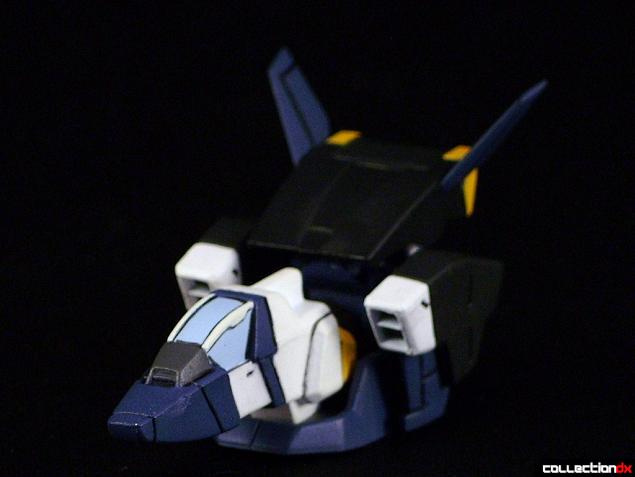 In conclusion, I feel even with its above mentioned flaws, Huckebein MKII is still a decent pseudo Gokin figure for the meager $35 that I paid for it. Even if it is sorta a Gundam MSIA copy!

Nice Gundam-wannabe and nice review, I'd like to suggest though that even if it is commonly known that black background is cool, it's also not very efficient when used with darker toys, the edges of the figure seem to fade away somewhere and the toy blends in too much.

I totally agree with you Wallas. It was just an experiment that kinda backfired. Ah well, if you don't take a chance, you'll never know.

Thanks for the review man :)

looks a very decent toy with a fine price!

oh yeah,what kind of attachemnt does it have for the hands? ball joints?

Your very welcome! The figure has ball jointed hands that con pop on or of with relative ease.
-Dan
CollectionDX LLC
Vice President/Co-Owner