Hipporito-Seijin (ヒッポリト星人) must have been one powerful kaiju (actually, "chohjuh", or "Super Beast"). In episode 26 of the Ultraman Ace series (which ran for 52 episodes from April 7, 1972 to March 30, 1973 on the Tokyo Broadcasting System) he managed to defeat each of the Five Ultra Brothers (Ultraman, Ultraman Ace, Ultraman Zoffy, Ultraman Jack and UltraSeven), by turning them all into statues. It wasn't until the next episode when Ultraman Father managed to come by and save them that he was defeated. Yep, it took six different Ultras to bring this guy down!! 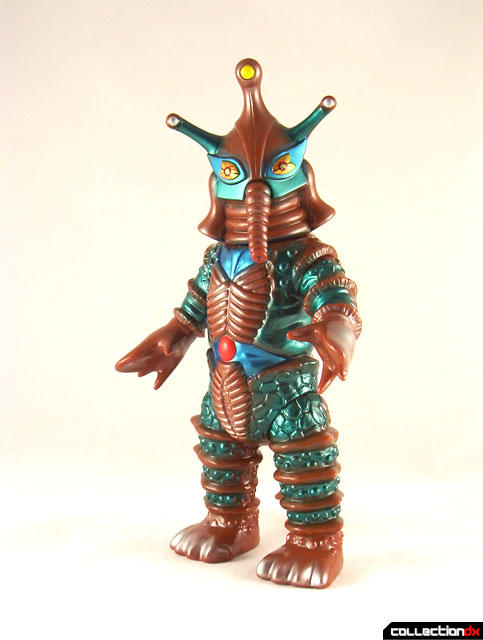 But 2005 saw him come back in style, in the form of a new exclusive vinyl from Japanese toy makers M1-Go. The toy was sold as an exclusive at HMV in Japan in conjunction with the release of the Ultraman Ace DVD box set. It's unfortunate that it was such a limited release because with this toy, M1, who already has a history of very high quality releases, may have topped themselves. The sculpt on the toy is magnificent and is based on the old Bullmark style, even though there was no original Bullmark Hipporito toy. There is even a Bullmark logo on the right foot, in addition to the M1 one on the left. 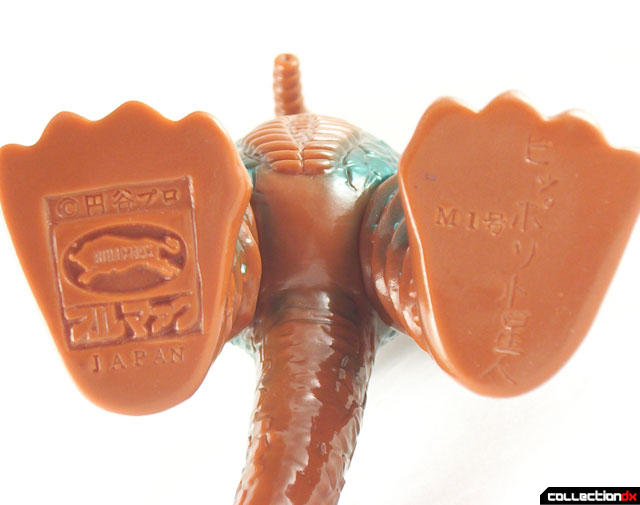 The paint on the toy is once again breathtaking, with a metallic green and blue on top of the brown molded vinyl. Silver highlights accent the hands, feet and spikes on the tail. Silver, yellow and red are used to color in the circles on the stomach and horns. The red and black details on top of the gold of the eyes makes for a truly fantastic look. 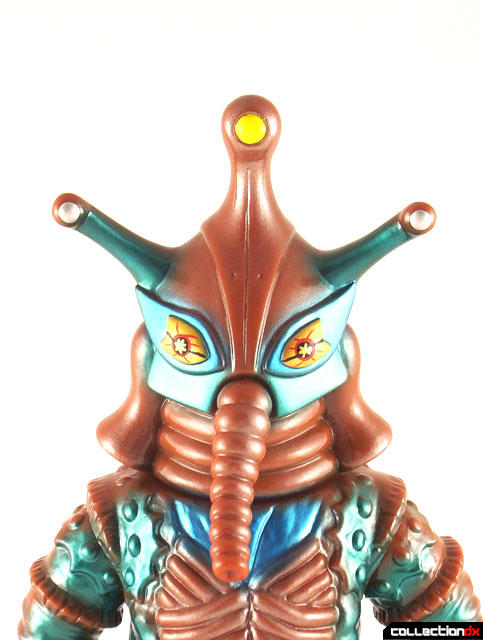 But what everyone talks about when discussing this toy is the gimmick that sets it apart from all the previous releases from M1.....the magnets! Yes, the toy features a magnet inside the left hand. Why you ask? Well, to show off the vanguished Ultraman Ace, that's why! The toy comes with a mini vinyl of Ultraman Ace (with another magnet inside the back) that can be placed into and removed from the hand of Hipporito at will, while staying secured via the magnets. Unfortunately, only the left hand has this feature. 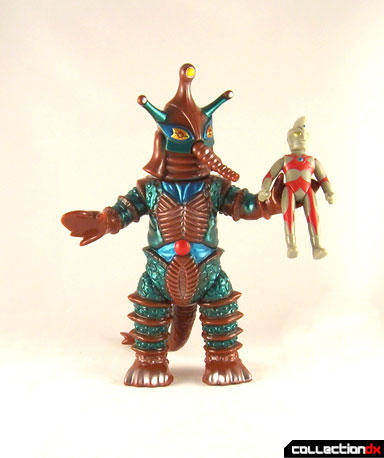 Though this is a new thing for M1, the concept has in fact been used before. Bullmark made several vinyl kaiju toys in the 1970s that had a magnet in the hands and came with little cars that they could hold. This may not be well known, since most of the cars for these toys are long lost.

Since Hipporito managed to vanquish 5 different Ultramen, I'm a bit surprised that M1 hasn't re-released this toy with mini-vinyls of the other Ultras from the episode. I'm usually not a huge fan of many, slightly different releases of the same toy, but it would be in keeping with the spirit of the show, as well as giving more people the opportunity to own a great toy. Since being released, this toy's demand is definitely outweighing the supply. $5 deposit online casino nz

Hipporito-Seijin stands approximately 9.5" tall and is articulated at the hips, shoulders, neck and trunk. Yes, you can move his nose back and forth if you choose. Unfortunately, the tail is molded in place and cannot be moved. This generally isn't a big deal until you need to squeese him into a shelf full of other toys. Sometimes moving the tail an inch or two to either side can make the difference in whether or not you are able to position him exactly where you want to.

Both toys come together packaged in the traditional bag and header card. 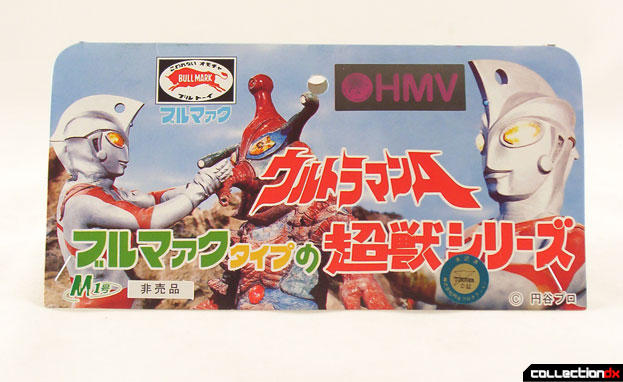 If you are at all a fan of vinyl kaiju, this piece is a must-own. But don't take my word for it, just ask Yuji Nishimura of M1. He and his colleagues have sure created something here that they can be, and obviously are, proud of.

(Thanks to Roger Harkavy for the pic of Yuji and Hipporito!)

BREAKING NEWS! I've just been informed by Roger that there will indeed be a second release of this toy at the Kodomo no Zidaikan museum in Niigata, Japan later sometime this month. This release will retail for 6,000 yen and be limited to 100 pieces. The only difference will be that the green and blue painted areas will be reversed and the brown replaced with red! 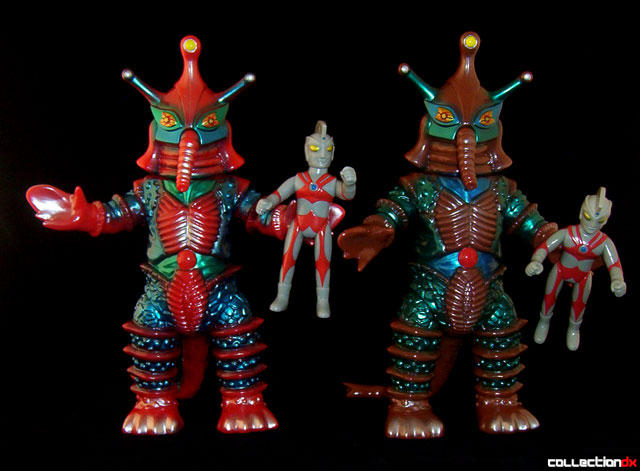