The 5.11 Tactical Freedom Fighter is a 1:6 scale figure by Merit Intl. Normally I don’t collect this sort of thing, mainly due to the lack of firing fists. But when the package arrived from UniToyZone, and I finally had a chance to check it out, it is actually a really cool toy. I can see how there is a whole community for these 1:6 figures. The attention to detail is astounding. 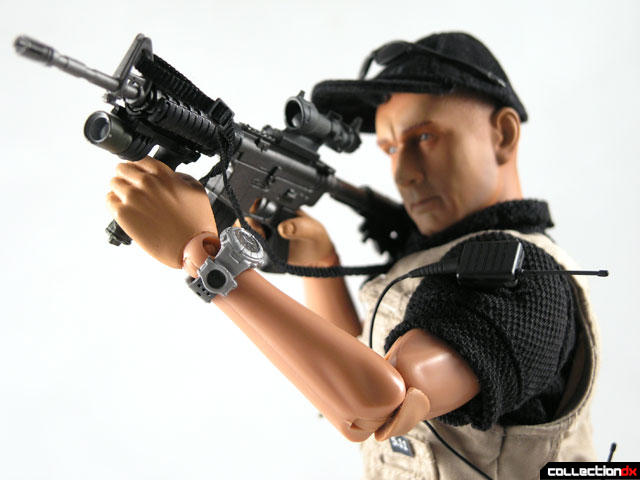 5.11 Tactical, Inc is a company which produces tactical gear for law enforcement. You can get to know more by going to http://www.511tactical.com/ 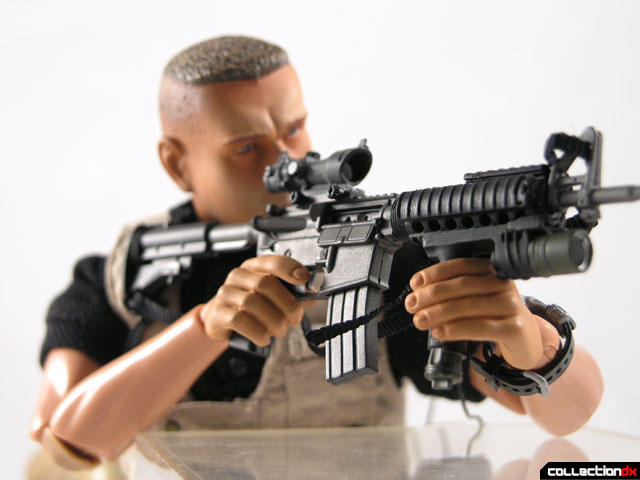 The accessories that come with this figure are astounding. The cap is real cloth and is fitted to the figures head. The M9 Beretta is actually made out of die-cast metal, and has a removable magazine. The magazine has removable bullets – although I don’t recommend trying to pry them out – I almost lost mine.

The M-4 light machine gun is a work of art in itself, with a telescoping gun butt, a real, adjustable fabric strap, and removable magazine. One small problem I had was that the magazine did not like to stay in the gun, and fell out a few times while posing it.

The radio is 2 separate units connected by a wire. The smaller unit attaches to a pocket in the left shoulder via a small clip, and you can place the larger unit in any one of the numerous pockets. Even the watch is realistic – it has an adjustable strap and even a small loop to keep the strap secured. I’m surprised the damn thing doesn’t tell time! 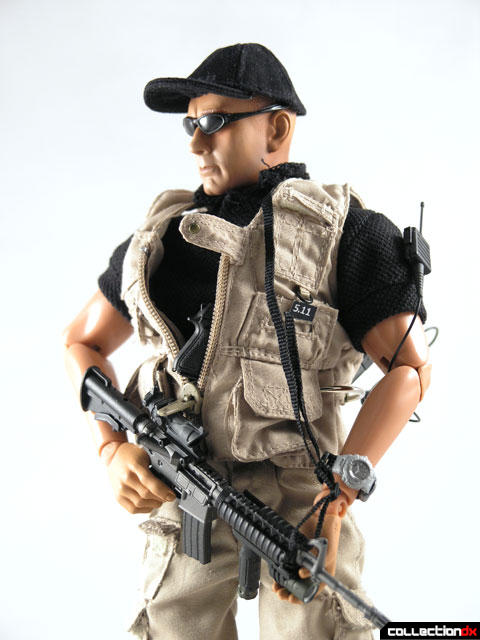 One thing I am not used to with the toys I normally review is fabric. This figure blew me away with the quality of the garments. The 5.11 tactical vest and pants look just like the real thing, except for the zippers. If this figure were scaled up to real life, the zipper pull on the vest would be 6 inches long! I guess they haven’t figured out how to get those small enough yet. Each pocket opens and secures with either Velcro or a snap. You can place the figure's accessories in the pockets for storage when not in use. On the box there are photos of the actual pants and vest manufactured by 5.11 – I was a little confused by this at first, because the photos show the vest filled with accessories such has handcuffs. I thought these accessories were included with the toy but they were not. 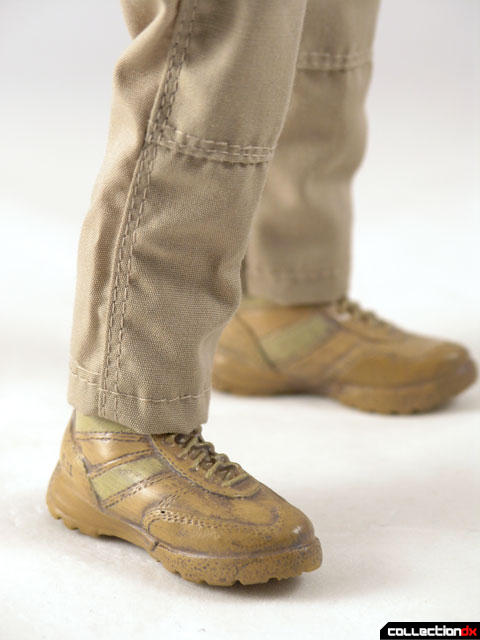 The boots are made out of rubber and are one piece (no laces), but you would never know it just by looking at them. The paint detail and molding are very sharp, giving these boots a realistic feel.

As for the figure itself, it seems to be pretty much standard 1:6 figure fare – extreme articulation all over the figure including double jointed knees and elbows. The head is so lifelike it is almost creepy. It definitely crosses into the “Uncanny Valley”. In fact, to me the face looks a bit like Robert Patrick, from Terminator 2 and X-Files. 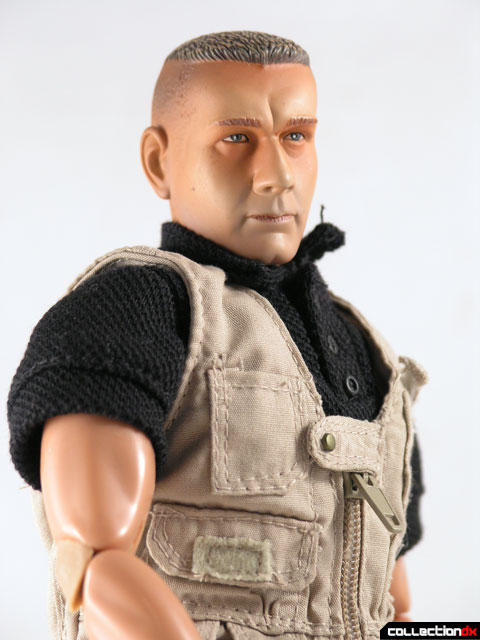 The stand comes in 2 parts and requires assembly. The base has the figure’s information printed on it. An extensible set of metal gripper attaches to the figure’s waist to secure it to the stand.

Finally, the figure comes packed in an attractive window box. All the accessories are packed into a clear plastic tray, secured with tape and twist-ties. I found it odd that the distributor (and I assume the manufacturer?) Merit International, is not mentioned anywhere on the box or on the toy.

In all, I think the figure is a nice addition to my collection. It’s a definite contrast to all the cold metal of the robot figures I have, but it is fun to pick up and pose.

You can find the 5.11 Tactical Freedom Fighter (along with other great figures) at UniToyZone.