In addition to the transformable VF-1s, Kaiyodo included an articulated version of the popular fighter. 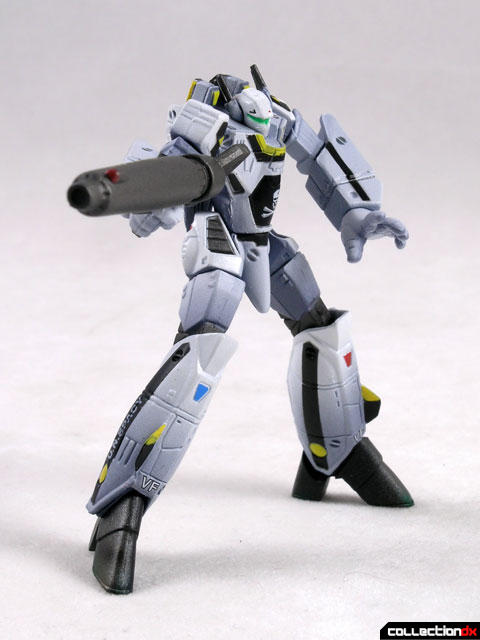 This figure, unlike the other two articulated figures, requires some assembly. Once together, you have a remarkable, fully-articulated action figure. Katsuhisa Yamaguchi’s sculpt is very anime-influenced; opting for dynamic details instead of mechanical realism. 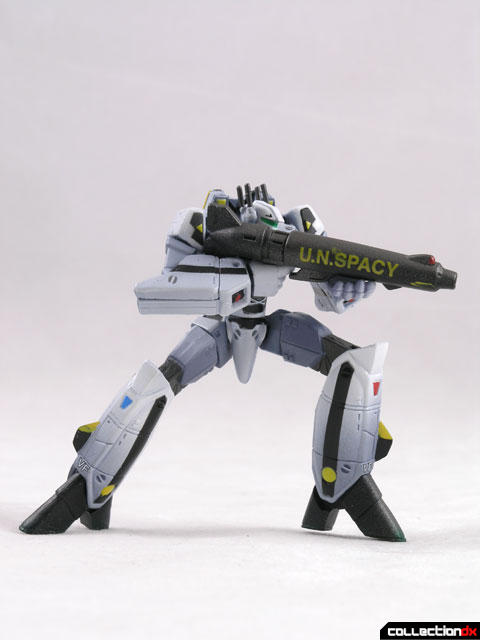 The figure has 16 points of articulaton and can pull off a variety of dynamic poses, including the elusive kneeling pose. There really is an outstanding array of motion here. 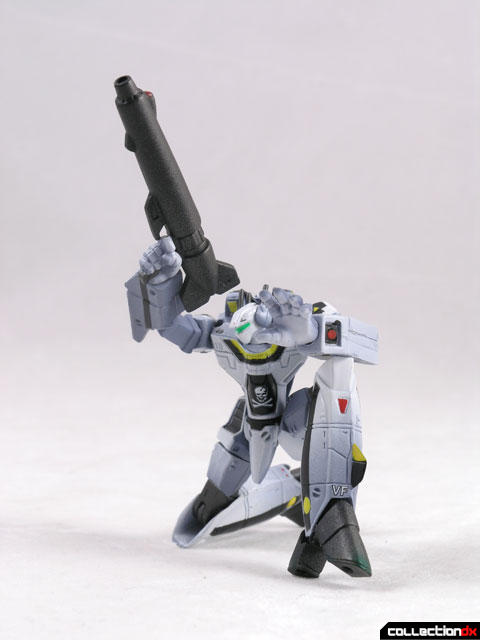 Included with this figure is a set of extra hands and a gun. The gun is permanently attached to one of the hands. The gun seems comically oversized, but it works in the context of the animated design. 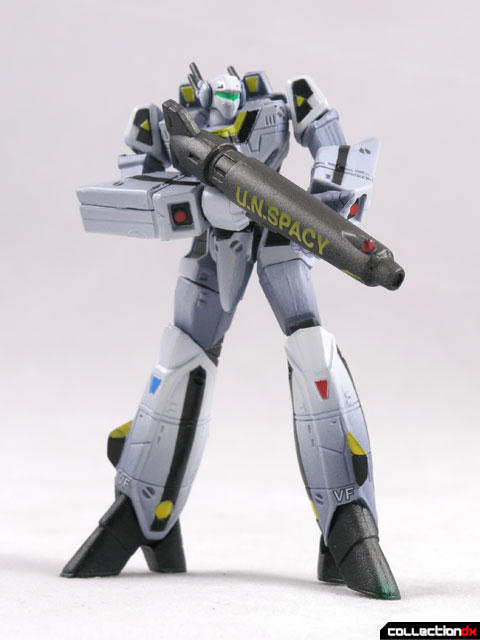 The VF-1S is made entirely out of ABS and stands about 2.5 inches tall. It is really a marvel of engineering, and it makes me wish Kaiyodo would continue the line. 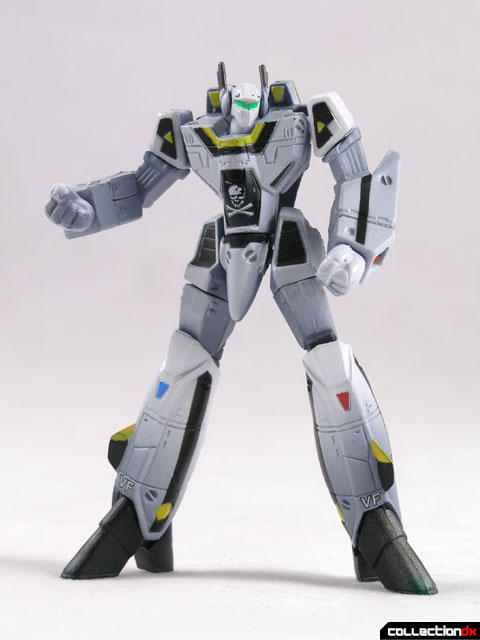 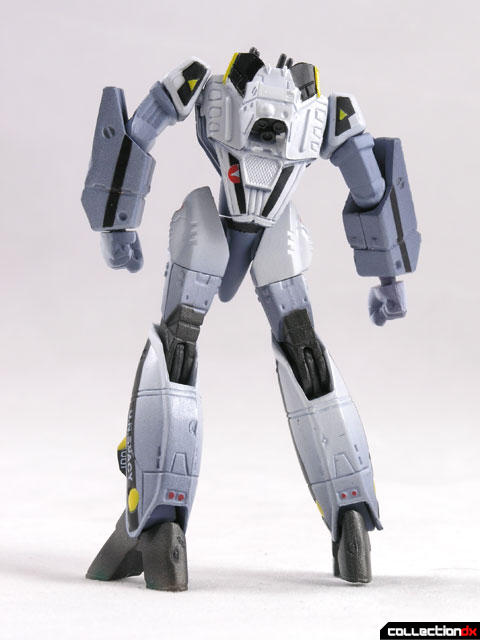