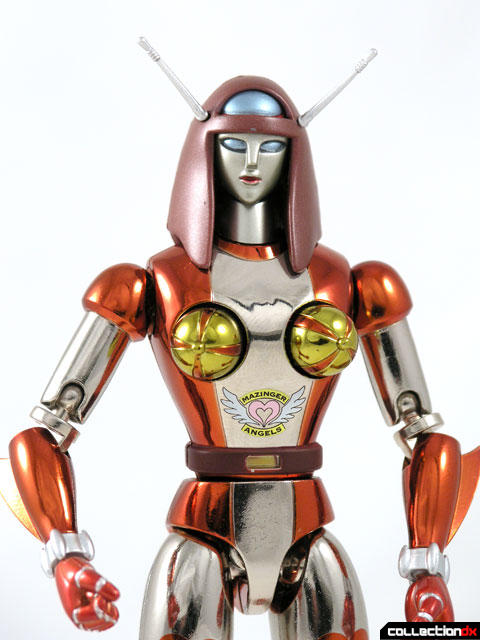 Venus A is one of the better entries into the Mazinger Angels series. It's actually not as good as the original, but it makes up for it a bit with some additional accessories. 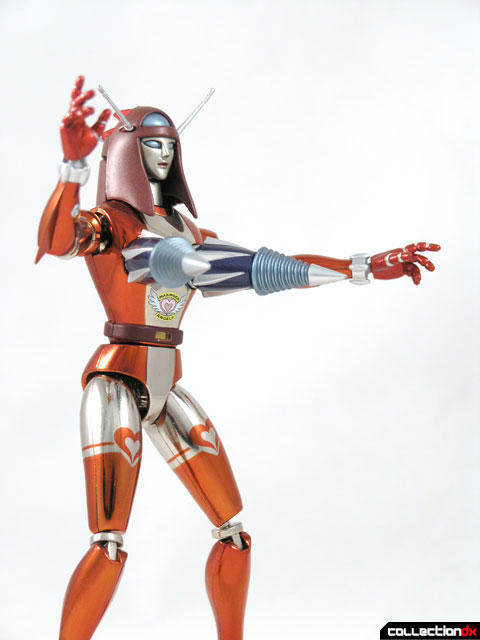 The two O.P.M. included are the Drill Pressure Missiles, and the Venus Typhoon Missiles. Both shoot from the chest, as well as the regular and "empty" oppai missiles. You have to attach the 2 antennae and insert the small Queenstar ship into Venus A's head. Be careful with those antennae, if you lose them, there are no replacements.

The sword is kind of cool, but it is not made of metal. Venus A can hold the sword in either hand, and the stand has a place for it when not in use. 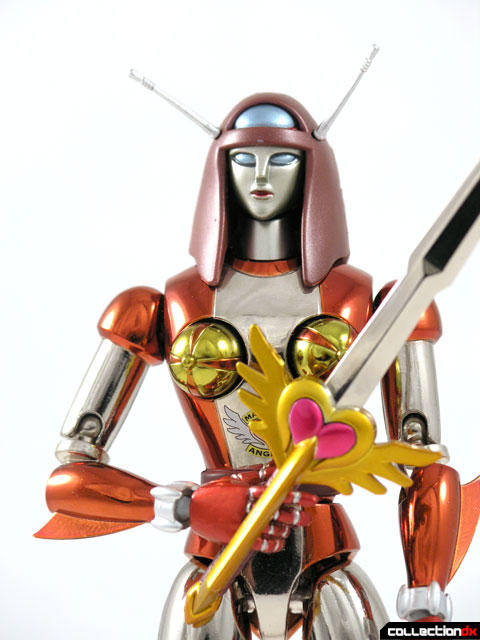 The Hong Kong version of this toy came with a special premium, a metal compact. It's a clamshell case with a mirror for doing makeup. The Mazinger Angel logo is on the outside, while Venus A's head is embossed inside.

One thing that was kind of a letdown with this figure is the lack of a scrander. That made the original figure really spectacular. But the design of Venus A is nice and sleek that it doesn't really suffer too much without it. Still, I prefer the original design. 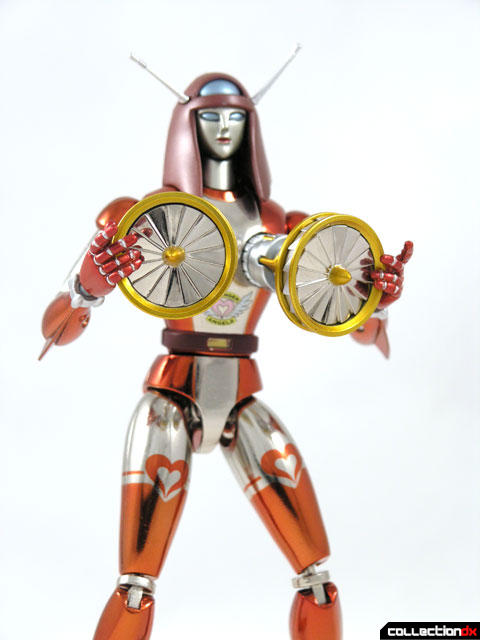 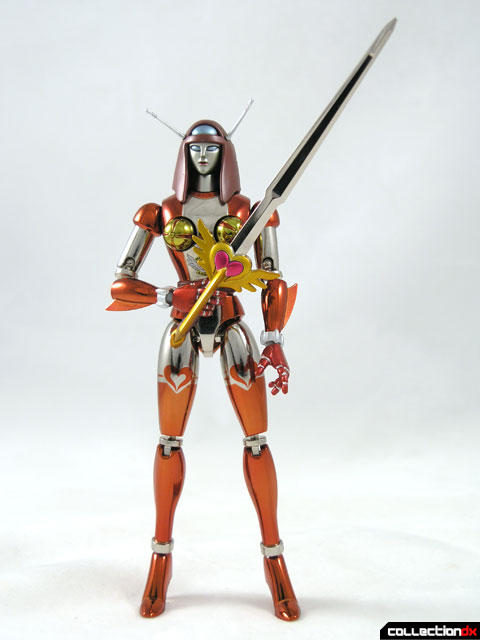 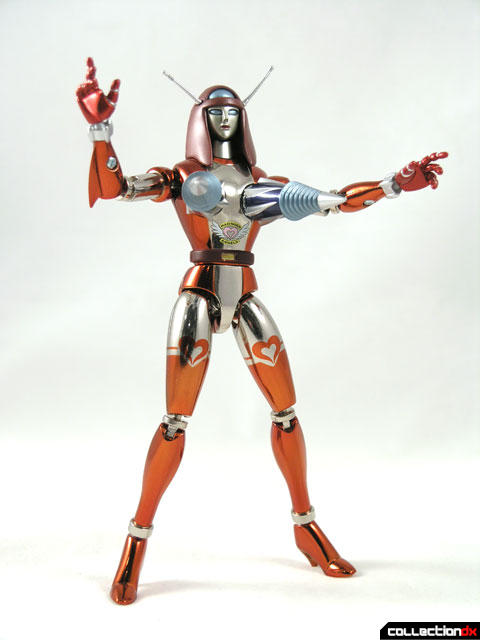 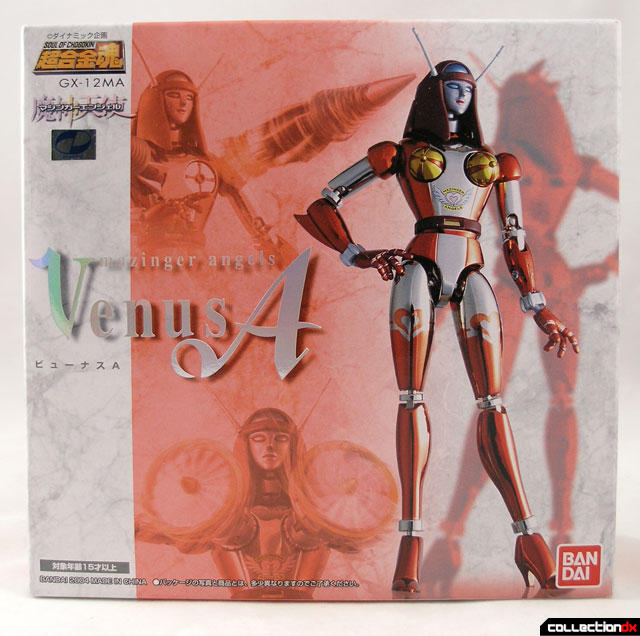 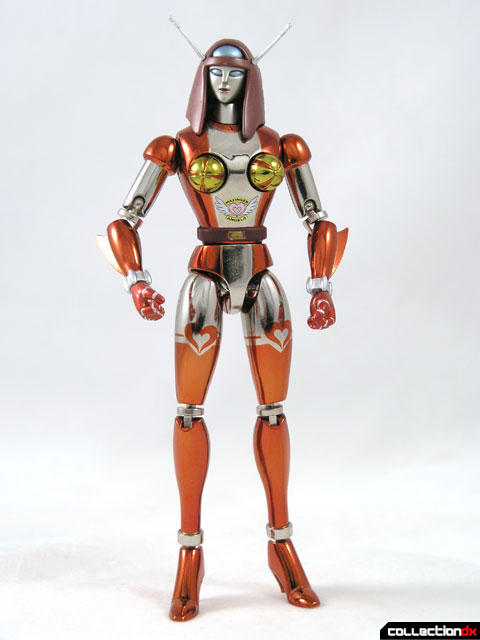 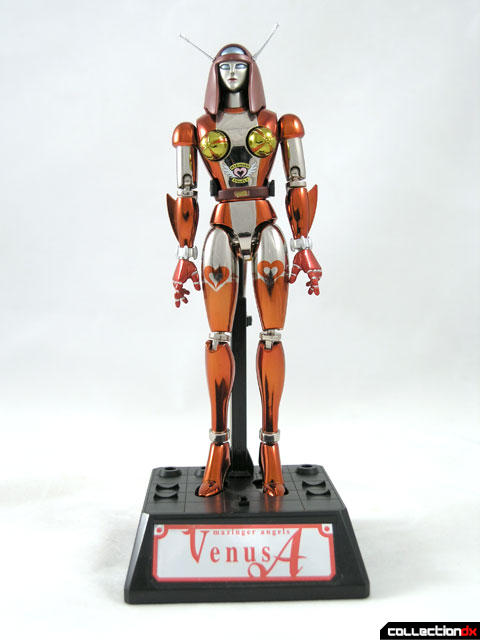 You can't look on the Drill Pressure Missiles and not automatically mentally name them "titty twister missiles" you just can't not do it.