Tyrant (タイラント) is a character in the Ultraman Villain Series of Ultra Kaiju. He appears in the 40th episode of Ultraman Taro (ウルトラマンタロウ) TV series, which aired from April 6, 1973 to April 5, 1974 and lasted 53 episodes. In episode 40, Tyrant defeats the 5 Ultra Brothers. 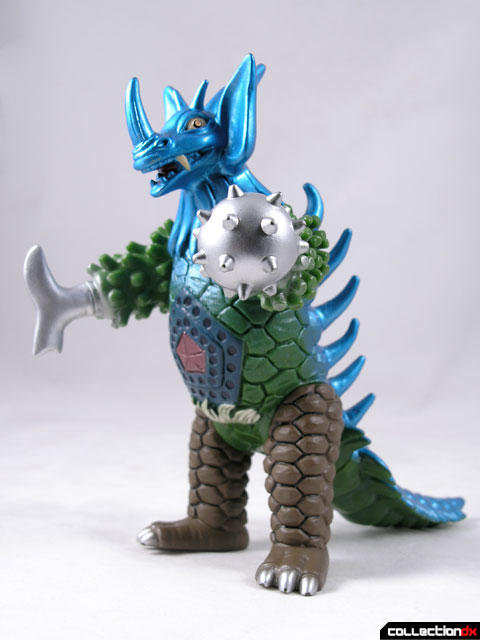 Tyrant is your standard cheapie Ultra Kaiju. Made out of soft vinyl, these things are very cheap and often found by the dozens in any large Japanese toy retailer. The toy comes with a hanging tag that features photos of the character in the show. 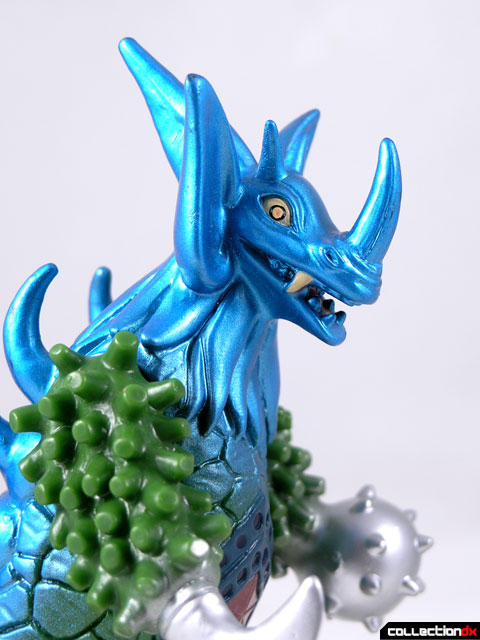 If I lived in Japan, my apartment would be littered with these things. for what you pay for them, they are an amazing value. All those high-dollar bullmark vinyls from the 70s? They started out like toys like this. FOR KIDS. 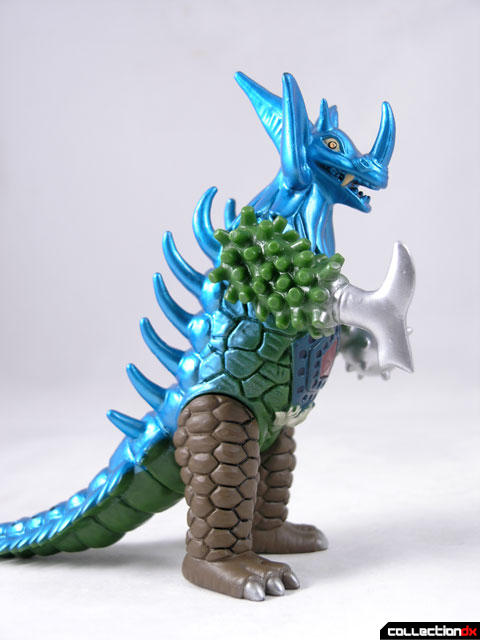 The sculpt is nice enough, and there is little articulation - just the arms and legs. This toy is perfect for little kids, or for dogs who want to use it as a chew toy. Recommended for ages 3 and up. 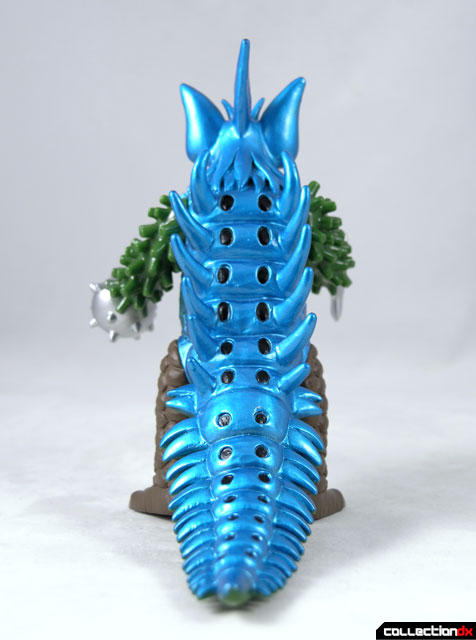 Here are some shots of the displays that you can find this toy in. Can you spot it? 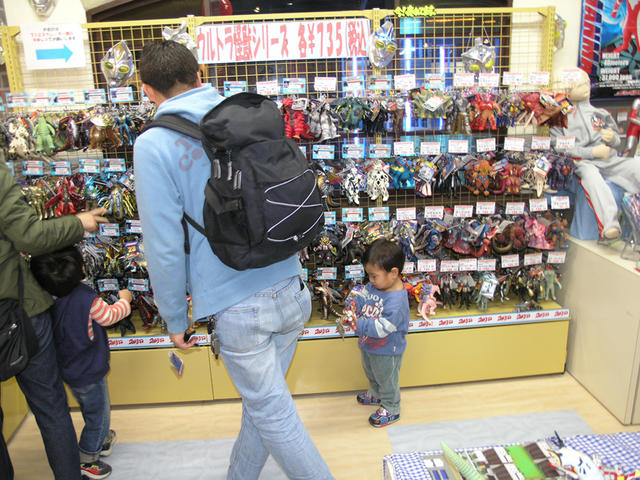 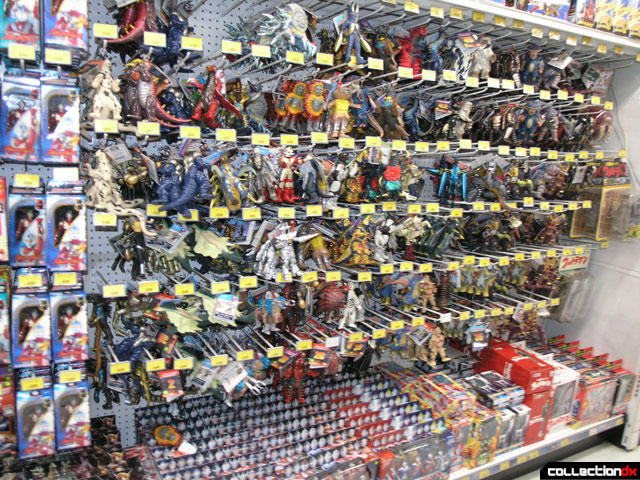 Ultra Kaiju at the Toys R Us in Ikebukuro