Opinion seems to be divided on Yamato's Ideon. Whether or not you like it will probably depend on two factors. The first is whether or not you really like the design of the character, which I do. The second is what you like your toys to do. If you want them to simply look good, this one is a surefire winner. But if you prefer gimmicks and accessories, look elsewhere. 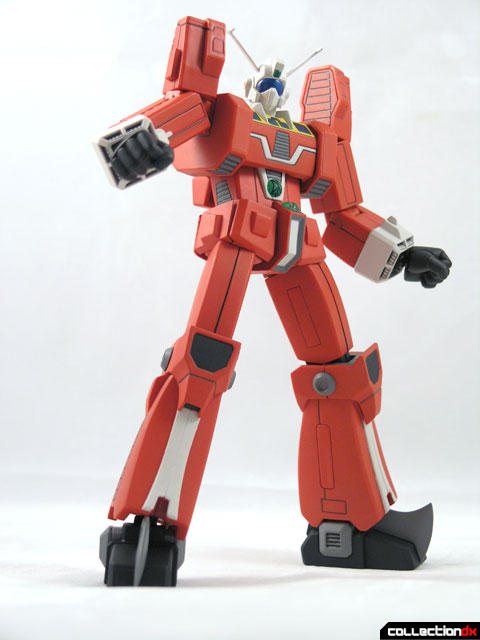 The design of the toy is fantastic in my opinion offering both a very accurate portrayal of the character as well as tremendous articulation. 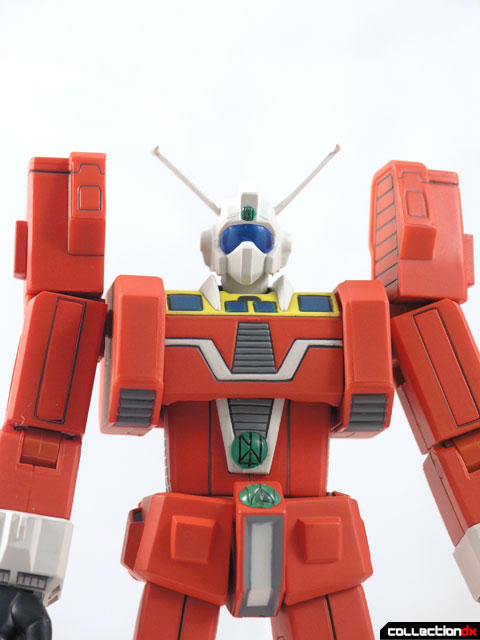 I honestly can't think of another toy I have that can be posed in as many ways as this one while still looking good and maintaining it's balance. Furthermore, Ideon really feels like something that was made to be played with. Not that I would, but if I decided to throw this toy across the room, I'm pretty confident it would be able to take the abuse. 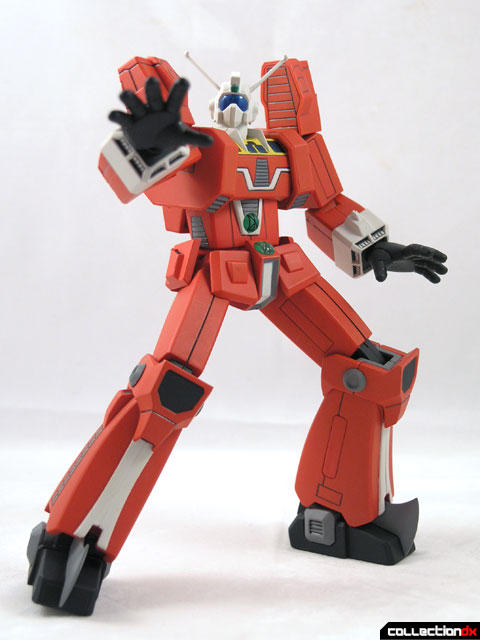 On the downside, the only accessories it comes with is an extra pair of fists (open and closed fists are included). It doesn't shoot anything, it doesn't transform, anything. Even the box is comes in is pretty lame. It probably takes up more space than it has to (increasing shipping costs in the process) without providing any really interesting artwork to make up for it. You won't display this box. 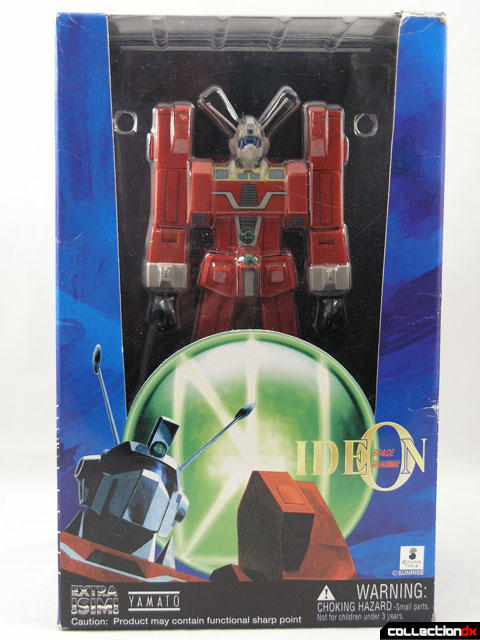 Standing at approximately 8" tall, Ideon is made entirely out of plastic. I think in many cases, it's this fact combined with it's roughly $40 price tag that turns a lot of collectors off. 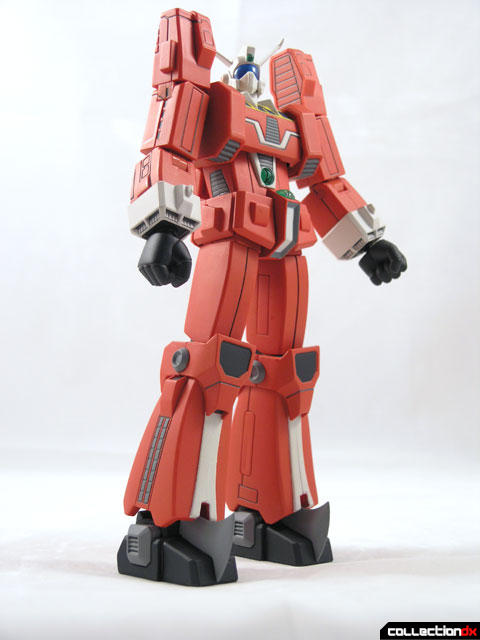 I totally agree with you that this is an awesome toy. I initially wanted one when it was first released but did not want to pay the whopping 5,800 yen plus international shipping. This toy was later relased domestically and i stumbled across one at Newbury Comics for 20 bucks. And have seen several others at other Newbury Comics. So if you are looking for this awesome toy at an awesome price, i suggest starting there.

We got the review toy at Newbury Comics as well. Great deal.

I even got a third one of these at a New Englad Comics sale for only $10. So they are out there for cheap if you keep your eyes open.

I bought it from ebay at 58$ and still think it's a good deal, it looks exactly like it appears in the anime.
If you are huge fans of it you can buy the Ideon gun from Japan too, the most over-kill weapon in super robot wars series.
Just to mention, the stomach part is little off the center ( you can see it from the 2nd picture too) , but overall it's great version of God of GM !