Released in 2004, the She Creature is an excellent display piece for monster fans. It stands 8" tall and is very accurate in it's portrayal of the monster. The detail is excellent. However, it doesn't do anything. There isn't any articulation at all. It's just a vinyl statue. It does come with a really cool resin base though. The front features the name of the character and on the back is a sign with the tagline from the movie. The circular base is split into two parts, with sand at the front and the waves against the shore in the back. It makes for a nice image of the creature emerging from the water.

There are tabs that insert into the monster's feet to keep her standing, but I found it extremely difficult to get them in. The toy comes in a cardboard box with a window on the front and is one of the AMC's Monsterfest line of toys. It's a piece that is a must-have for serious monster fans, but with no play value and a $40 price tag, others will likely want to pass on it. 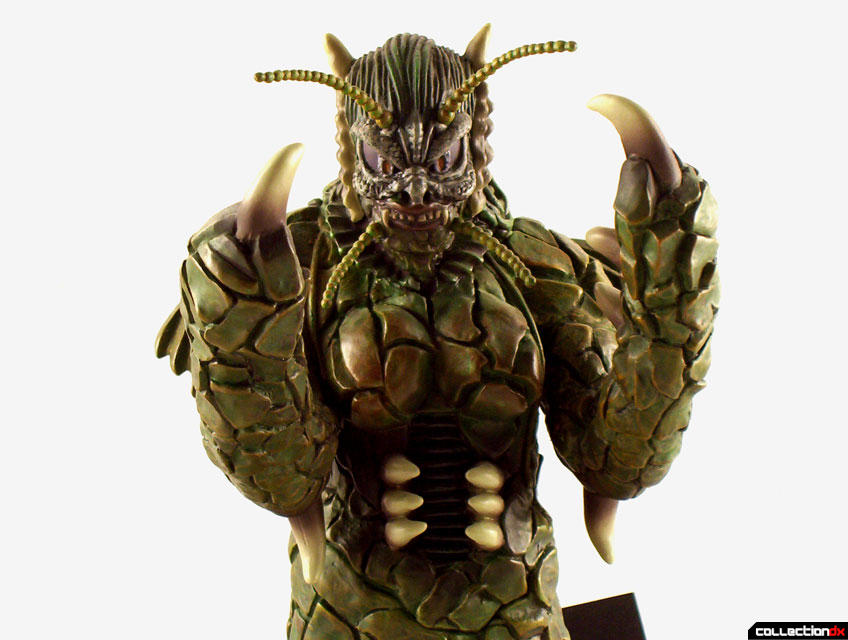 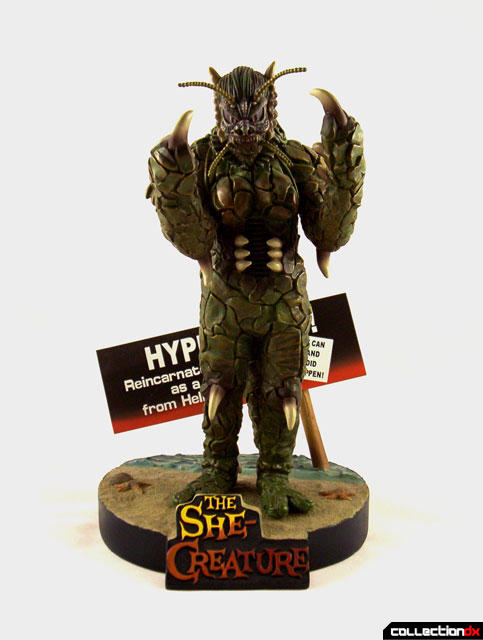 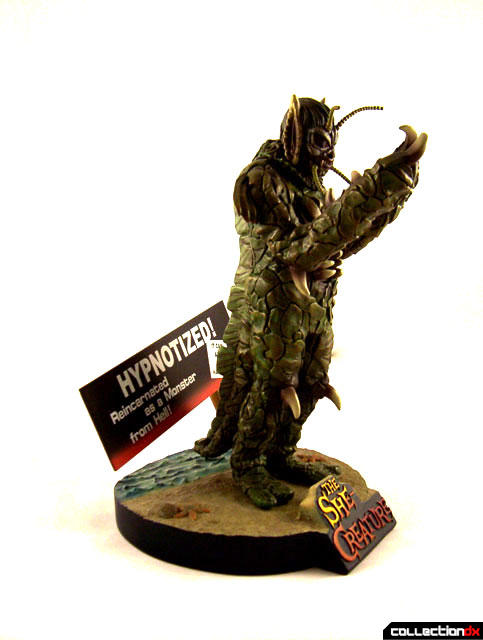 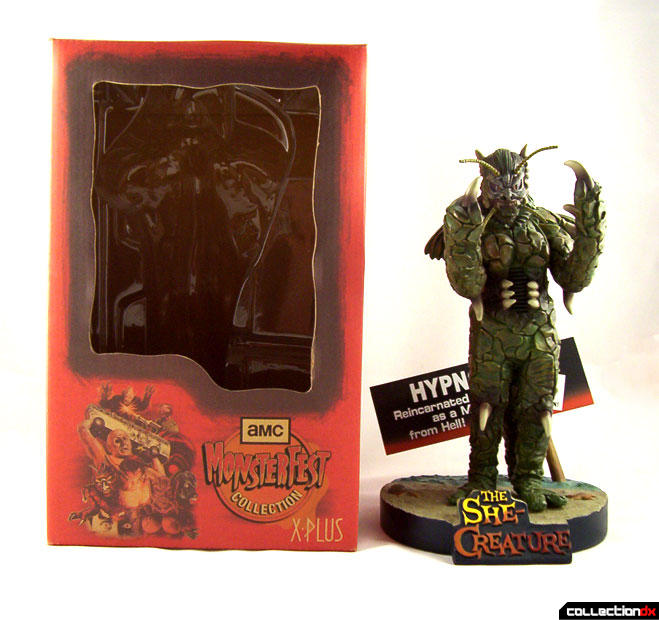 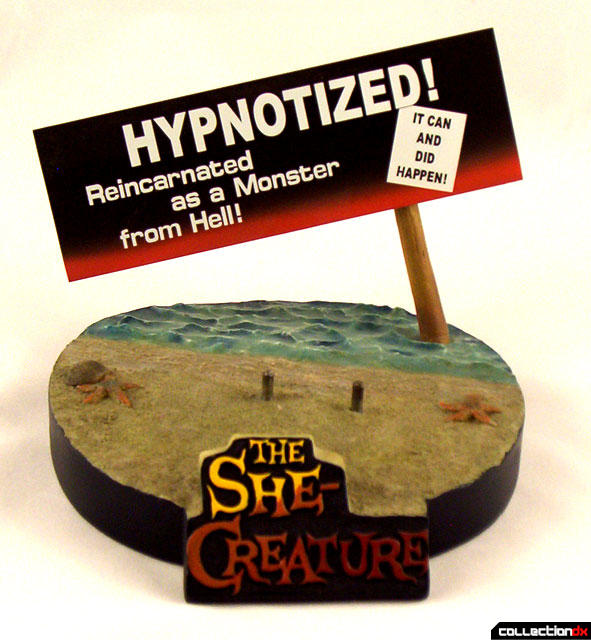 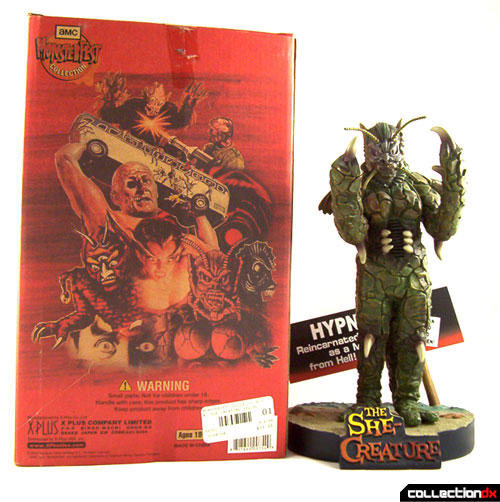 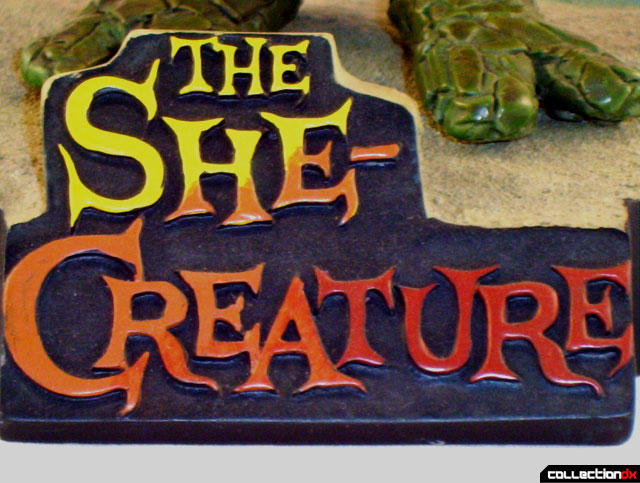