The RX-78GP02A Gundam "Physalis" was the first Earth Federation Mobile Suit to have Nuclear capabilities. 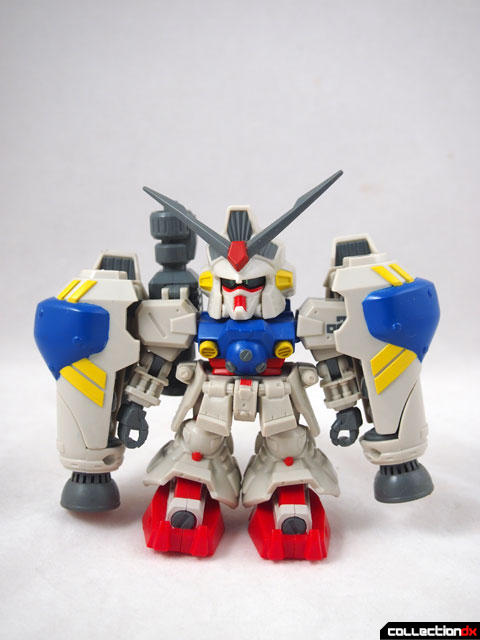 Originally appearing in Mobile Suit Gundam 0083: Stardust Memory, this behemoth has been shrunken down and given the SD treatment as part of Bandai America's SD Gundam line from 2004. 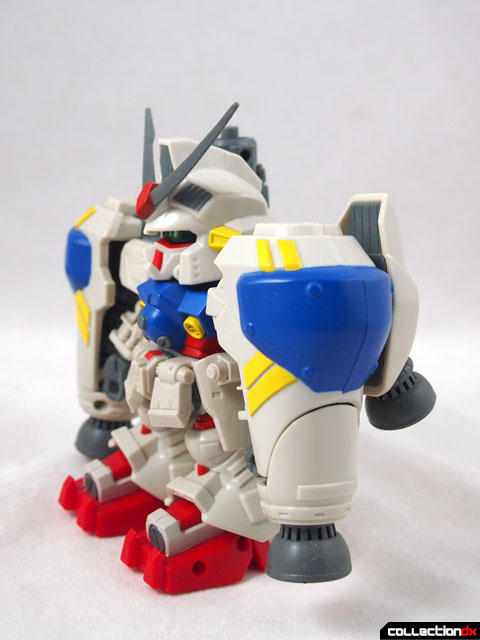 If you thought it looked bulky and cumbersome in its original configuration, the SD version is even worse. Still, it has a certain charm, and has a lot of things going on. 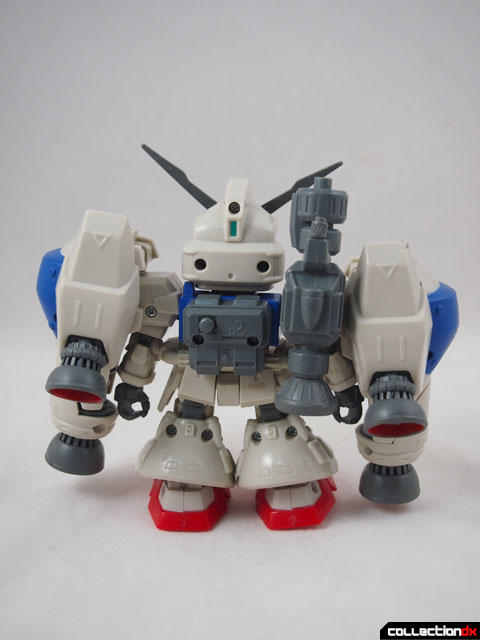 The reason the GP-02A is so bulky is that it has reinforced armor to survive a nuclear blast. This of course limits mobility, so large boosters have been worked into the suit.

The figure is made mostly out of PVC and hard ABS plastic. It feels very much like a toy.

The head can rotate and features light up eyes activated by pressing a button on the back. 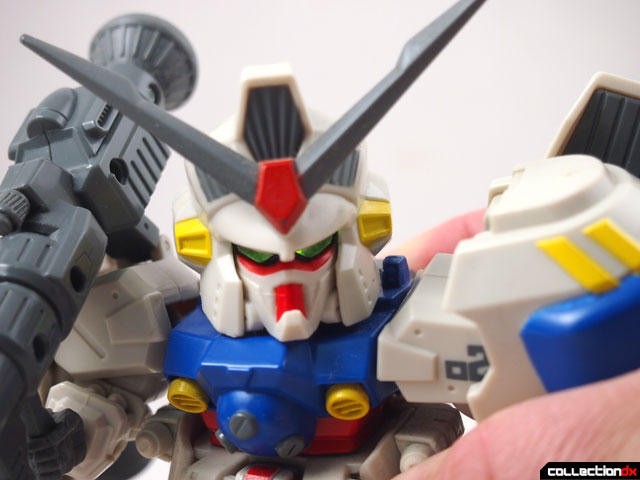 Each arm has massive shoulder armor that hide giant boosters. The armor can be opened up and spread out like wings, or left resting at the sides. 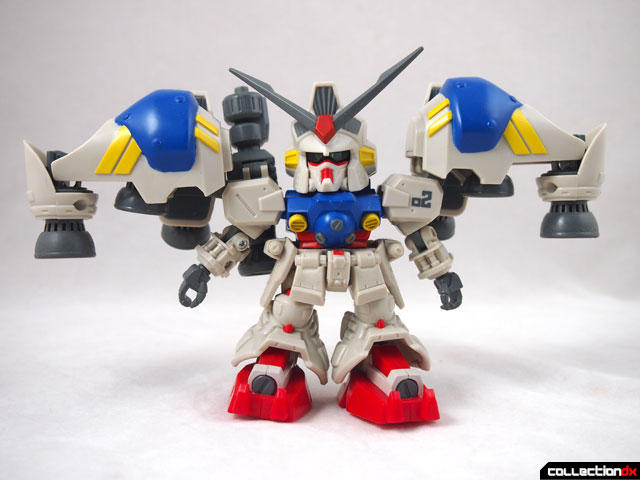 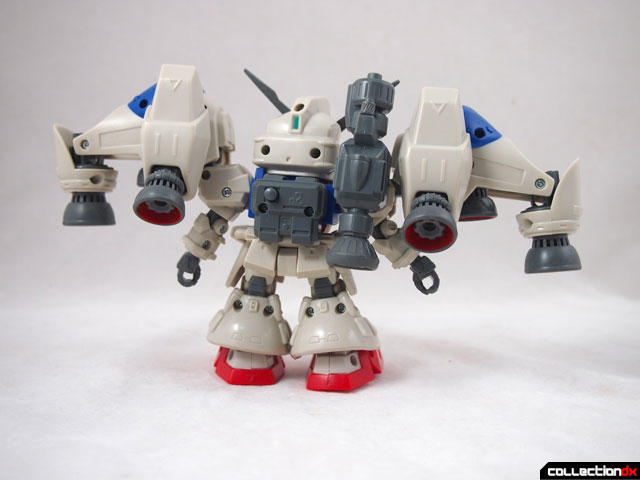 There are poseable arms underneath this armor, but it's hard to get a decent pose with so much bulk. 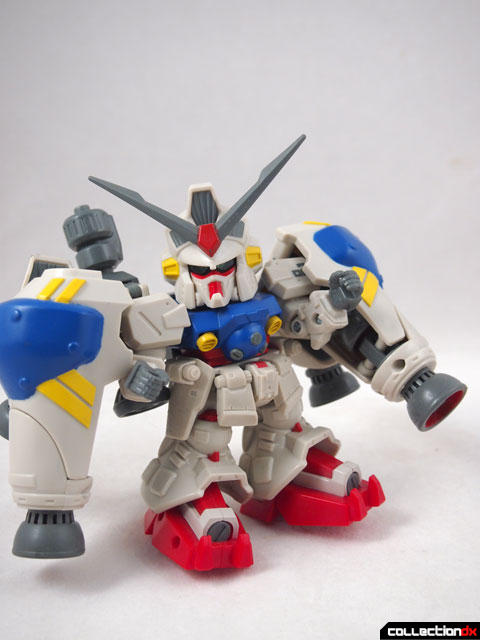 The legs do move at the hips and ankles, but they don't do much. 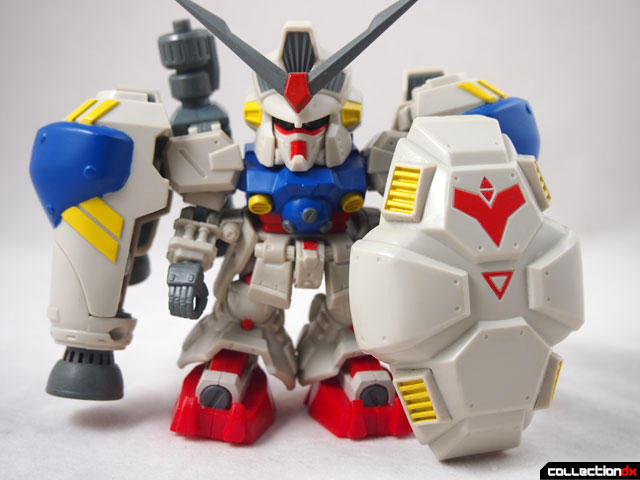 The big weapon of the GP-02 is the Nuclear Bazooka, which mounts on the shoulder of the unit. The Bazooka comes in two pieces - one of which can be stored inside the giant shield. 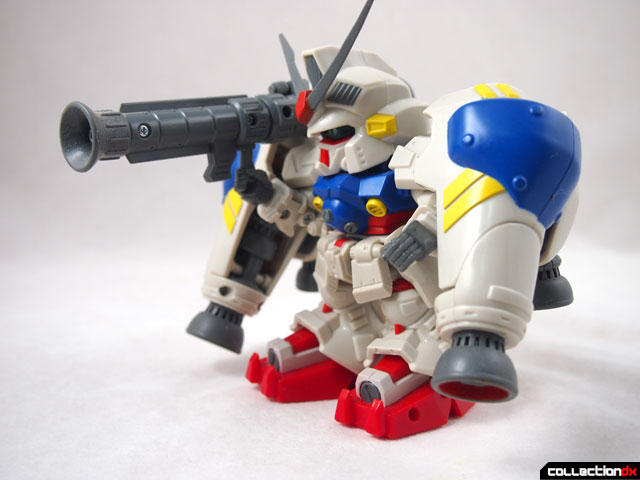 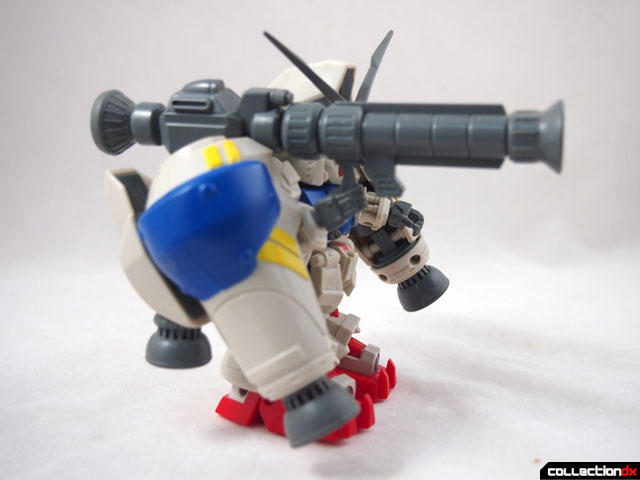 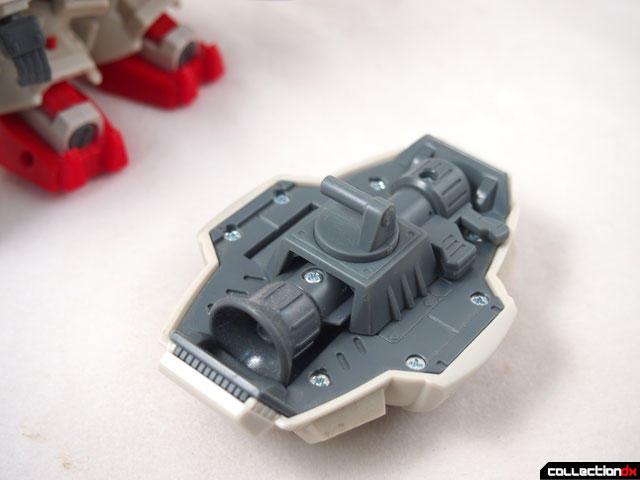 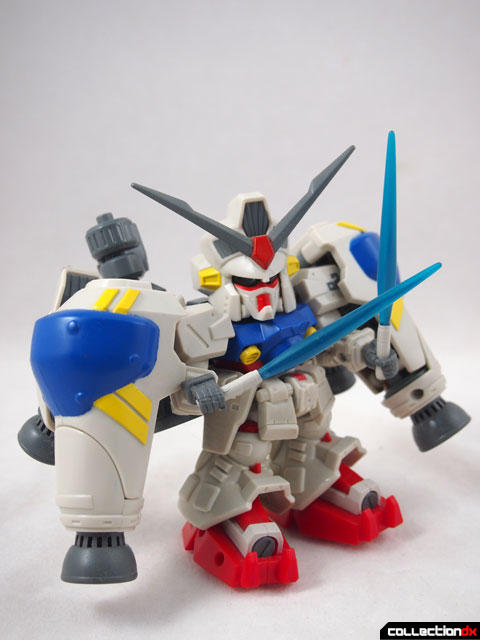 This toy was later released in Japan as part of the SD Archive Gundam series.

I collected the sd gundam figures and original sd gundam gashapons from japan and always like the designs and how they took the mobile suits and deformed them. this was one of those figures I waited on getting but after having it I was glad I got it the detail is nice and for what you get it was a great figure. I think the best of the sd gundam line though was the gundam wing and endless waltz based figures. I was always bummed that they never gave the tallgeese and tallgeese 3 (endless waltz) mobile suit the sd action figure treatment. I have hopes with the resurgence of the archive line will see them made. Ive seen a custom sd tallgeese 3 kit bash and it looked insane.