I’ve always loved the armored Valkyrie but somehow never got my hands on one. At this years summit someone was getting rid of a Yamato set. Now, I don’t really like my 1/60 Yamato, and I was ready to get rid of it, but I thought maybe I could dress it up with some armor. 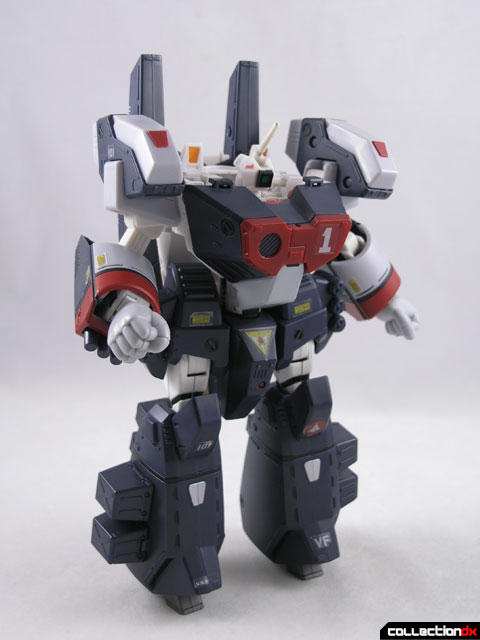 What a terrible mistake.

The Armor comes sold separately and has to be installed onto a 1/60 Yamato Valkyrie. None of the armor connects how I think it should have. Some parts are passable, some are just horrible. 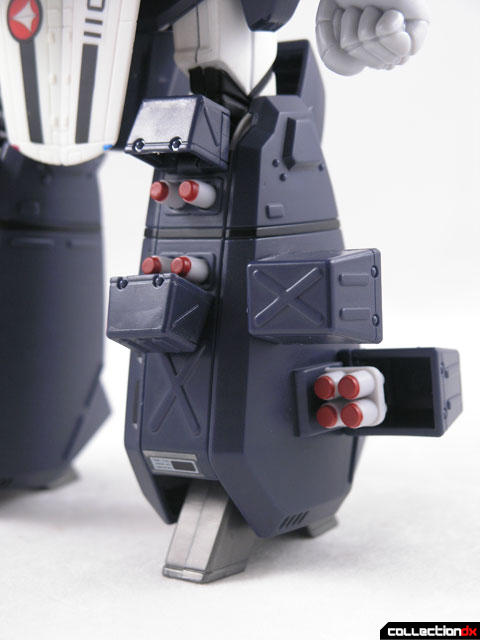 The shoulders, arm armor and lower leg armor are all well done. I don’t know if I like the big anime fists or not, but it doesn’t totally ruin it for me. The feet seem small with the armor on, so why didn’t they give anime sized feet? The chest isn’t also too bad, although it just clips on. The front door on the chest and the doors on the shoulder units open to reveal missile banks that don’t fire. 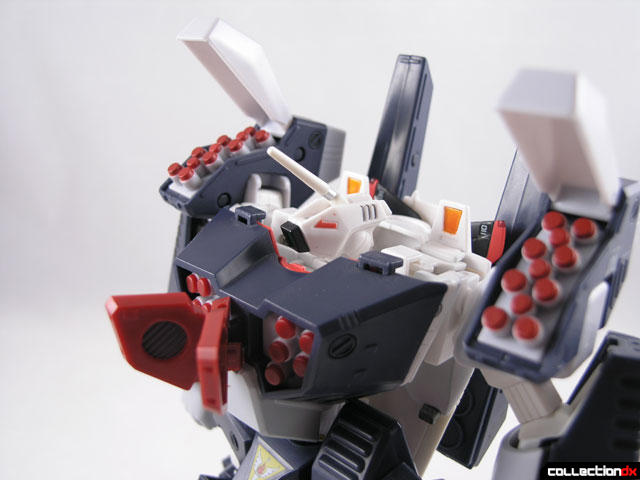 Everything else is bad. The booster pack on the back attach with a really flimsy bracket, and I have no idea if I’m even doing it right. It just seems half assed. 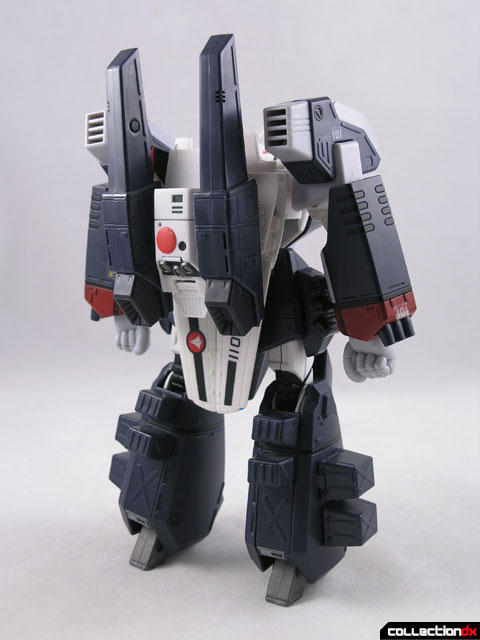 The crotch piece is actually 2 parts that connect together by incredibly small pegs. The thing comes apart just by looking at it.

Probably the biggest annoyance is the hips. We all know how these 1/60 valks attached at the hips – pegs that go into the nosecone. Well, when you add the hip armor, it adds thickness to the hip, meaning less peg to hook into the nose. Therefore, every time you pick it up, the legs fall off. 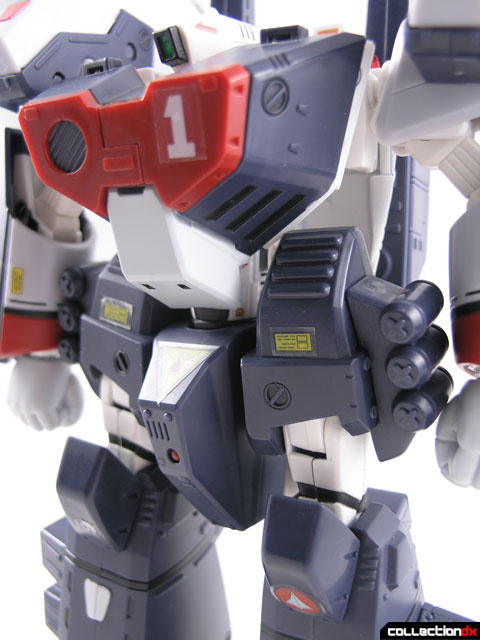 Now, part of the fault here could be mine, as the valk I used is the very first 1/60 made, and may not have been tooled to be compatible with the armor. But still, there are just too many things wrong here. Yamato has made great strides since this toy came out, but I can’t recommend this armor set to anyone. 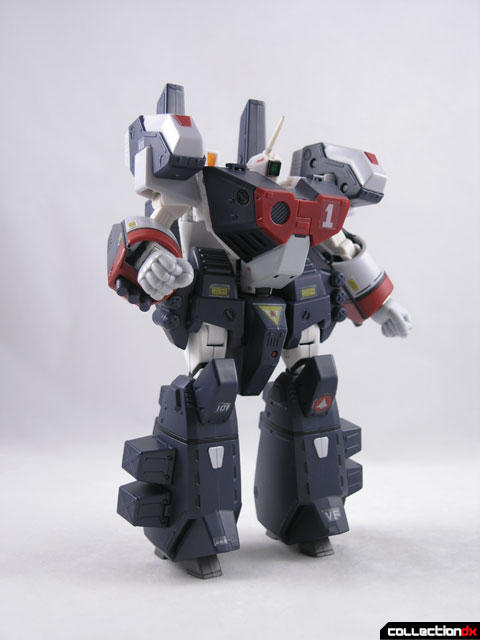 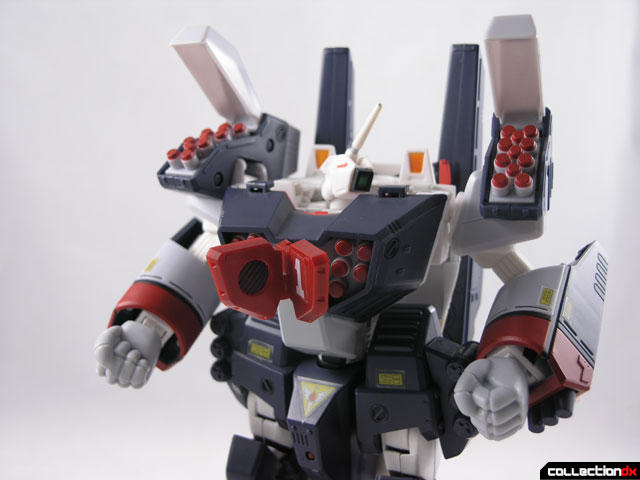 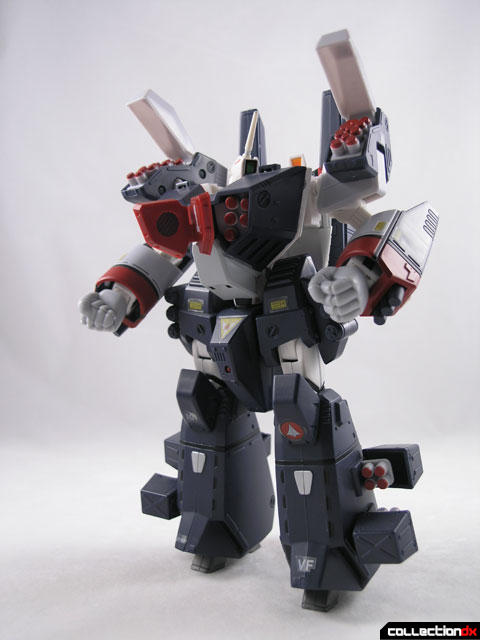 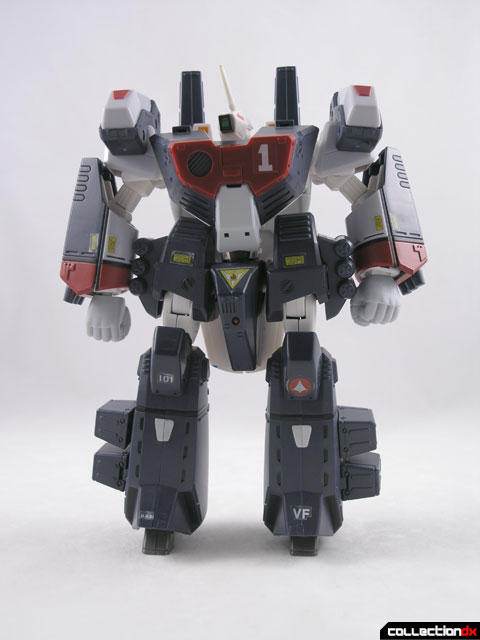 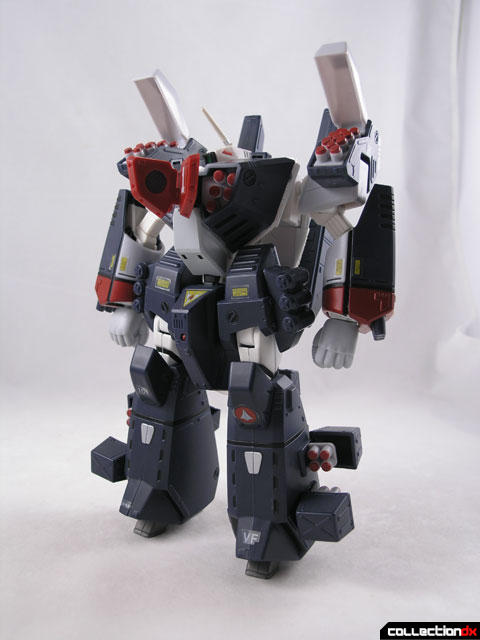 I bought one of these Yamato's at this year's ComiCon, and got the Super Valk AND Armor Parts.

Let's just say that the Super Valk parts are such a pain, I haven't even taken the Armor Parts out of the box.

I could have used this review in June, dude. ;-)

Still, sure does look good just standing there...

don't let this review of the 1/60 discourage you from getting Yamato's excellent 1/48 scale GBP-1S set. The armor attaches securely, the extra anime hands are more in-scale and look nice, and all of the missiles are removable. The only downside to the set is the huge box it comes in, but you'd be used to that already if you own a 1/48 Valkyrie.

I like mine. It goes well with my Max VF-1A. It does suffer from much of the same problems that happen when you try to armor almost any toy. Looking at you, Saint Cloth Myth.