At summer's end I sit back in my shop and reflect on my accomplishments between spring and fall semesters. Things left undone such as the Perfect Grade RX-178 (Gundam Mk 2 Titans) and the Master Grade MSA-0011EXT (Ex-S Gundam) that have been staring at me since this time last year and the things I did finish, such as summer semester science class, the Astray Red Frame, and killing the 6 foot 3 inch alligator that terrorized my grandfather's fish pond. However, while things were done, something was missing: a good old fashioned DAY BUILD! That's right, no phone, no interruptions, just me, the model and the day. So through the power of plastic and UPS, I got my hands on another SEED kit for my last days of summer, the Duel Gundam Assault Shroud. 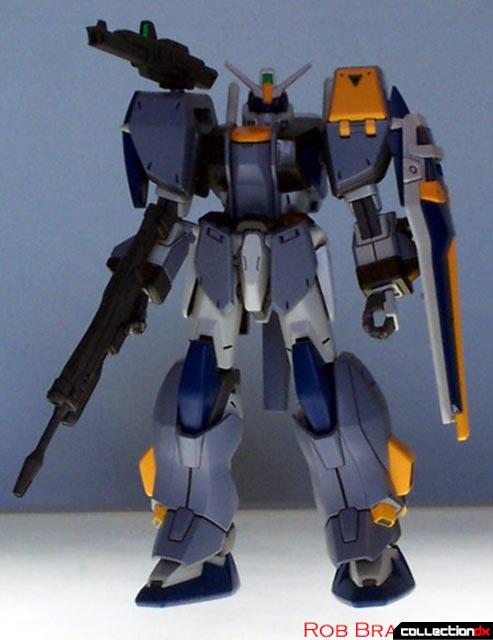 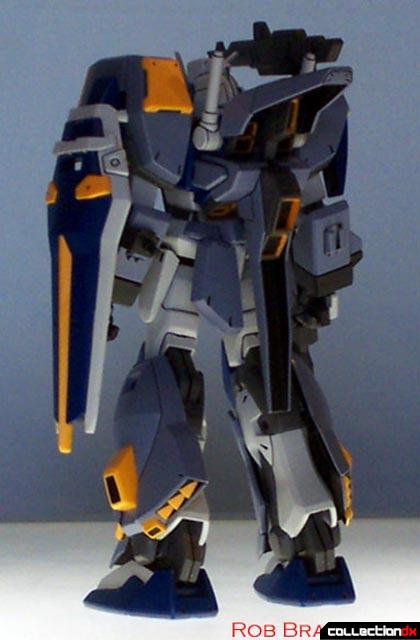 The GAT-X102 Duel Gundam is one of the first five Gundams from the SEED TV series. In the show's first episode it was stolen by ZAFT (Zodiac Alliance of Freedom Treaty) pilot Yzak Jule along with the Buster, Blitz, and Aegis Gundams. Although its design is the most simplistic, within four episodes it became one of the more vicious MS in the series. After an unexpected defeat to the GAT-X105 Strike Gundam, the Duel was outfitted with modified ZAFT armor and weapons, the assault shroud. 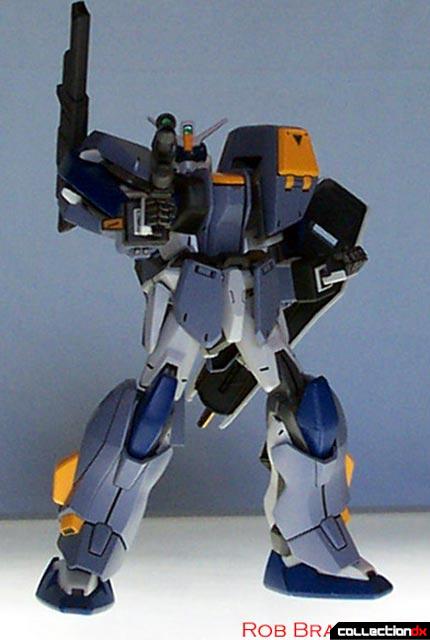 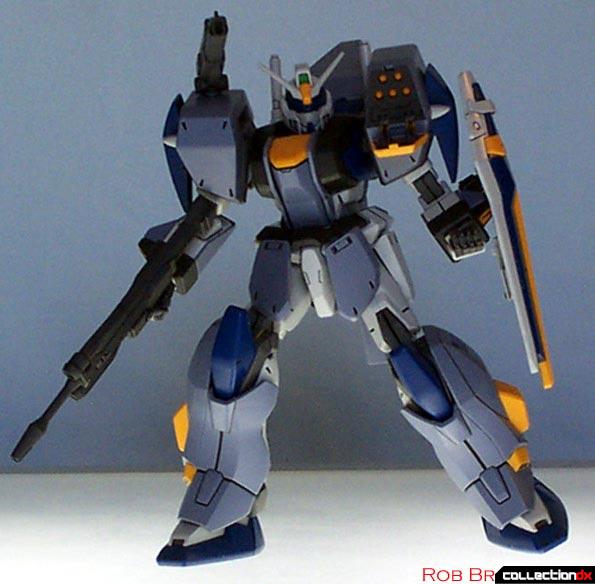 The Duel comes out of the box in its final colors and honestly could look very good if just built straight up without paints. For the first time in Primus knows how long I didn't bother to change the yellow parts' color. Not only that but because the parts were made to be more of a cream orange/yellow tone, they didn't need the change. The only painting I could suggest is on the back of the shield as always, sensor eyes (mecha, weapons, etc) and the insides of the vernier thrusters. A few paint apps exclusive to this kit that I suggest are small areas to the shroud armor that come as decals in the kit and the assault shroud's missile pod which comes molded in the armor's exterior color. Construction of the Duel is relatively the same as its design, simple. At times, construction is somewhat comparable to the Strike and the Buster. This includes the legs, arms, and feet. The head of the kit has a nice bit of work to be done, more assembly and some good detail painting to do. The back side of the clear piece used for the eyes has no obscurities to get in the way so painting on this side really improves the visuals. The Duel however has more work than the Strike seeing how the Strike lacks a permanent back unit. Also unlike the Strike or Buster (or the rest of the GAT series: the Blitz and Aegis), the Duel lacks skirt armor except for two hip guards making the lower waist into a solid section and allow the legs to have a good range of motion. The torso is a solid block with subassembly construction and a set of polycap jointed shoulder parts inside the upper torso block that allow an added 45 degrees of motion (forward) to the arms. 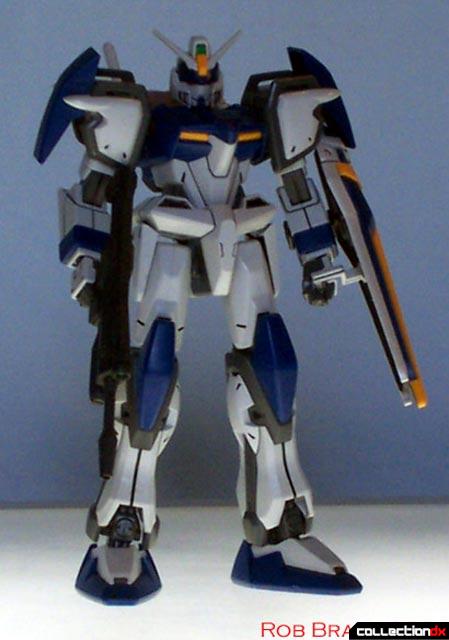 The Duel Gundam comes with two beam sabers that fit snug in both the hands of the kit and in their storage sockets on the Duel's backpack. Their beams however are the standard "bulb" tubes of clear pink plastic that are the standard of most if not all 1/100 scale Gundams. The rifle that comes in this kit is a combination beam rifle and grenade launcher. While the rifle is a three part assembly: side A, side B, and the barrel, the grenade is a separate half/half piece that fits onto the bottom of the rifle via a socket and flat peg. The shield on the Duel at first glance is identical to the Strike (and later Astray Red Frame), but it is the first SEED shield with the modified back: the flat sitting grip piece and the open polycap socket. These changes were done in order for the model to hold the shield properly while the Assault shroud is attached. While it might make up a piece of the model itself, the assault shroud is more of an accessory construction. Historically, this isn't the first Gundam to receive a series of armor, such as the NT-1 Alex from Gundam 0080 with its (IMO) nightmare-to-build CHOBAM armor. The shroud armor of the Duel is not as complex but it works well with multi-color runner construction. The detail is crisp and fits tight against the Duel thanks to a series of hard points to hold the armor in place. While the added skirt armor inhibits most of the legs' articulation, the armor doesn't deny the Duel from its unarmored level of articulation. Its arsenal includes the polycap jointed rail gun on the right shoulder and the hinged missile pod on the left. Also note that for connecting the shield to the armored forearm, there is an alternate mounting bracket that slides into a slot on the back of the armor. For the record, the armor can be easily removed and put back on.

The Duel Gundam is another nice addition to the SEED 1/100 scale roster. If you're looking for a well armored MS or if you're into the SEED series, it's a must. Or if you want a good way to end a mild summer, this model's worth the 12 hours start to finish.