I haven't purchased a Star Wars item since the great overkill of 1999 (aka the Phantom Menace), but when I saw this Boba Fett on clearance at KB, I had to pick it up. Boba Fett has always been one of my favorite Star Wars characters, and this looked like a really good likeness of the character at a killer price. 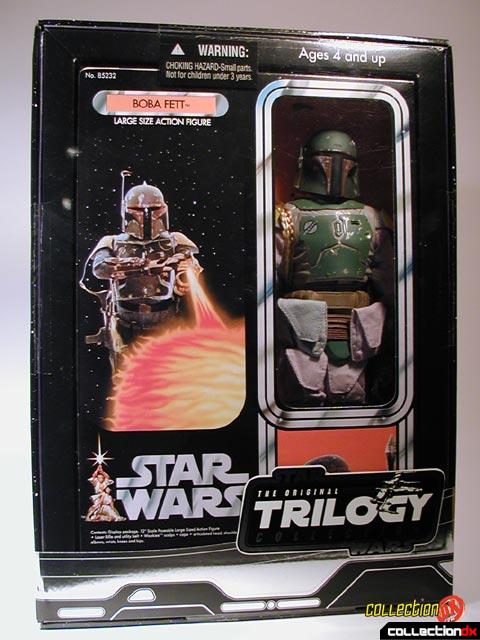 The 12" Original Trilogy Collection Boba Fett is the best big scale rendition of the character released in the US. It's a totally new figure, entirely different from the last issue of the figure a few years back. 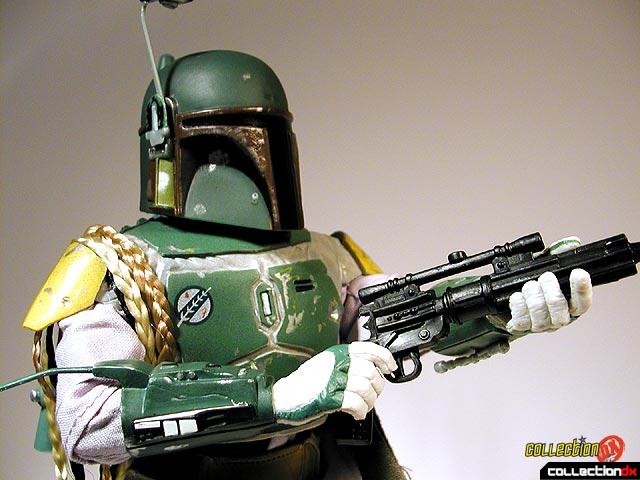 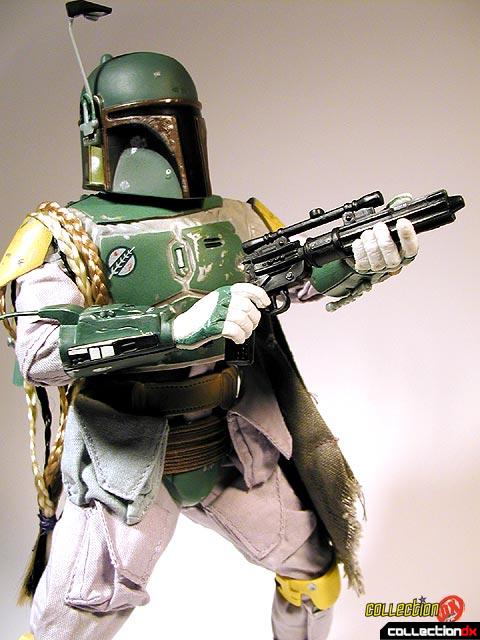 Boba Fett features a fully-articulated body with a cloth jumpsuit. Plastic armor bits are attached to the suit, along with a cape and other things. The detail in this figure is amazing. Boba Fett looks as if he jumped out of the movie. 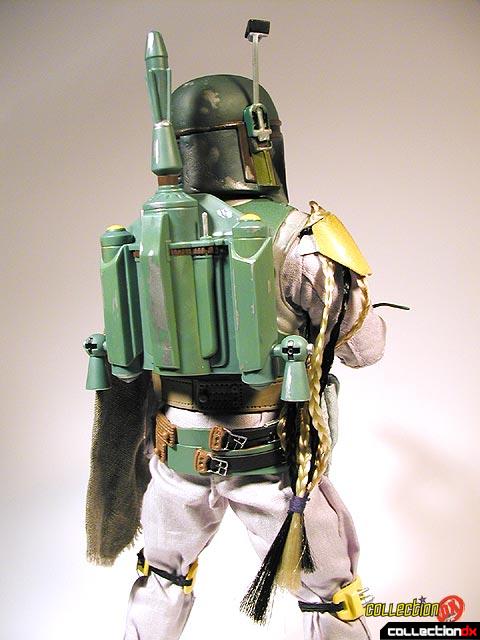 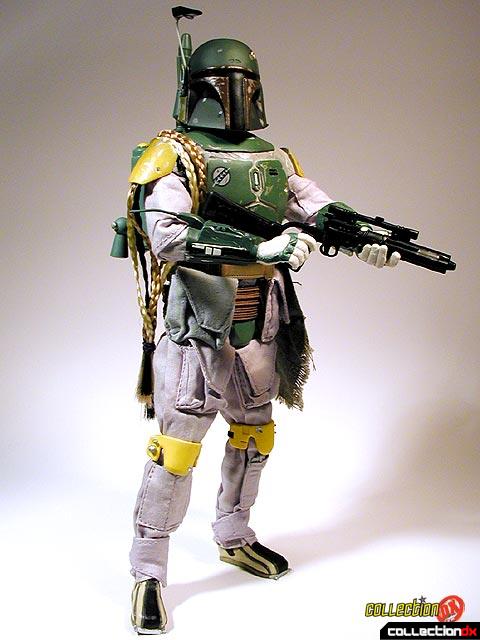 The figure has tons of cool little features, such as a drop-down viewfinder on his helmet, opening pockets secured with Velcro, small tools in the pockets of the pant legs, blaster rifle, removable jetpack, and of course, wookie scalps. 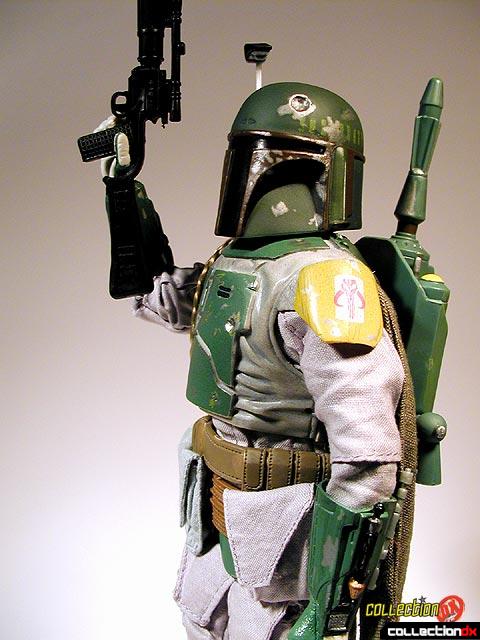 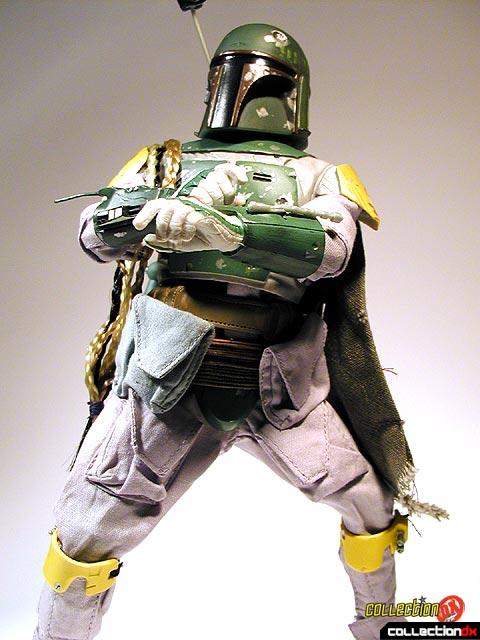 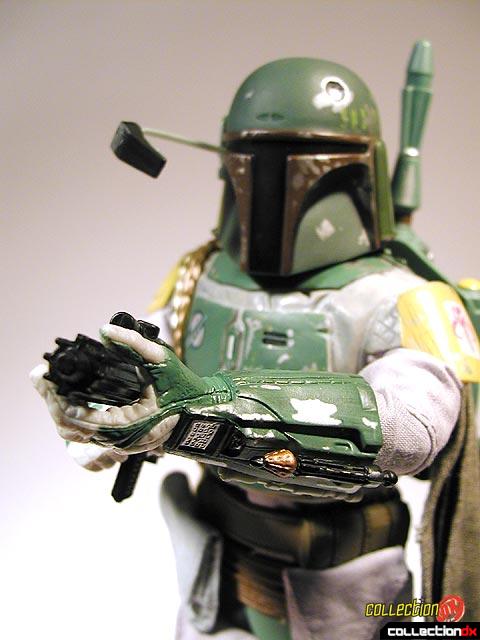 What really sold me though was the retro-styled box. It's the exact same box as the first 12" Boba Fett (except for some copyright information), wrapped in a protective outer box.

The only complaint I have is that Hasbro cheaped out on the backpack. It is just one piece of vinyl. The missile doesn't launch, and the boosters don't turn. Otherwise, this is a great figure!