This Raideen is part of Bandai's THE Chogokin line. THE Chogokin are 3/4 scale reissues of classic chogokin toys. 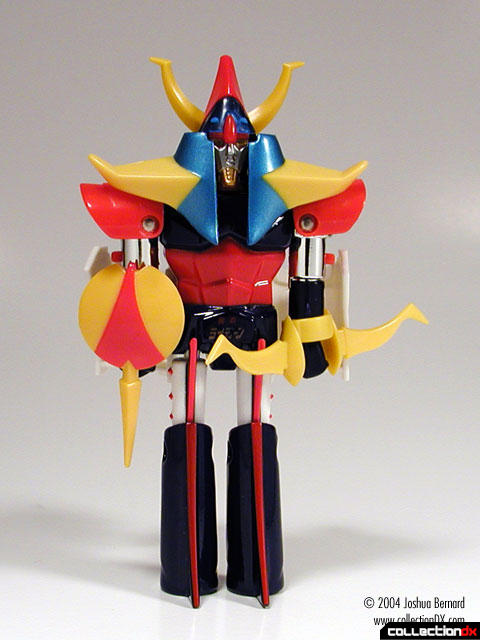 The original Raideen Chogokin, GA-09, was first released in 1975. It was one of the first die-cast transforming toys ever made. Like it's ancestor, the GT-06 features a smooth transformation from robot to god-bird mode. It even has firing fists like the original, as well as a detachable shield and bow. 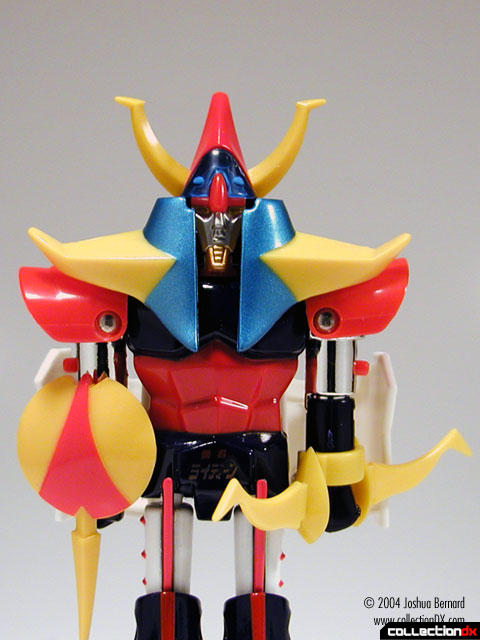 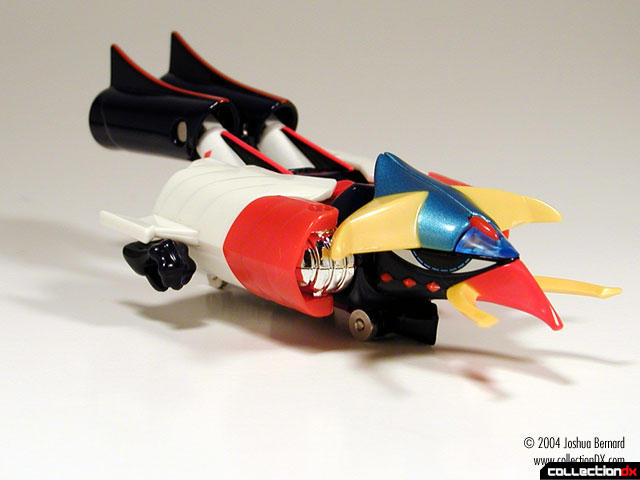 One of the more interesting things about this toy is that they chose to go with the white-leg version. The very first version of the Popy GA-09 featured white painted legs, subsequent versions where chrome. 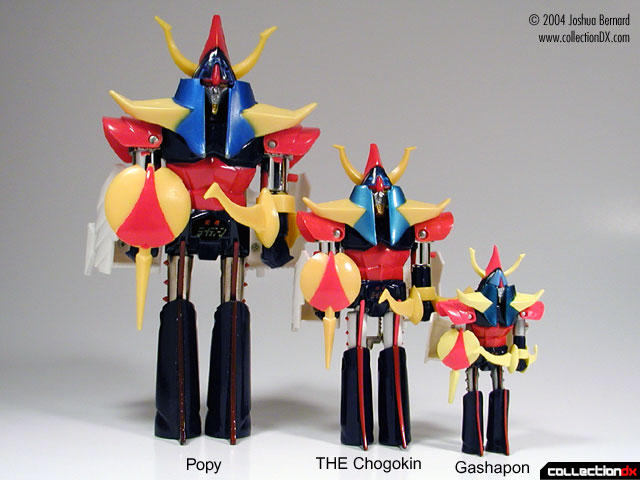 This toy is close to perfect. It is solid and well balanced. My only complaint would be that the weapons are made out of a flimsy rubber material.

Raideen comes in a classic Popy-style box, and even has a styrofoam tray.