This is what a Gundam figure should be. It has a special metal skeleton that gives the figure a satisfying weight, along with superior articulation. 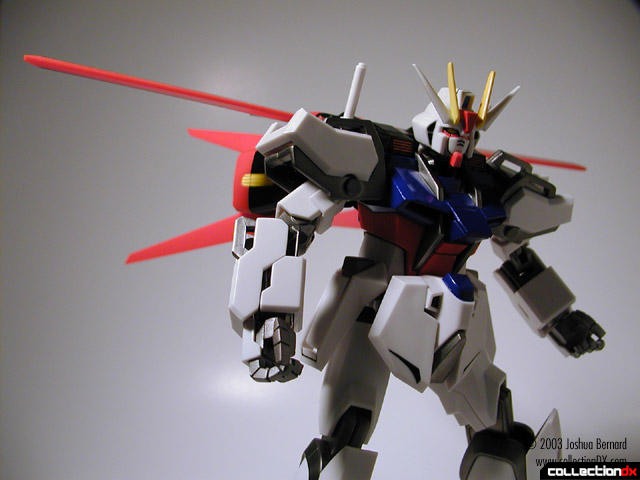 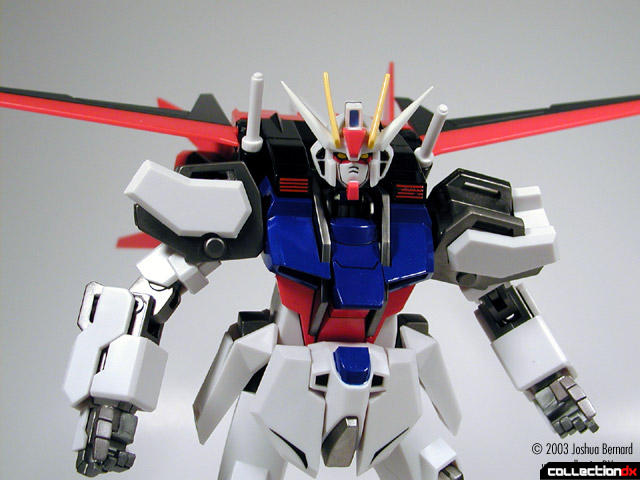 Strike Gundam is the main mecha in Mobile Suit Gundam Seed. It comes with the backpack, which can be formed into Aile Strike Gundam mode. 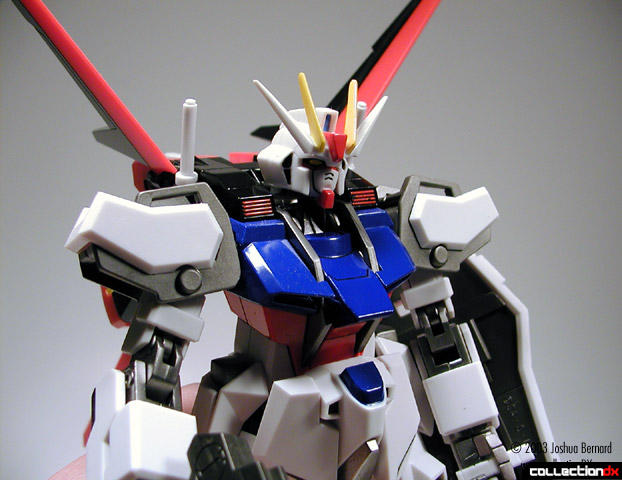 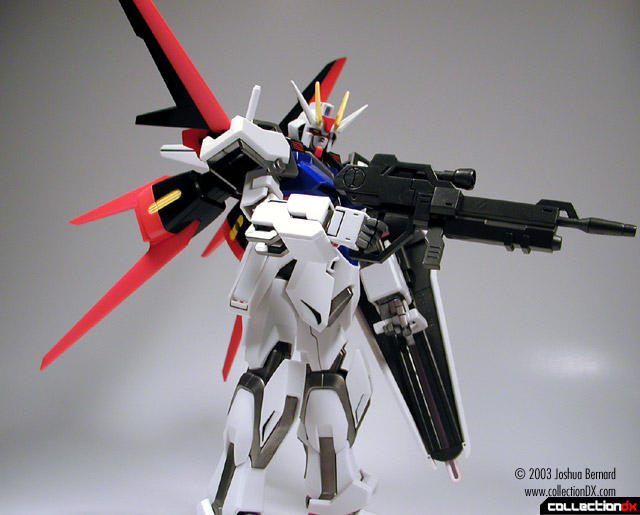 The metal skeleton features double jointed elbows, knees, and shoulders, as well as countless other points of articulation. Without the armor on, the skeleton can achieve some fantastic poses. Unfortunately, once you add the 37 pieces of armor, poses are limited. There are some modifications you can make to the armor to make it more poseable, if you are adventurous. 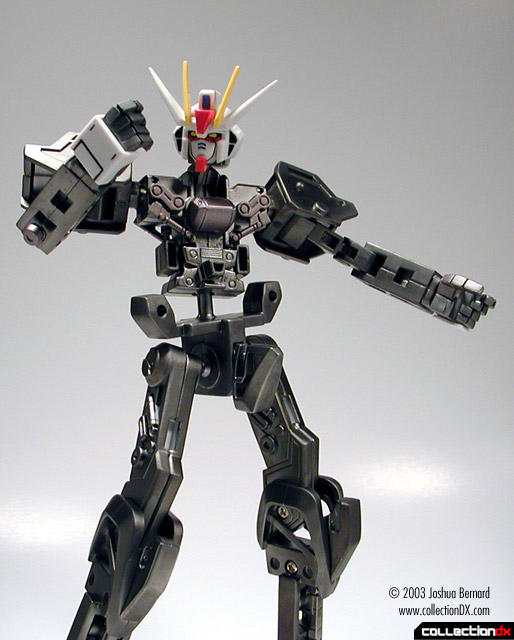 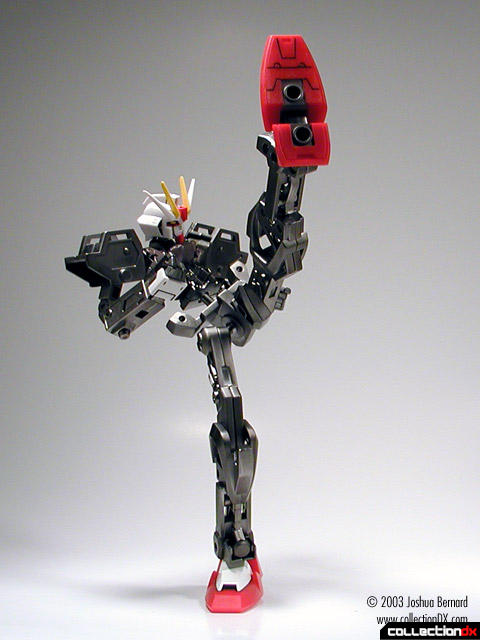 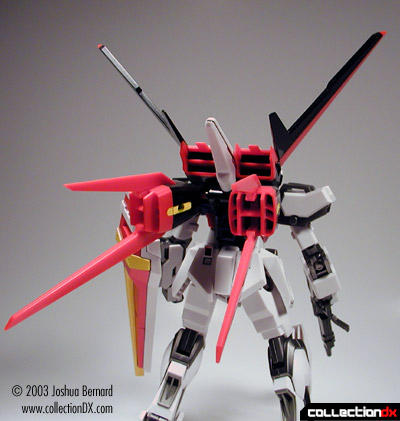 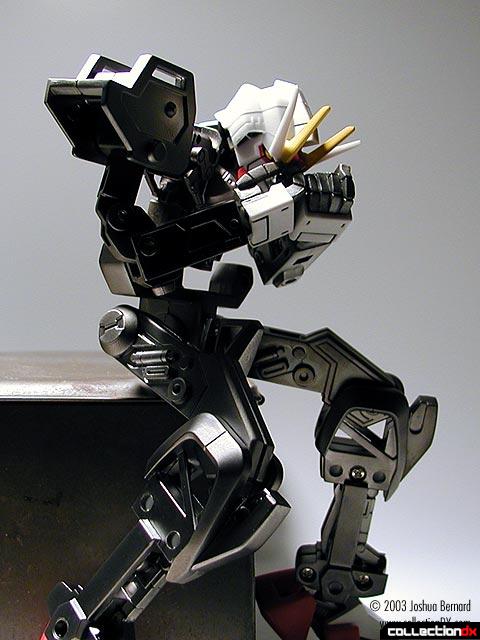 The armor stays on well enough to be able to play with it and not have it all fall off on you, but you can still take it off to just play with the skeleton when you want to. Bandai did a great job on the design of this toy.

You wont be sorry adding this toy to your collection. Bandai later released a version of this toy called Metal Material Launcher & Sword Strike Gundam, which includes different accessories.